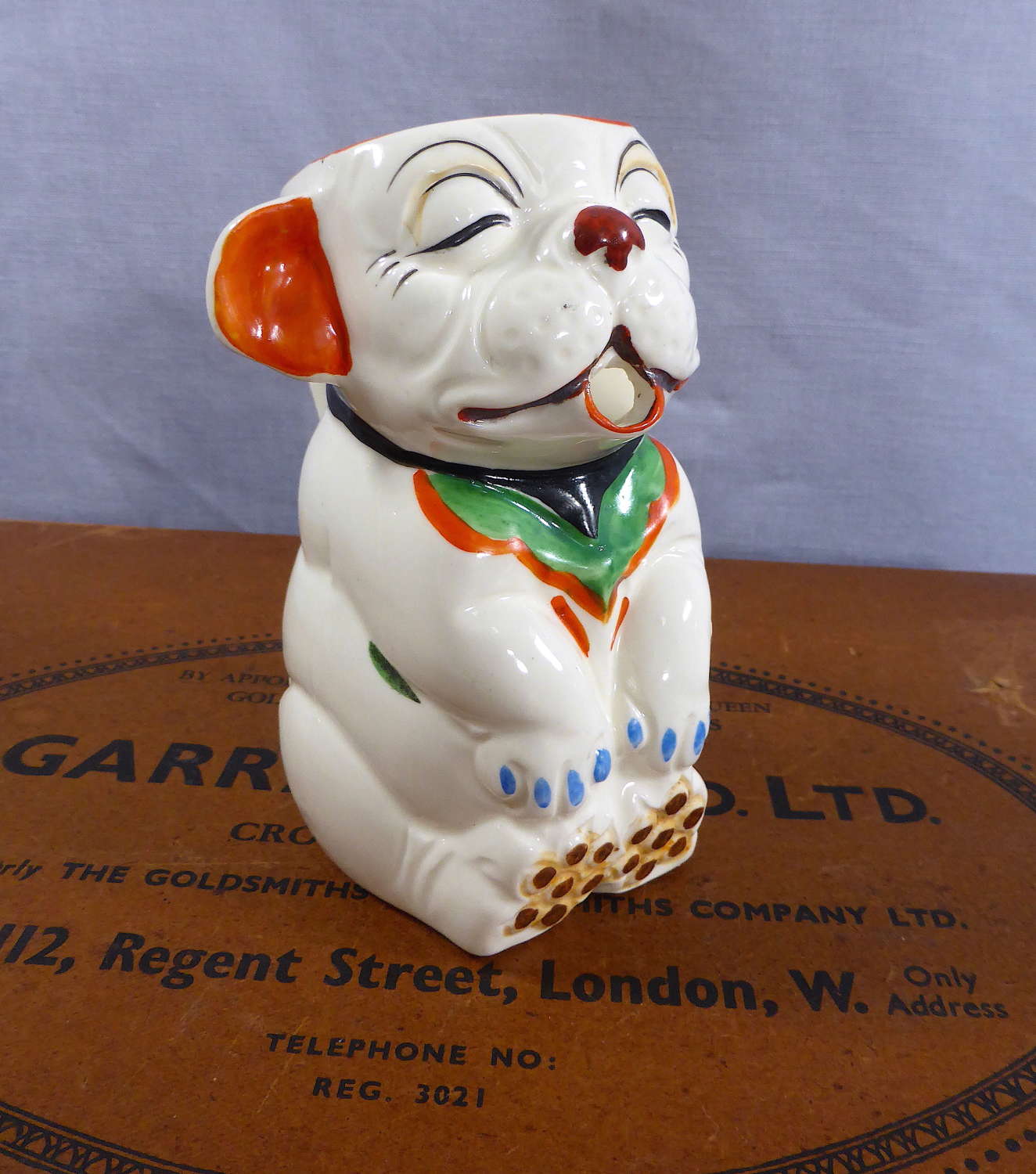 A charming novelty cream jug in the form of Bonzo, a naughty little dog devised by illustrator & cartoonist George E Studdy (1878-1948). He first appeared as "The Studdy Dog" in "The Sketch" in 1921 and became known as Bonzo in 1922. His popularity increased through the 1920s and he appeared in various publications and even on film. Numerous products were also made featuring the little dog. By the mid 1930s, his popularity had started to wane.

This jug dates to the late 1920s. It is made of earthenware and has been handpainted. It bears no maker's marks. 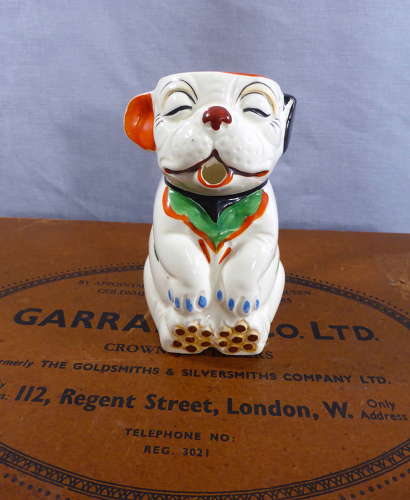 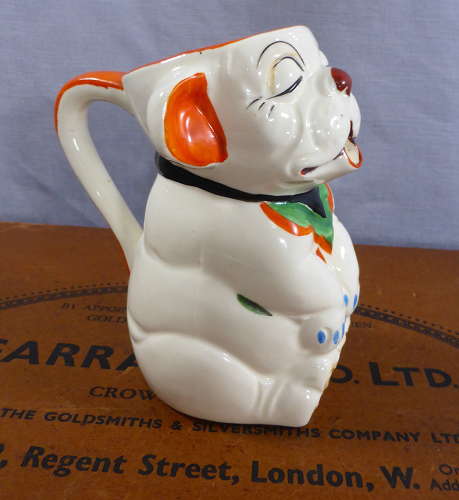 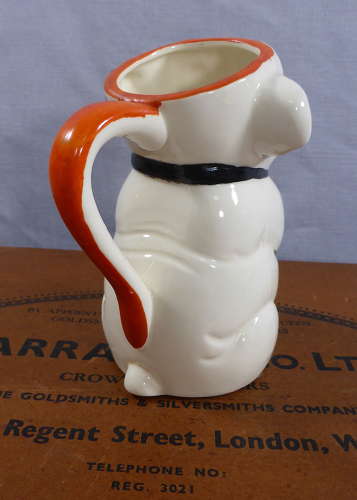 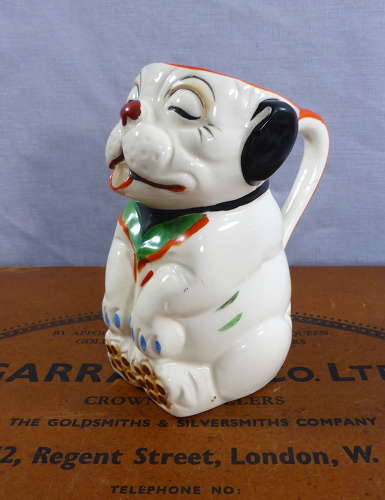 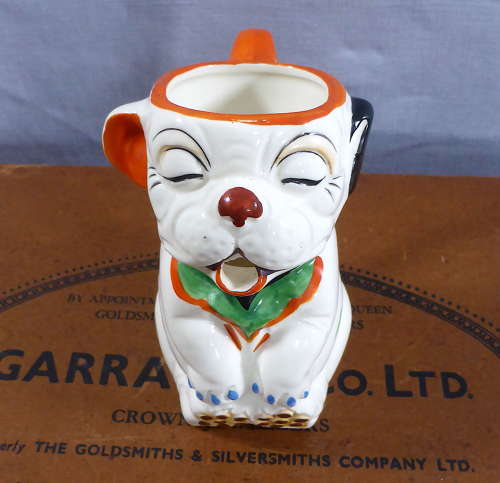 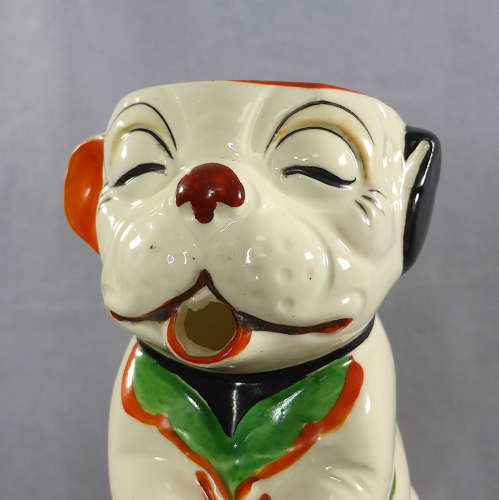 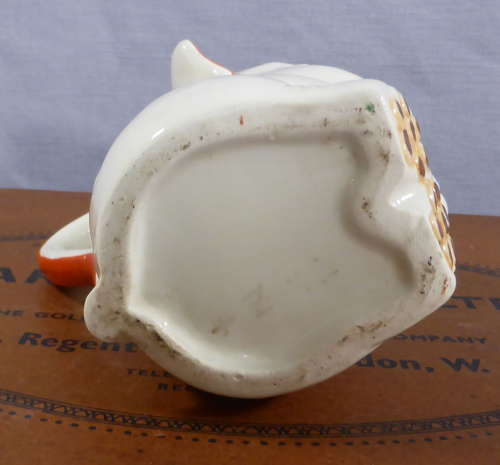