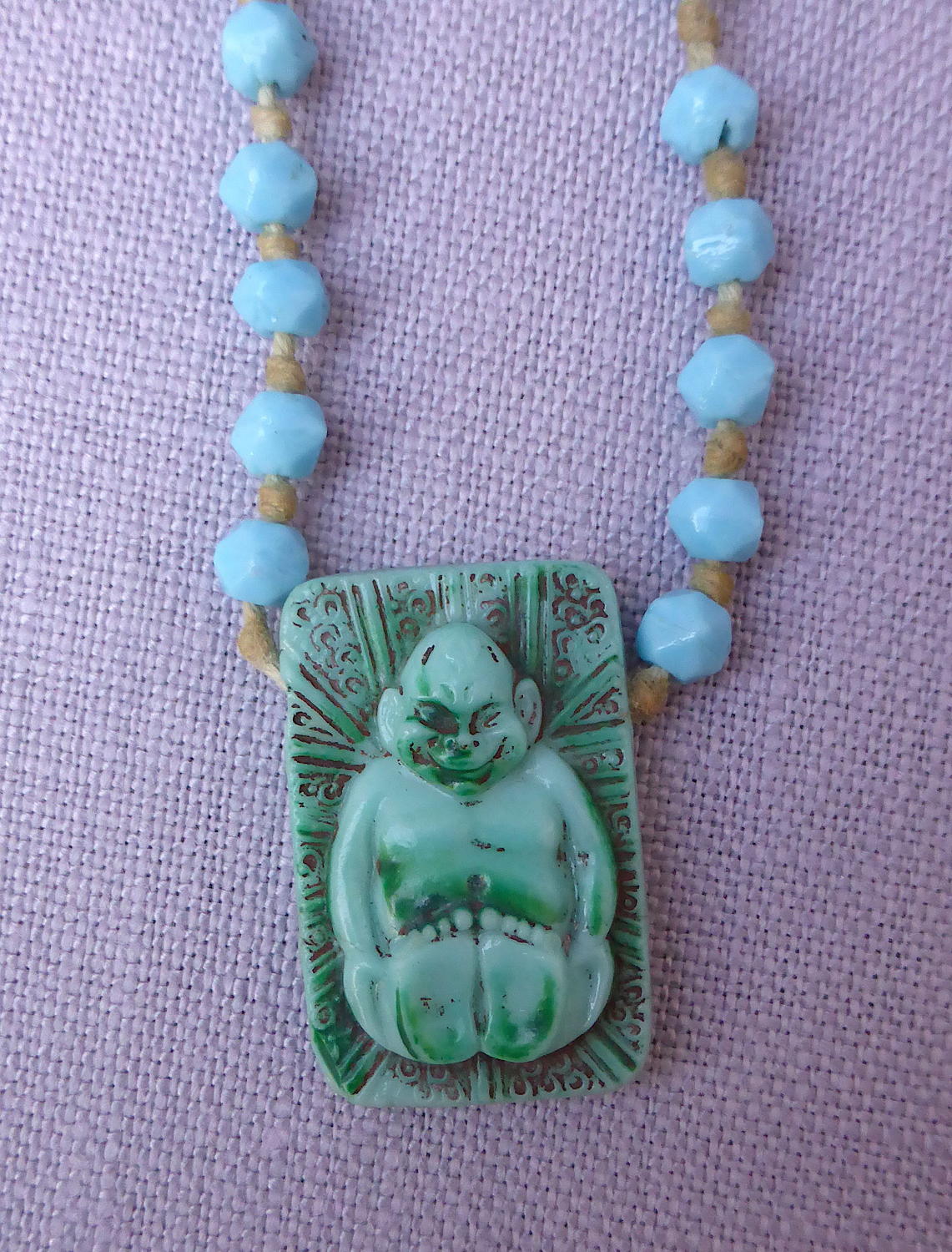 A beautiful Art Deco necklace in the Egyptian Revival style, made in Gablonz, Czechoslovakia in the early to mid 1920s. This piece was made by the Neiger brothers and was produced in response to the craze for all things Egyptian that followed the discovery of the tomb of Tutankhamen in 1922. It is made of opaque light green and turquoise glass beads. Six larger beads are impressed with images of ancient Egyptian style figures, and in the middle is a large moulded glass bead featuring an embossed Billiken.

Billiken was a character created in 1908 by American illustrator Florence Pretz. He was the totem of the 'Church of Good Luck', a pseudo self-help movement that sprang from the American 'Mind Cure' craze popular in the early 20th century. It was believed that purchasing a Billiken charm would bring the purchaser good luck. It was considered even better luck to be given a Billiken. His popularity was short lived and waned before the start of WWII. 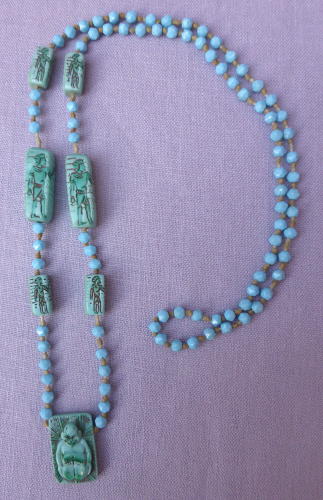 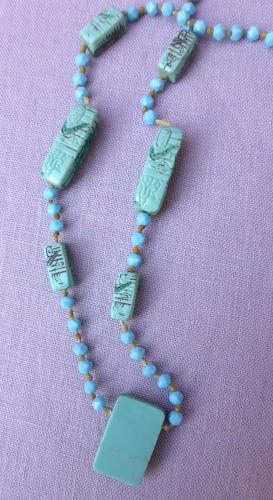 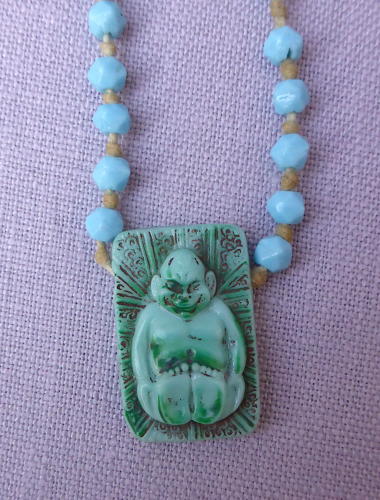 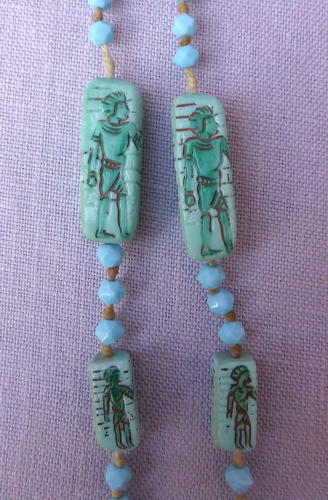