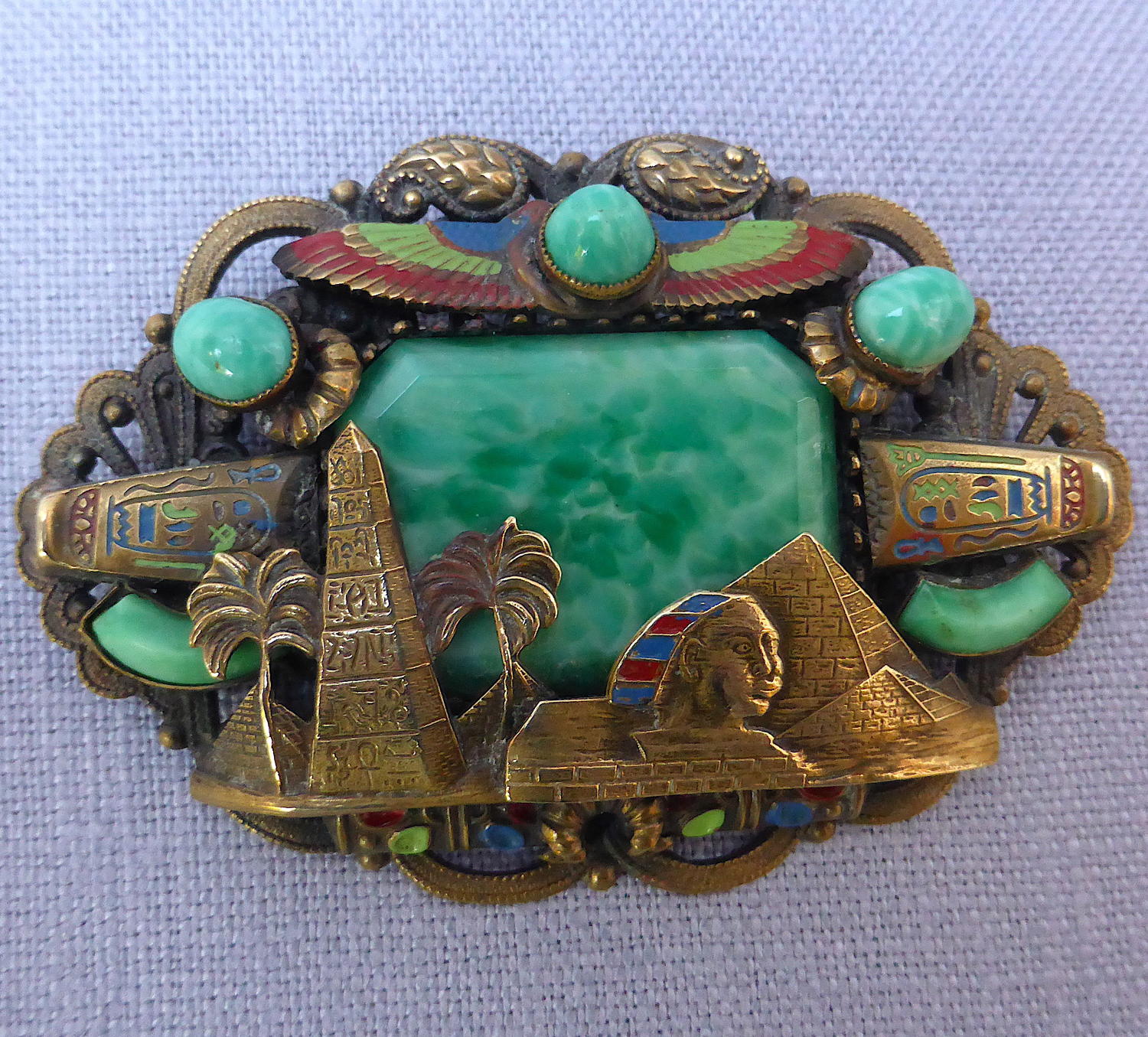 A large Art Deco brooch in the Egyptian Revival style, made in Gablonz, Czechoslovakia in the early to mid 1920s. This piece was made by the Neiger brothers and was produced in response to the craze for all things Egyptian that followed the discovery of the tomb of Tutankhamen in 1922. It bears all the hallmarks of pieces made by the Neigers, with its gold-tone filigree metal back, the use of cold enamels and opaque mottled green glass, often known as Peking glass because of its resemblance to jade. It is teeming with Egyptian motifs including the Sphinx, the Pyramids of Giza, a winged scarab beetle and an obelisk with hieroglyphs. 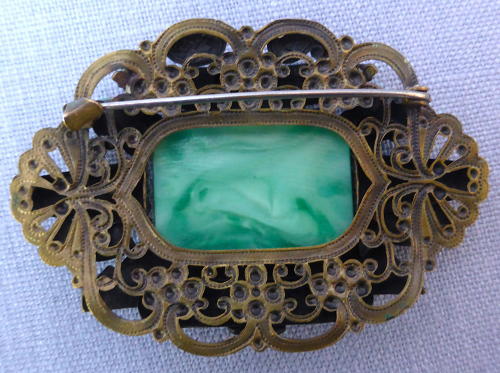 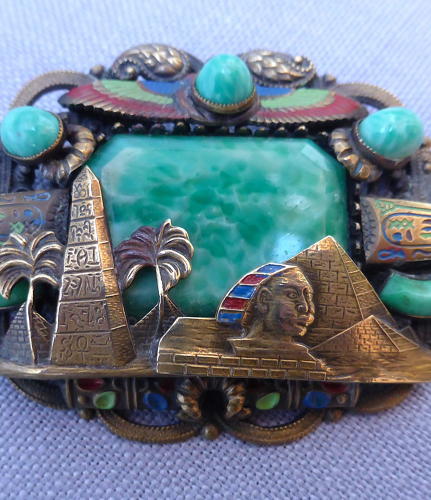