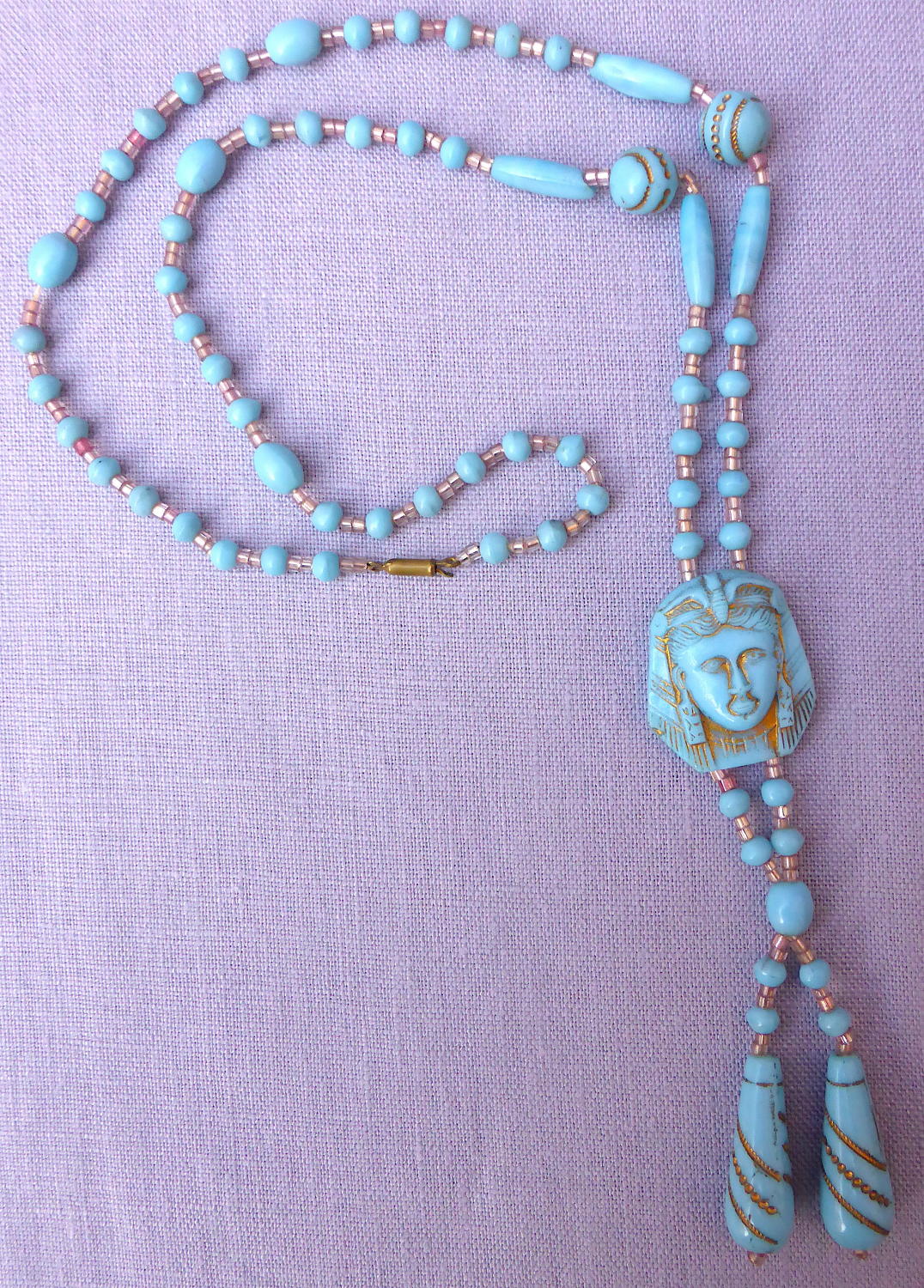 A beautiful Art Deco necklace in the Egyptian Revival style, made in Gablonz, Czechoslovakia in the early to mid 1920s. This piece was made by the Neiger brothers and was produced in response to the craze for all things Egyptian that followed the discovery of the tomb of Tutankhamen in 1922. It is made of opaque turquoise glass beads with gold highlighting, interspersed with clear glass faceted beads. In the middle is a large moulded glass bead in the form of a Pharaoh's head. 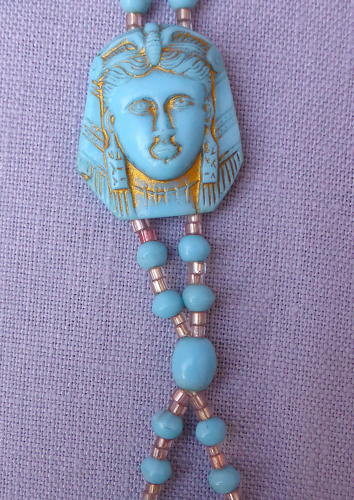 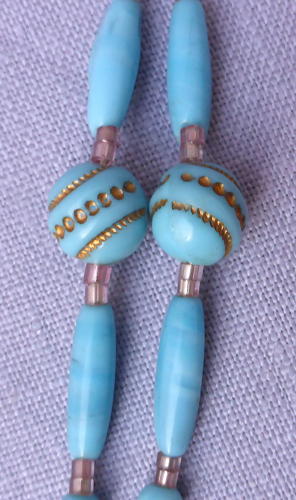