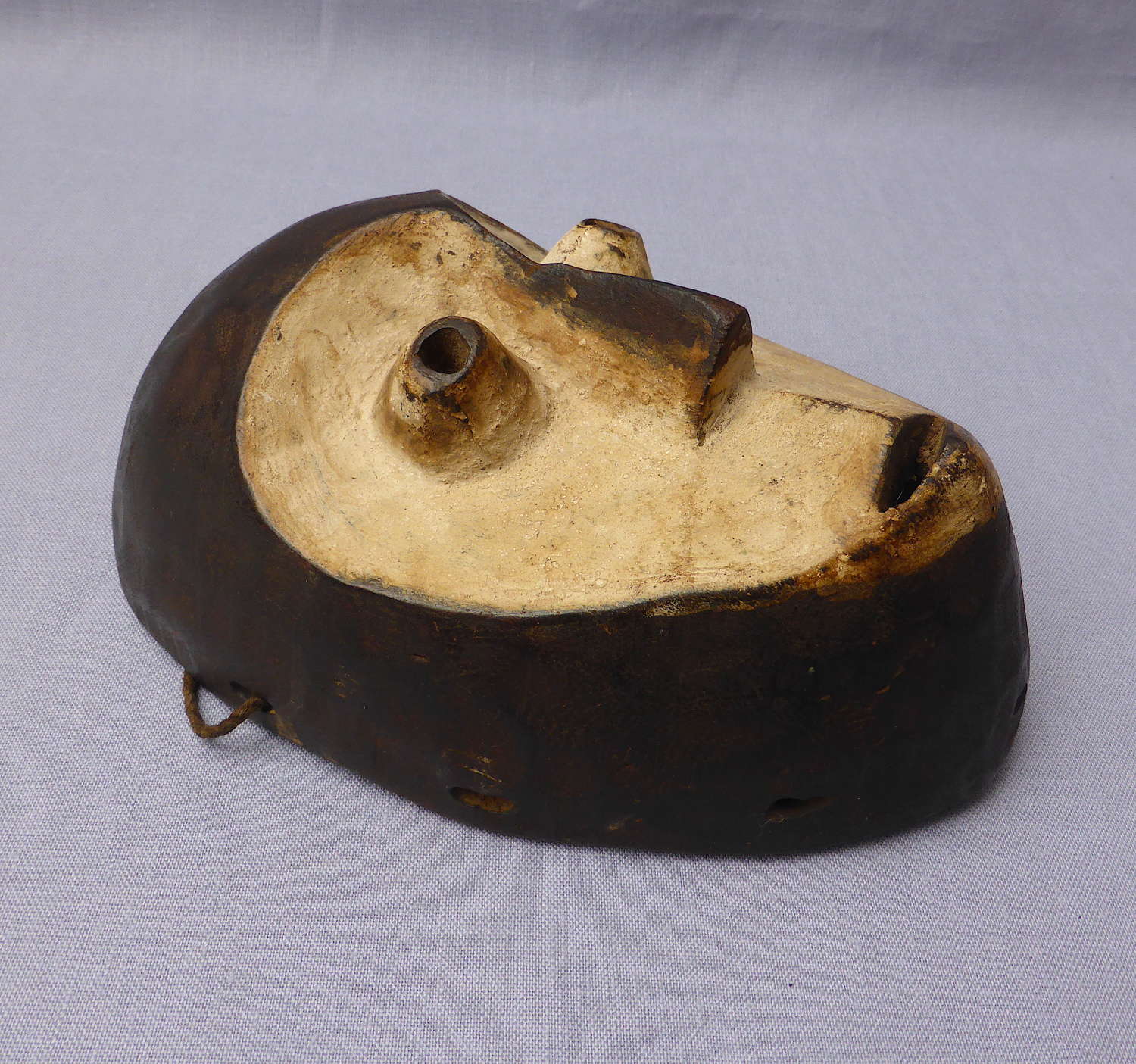 An interesting carved wooden tribal mask, made by the Lega people of the Congo in the early to mid 20th century. This is a ceremonial mask made for initiates to the Bwarmi, a hierarchical society that regulates the social and political lives of the Lega. It is nicely carved and has kaolin pigment to the face. There are holes round the edge on the bottom half of the mask where a raffia fibre beard would originally have been attached.

This mask has an appealing aged patina with clear signs of some age. 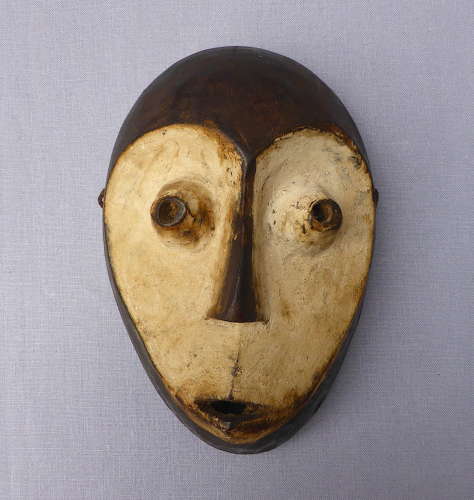 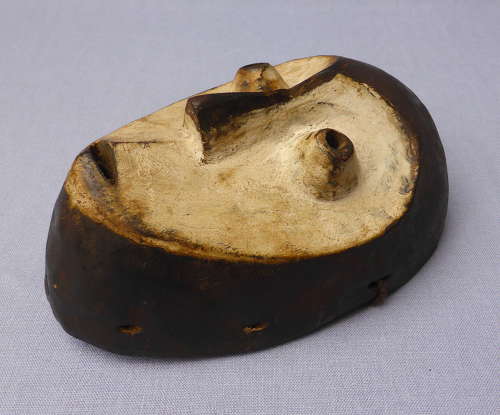 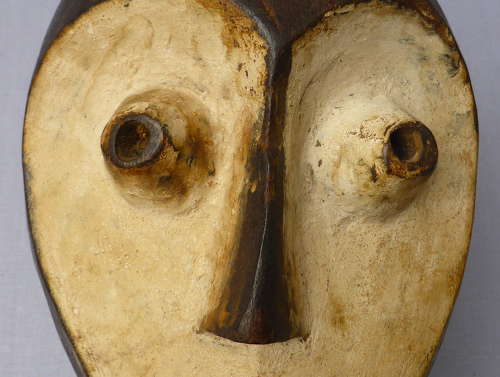 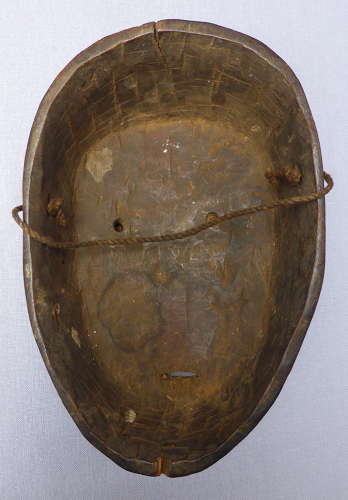