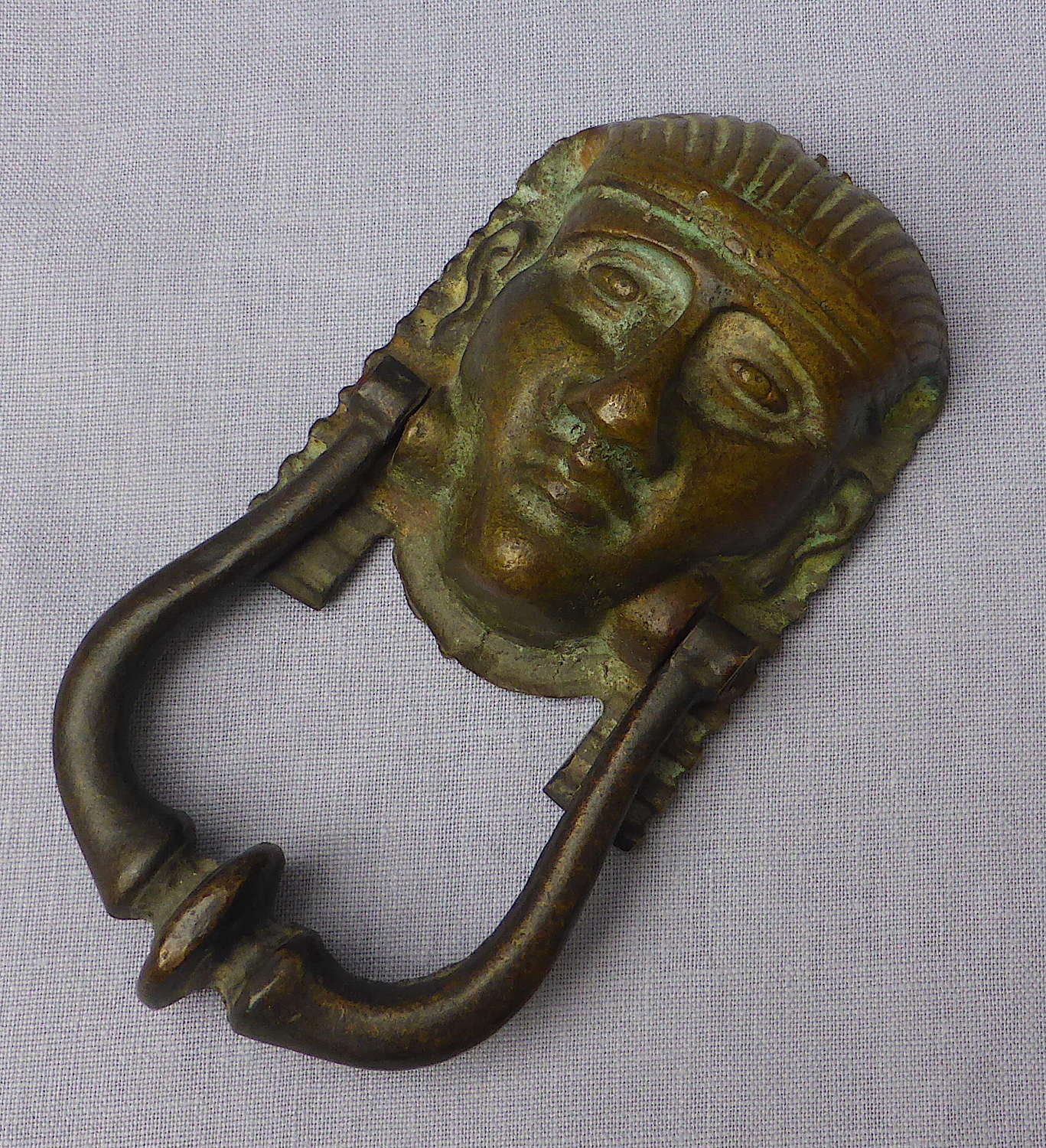 A fine bronze Egyptian Revival door knocker in the form of the head of a Pharaoh or Sphinx, dating to the early 19th century. Enthusiasm for decorative pieces in the style of ancient Egypt followed Nelson's defeat of Napoleon at the Battle of the Nile in 1798. During the campaign, Nelson was accompanied by a scientific expedition whose works were published between 1809 and 1826. This lead to a huge interest in all things Egyptian which manifested itself in art and design. This piece dates to this period.

It is a sturdy piece and is well cast. It has an attractive aged patina with evidence of some verdigris. It needs a striking plate but is otherwise complete and in good condition. 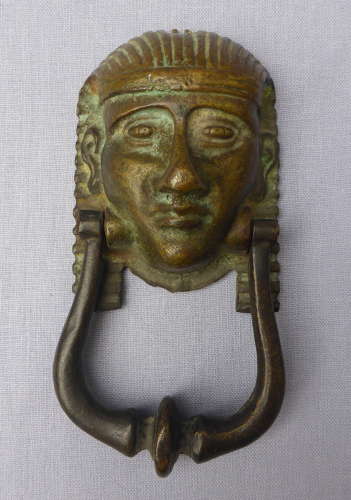 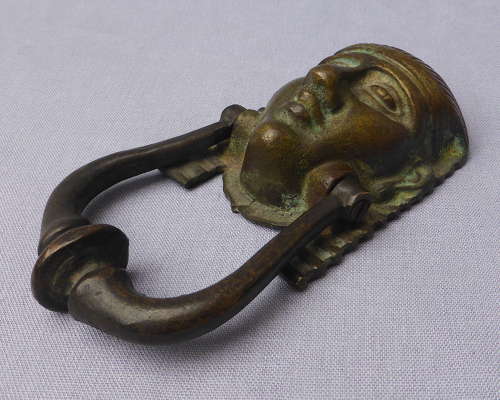 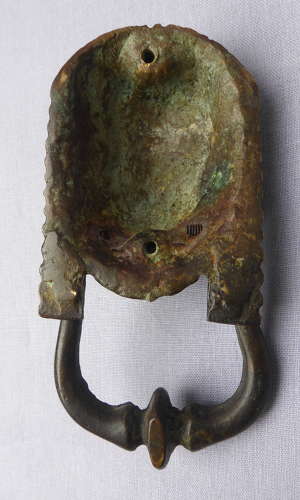 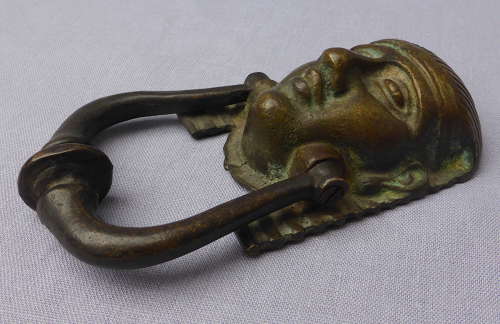