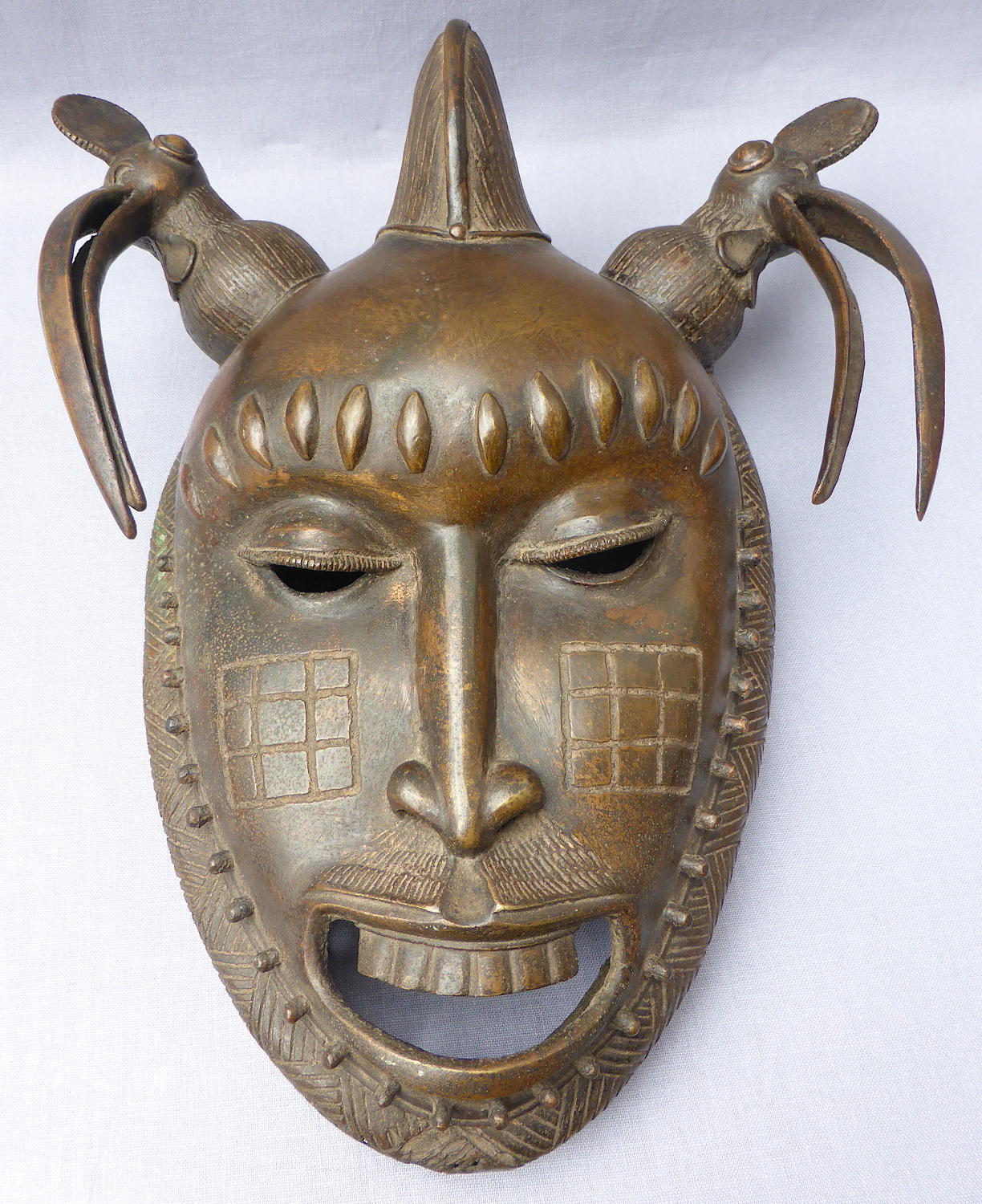 An impressive African bronze mask made in the Ivory Coast region in approximately the early 20th century. The elaborate hair style, the scarification to the face and the birds, possibly hornbills, on top of the head are characteristic of pieces produced by the Baoule or Baule people. This is most likely a ceremonial portrait mask or Mblo mask. It is quite heavy so may have been intended to mount on a wall or above a door during ceremonies, rather than being intended to dance in. There are holes round the back rim to which a woven collar would have been fixed. The features, scarification and birds on this dramatic piece have been finely modelled, and it has an attractive aged patina.

Condition : The beak of one of the birds has been knocked and bent down a little so that it is closed. 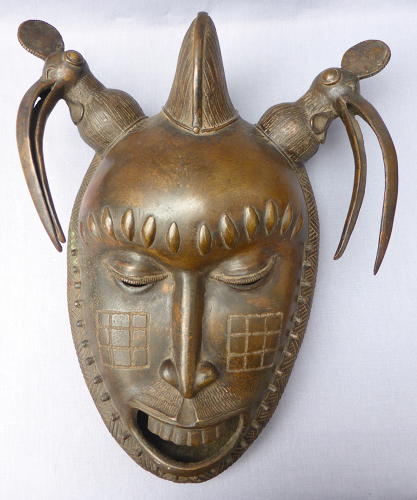 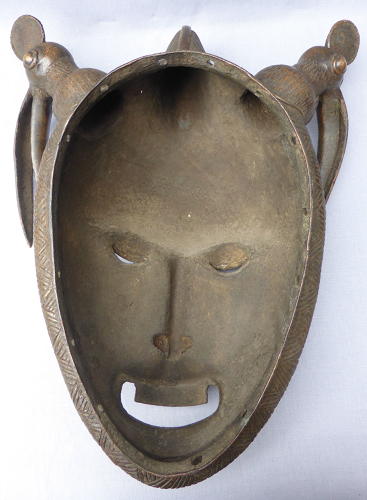 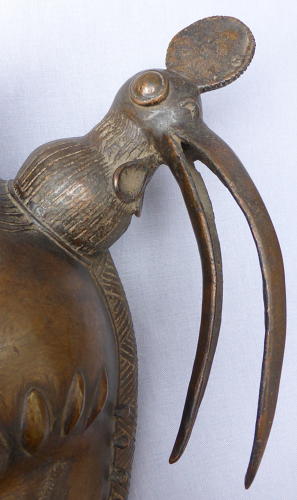 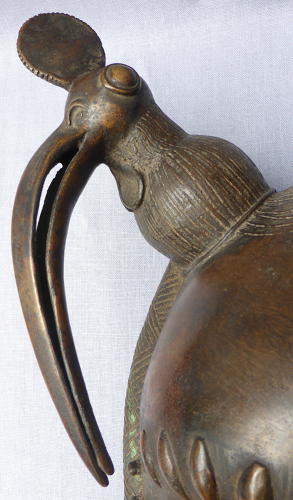