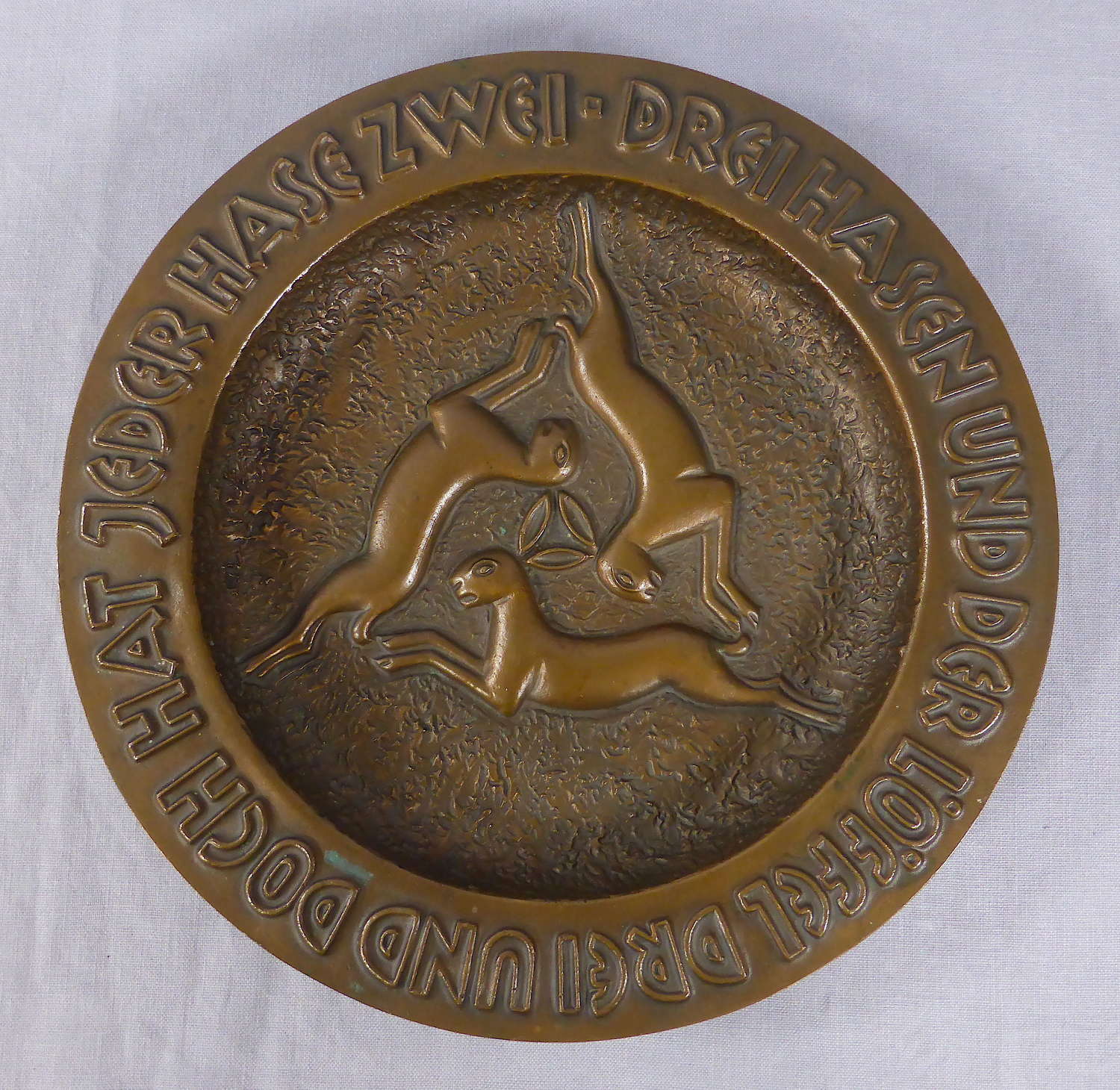 An attractive and substantial bronze wall plaque decorated with a design of the 'Three Hares'. This is a circular motif that appears at sacred sites across the world, from the Far East to England and across Europe. The symbol shows three hares chasing each other in a circle. It has a threefold rotational symmetry, the hares having only three ears between them, but which ever way it is viewed each hare has two ears. It is believed to be either a symbol of fertility or of the Holy Trinity.

This example is from Germany and is based on a famous window in Paderborn Cathedral. In the middle are the relief moulded hares. Round the rim is a motto in German that translates roughly as "Three hares and three ears, but each hare has two". There is a maker's mark to the back, along with a loop for ease of hanging. It dates to the mid to late 20th century and weighs over 2.9kg. 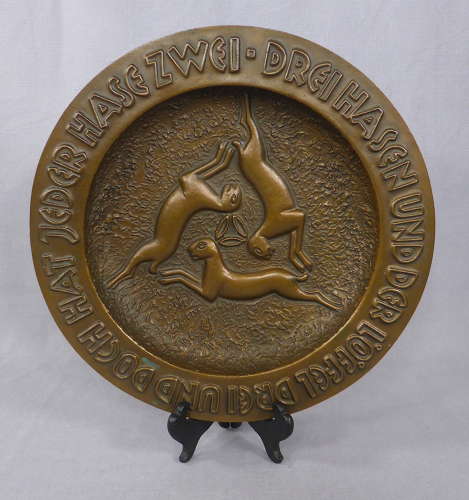 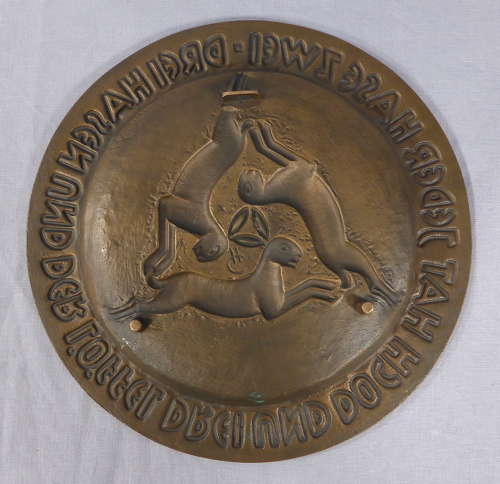