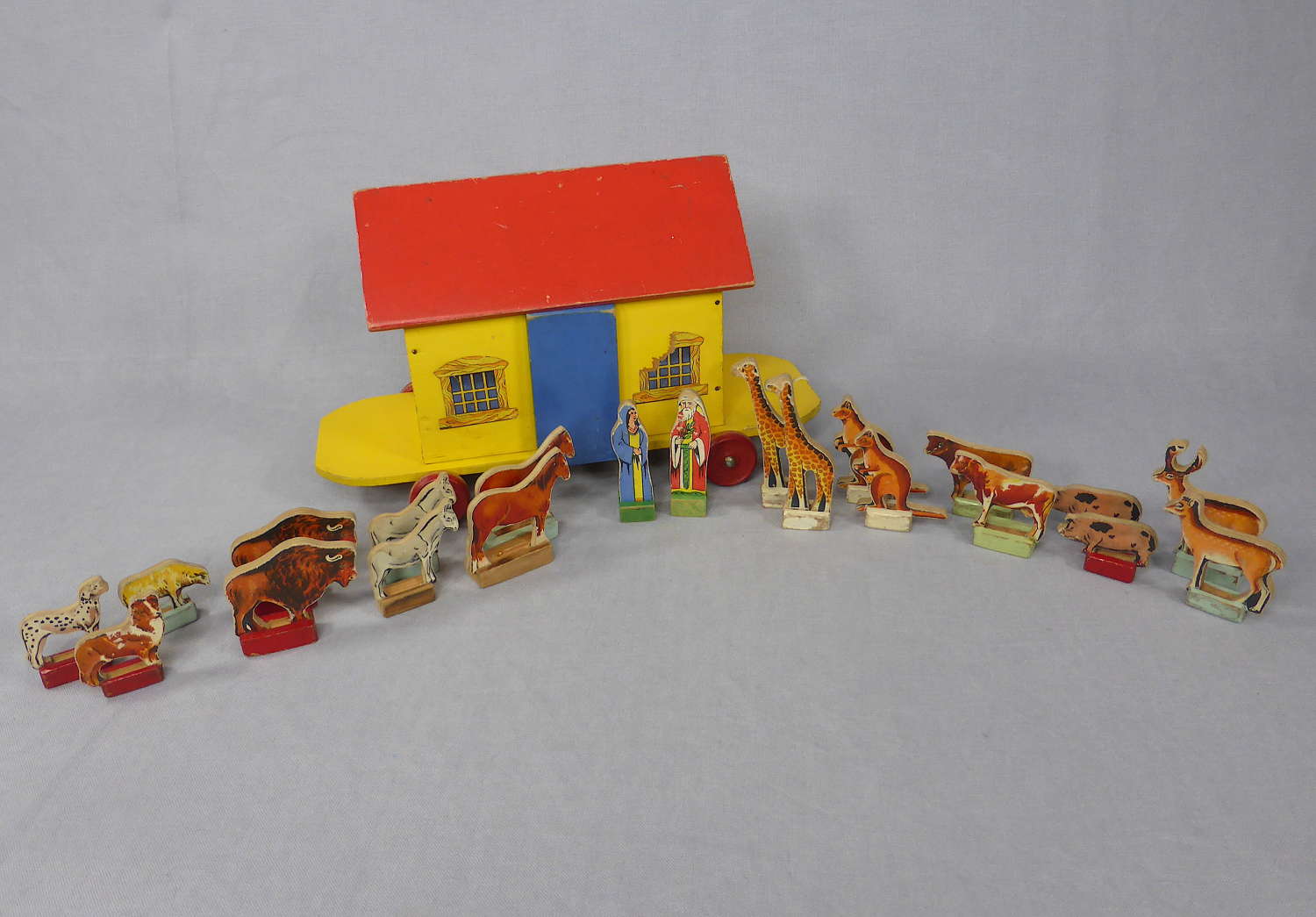 A delightful pull-along toy Noah's Ark with animals, made in England by Chad Valley in the 1950s. The ark is made of painted wood with stuck on paper windows, a removable roof and drop-down door, and it stands on four wheels. The door is held closed by the roof when in place. The ark contains 19 original animals made up of 8 pairs and 3 odd animals, plus Mr & Mrs Noah. The figures are made of laminated wood with paper images to the surface. The ark would originally have had a Chad Valley logo transfer to the deck, but this has worn away.

The ark and animals are in play-worn condition with a little loss to some of the paper on the windows and the figures. Despite minor faults, this is a charming decorative piece. 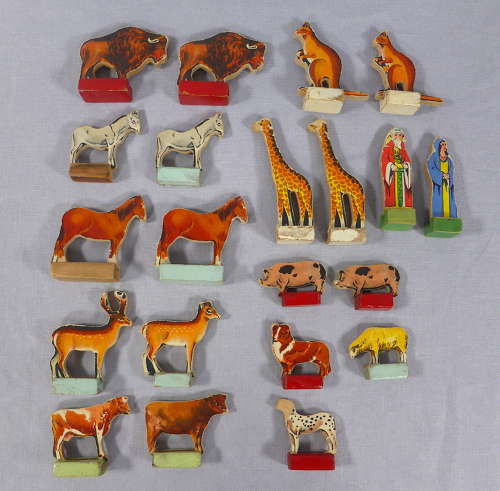 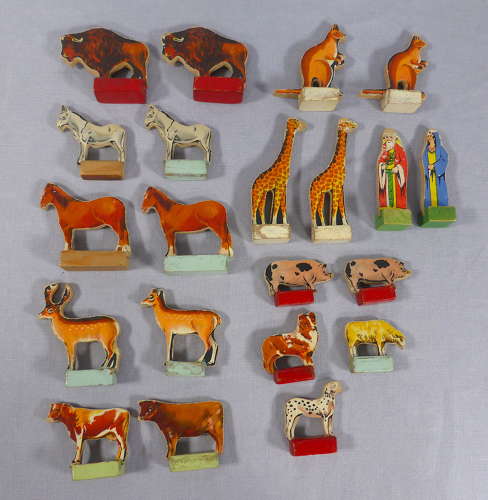 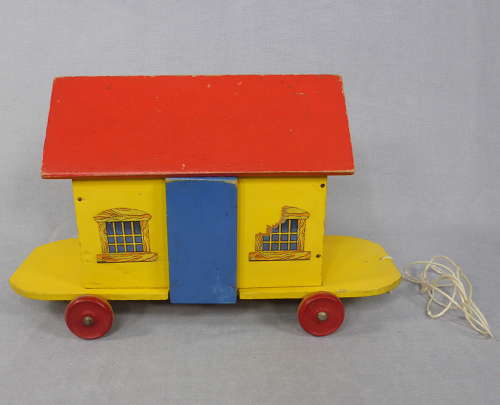 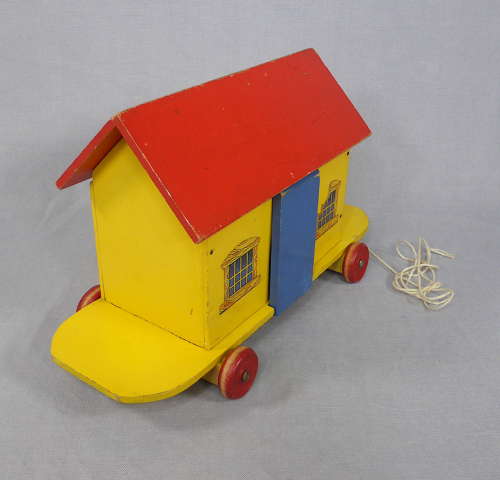 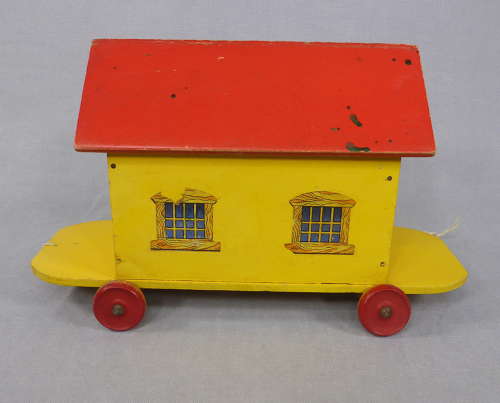 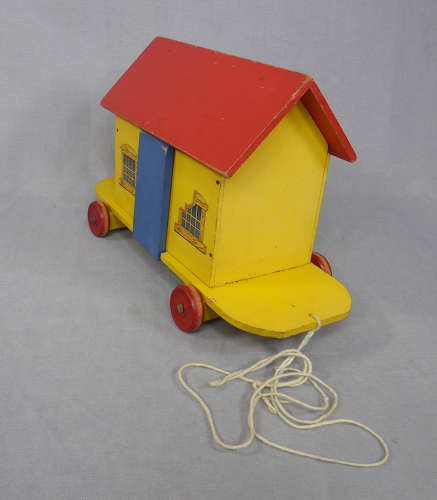 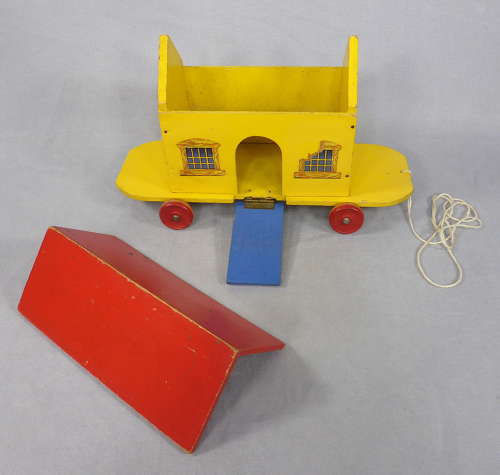 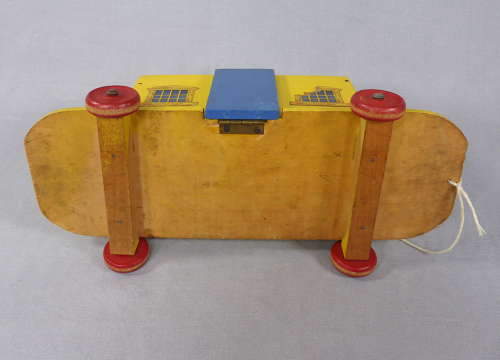 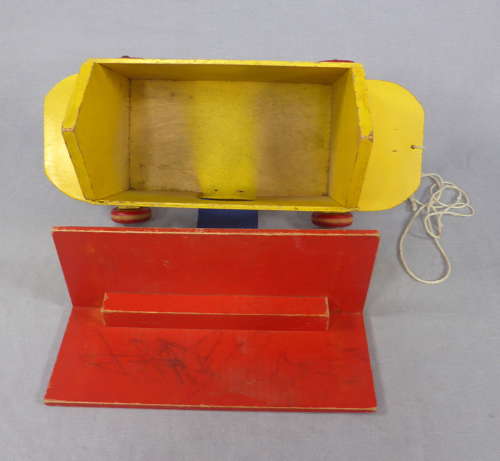