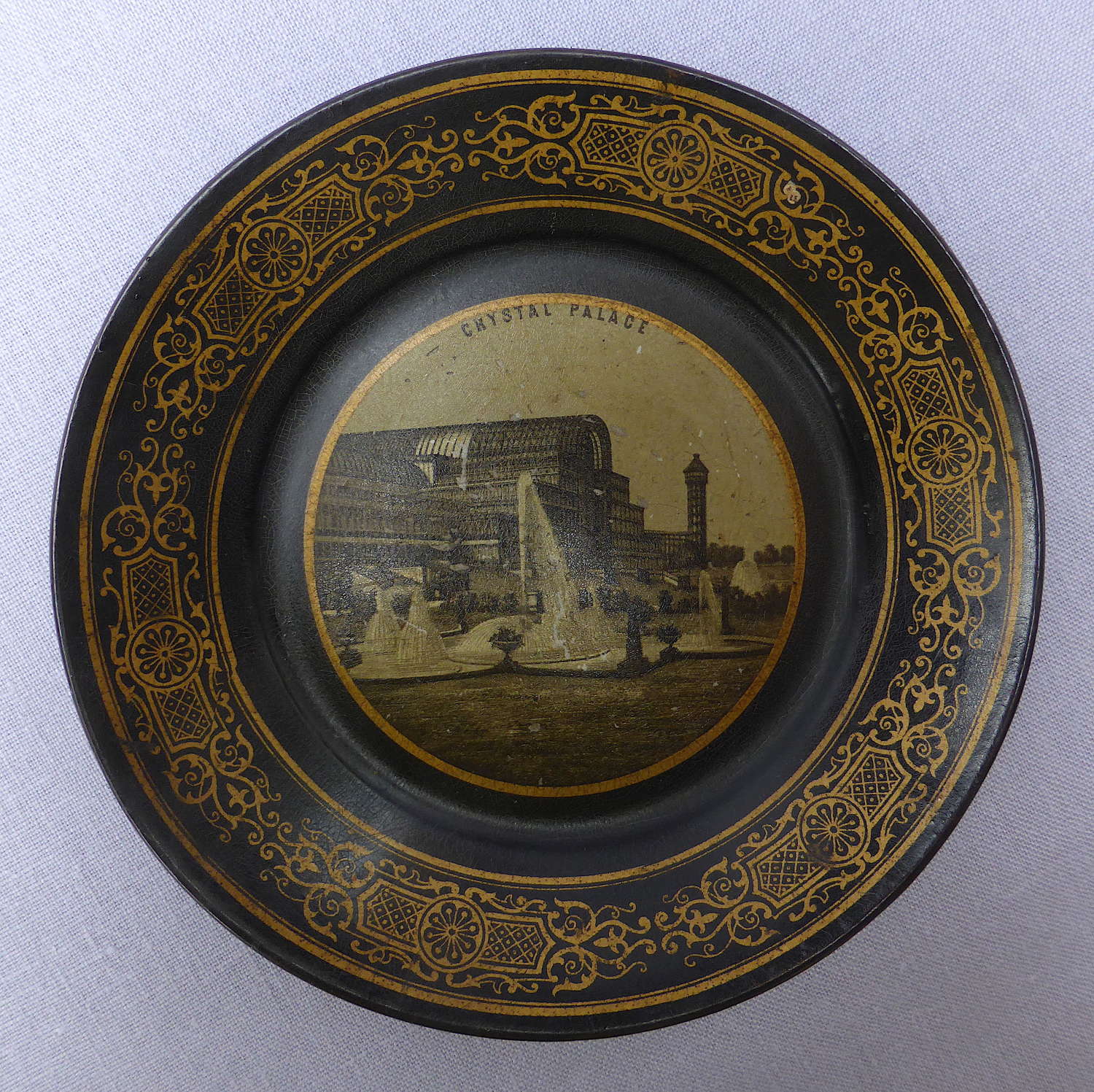 An interesting dish produced as a souvenir of the Crystal Palace in around 1855. It is made of papier-mâché with a japanned finish, and is printed with an image of the building and gold scroll detailing.

The Crystal Palace was originally built in Hyde Park in 1851 to house the Great Exhibition. After the exhibition had finished, it was dismantled and rebuilt in Sydenham where it reopened in 1854. This souvenir dates to slightly later. One of two water-towers can be seen in the image, but these were not completed until 1855, so it was probably made around this time.

The condition is generally good with some scuffing, scratching and wear to the surface commensurate with its age. 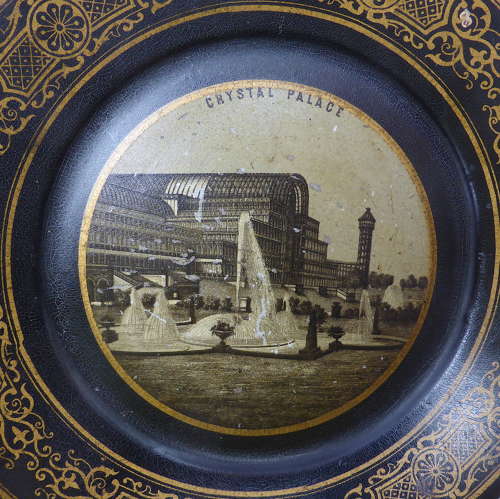