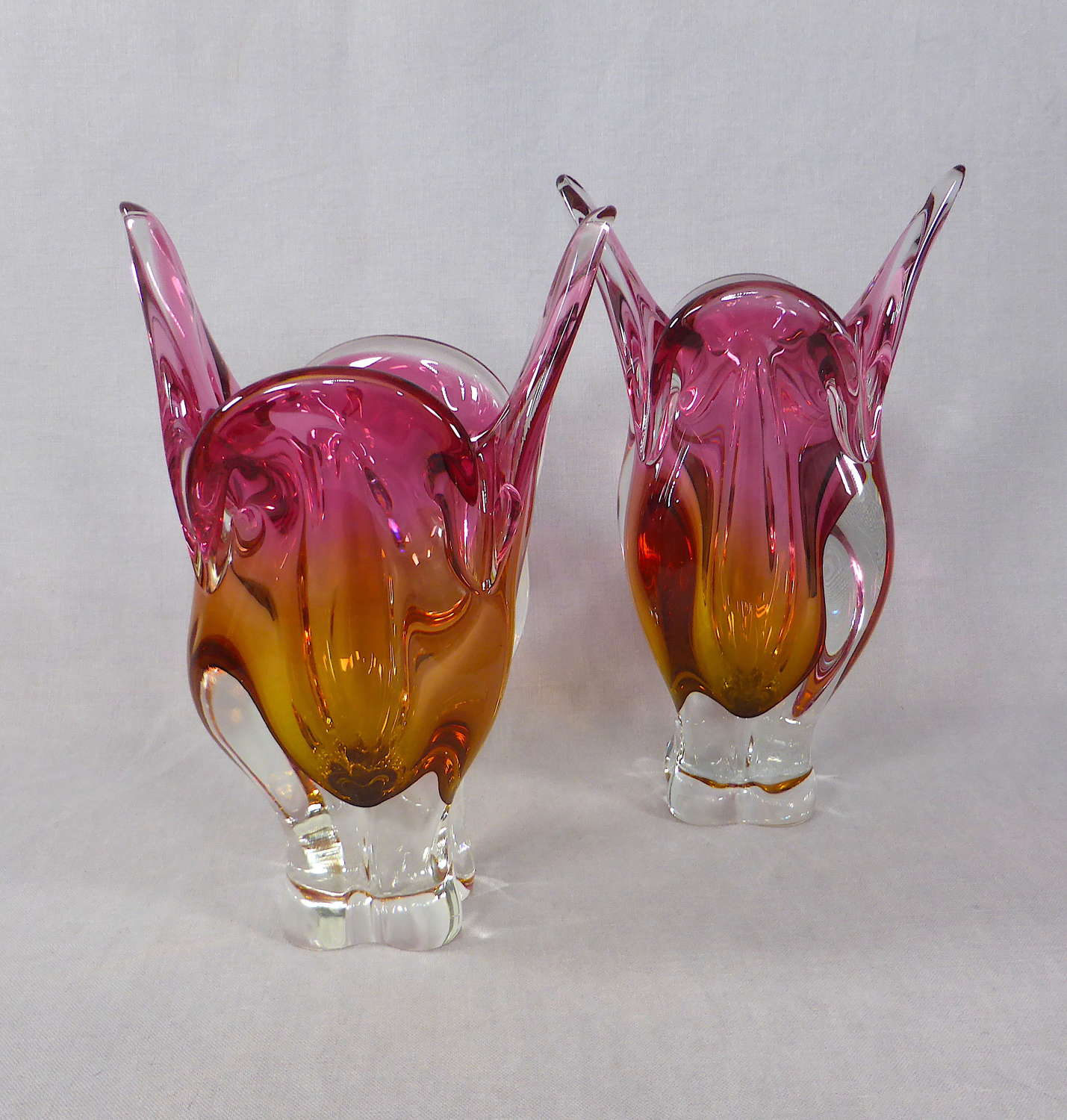 A chunky pink & amber art glass vase, produced at the Chřibská Glassworks in Czechoslovakia in the 1970s. It is commonly known as a 'Cat's Head' vase because of the ears that stick up at the sides and because from certain angles is has a cat-like face. It was designed by Chřibská's principle designer Josef Hospodka, and is typical of the organic forms produced by him. This design is pattern number 296/1/26. As is common, the vase bears no maker's marks.

It is in fabulous condition.

This listing is for the front vase only, but the other vase shown in the first photograph is also available. 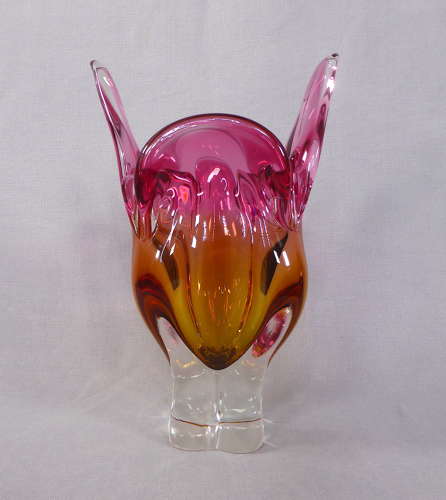 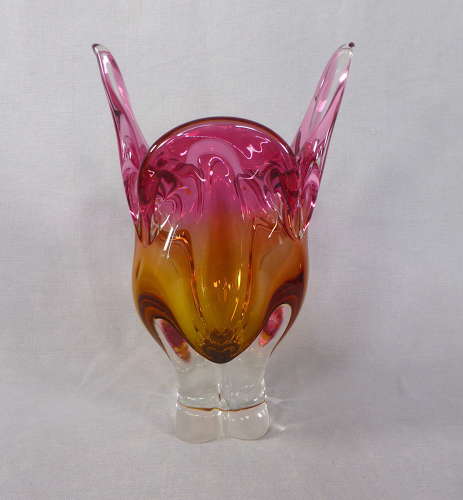 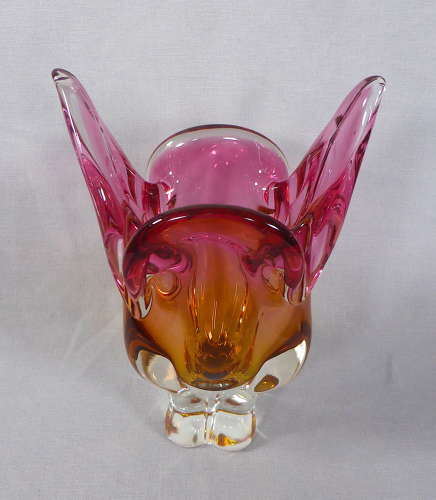 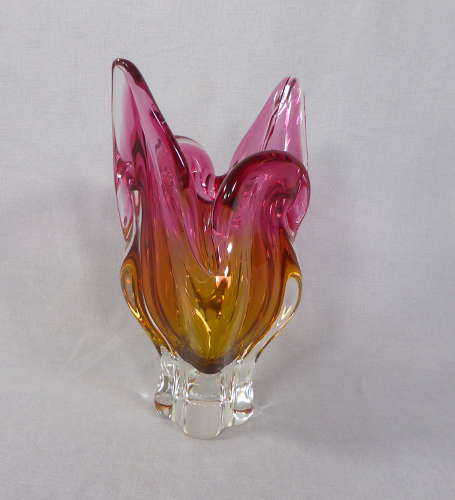 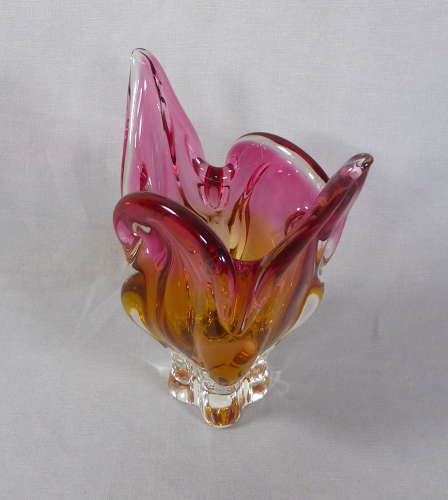 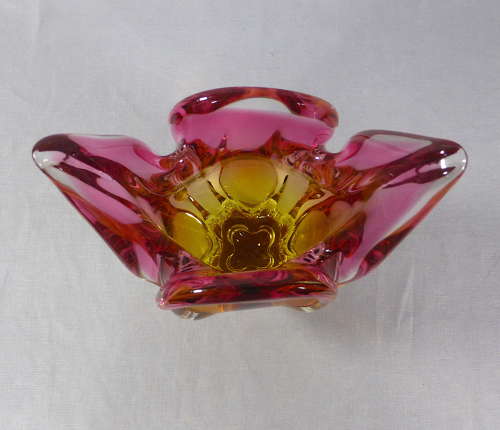 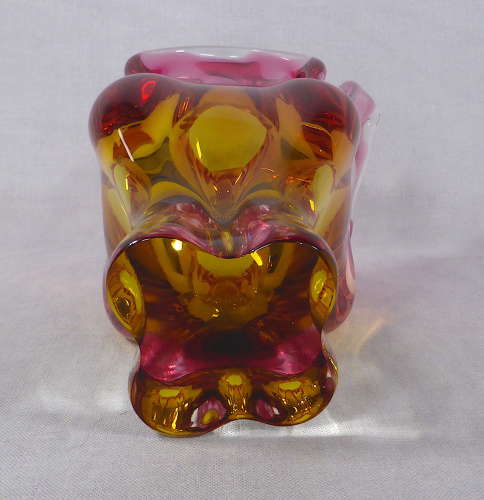