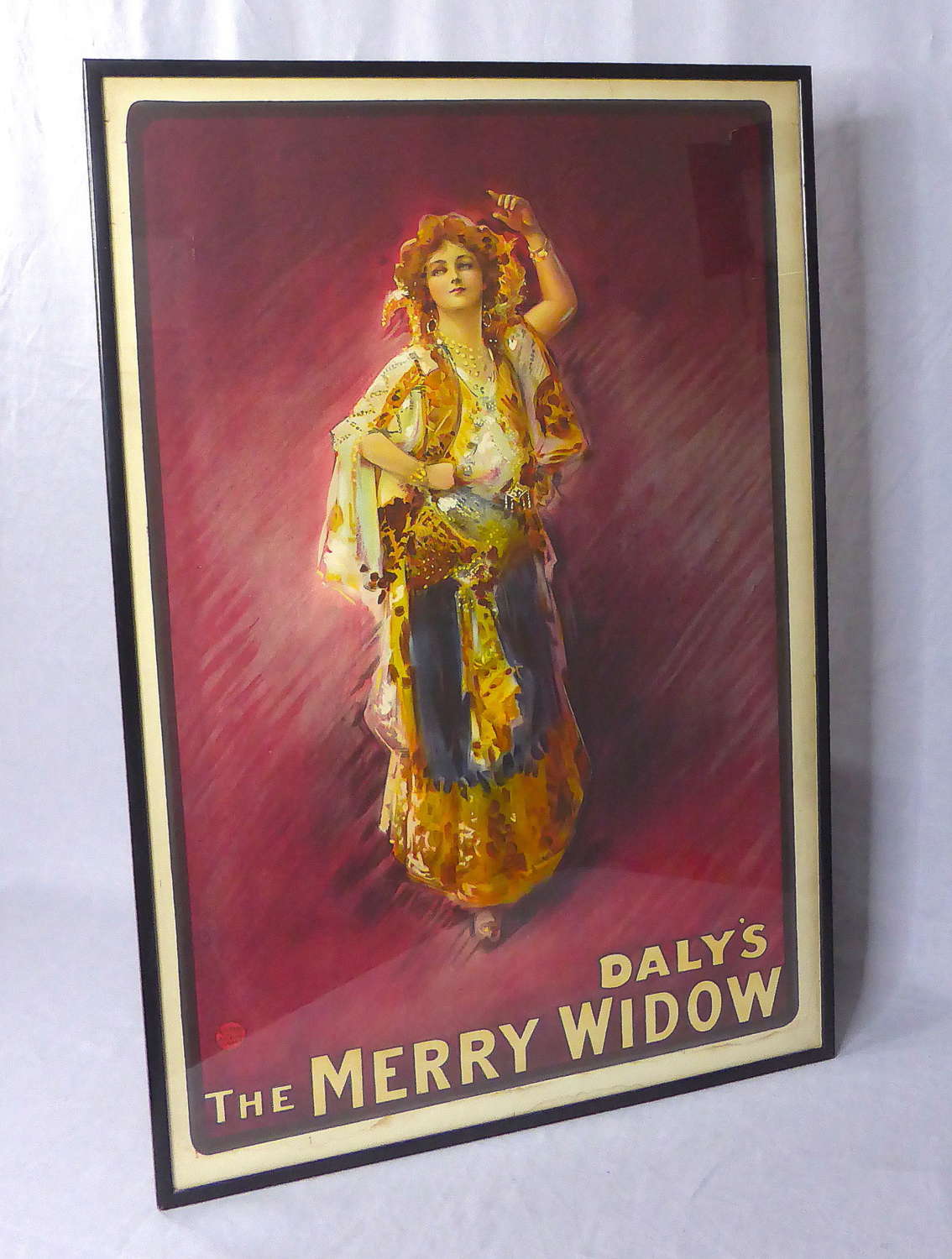 An Edwardian theatre poster advertising the production of 'The Merry Widow' at Daly's Theatre in Leicester Square, London in 1907. The poster features a beautiful image of the actress Miss Lily Elsie (1886-1962) in costume for the role of Sonia Sadoya, the Merry Widow. Elsie, a popular singer and actress, was considered to be a great beauty and was one of the most photographed women of the Edwardian age.

'The Merry Widow' is an operetta by the Austro-Hungarian composer Franz Lehár. It was first produced in English at Daly's in June 1907 and was a huge hit. The initial production ran for some years and the operetta is still popular today. Lily Elsie starred in the original 1907 production, and it seems likely that this poster was produced to advertise that production. The poster bears the mark for Weiners of Acton, a well-known printing company of the day.

The poster is framed behind glass in a plain wooden frame. There is a little minor wear and soiling to the edges of the poster, as is to be expected on a piece of this age.

This is a fantastic decorative piece. 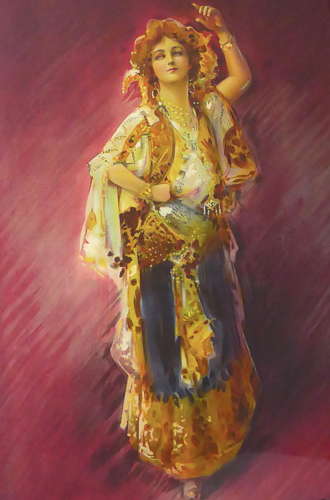 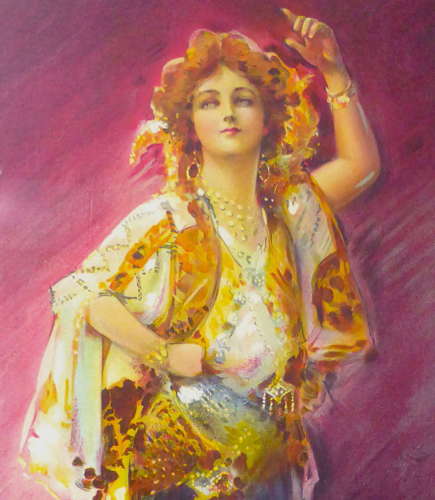 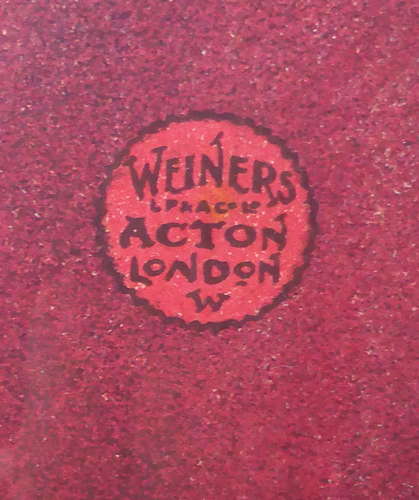 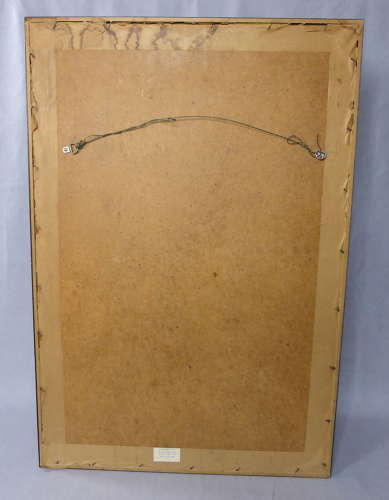