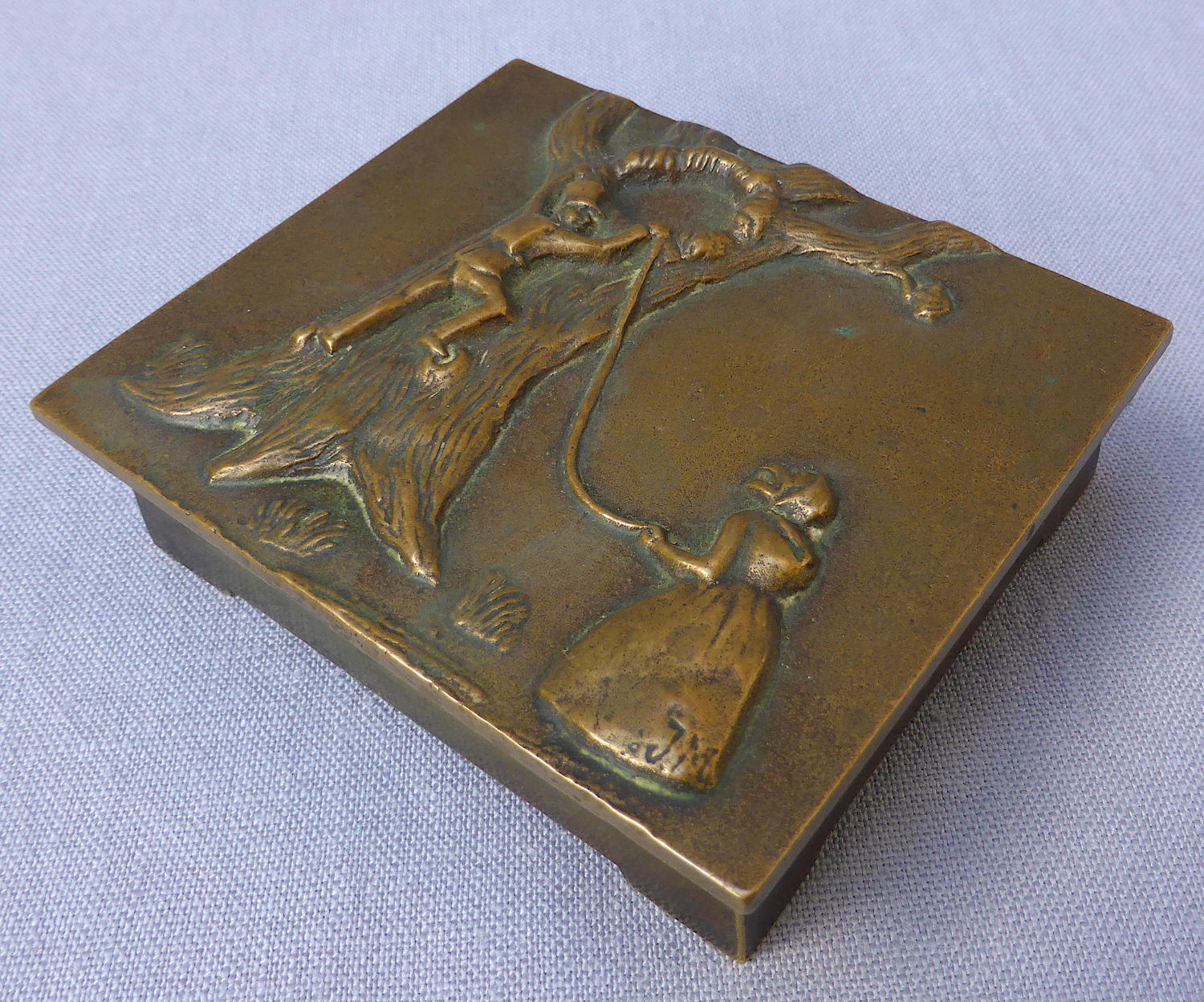 An interesting bronze box, dating to the early 20th century. The hinged lid is decorated in high relief with a scene from the fairy tale "The Tinderbox" by Hans Christian Andersen. It is indistinctly signed "JM". The box has a wooden lining and base. It was probably intended to hold matches or cigarettes to tie in with the theme of the fairy story.

"The Tinderbox" tells the story of a poor soldier who, on his return from war, meets a witch. She asks him to climb into a hollow tree to retrieve a tinderbox - the scene depicted on this box. Inside the tree are chambers containing huge riches but guarded by three monstrous dogs. The soldier fills his pockets and on his way out kills the witch, keeping the tinderbox for himself. He eventually discovers that by striking the tinderbox, he can summon the dogs and get them to bring him more treasure from the tree. The story ends with the dogs saving him from being executed after which he marries a princess. 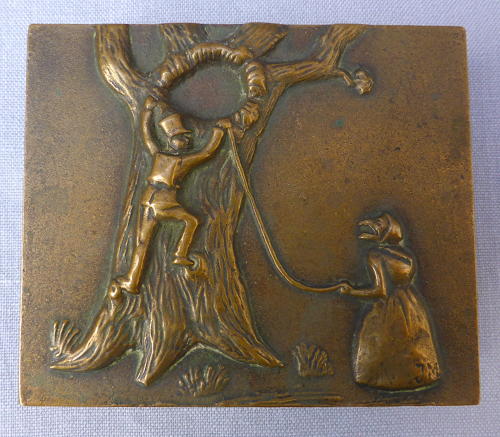 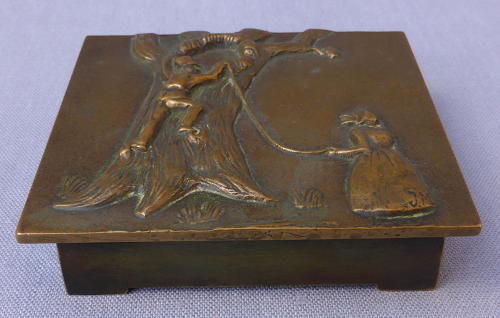 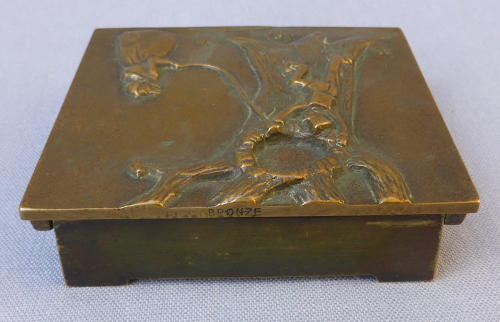 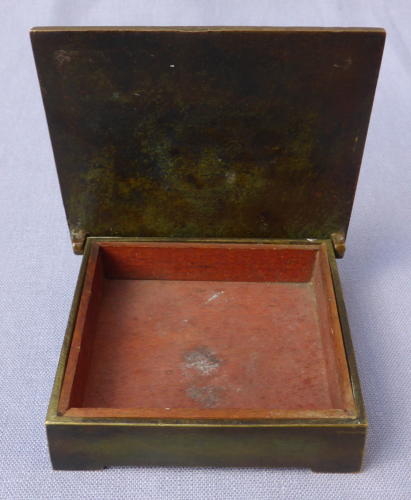 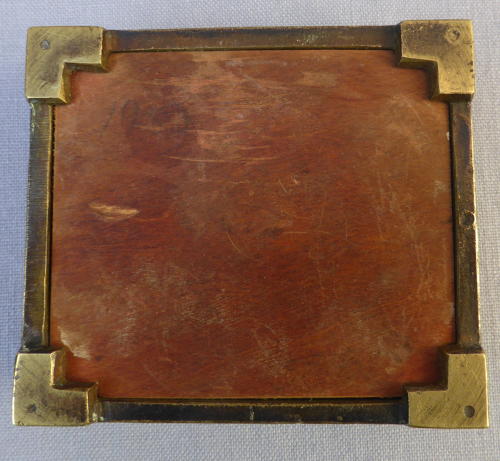