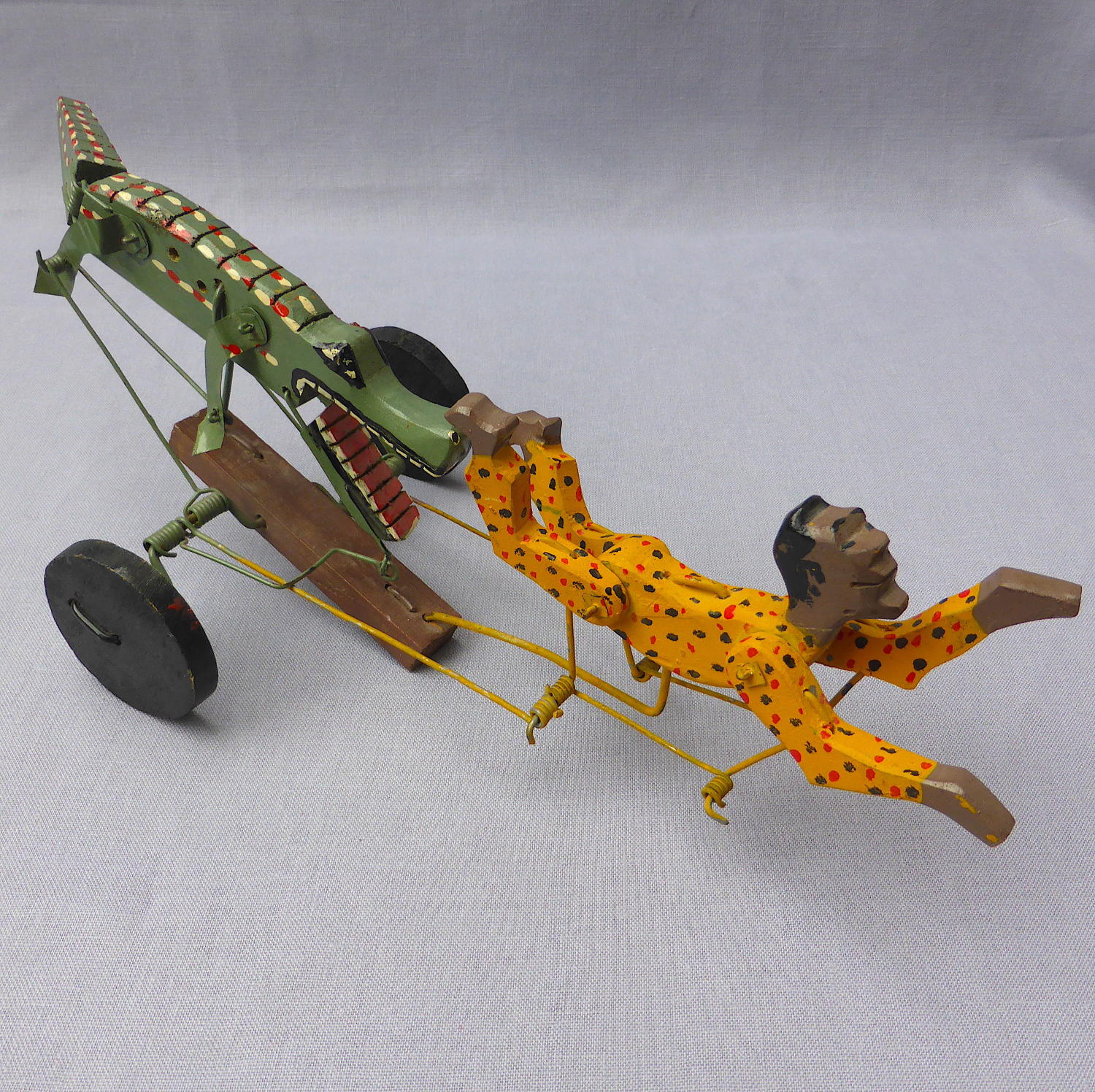 An unusual folk art automaton or push along toy, made out of wood and metal and dating to approximately the mid to late 20th century. When pushed along by the piece of wood underneath, the swimmer's arms and legs move as he swims along at a leisurely pace, seemingly unaware of the peril rapidly approaching. The crocodile's mouth opens and closes, his legs move backwards and forwards, and his tail moves from side to side as he races to catch his prey. It is simple but very effective. It is crudely painted but has a naive charm. 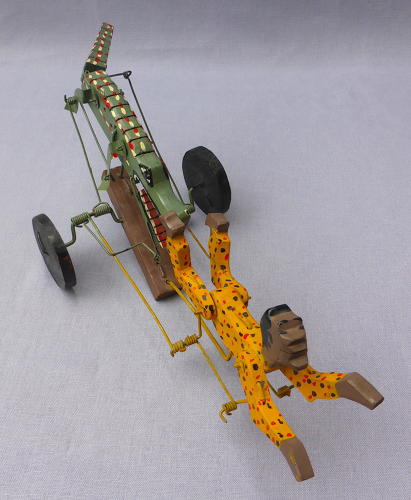 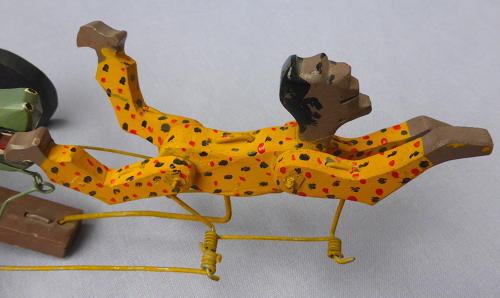 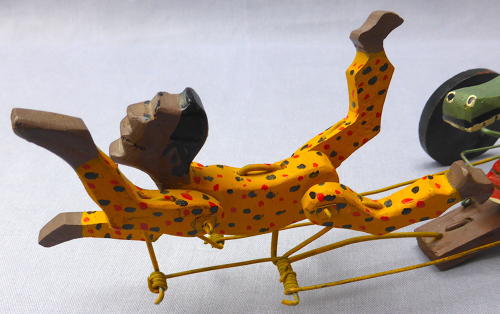 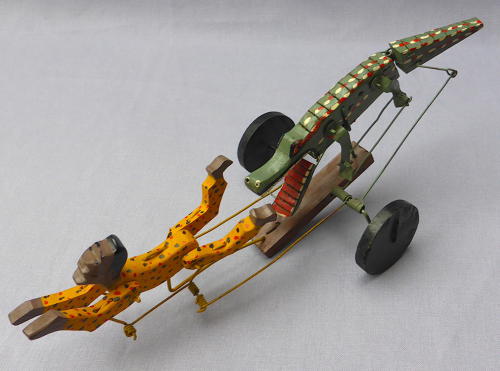 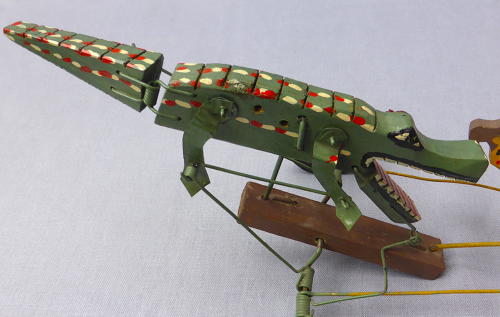 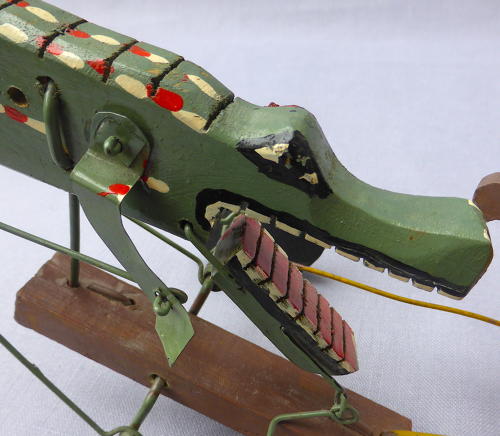 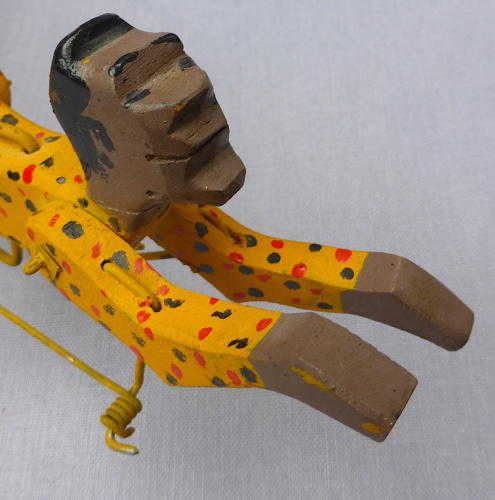 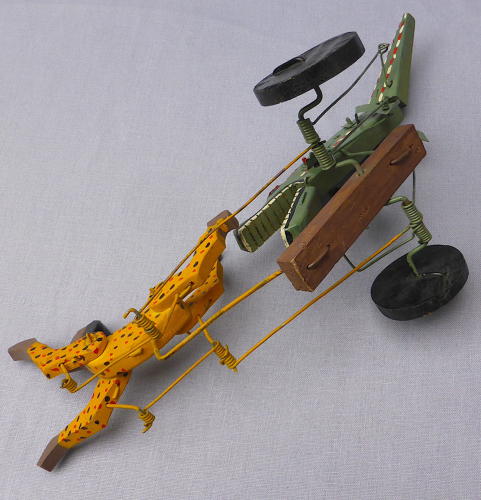