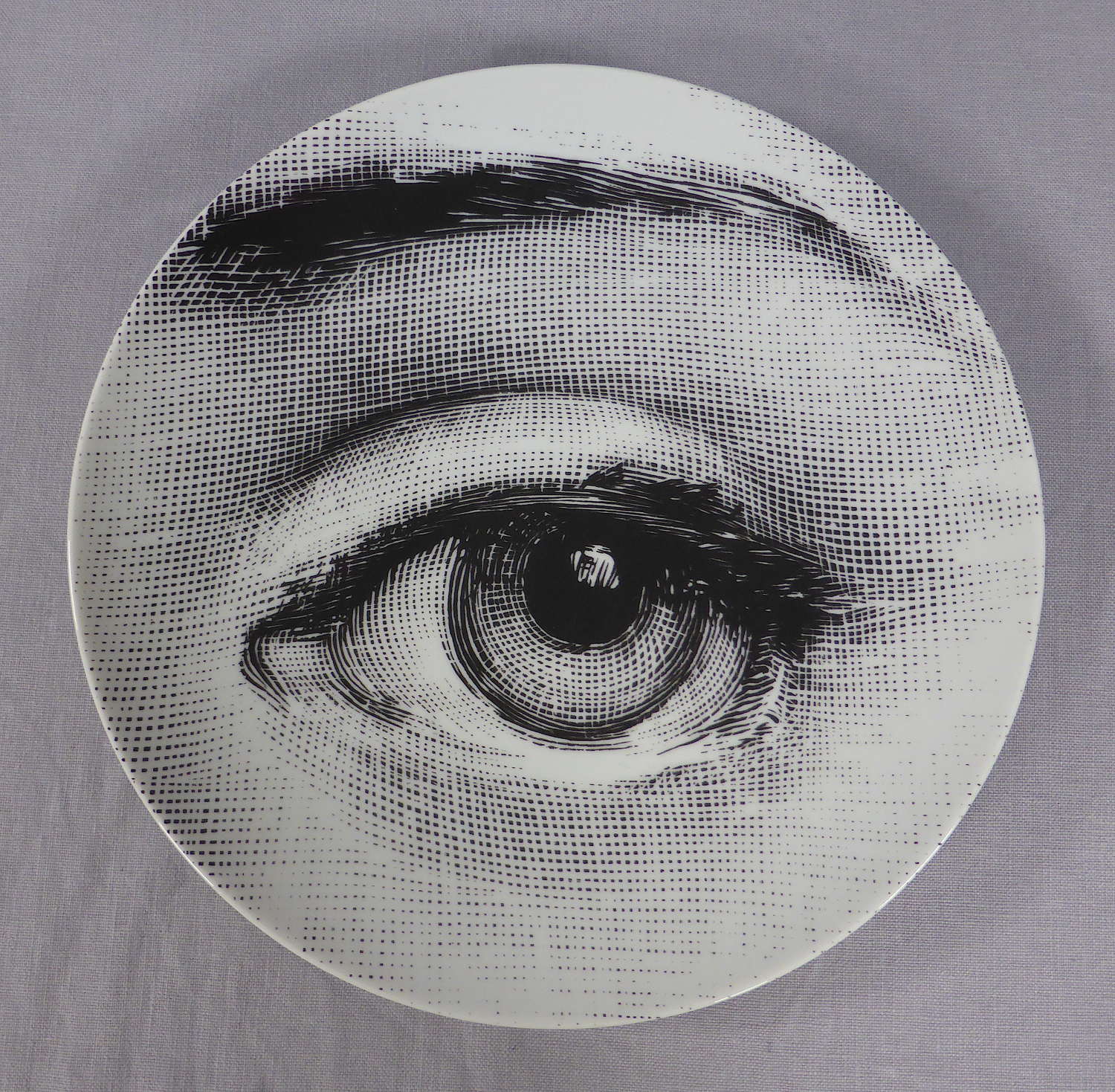 A porcelain wall plate made in Italy by Fornasetti, and featuring part of the timeless face of 19th century opera singer Lina Cavalieri. This is number 248 from the 'Themes & Variations' series. Piero Fornasetti first used Cavalieri's face in one of his designs in 1952 and since then more than 350 designs have been produced using variations of the face and features of the woman considered at the height of her career to be "the world's most beautiful woman". The back bears the Fornasetti mark. The plate comes in its original box - there is minor wear to the box. 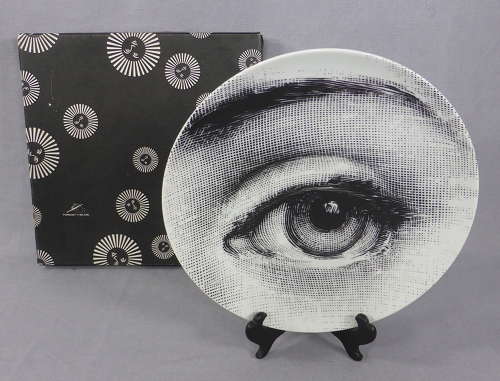 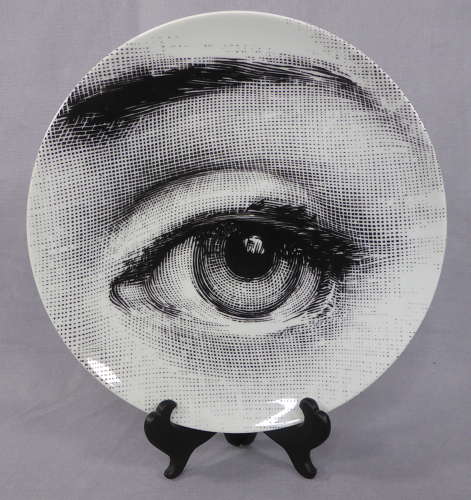 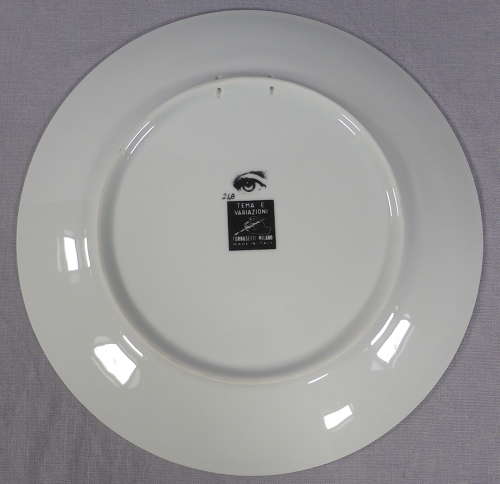