A group of four genuine slave manillas, dating to the 19th century. Three are a rigid horseshoe shape with hoof shaped terminals, and applied bead and line decoration. The other is made in two parts joined with a hinge. It is decorated with hand chasing to the sides and terminals. There is a hole behind each terminal through which a pin would have passed to secure the bracelet. This style of manilla was favoured by the Tuareg people. These pieces have good aged patination.

Manillas were used as a form of currency in West Africa until the late 19th century. 15th century Portuguese traders realised that African commodities could be traded in exchange for copper or bronze bracelets, and they started using them to obtain goods including slaves and ivory. The use of manillas as a form of currency gradually spread and eventually became the main currency underpinning the slave trade, hence they are often known as slave bracelets. They were made in various different styles, each favoured by a different tribal group. 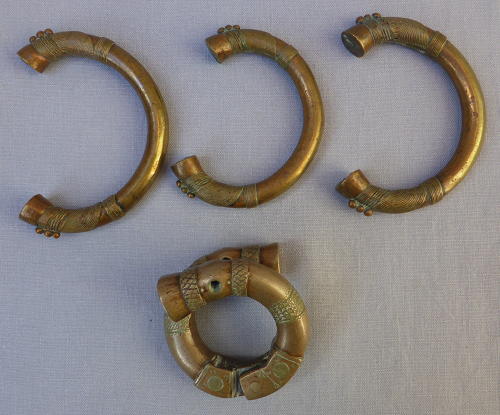 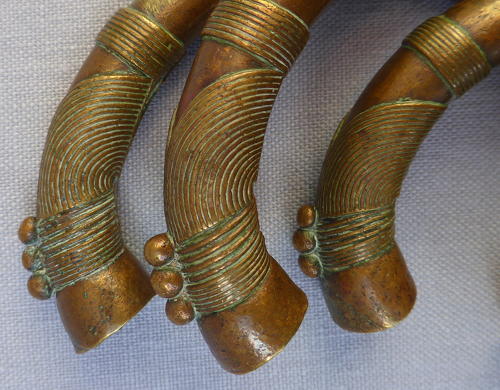 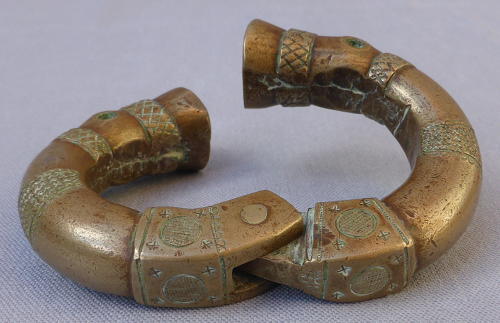 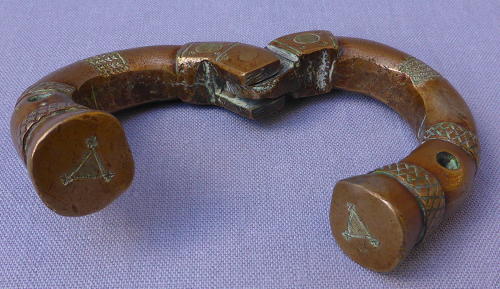