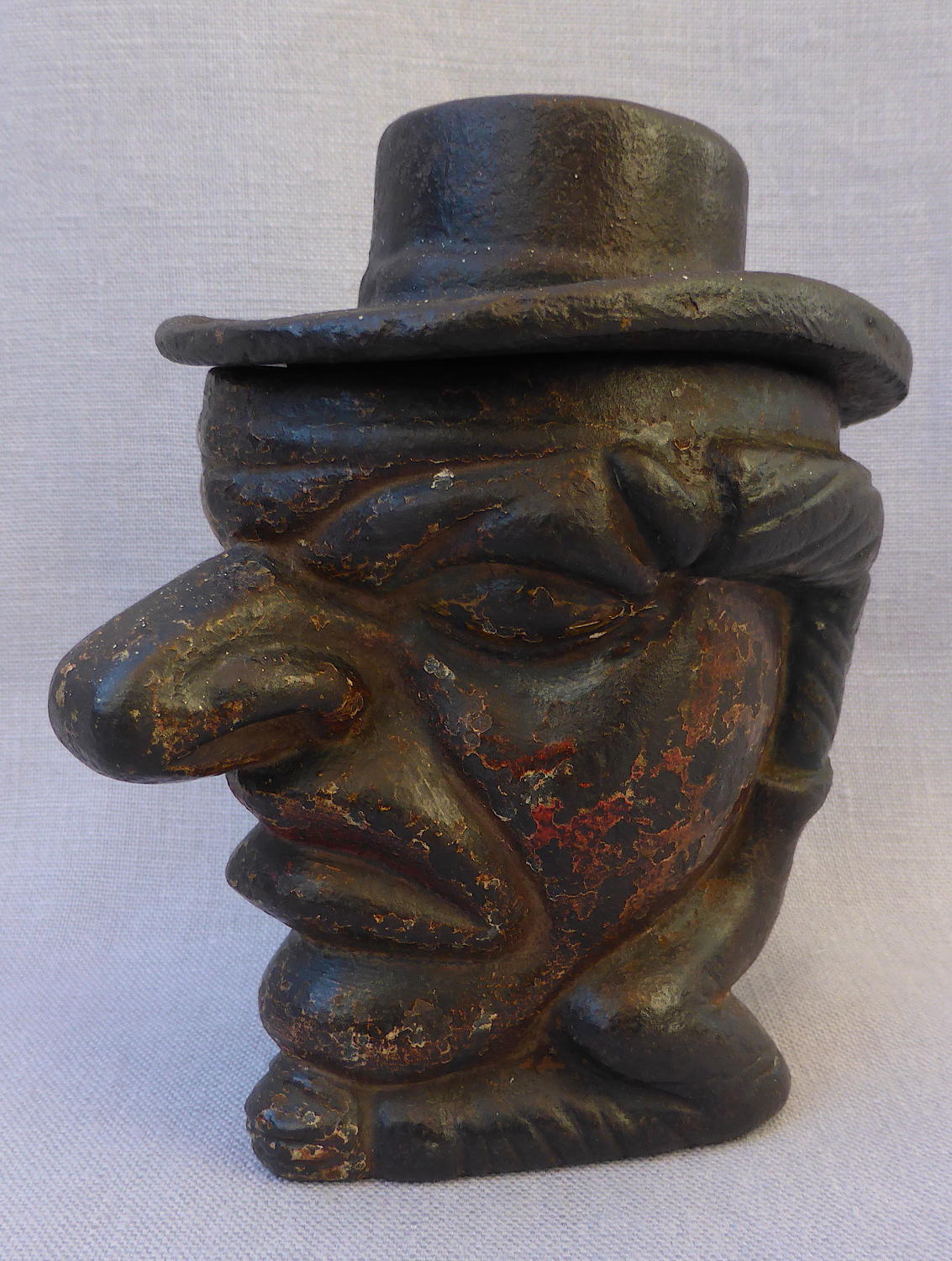 An unusual and rather grotesque cast iron tobacco jar dating to the late 19th century. It is in the form of a man wearing what looks like a sailor's hat. This jar is often known as the Contortionist or Acrobat. The man's head is resting on his arms and his disproportionately small body is twisted round the back of his head, so that his feet are resting above his eyes. He has a rather ugly and grotesque face with protuberant nose. His hat forms the lid. There are traces of the original paintwork to the surface of the iron. 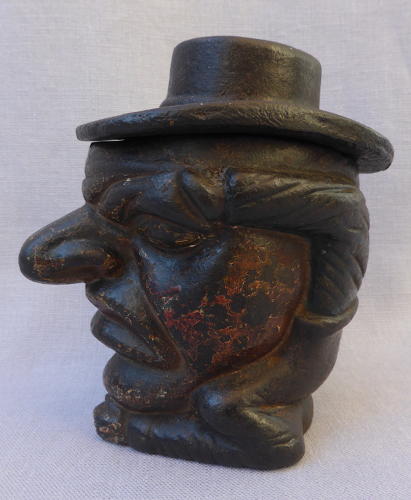 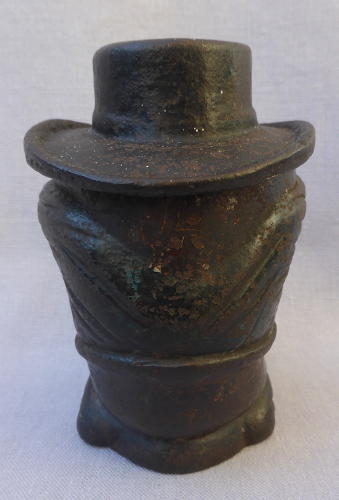 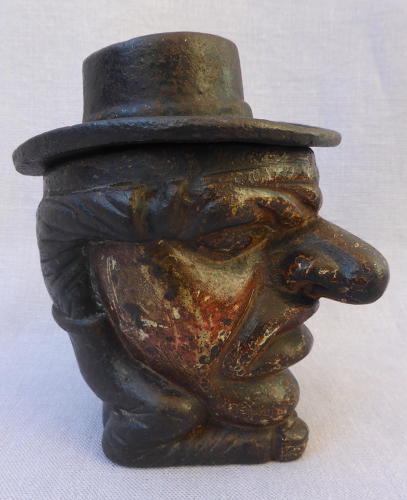 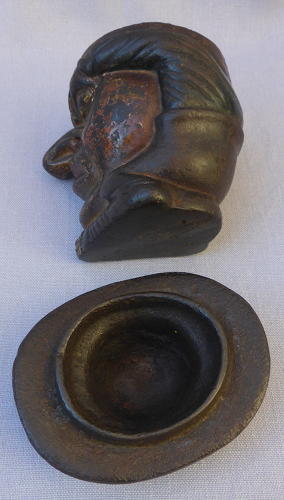