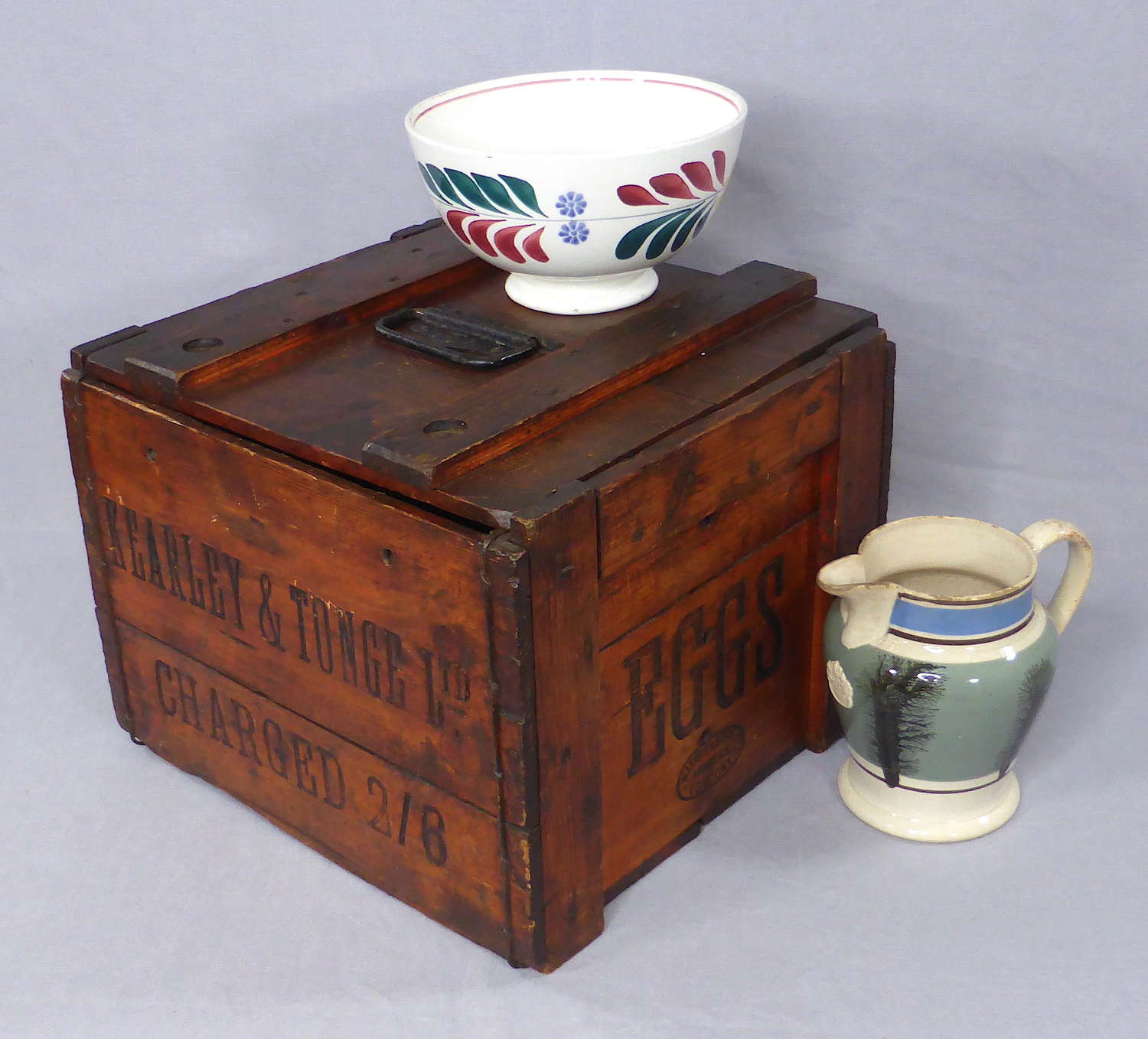 A wooden egg crate dating to the late 19th to early 20th century, and made to transport eggs for Kearley & Tonge Ltd of Whitechapel. It is simply made out of wooden planks with wire reinforcement round the sides. It has a hinged lid with a hinged handle to the top. It would originally have had hasp fasteners to the front but these are no longer present. Interestingly this crate is marked as being made by W Lusty & Sons, a company that, a couple of decades later would become well known as the producers of Lusty Lloyd Loom furniture.

This crate is useful for storage and is a great decorative piece. 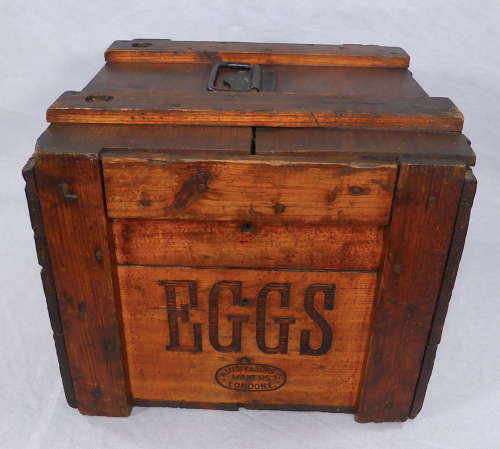 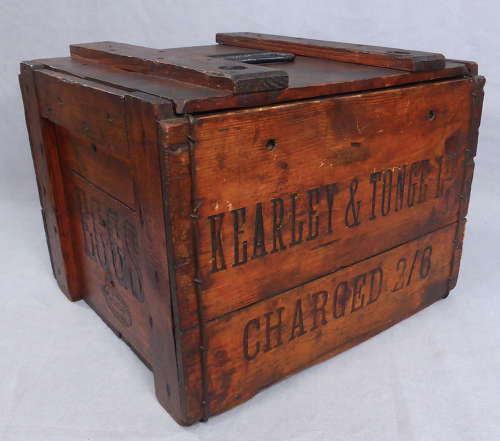 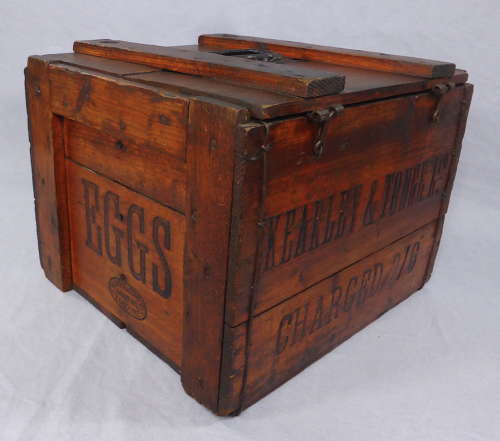 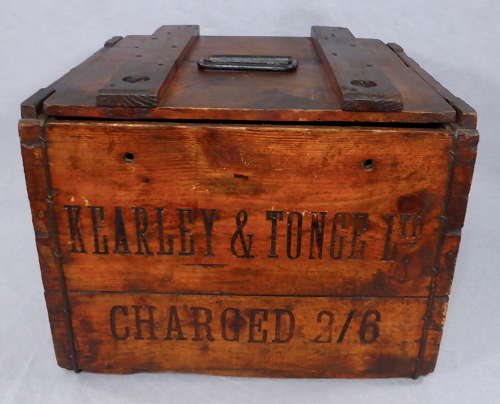 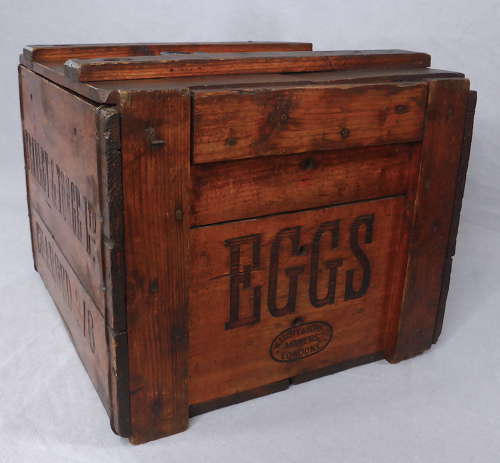 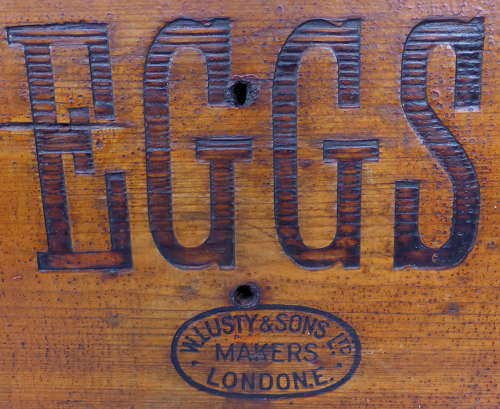 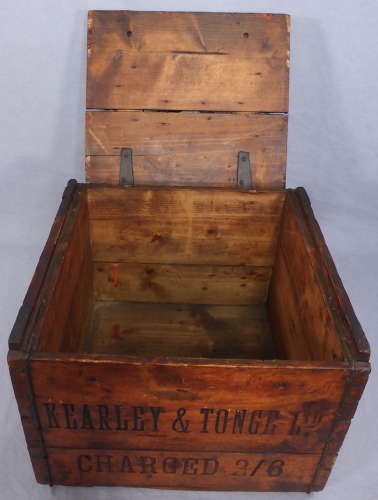 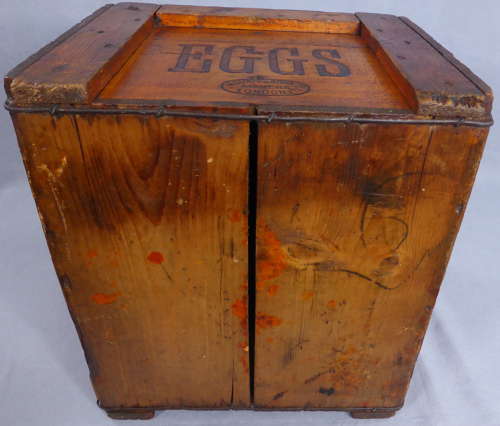 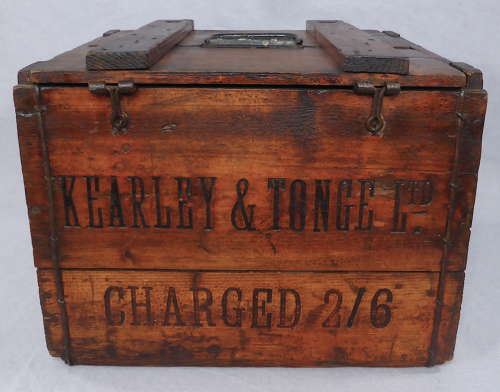 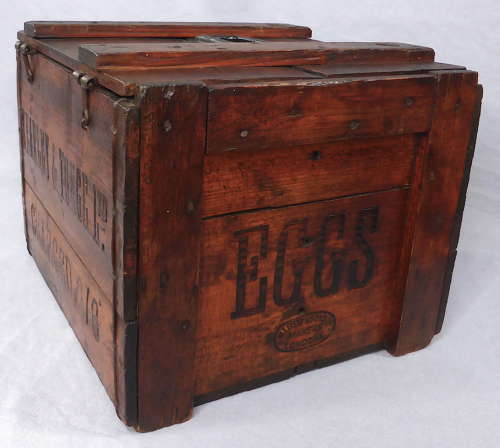 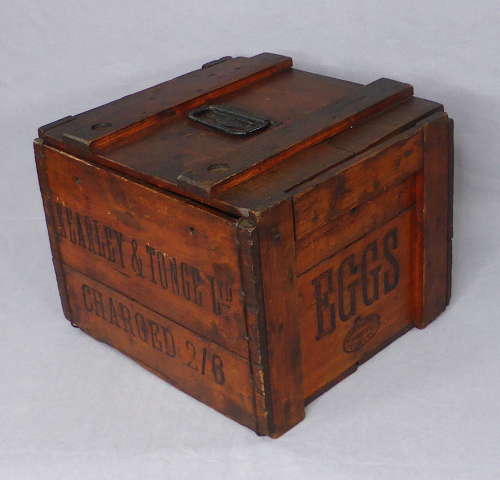