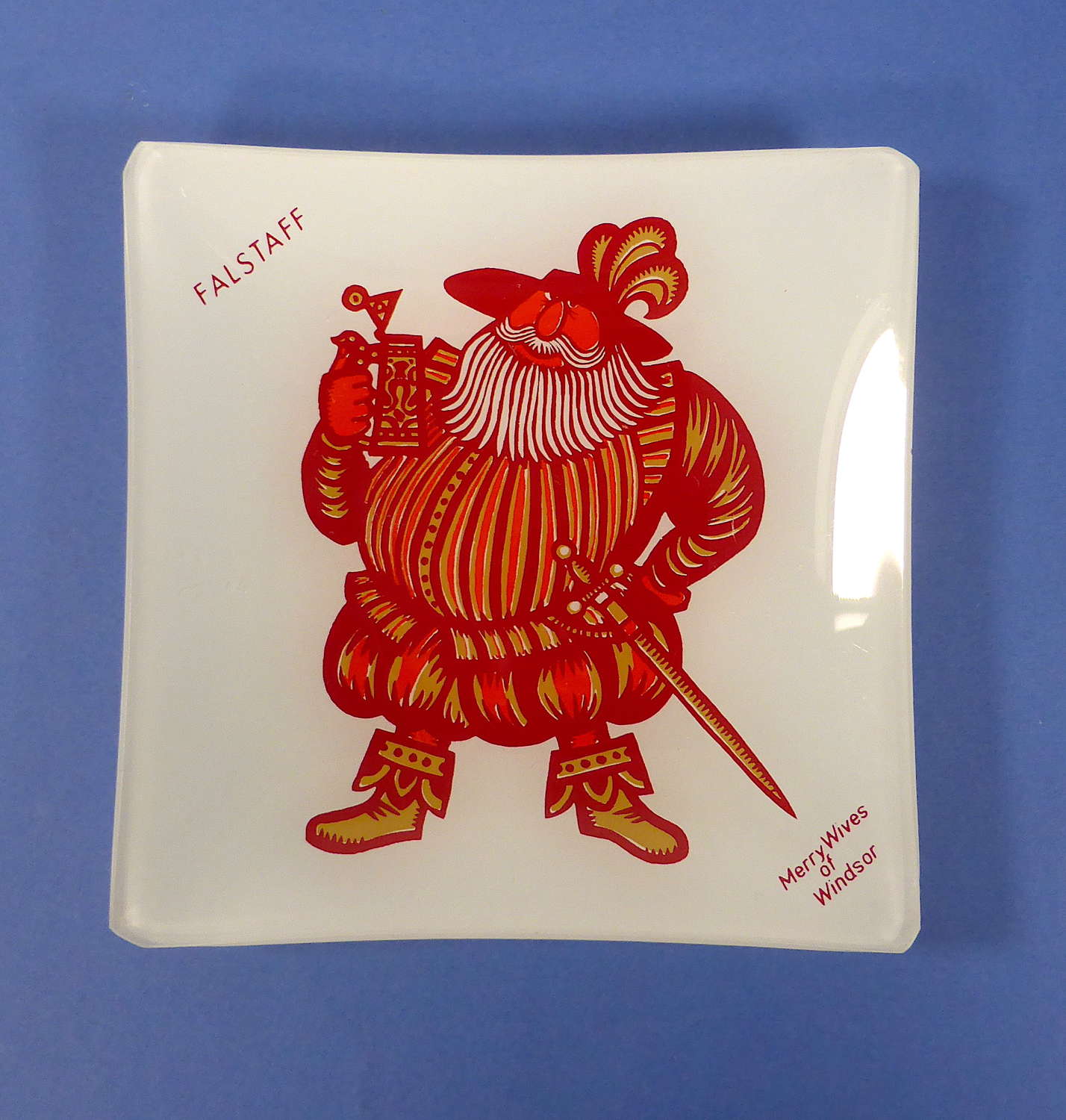 A very rare small glass tray made by Chance Glass of Birmingham, and designed by Kenneth Townsend (1931-1999). Townsend was a popular British artist and illustrator who produced designs for tiles, glassware, pottery and textiles, as well as illustrating books and children's games. He is best known for his humorous, cartoon-like illustrations. In the 1970s, his designs appeared on small glass dishes produced by Chance Brothers. His 'Scenes of London' series produced in 1973 featured cartoonish images of a London Policeman, a Chelsea Pensioner, a Beefeater, a Coldstream Guard, a Horse Guard and a London bus. It was very popular, and examples can still be found fairly easily today. In 1974 Chance produced a series featuring his designs of Shakespearean characters. These were not as popular so less were produced, and consequently are scare today.

This tray is from the elusive Shakespeare series. It features a screenprint of a cartoon-like image of Falstaff from 'The Merry Wives of Windsor', printed on a slump moulded glass dish.

It is in great condition with very slight wear.

You can find more information about Townsend's designs here : https://www.kenneth-townsend.co.uk/index.html 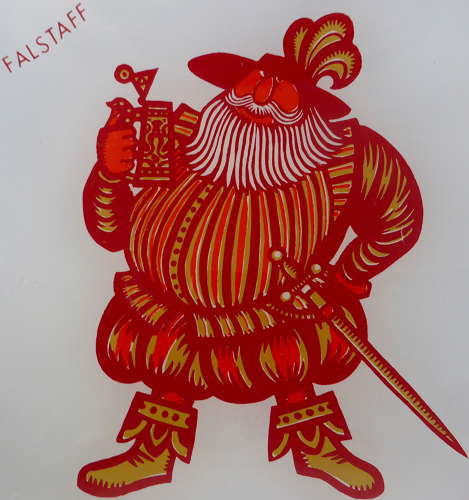 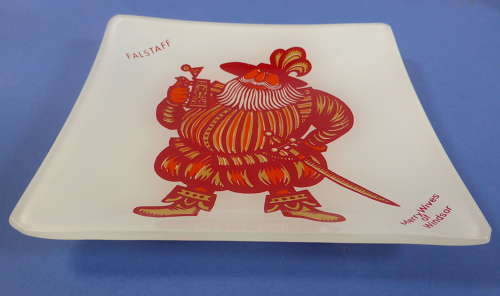