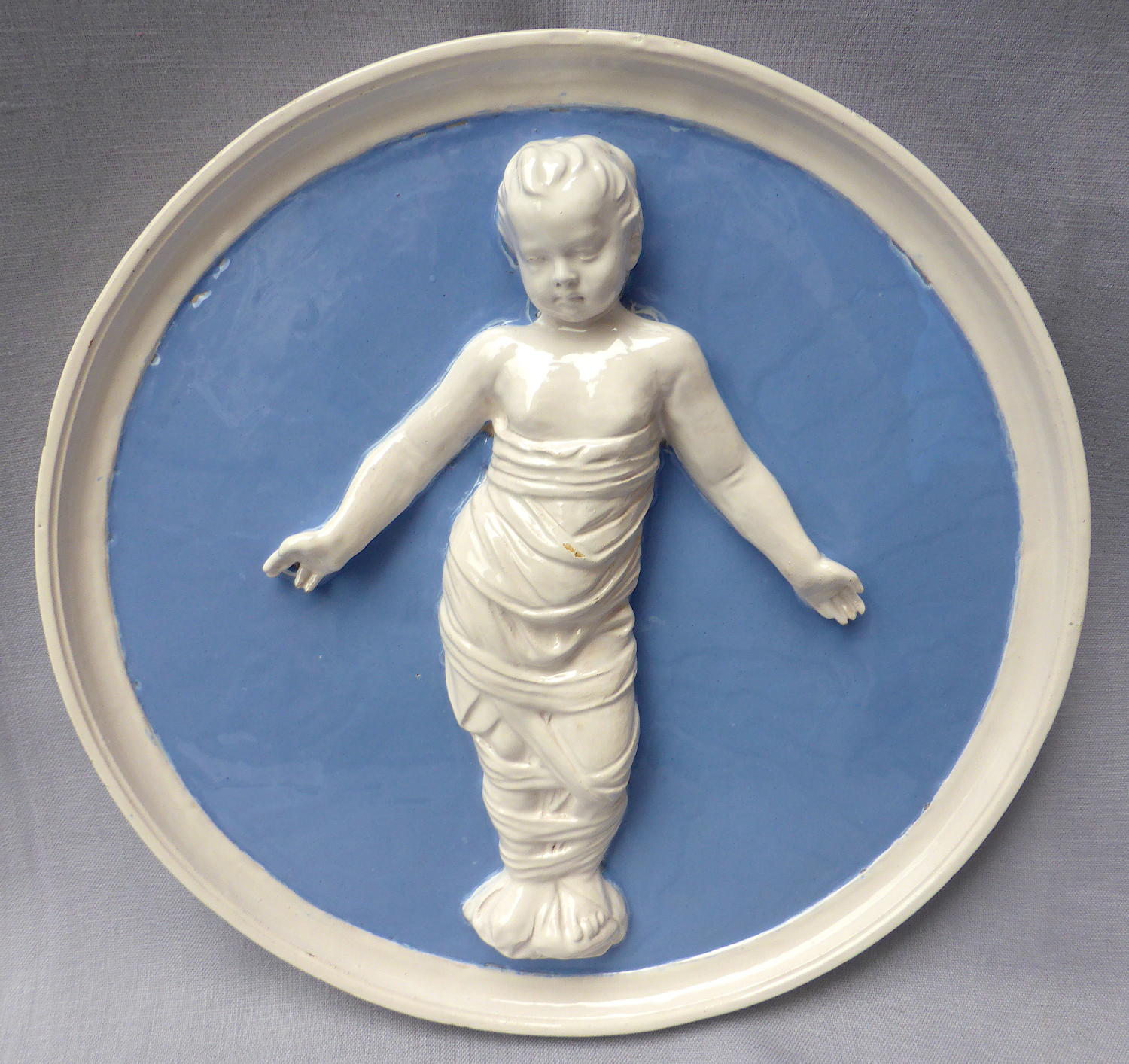 A large faience 'Foundling' wall plaque in the style of Della Robbia, dating to the mid 20th century. Based on a roundel designed by Italian Renaissance sculptor Andrea della Robbia, for the facade of the Foundling Hospital in Florence. The figure is of an infant clothed in swaddling, often interpreted as being Christ. The figure is in deep relief against a blue ground, a shade known as Della Robbia blue. The glaze on this piece makes it suitable for display both inside and out, but avoid leaving outside when frosty.

In good original condition with a few minor flakes to the glaze. 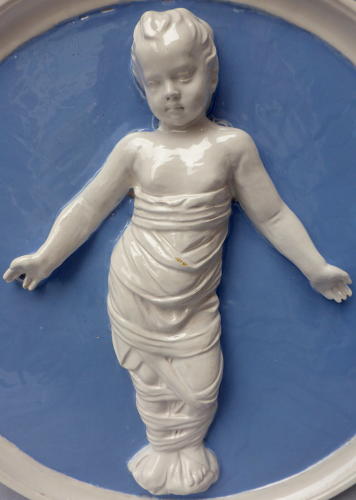 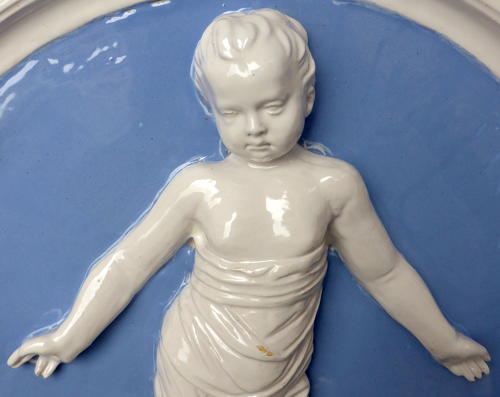 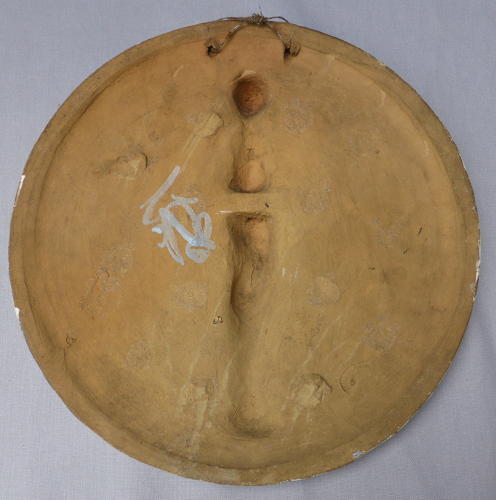 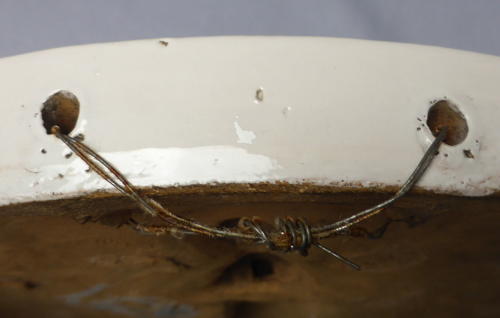