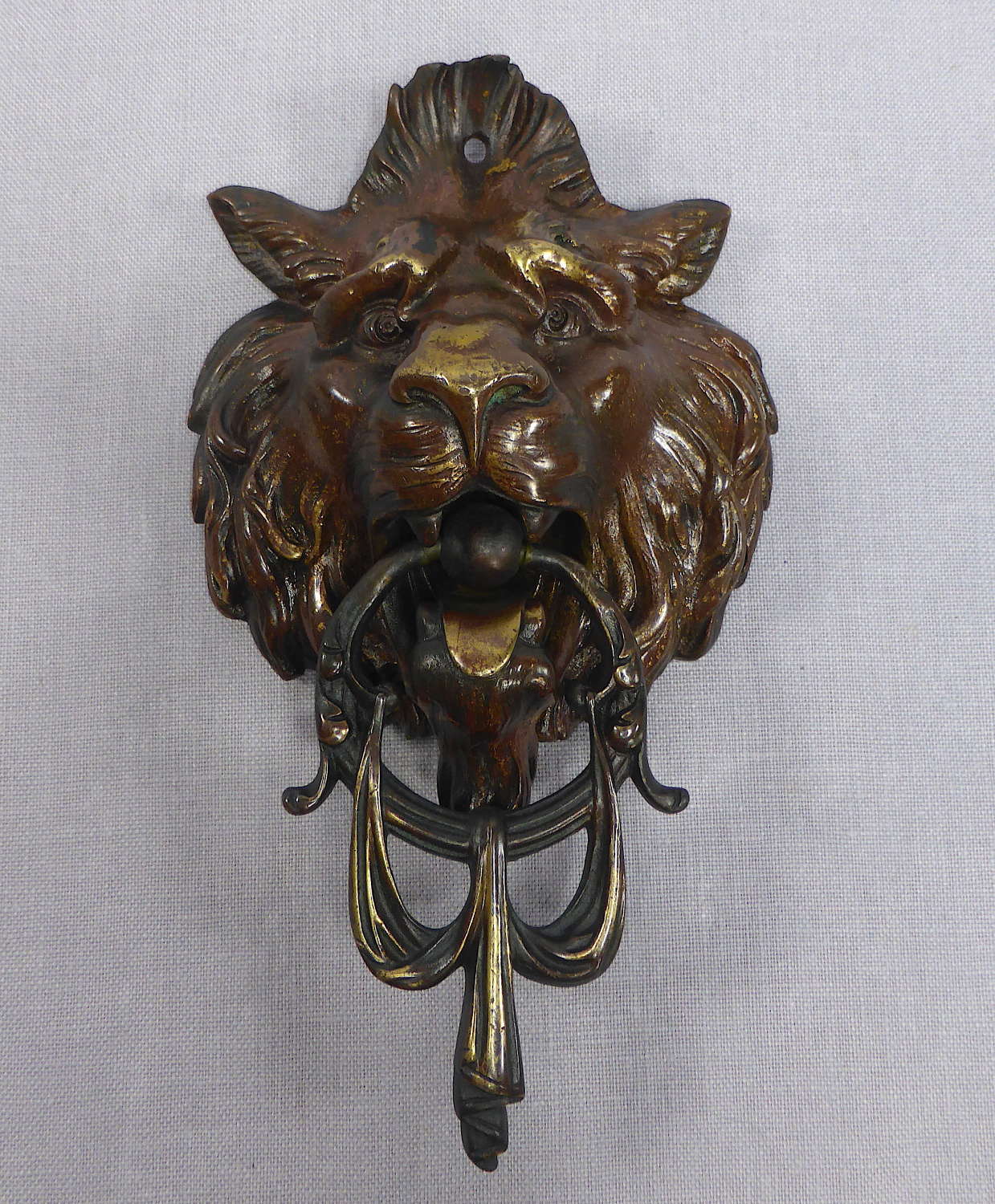 A very finely cast door knocker in the form of a lion's head, dating to approximately the early 20th century. The lion is holding a ball in his open mouth to which are attached decorative swags that form the knocker. This hits the lion's beard to produce the knocking sound. The brass was originally patinated to look like bronze; this has worn off in places revealing the brass beneath giving an appealingly worn appearance. The lion has a particularly appealing face and would add real character to a front door. 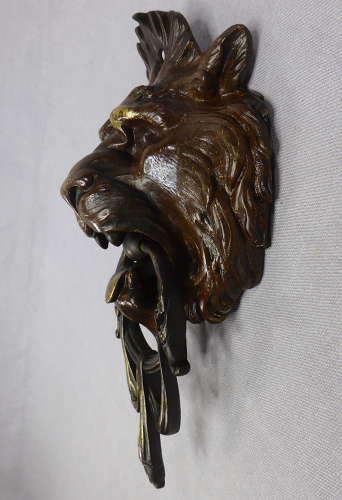 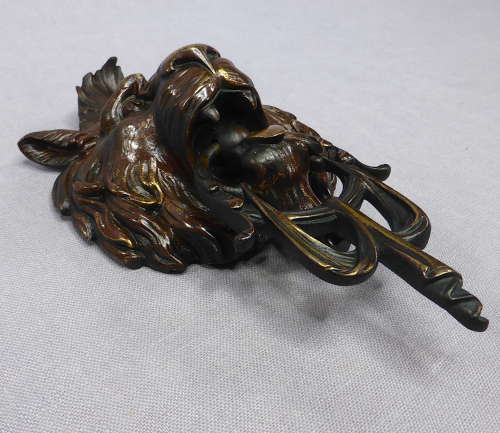 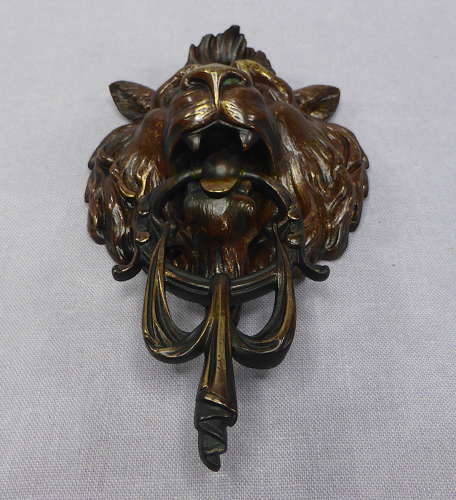 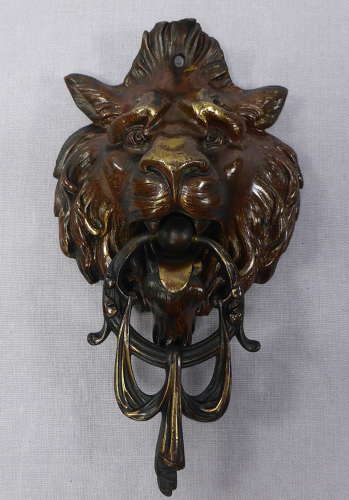 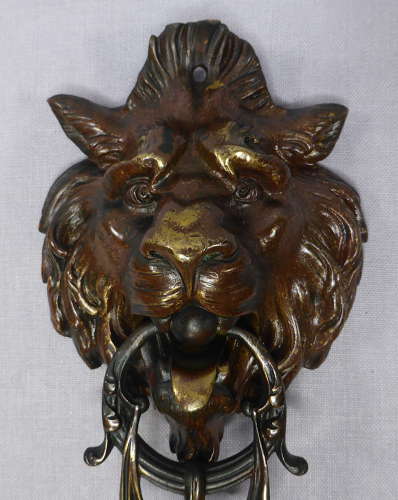 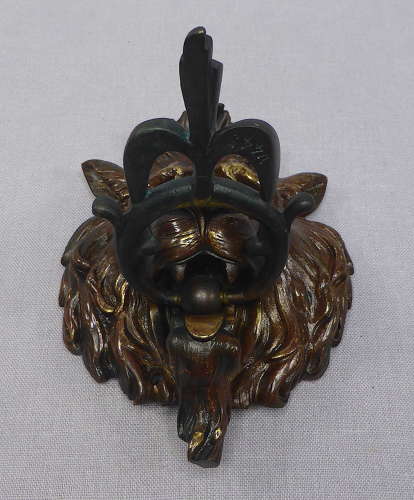 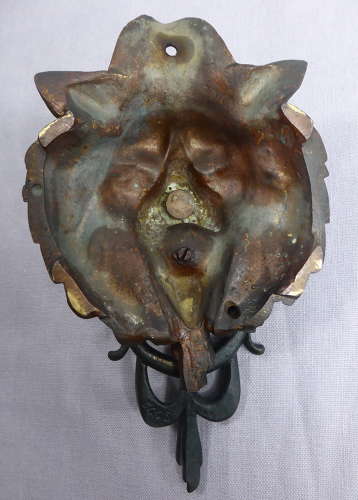