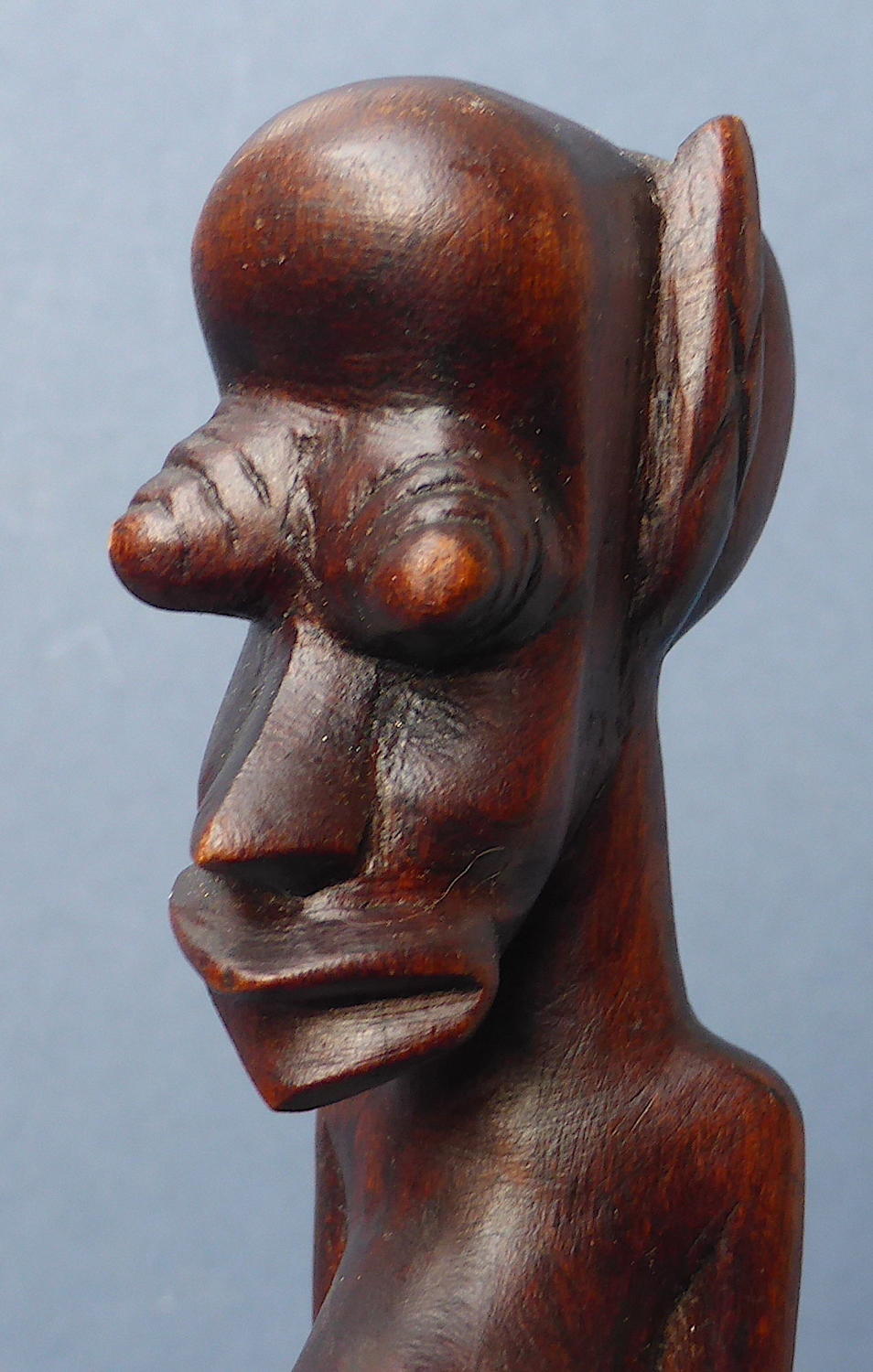 An unusual carved African figure, dating to the mid 20th century. Made by the Kuba people of the Congo, it depicts a man wearing a ceremonial dance mask called a Pwoom Itok. A typical feature of these mask is the curious protruding conical eyes, along with pointed ears and exaggerated mouth.