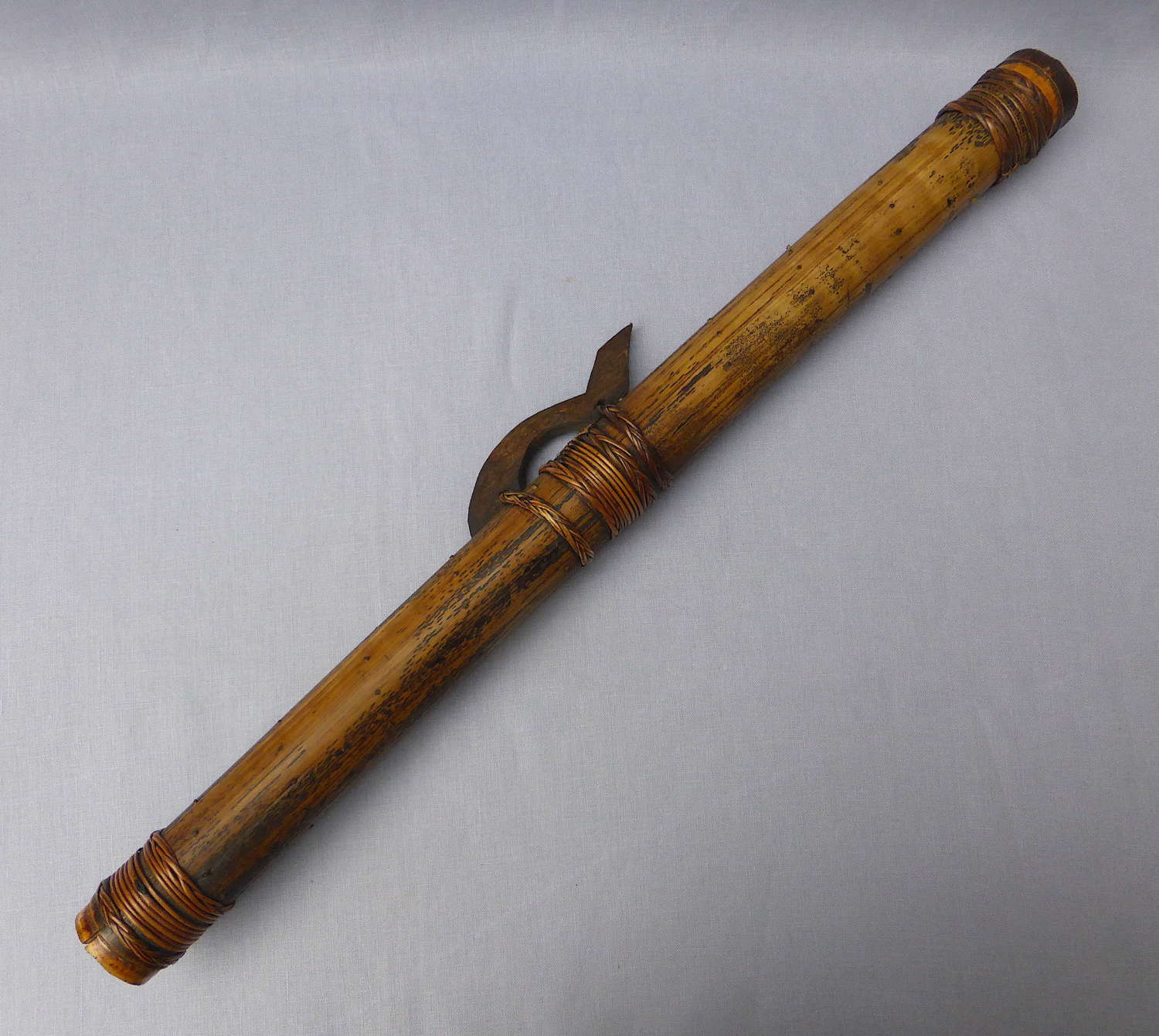 A traditional tribal rainstick, dating to the mid 20th century and probably originating from Africa. It is made out of bamboo with sealed ends, and with lots of small wooden pins or thorns driven into the sides along its length. It is filled with lots of small pebbles or dried beans and, when the stick is upended these fall to the other end, hitting the pins and making a sound rather like rain on a tin roof. The outside is bound with decorative twine and it has a carved wooden handle attached. It has an appealing aged patina.

This traditional musical instrument was used in tribal ceremonies, particularly in times of drought, as it was believed its use could encourage rain to fall. 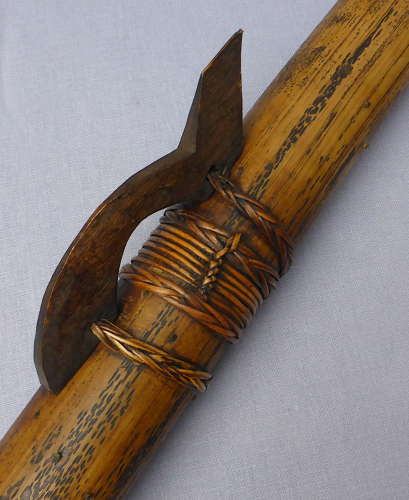 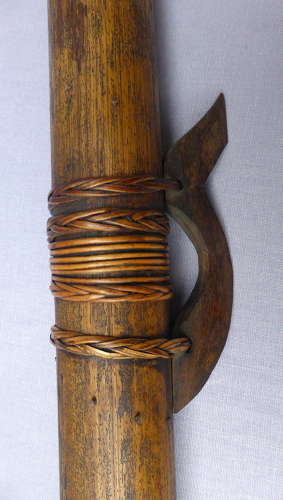 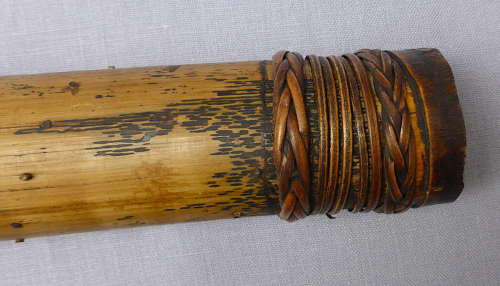 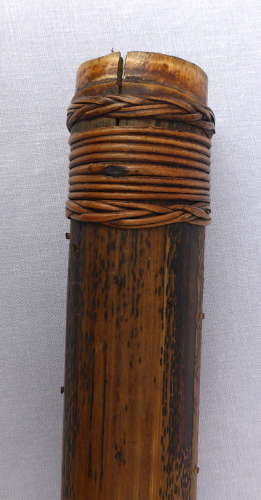