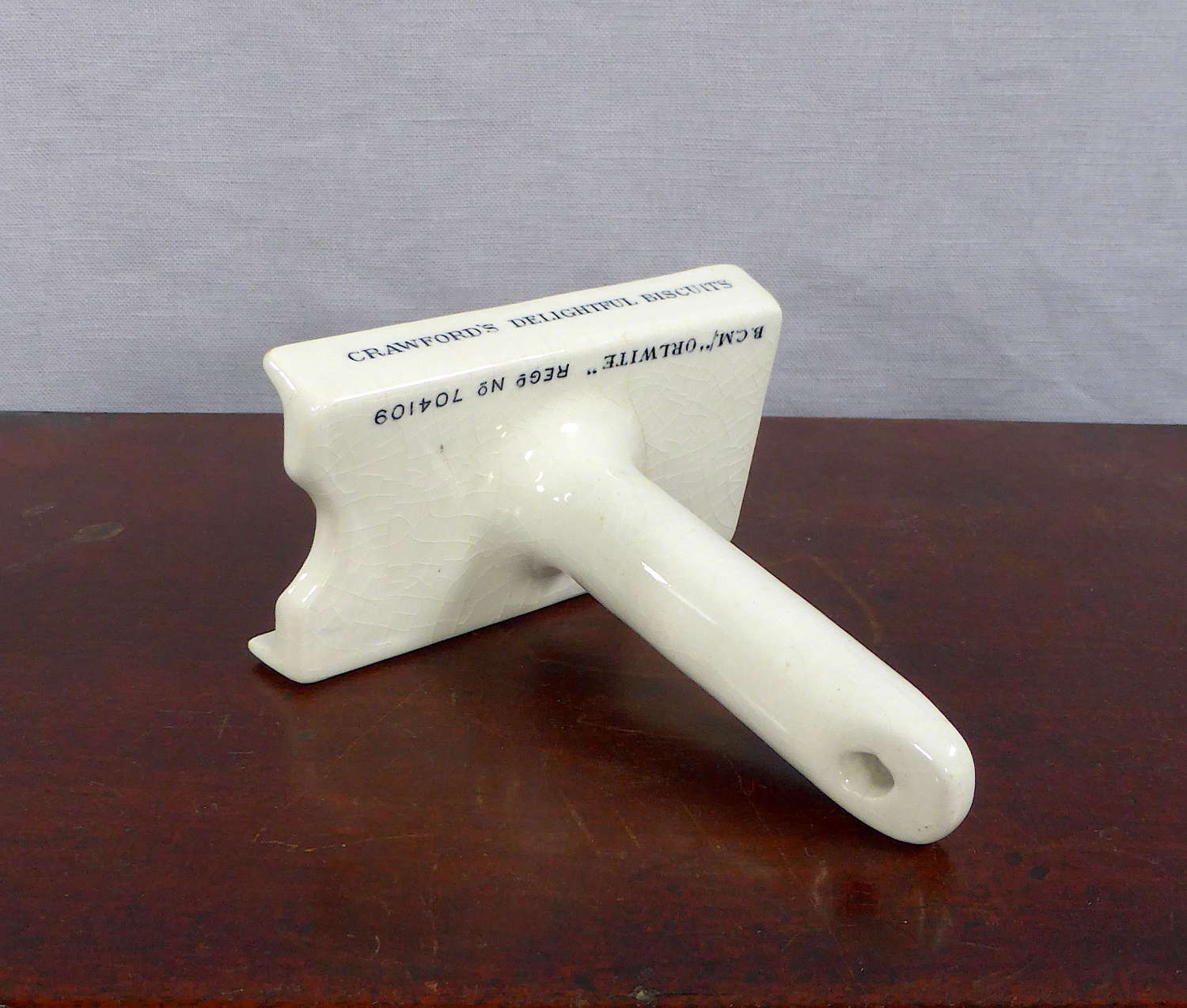 A rare "Orlwite" ceramic ice cream wafer maker, advertising "Crawford's Delightful Biscuits". It is marked "BCM" which stands for British Commercial Monomarks, a short lived mechanism similar to postcodes, for identifying all British products and for making contact with producers easier. It also bears the registration number 704109, dating it to the 1920s. This unusual gadget was used for construction of small ice cream wafer sandwiches. A Crawford's wafer, made just the right size to fit, would be laid into the top, a thin slice of ice cream added, topped with another wafer. The complete sandwich could then be slid out of the open end.

There is a small hairline to one end but otherwise it is in good condition. 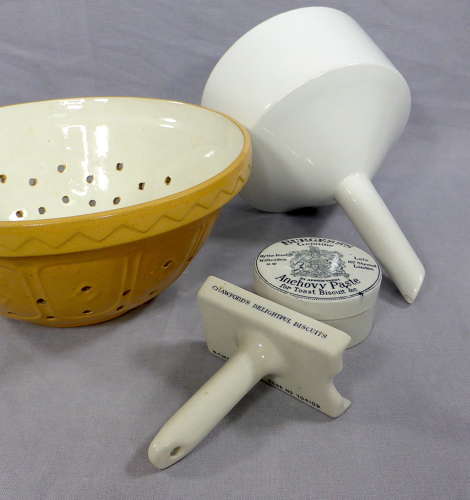 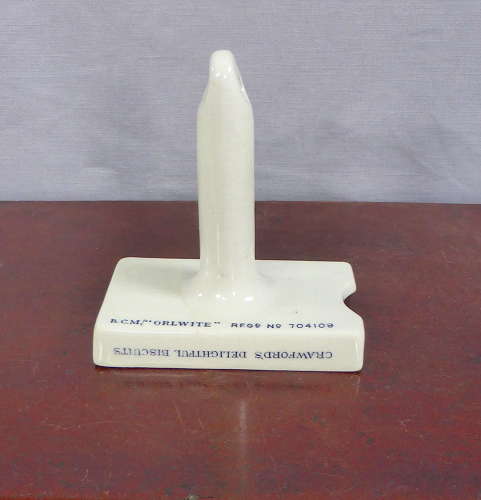 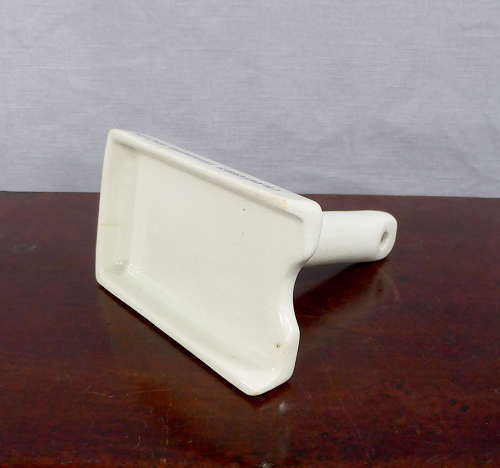 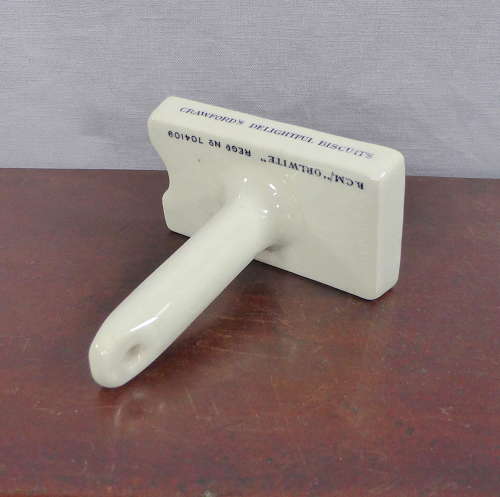 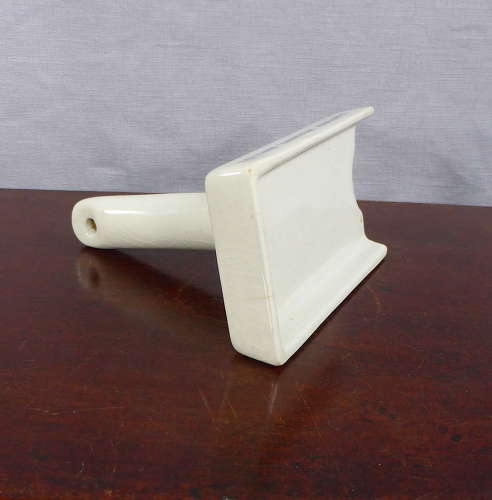 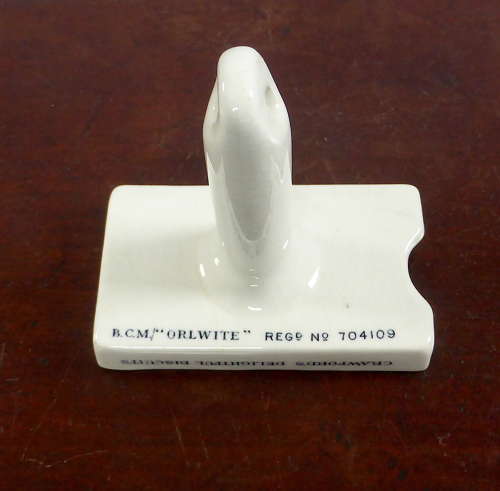