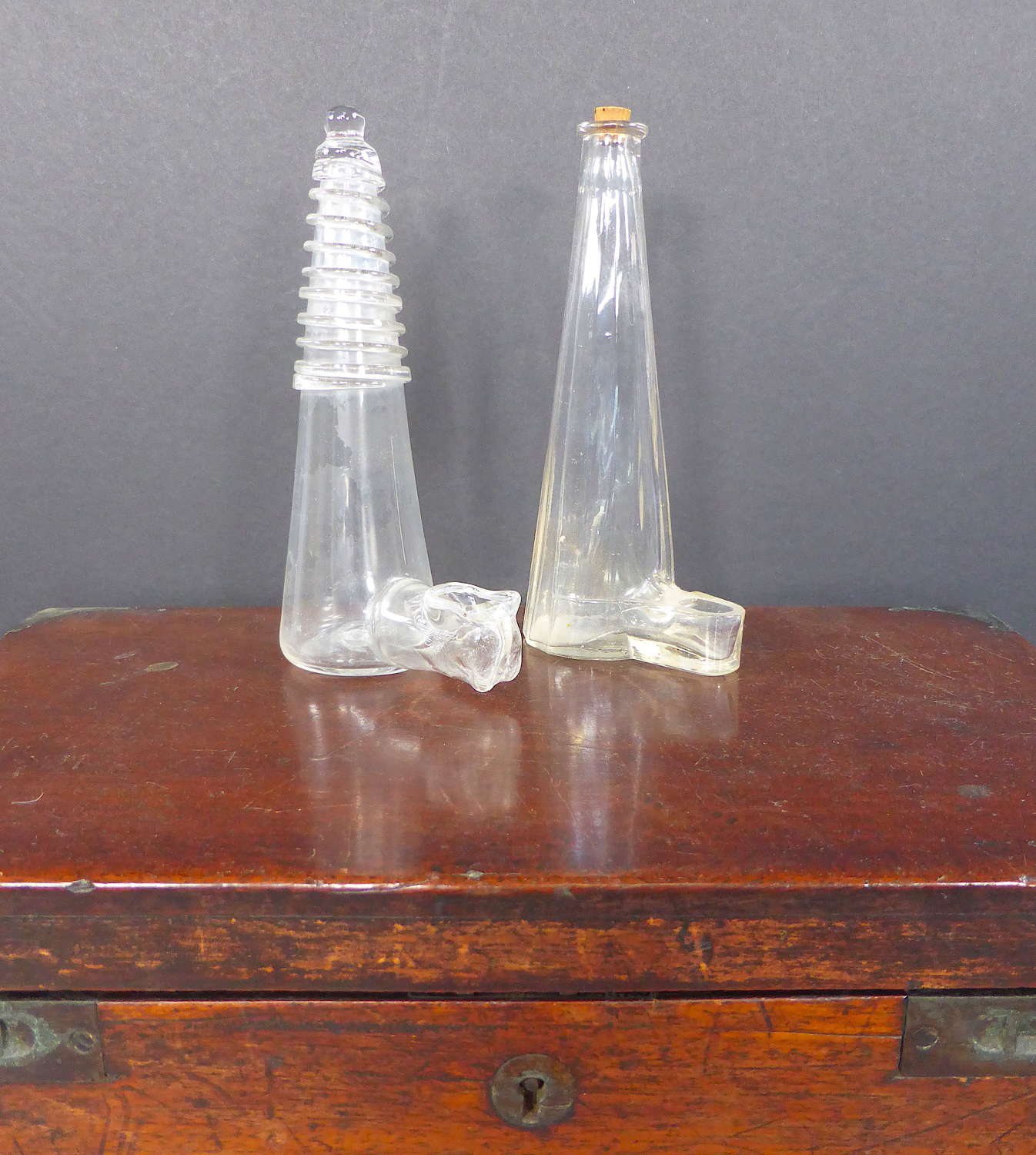 Two rare caged bird feeders or waterers, dating to the mid to late 19th century. The older of the two is made out of blown glass with an attractive applied spiral of glass topped with a round finial. The other is slightly later and was made in France. It is made out of moulded glass and is marked 'Le Fifi'. The base is marked 'ML Déposé'. It still has its original cork stopper.

Both feeders are in good condition. 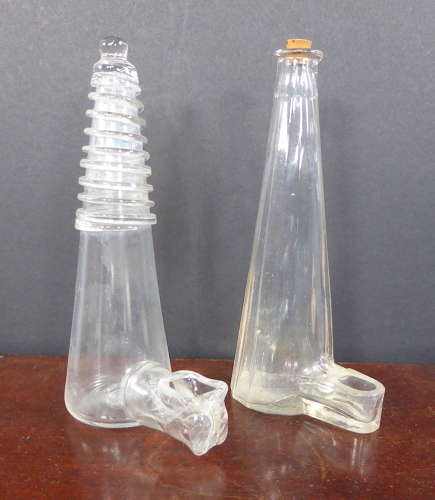 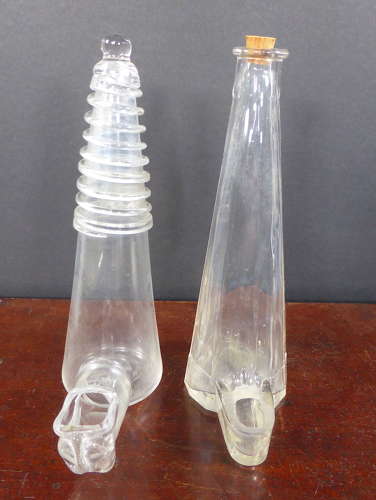 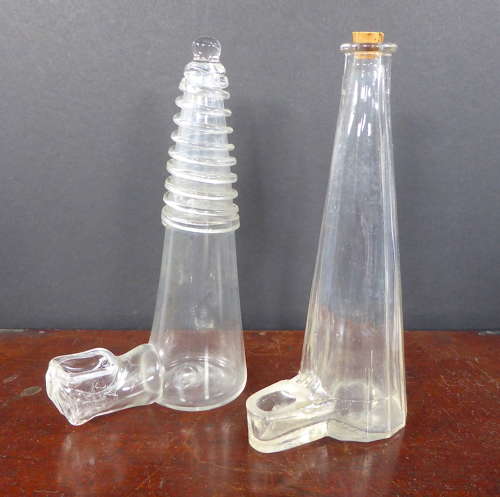