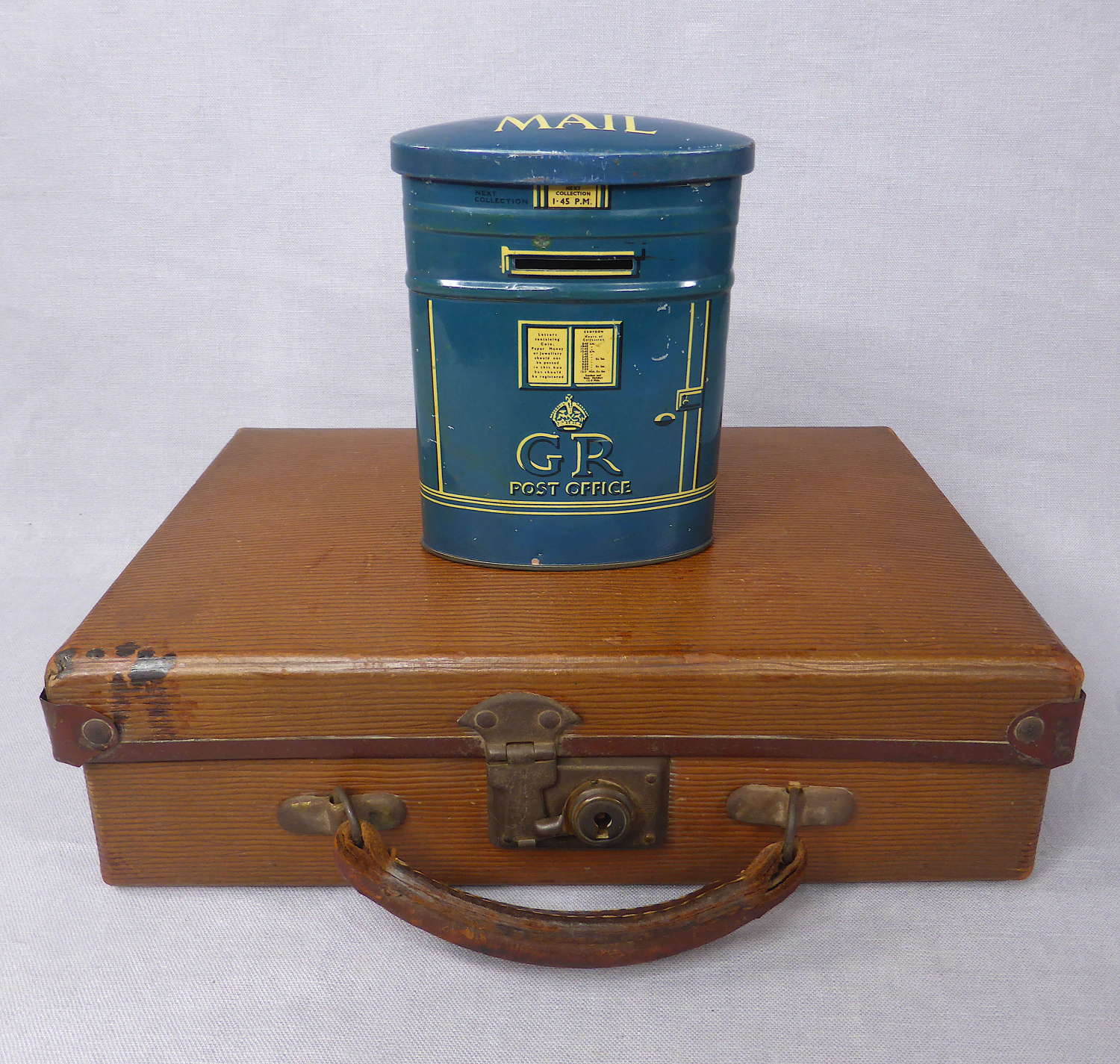 An unusual money box in the form of an airmail postbox, dating to the 1930s. It is made of lithographed tinplate and unusually is coloured blue rather than red. It is in good condition with minor wear commensurate with its age.

Blue postboxes were introduced to British streets in the early 1930s. They were painted airforce blue to differentiate them from standard postboxes. By the 1930s regular airmail services to Europe and the British colonies were operating and, to facilitate easy collection of the mail, the dedicated postboxes were introduced. Only around 300 of the blue boxes were installed in Britain and around half of these were in London, making them a relatively rare sight. The service was suspended at the start of the war, and by the end of the war airmail letters could be posted anywhere, so the blue boxes became defunct. Money boxes promoting the use of the airmail postboxes were also issued for a very limited period and as a result they are rare today. 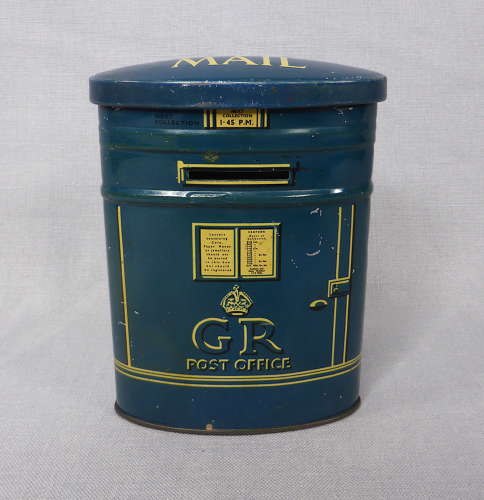 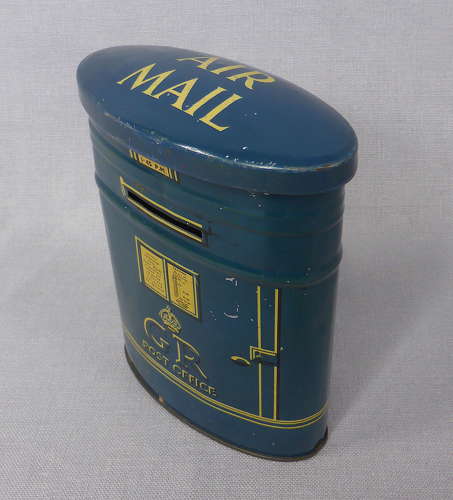 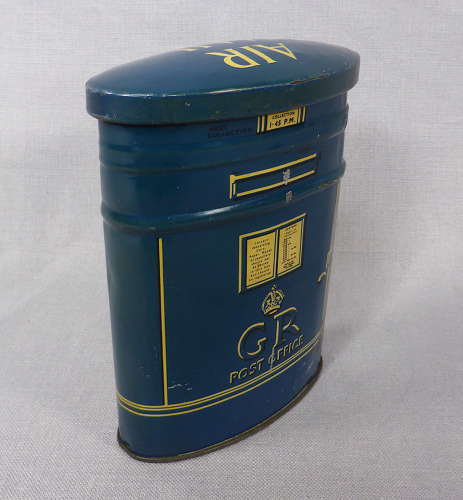 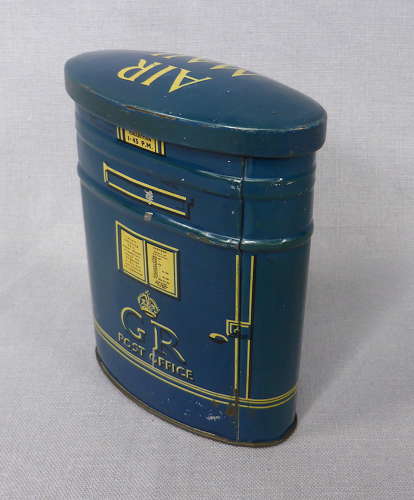 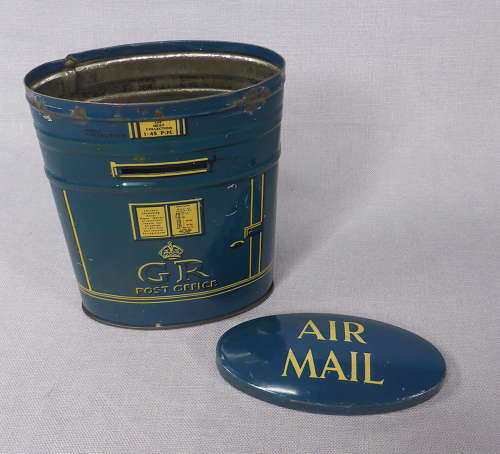 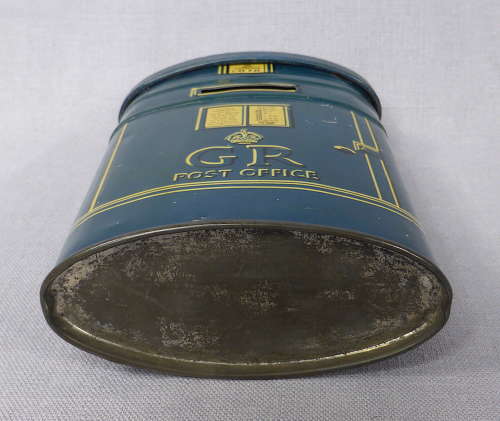