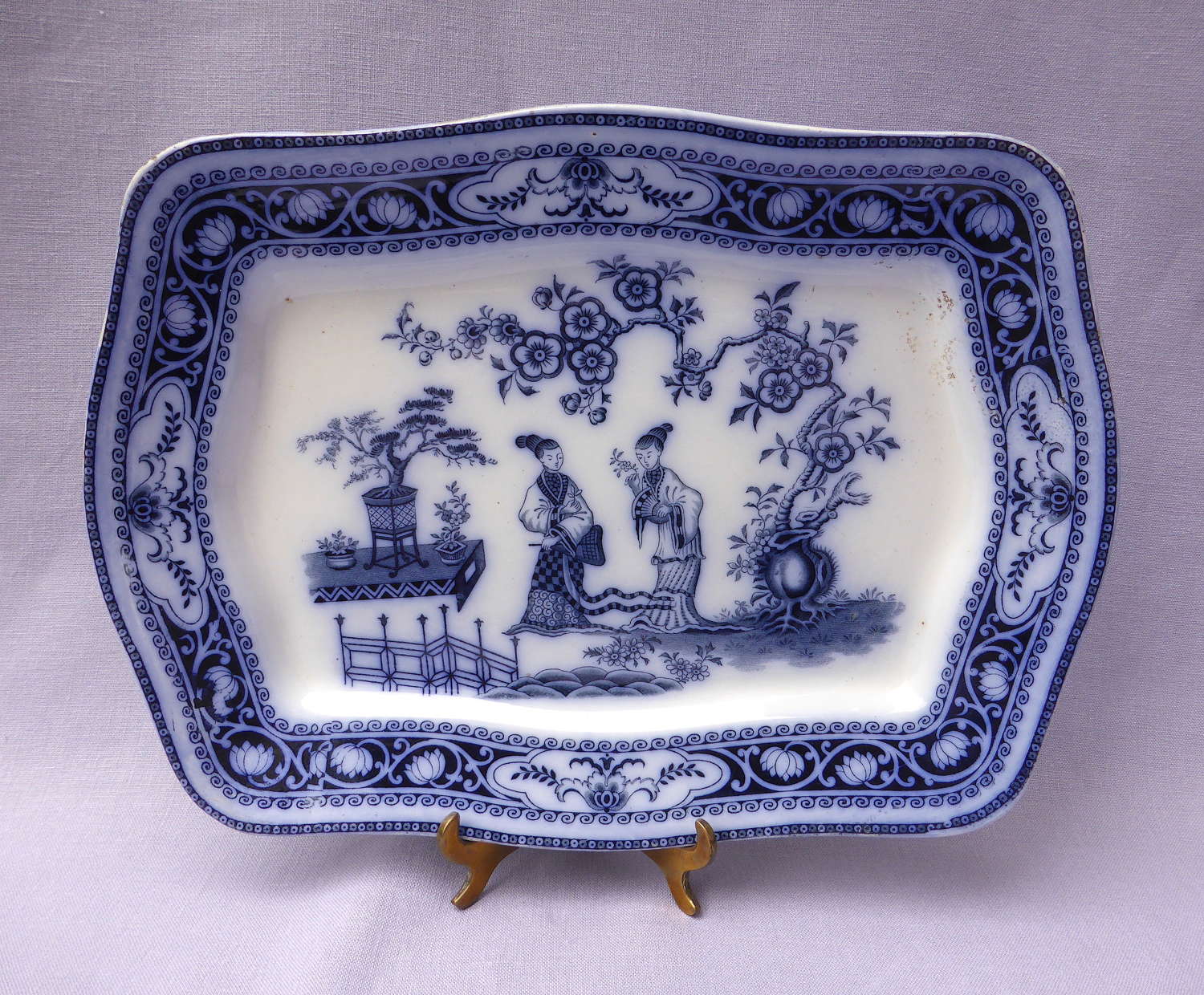 A very attractive blue & white earthenware platter, made by Sampson Hancock & Sons in the early 20th century. It is decorated with a transferred chinoiserie style pattern called "Cheng", according to the backstamp a reproduction of an original Chinese design of the Kangxi period - printed phonetically on the back as "Khang He".

There are some faults to the glaze that occurred during production, and a very small nick to the glaze at the rim. 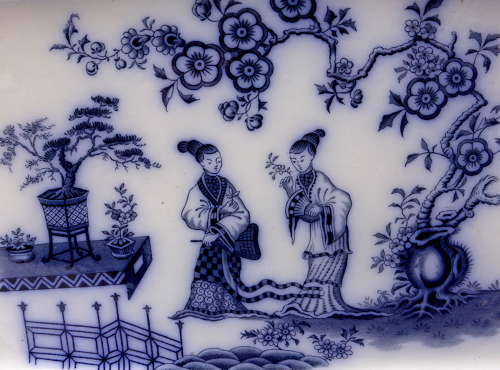 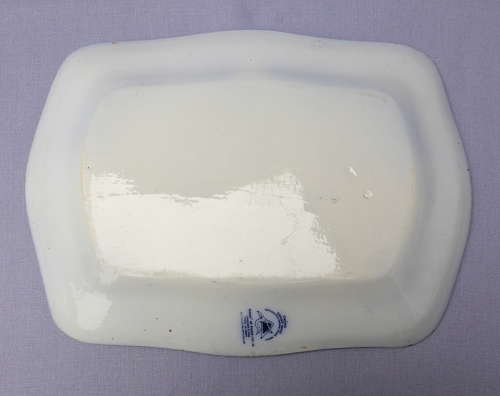 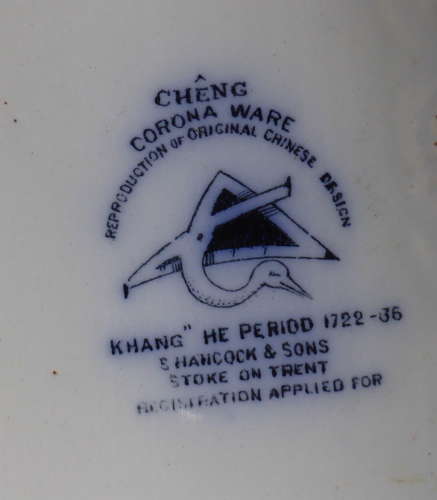