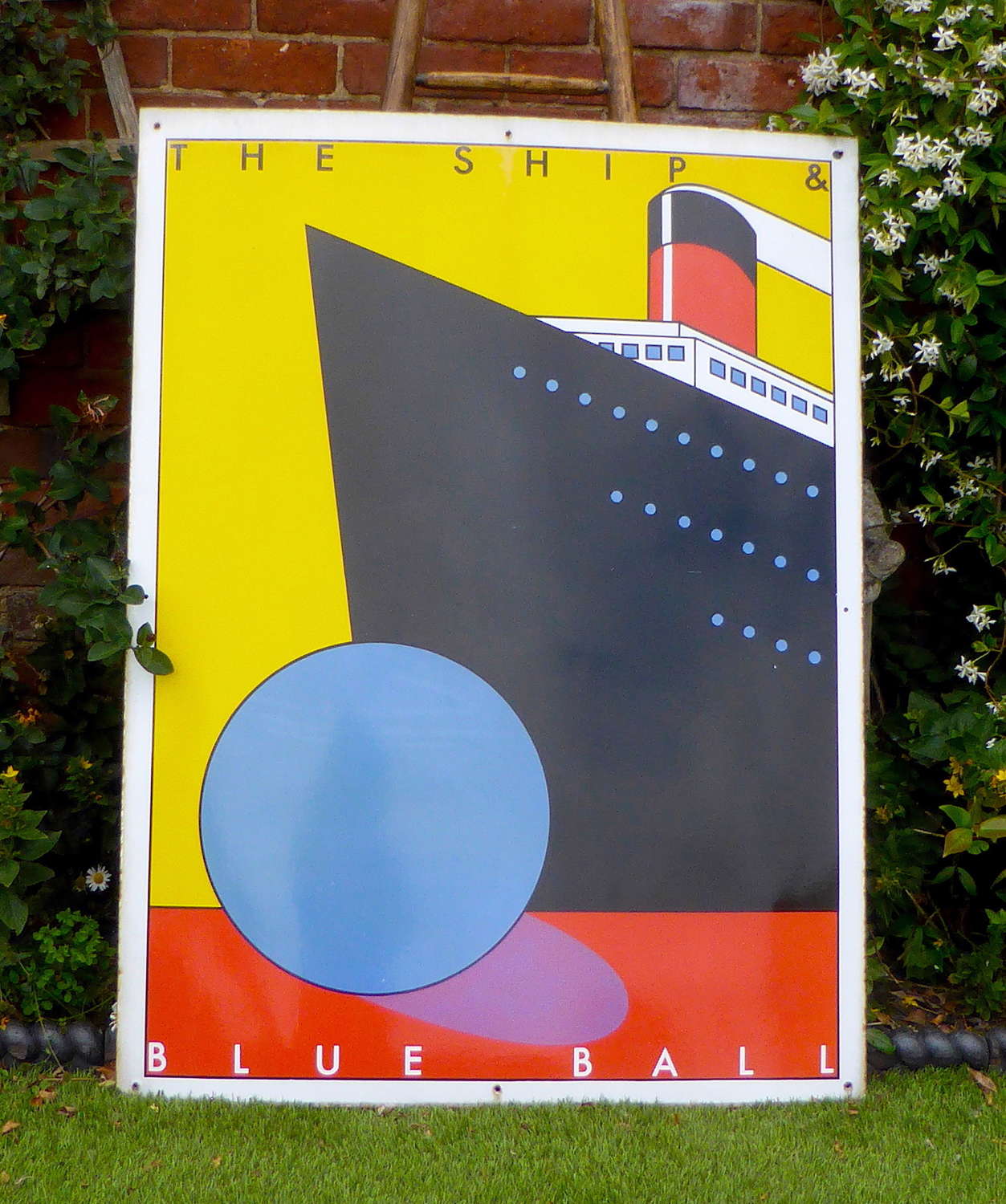 A rare metal pub sign, commissioned by Watney's Brewery in the 1980s/90s. It was designed by Dan Fern and was one of a series of signs commissioned from artists of the day to update the image of the brewery. The design is graphic in style with a 'Pop Art' feel. I think these signs were intended as limited edition art works rather than actual pub signs, so I don't think it was ever mounted on a building. It has screw holes round the edge for ease of mounting. It is in good original condition. Dogs included for scale!

The Ship and Blue Ball pub was in the Bethnal Green area of London, and legend has it that this is where the Great Train Robbery was planned. 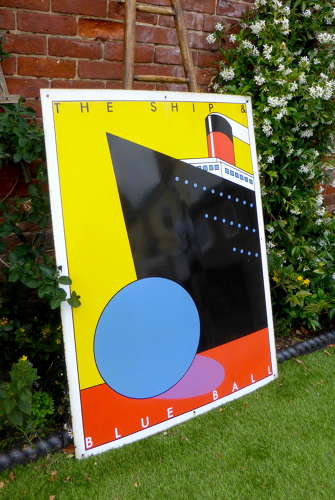 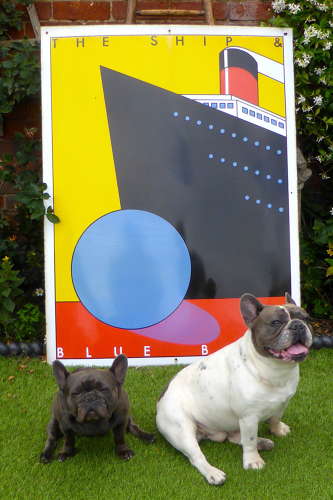 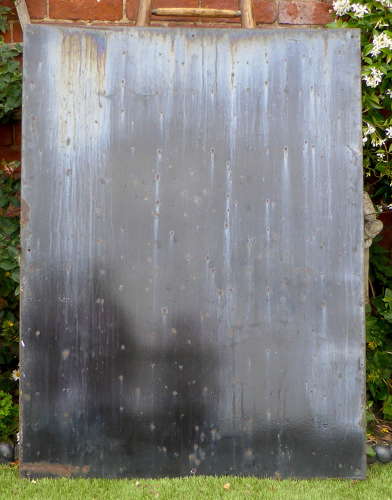