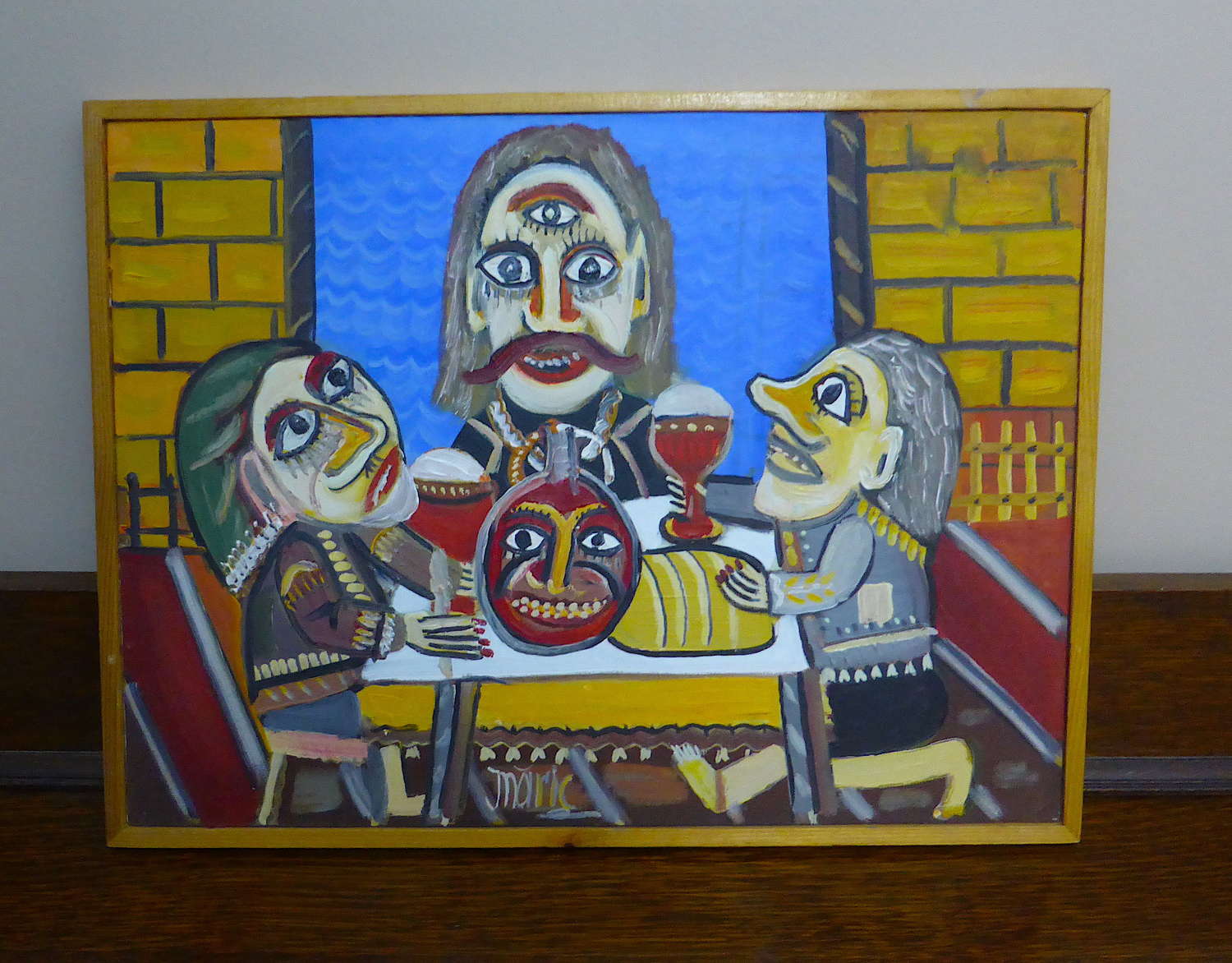 A wonderful original signed painting by the renowned Romanian folk artist, Ioan Maric (b.1945). Maric was a founding member of the Romanian naive painting movement that flourished in the 1970s, and is greatly influenced by Romanian fairy tales and folk stories. This painting, with its naive style, vivid colours and slightly grotesque characters, is very typical of his work. The title "Ochilă" is written on the back. This is the name of a character in a Romanian fairy story called "Harap Alb" or "The White Moor", written by 19th century Romanian author, Ion Creangă. Ochilă is usually depicted with an eye in the middle of his forehead. He has the ability to see for very great distances.

This painting is in oil on canvas and is signed by Maric. It dates to around the 1980s-90s. The back bears Maric's details and the painting's title. It is framed in a simple plain wood frame. This is a wonderfully decorative piece, full of the joy and naivety that characterise Maric's art. 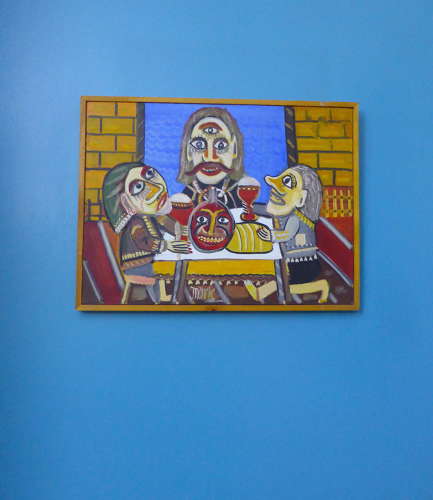 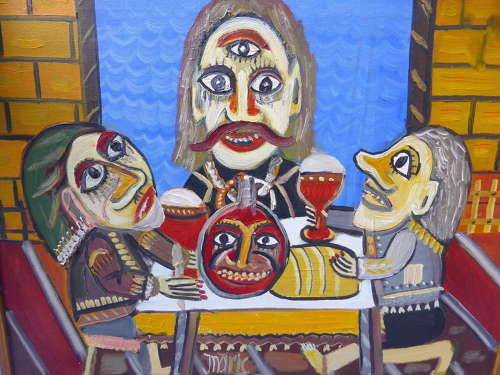 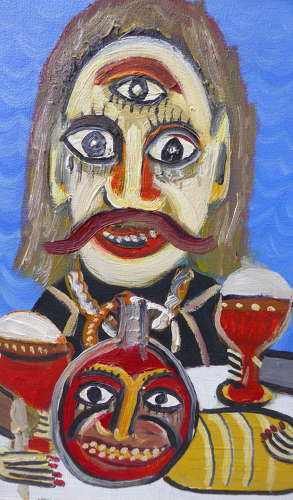 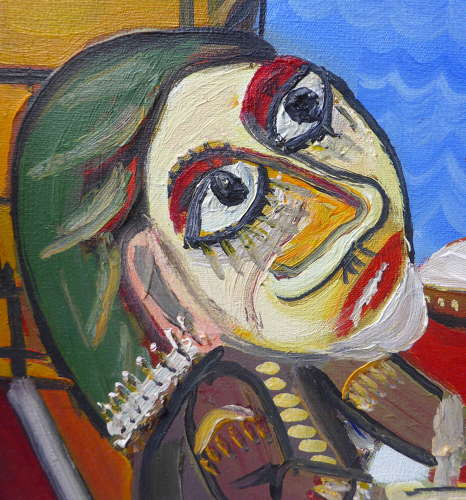 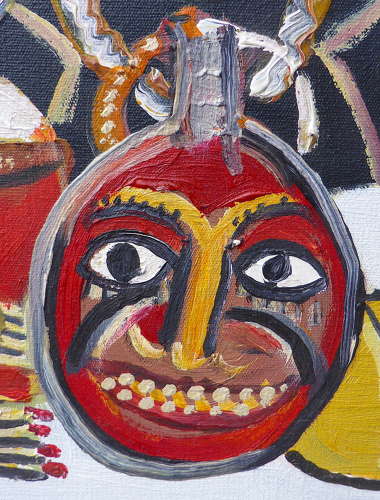 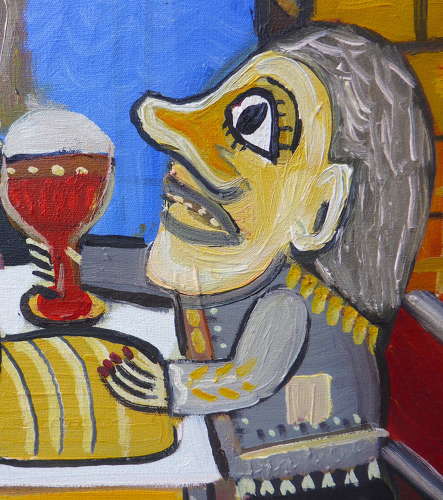 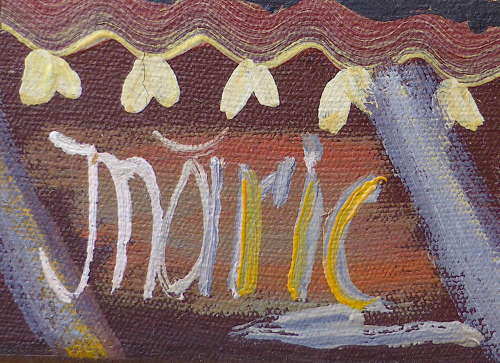 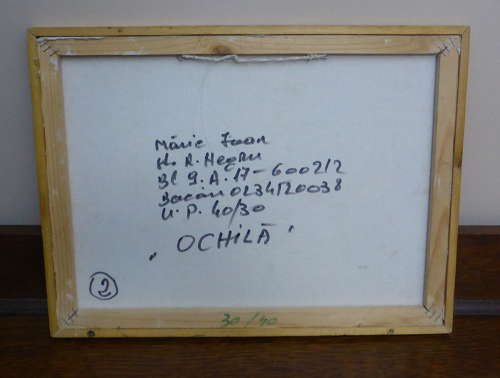