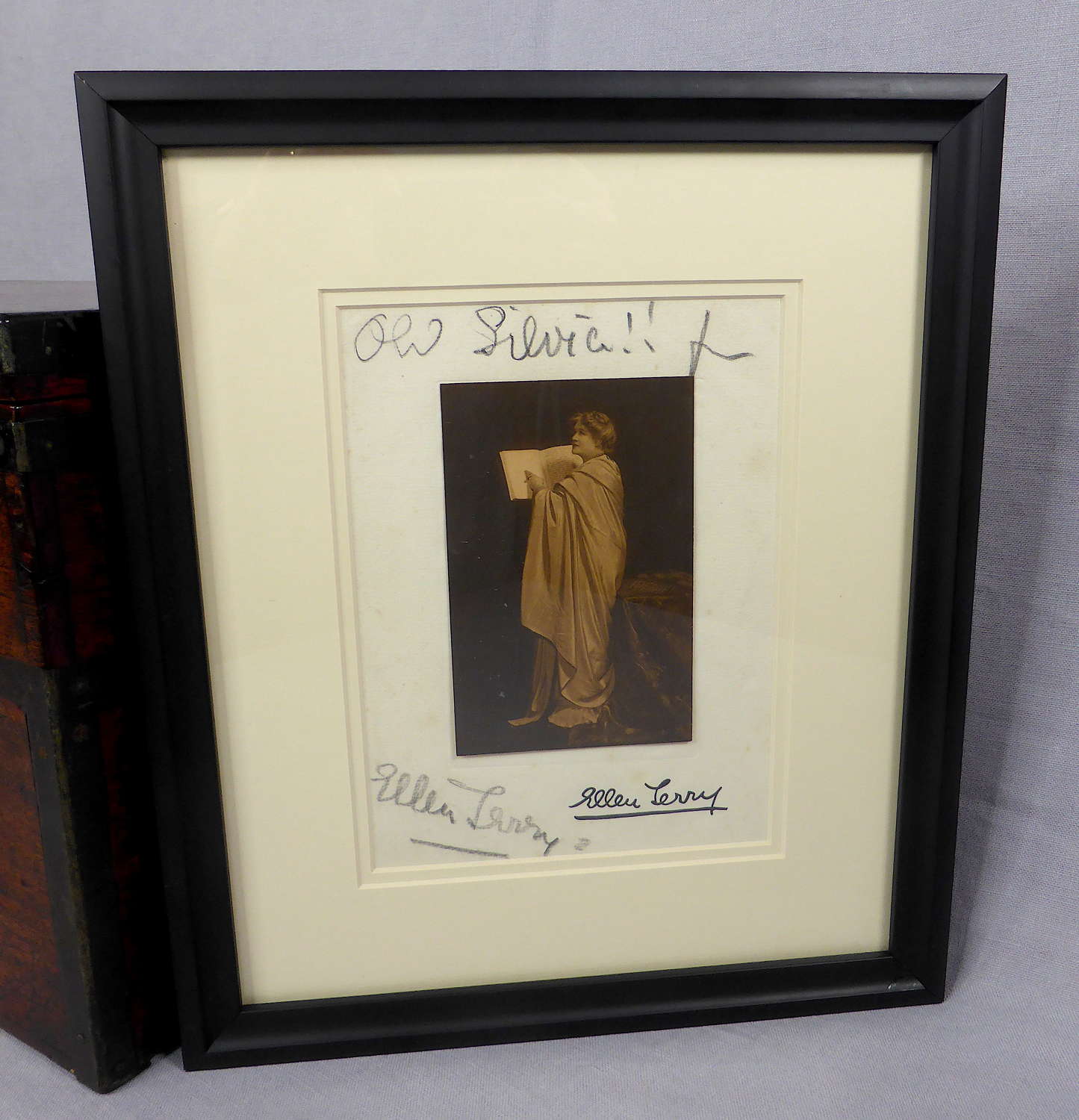 An interesting signed photograph of the great English actress Dame Ellen Terry (1847-1928). The photograph shows Terry during a lecture tour that she undertook between 1910 and 1915. Later in her career Terry was keen to prove that she was more than just an actress and she published various writings, including her autobiography, and lectured on Shakespeare's heroines. The tour proved very popular and photographs like this would have been available to buy as souvenirs. There is a printed signature on the mount below the photo and it is also inscribed in pencil in Terry's hand "Oh Silvia!! from Ellen Terry". The photograph is mounted behind glass in a new frame.

There is minor foxing to the mount. 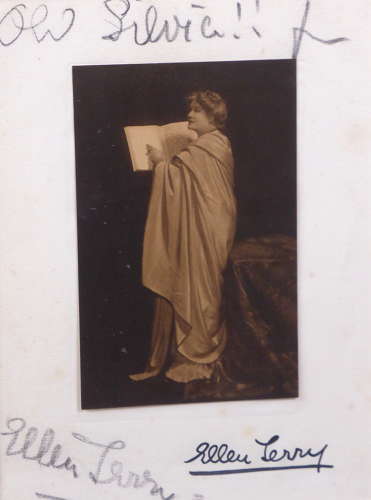 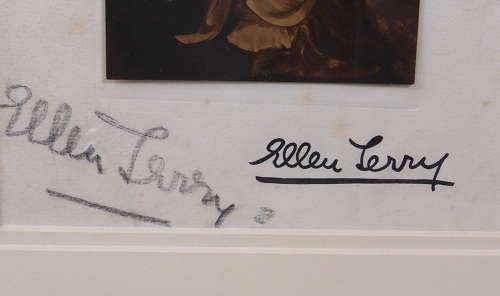 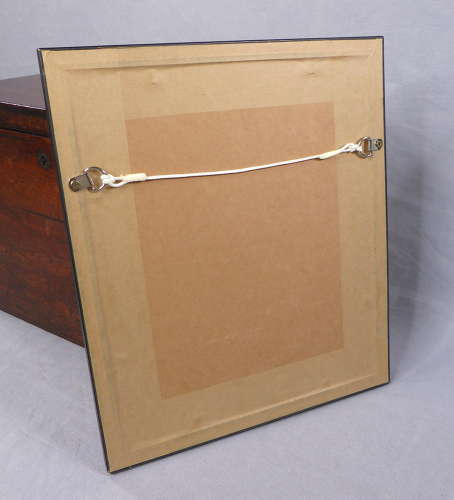 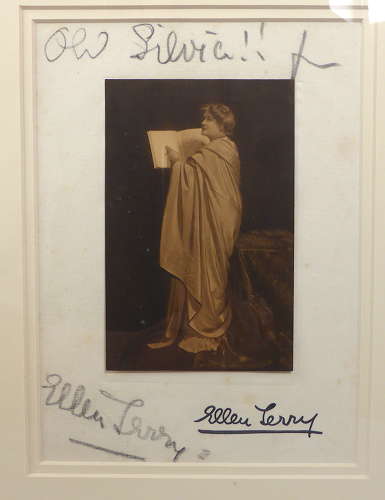 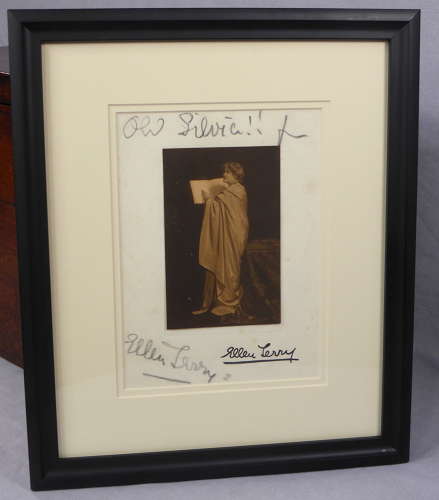