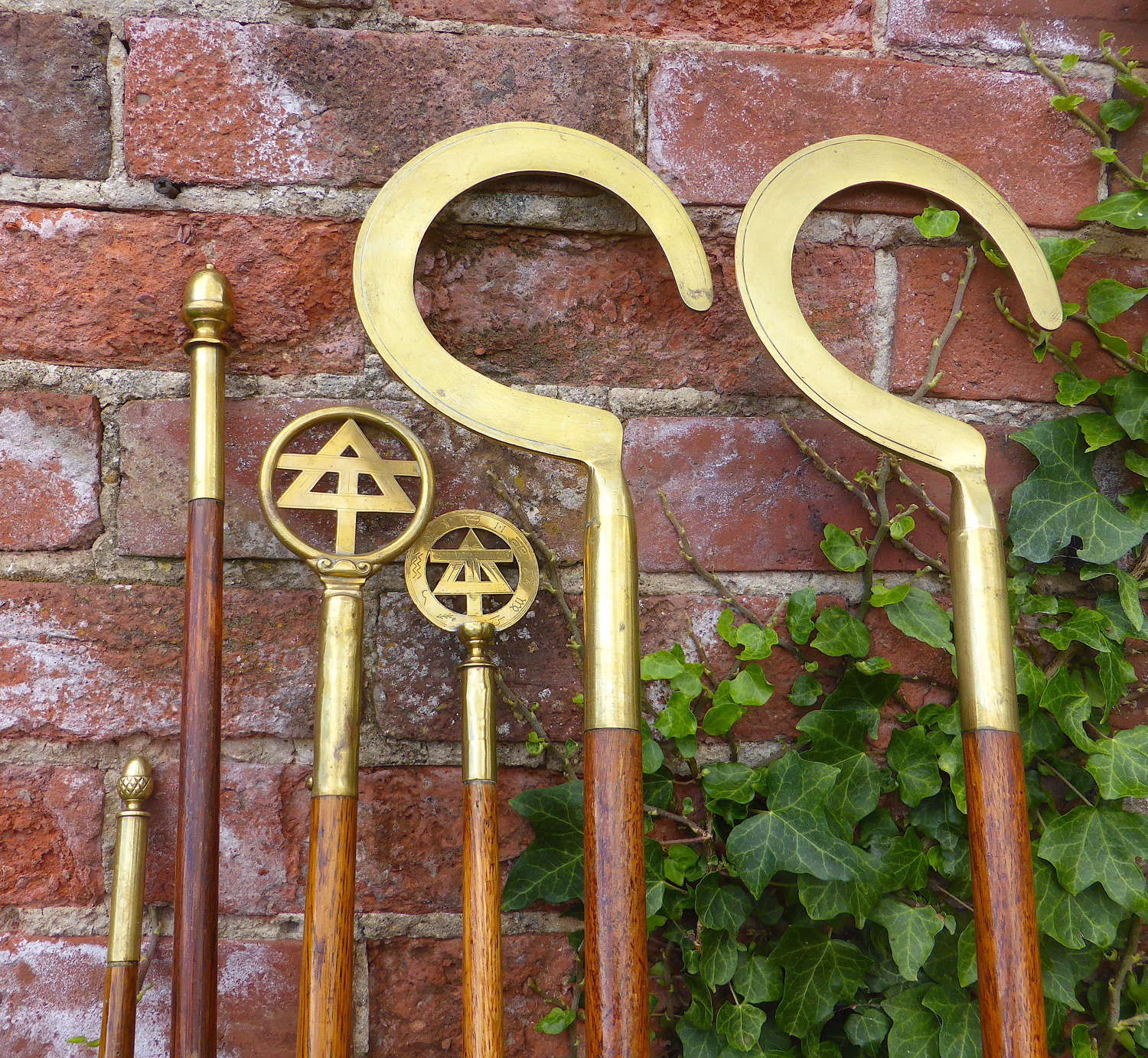 A collection of six Friendly Society processional staves, dating to the late 19th to early 20th century. Friendly Societies were common in many British villages between the late 18th and early 20th centuries. These clubs were formed to provide insurance for members to protect them and their families in case of sickness or death. Staves like this were used on feast days and during the annual village meeting when members would parade around the village, many carrying staves like these. The use of staves with brass heads was most common in the west of England.

These examples are complete with their original wooden staffs with brass heads in the form of a couple of acorns, two crozier type hoooks and two Masonic looking emblems, one etched with the symbols for signs of the zodiac. The tallest stave measures 182cm tall, the shortest 149cm. They are in great condition with good patination. 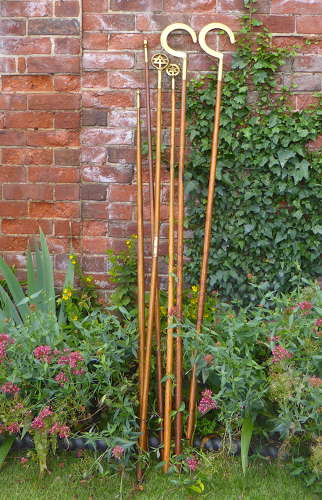 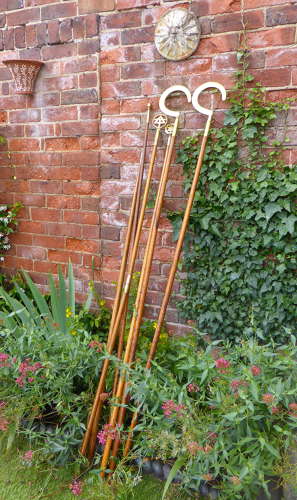 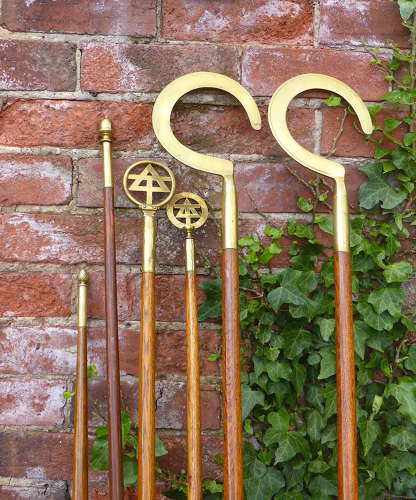 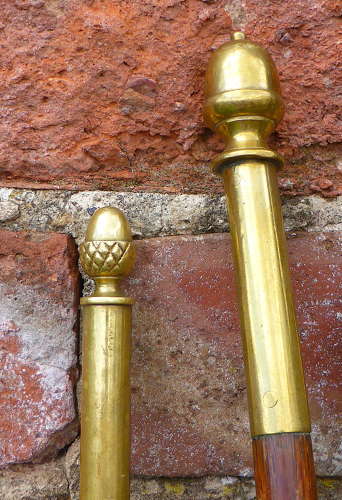 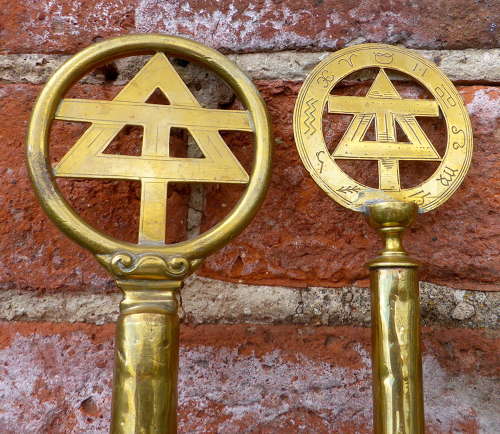 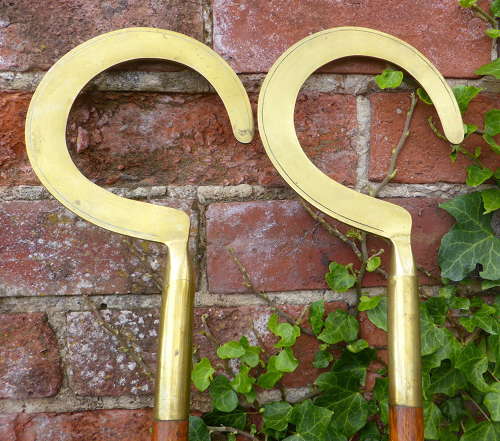