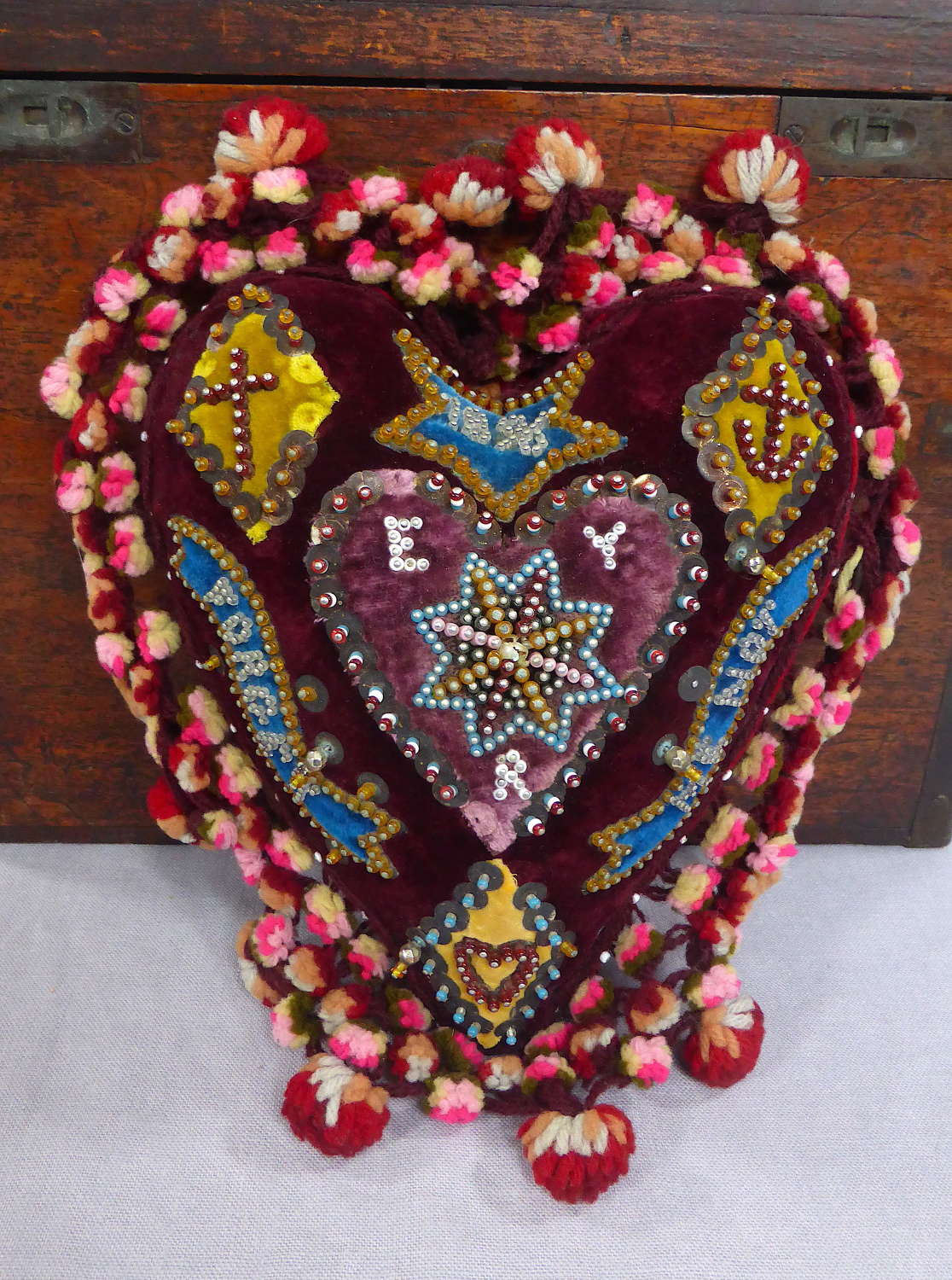 A beautiful Victorian sweetheart pin cushion bearing the year 1896. It is heart shaped and made of maroon velvet with black wool back, and is firmly stuffed with sawdust. It is skilfully decorated with small glass beads and sequins attached with pins, and scraps of more velvet. The design incorporates a cross, an anchor and a heart representing faith, hope and charity, the words "Forget Me Not", the year, and a heart with a raised star in the middle surrounded by the letters EVR, presumably the initials of the recipient of this cushion. Round the edge of the heart is a woollen tassel fringe. The pin cushion is in generally good condition - a few of the pins and beads are missing but this is to be expected bearing in mind its age.

Sweetheart pin cushions were usually made by convalescing soldiers as presents for sweethearts at home and are delightfully romantic souvenirs of a bygone age. They were popular from the period of the Crimean War until World War 1. Kits were sent to soldiers to make up so common motifs and materials are often seen. The resulting pin cushions are fine examples of folk art. 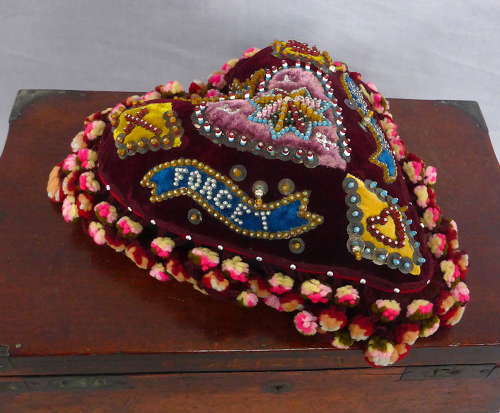 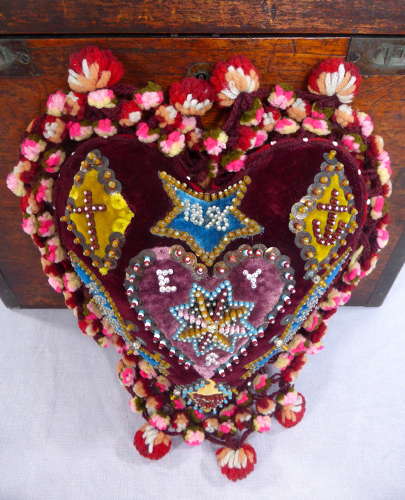 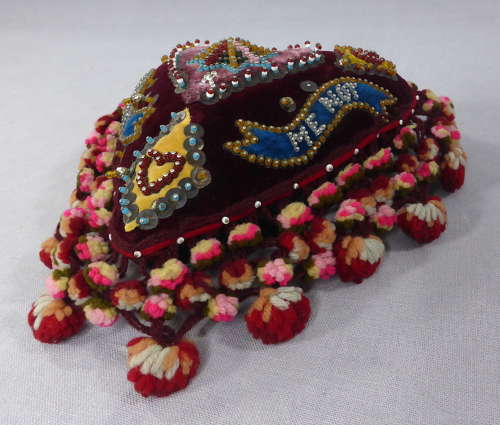 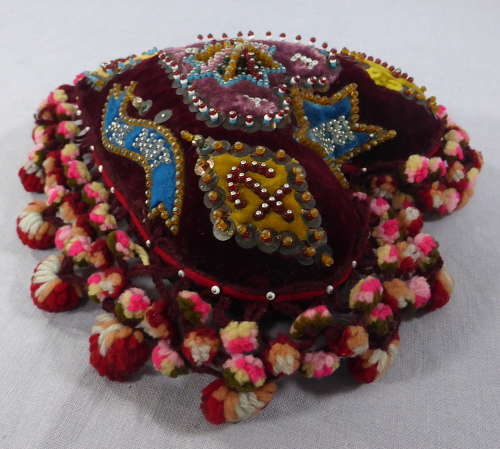 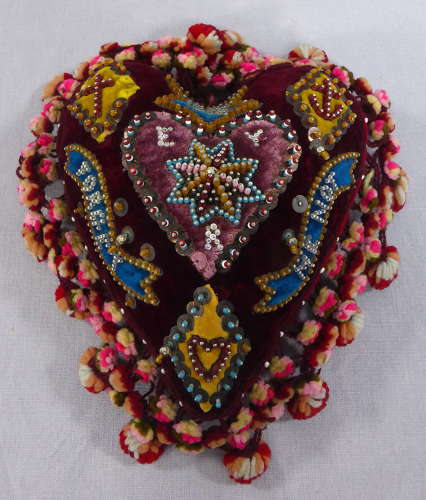 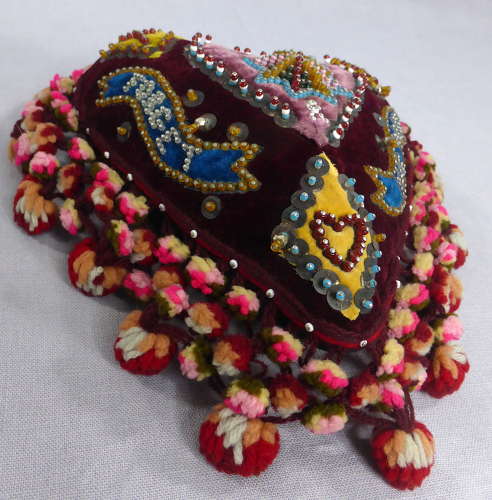 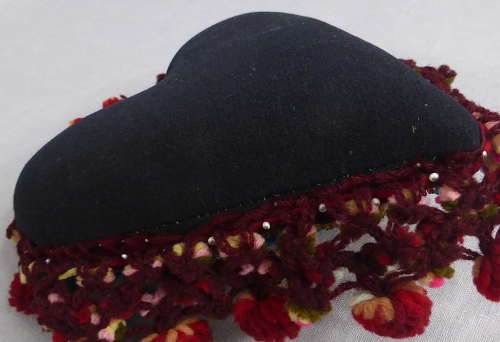