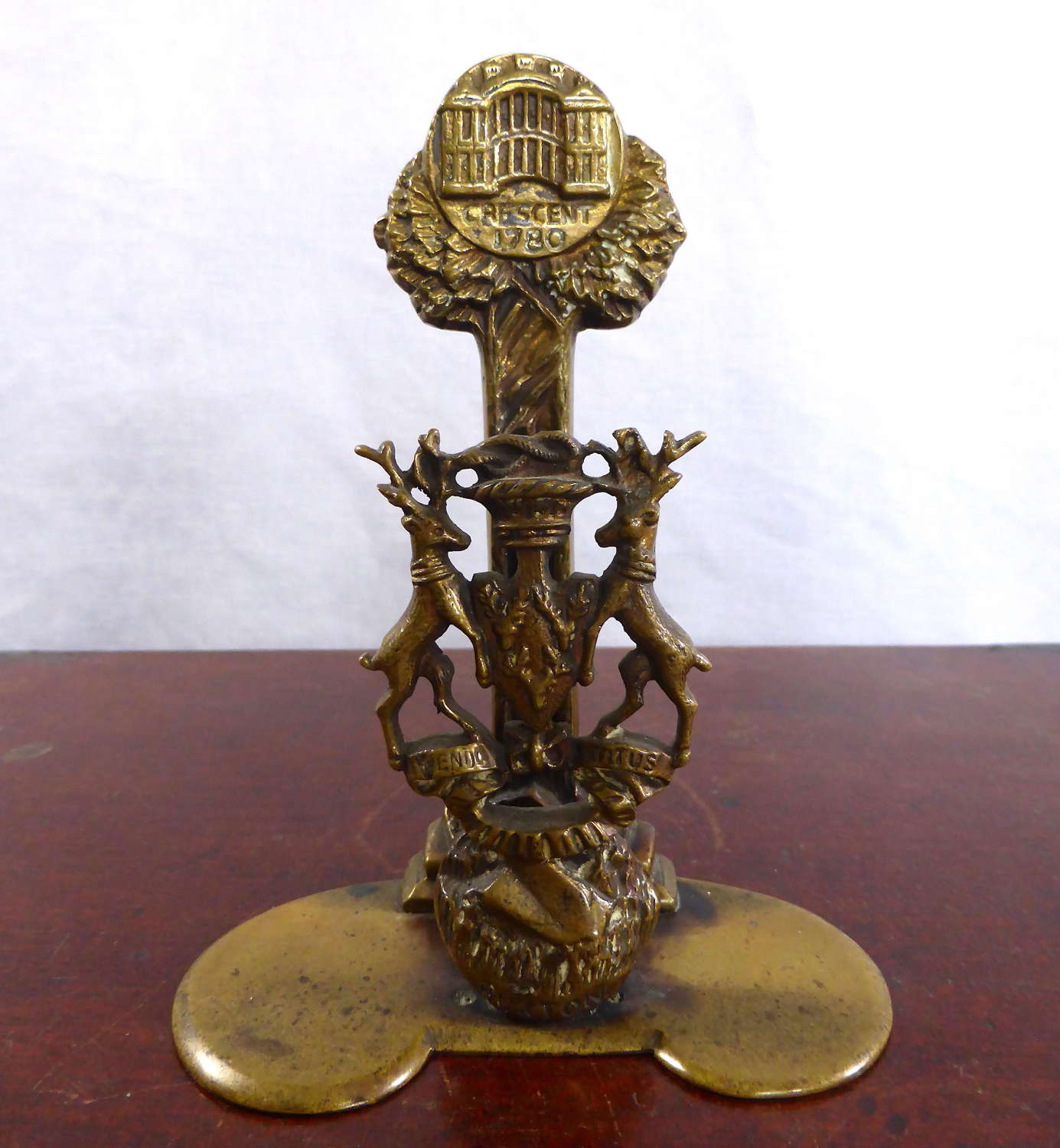 An unusual bronze letter rack made in 1880 to celebrate the centenary of the beginning of construction of the famous Crescent in Buxton, Derbyshire. The Crescent was commissioned by the 5th Duke of Devonshire as part of a scheme to establish Buxton as a fashionable spa town. It was designed by John Carr of York and built between 1720 and 1789. It borrows much of its style from the Royal Crescent in Bath which was completed a few years earlier, although it is considered by many to be a finer example.

The front of the rack features the crest of the Duke of Devonshire with the motto "Cavendo Tutus", which translates as "Safe Through Caution". The crest appears in the middle of the Crescent building itself. The back of the rack is in the form of a tree with a medallion featuring an embossed image of the Crescent with "1780" below.

This is a very unusual souvenir piece that would look very fine on any desk. 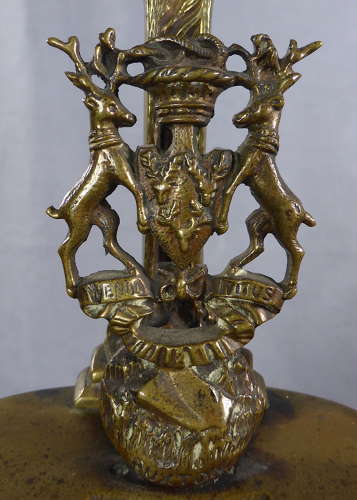 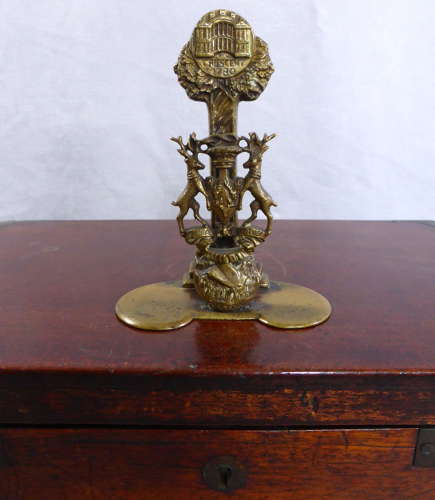 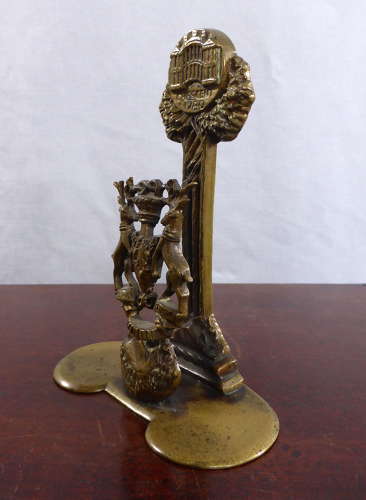 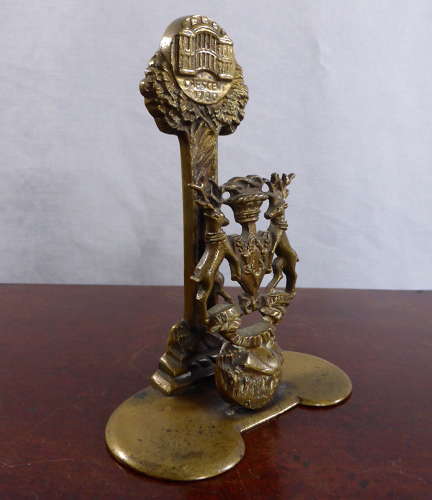 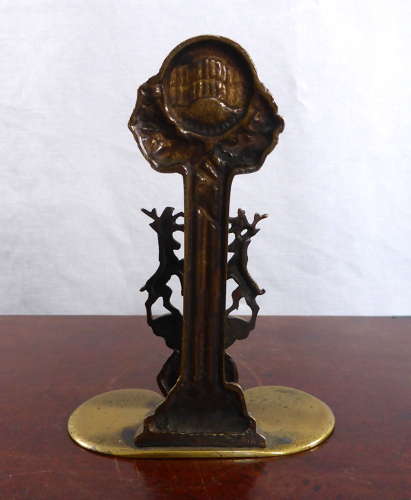 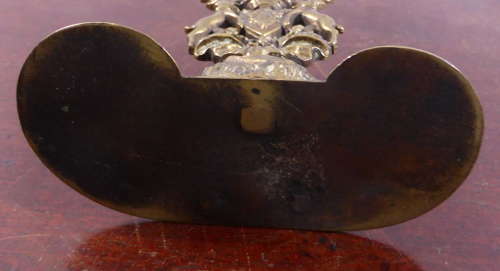