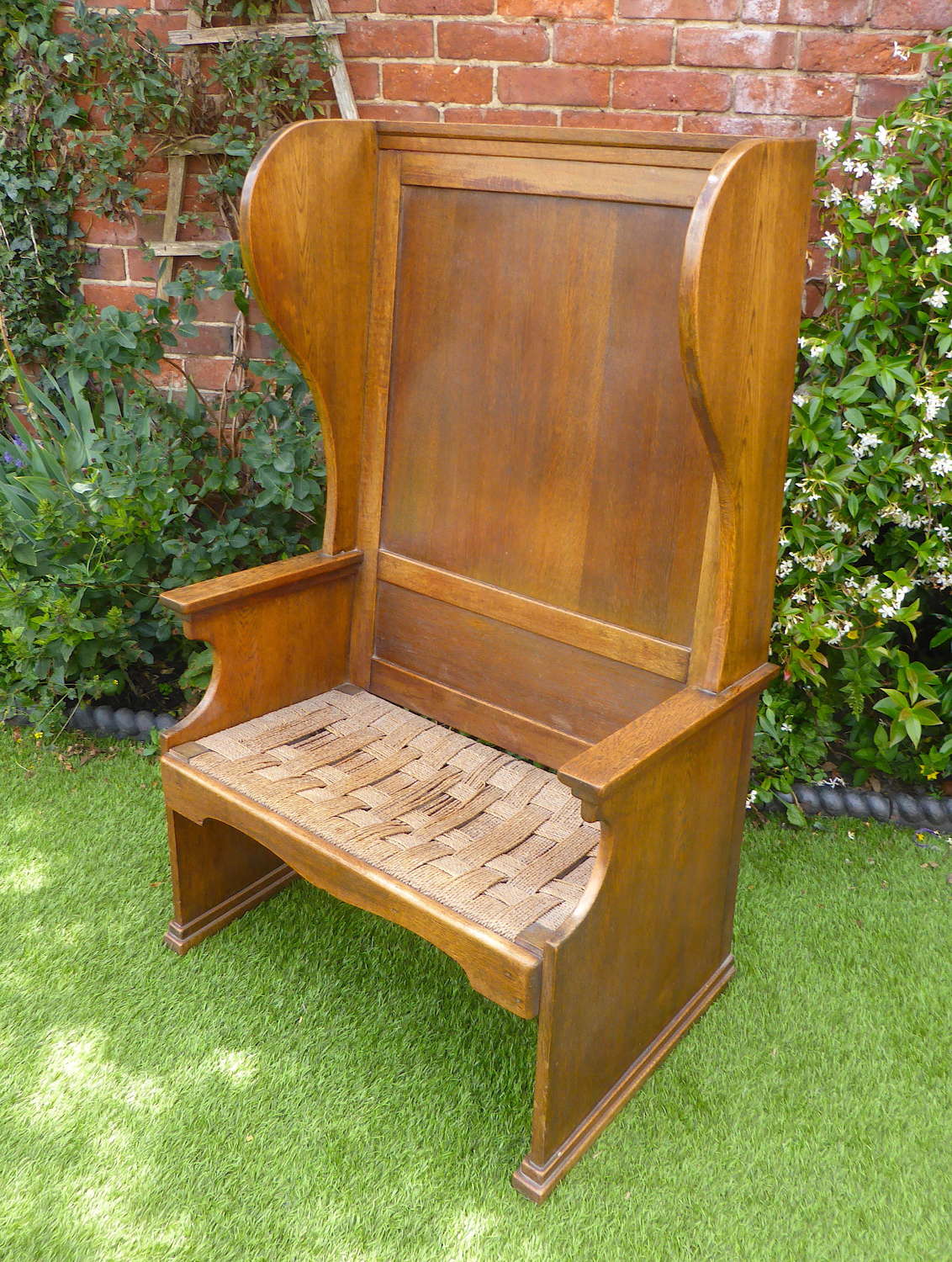 A very handsome blonde oak lambing chair, dating to the late 19th century. These vernacular chairs were prevelant in Lancashire & Yorkshire from the mid 18th century to the late 19th century, although examples were made in other rural areas. Traditionally they were said to have been of particular use at lambing time, when the farmer would often stay up all night to tend to his ewes as they gave birth. The chairs would have been positioned next to the fireplace, with the wing back providing protection from draughts during the long night. This lovely example has an Arts & Crafts look. It has a very wide rush seat and is very comfortable. The wood has a beautiful aged patina. The rush on the seat is slightly stretched in places but it is still very sound.

Dogs included in photos for scale. 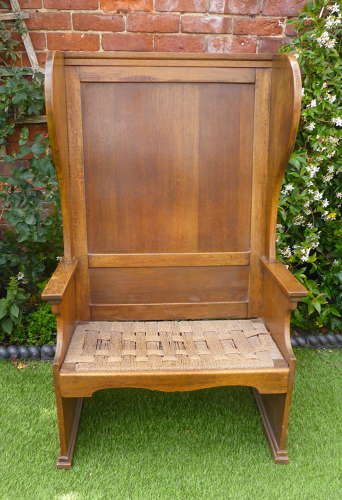 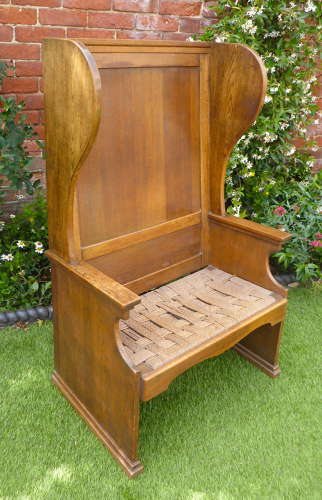 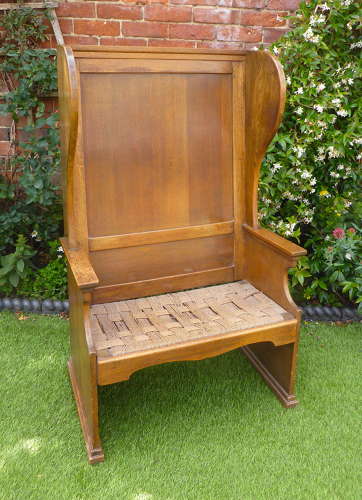 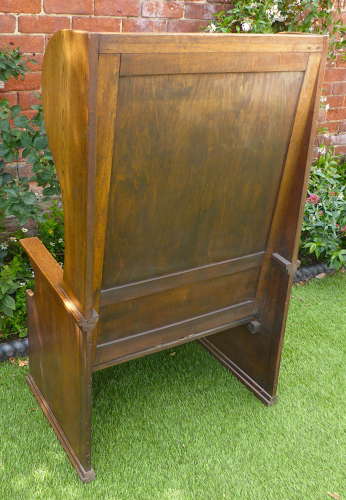 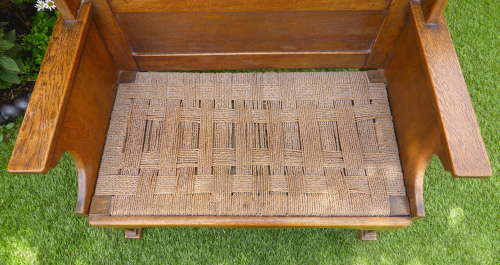 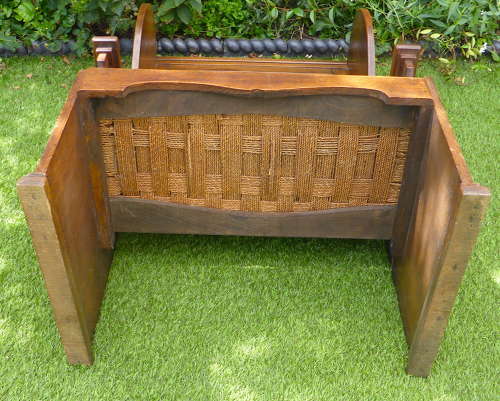 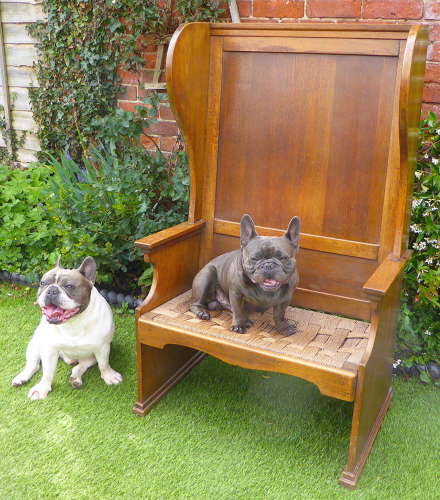