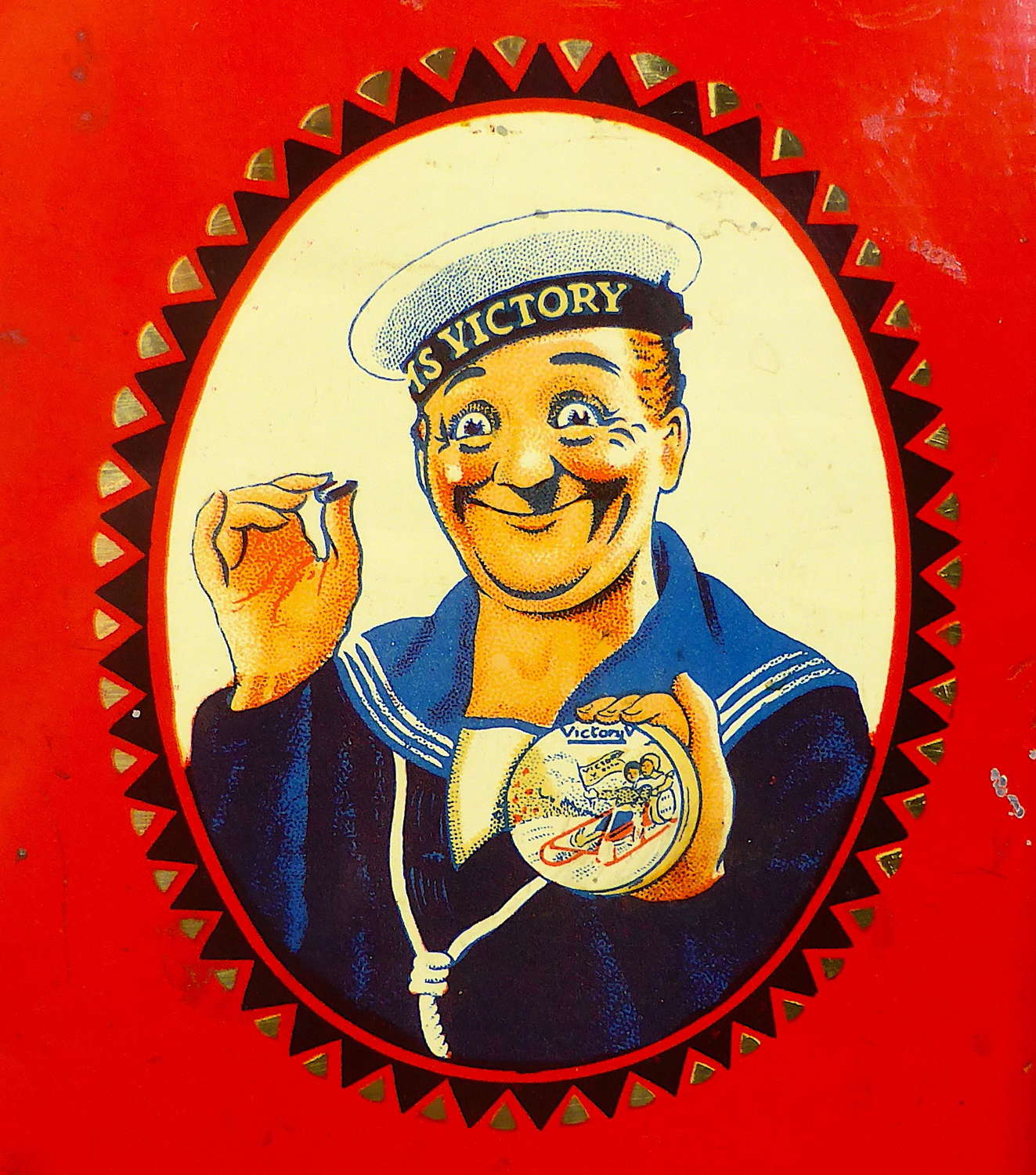 A very fine shop counter tin made to hold Victory-V Lozenges. It has a glass panel in the front, allowing the contents to be seen, and a screw lid. It is decorated with attractive lithographs against a red ground. To one side is the Victory-V trademark mascot, a friendly sailor called Jolly Jack, and to the other an image of Nelson's flagship, HMS Victory. To the back is the trademark of Thomas Fryer & Co, manufacturers of the famous lozenges and gums at their factories in Nelson, Lancashire. The base bears an impressed patent number 297191/27 - the last two digits refer to the year 1927. This is a particularly fine example of this tin with minor wear commensurate with its age.

Victory-V lozenges were devised in 1864 by Thomas Fryer and Edward Smith MD. They originally contained a heady mixture of liquorice, ether & chloroform. They are still in production today but with a revised list of ingredients. 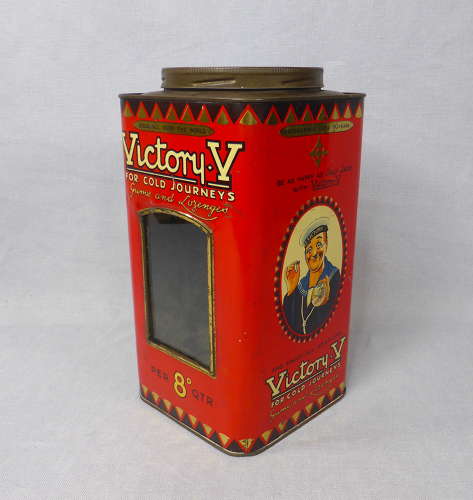 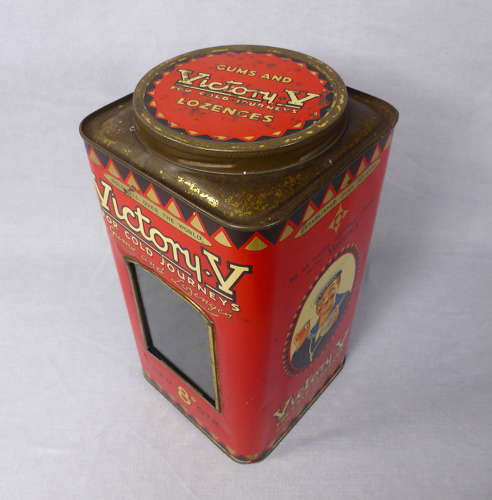 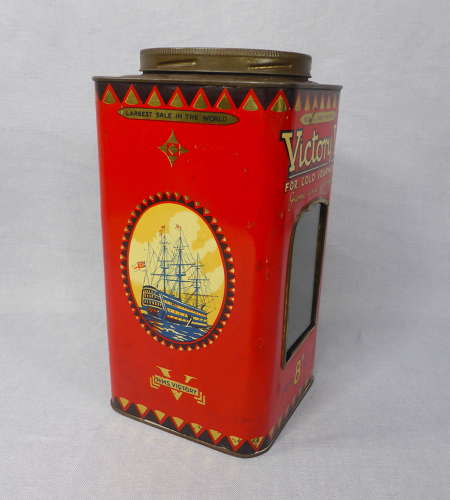 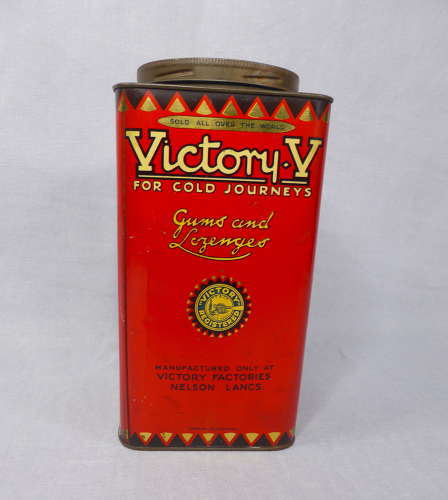 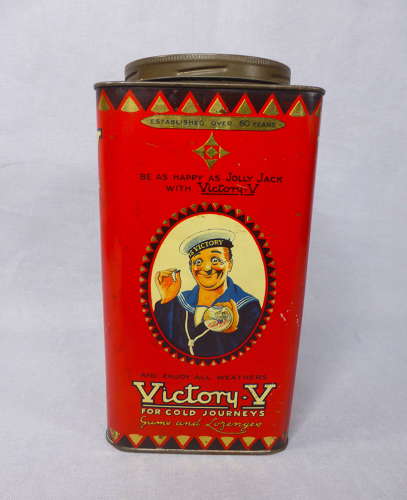 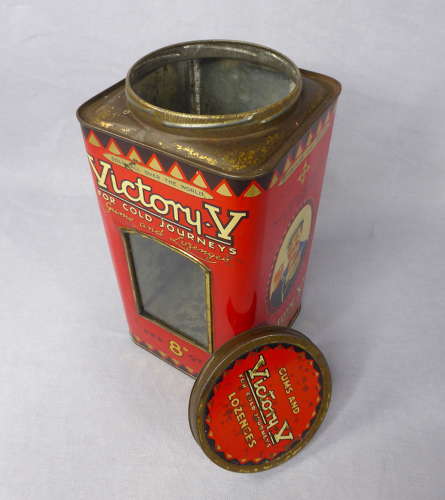 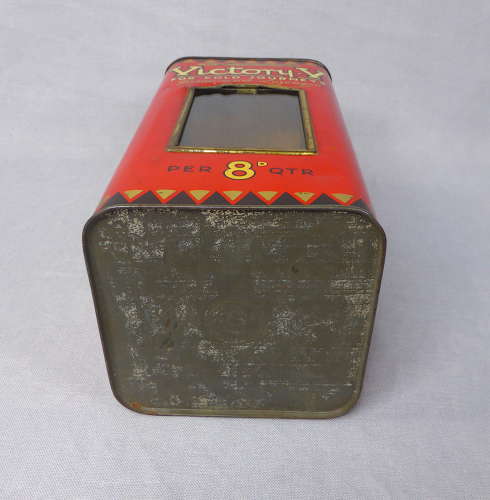