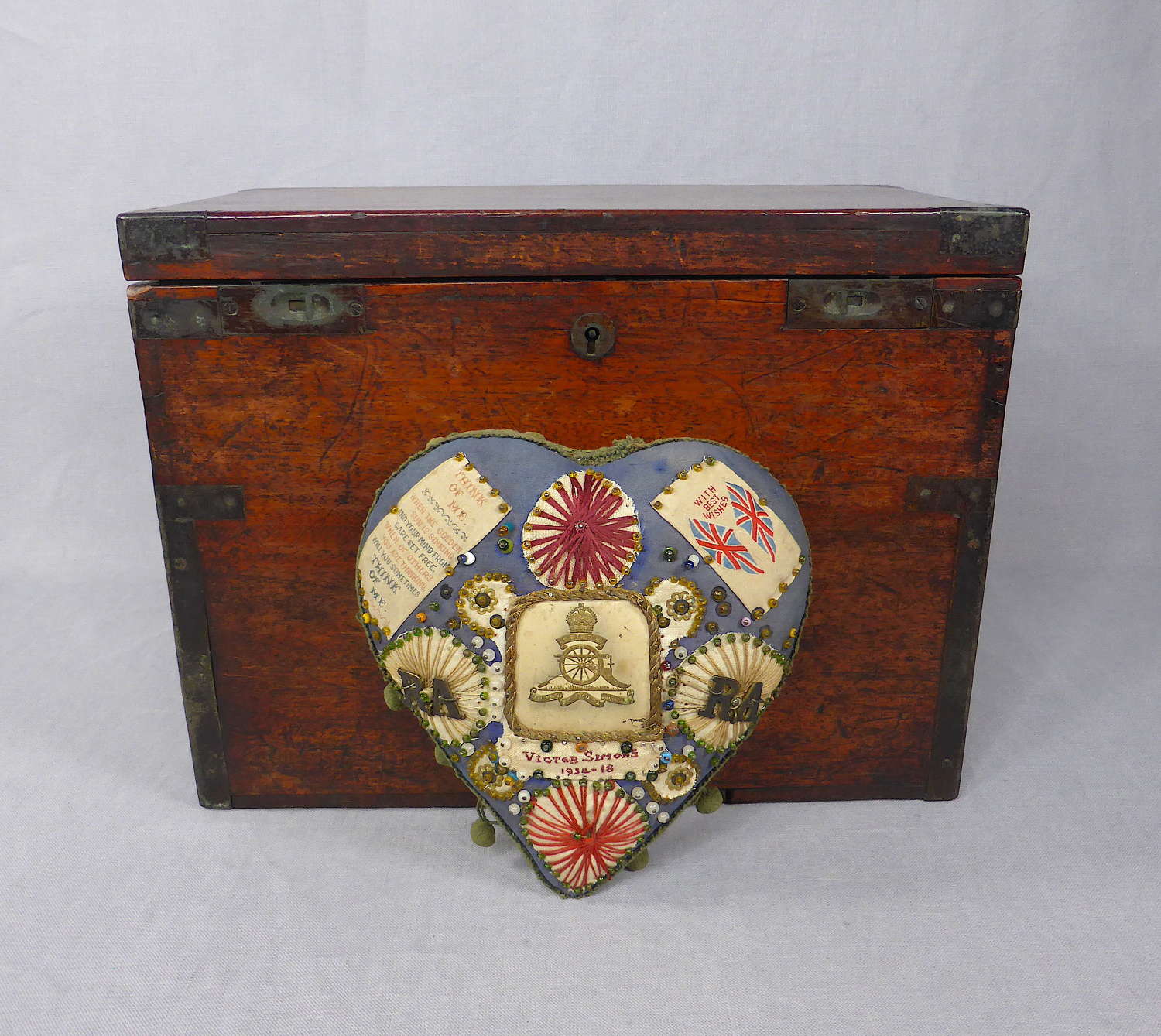 A beautiful and detailed sweetheart pin cushion dating to the First World War. It is heart shaped and made of blue and white cotton, and is firmly stuffed with sawdust. It is skilfully decorated with small glass beads and sequins attached with pins, thread-work, gold braid and fabric scraps. It was made by Victor Simons, and his embroidered name is incorporated into the design. Also included are two metal military shoulder tabs for the Royal Artillary Regiment, Simons' regiment, along with an embossed card image of the regiment's badge, below which is Simon's name and the years '1914-18'. Also included are two machine embroidered silks featuring Union Jack flags and a sentimental verse. Round the edge of the heart is a tassel fringe. The pin cushion is in generally good condition with a few minor faults, slight fading and minor soiling - this is to be expected bearing in mind its age.

Sweetheart pin cushions were usually made by convalescing soldiers as presents for sweethearts at home and are delightfully romantic souvenirs of a bygone age. They were popular from the period of the Crimean War until World War 1. Kits were sent to soldiers to make up so common motifs and materials are often seen. The resulting pin cushions are fine and poignant examples of folk art. 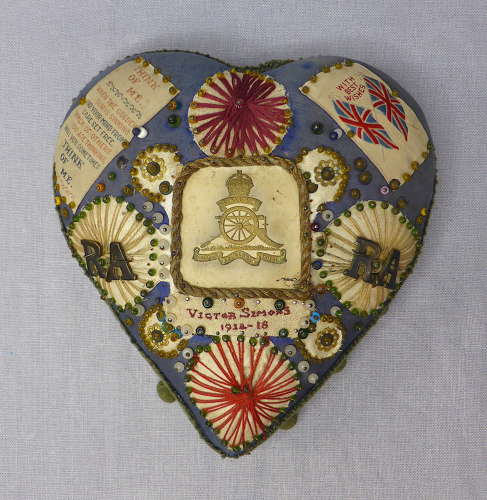 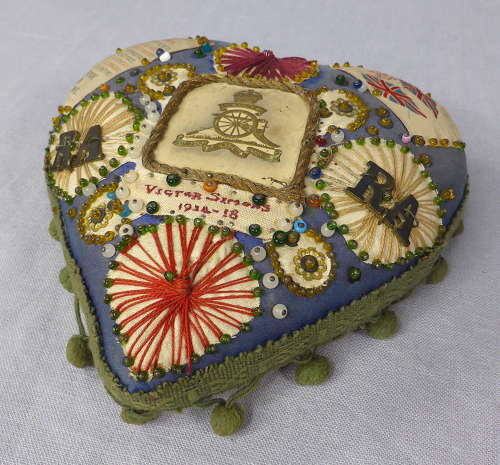 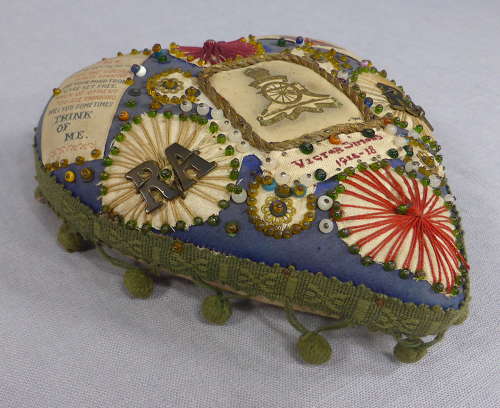 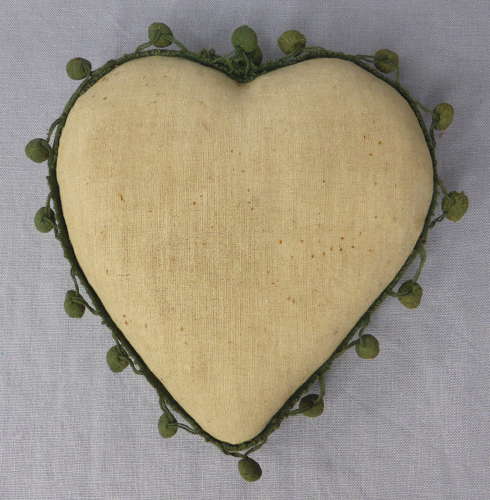 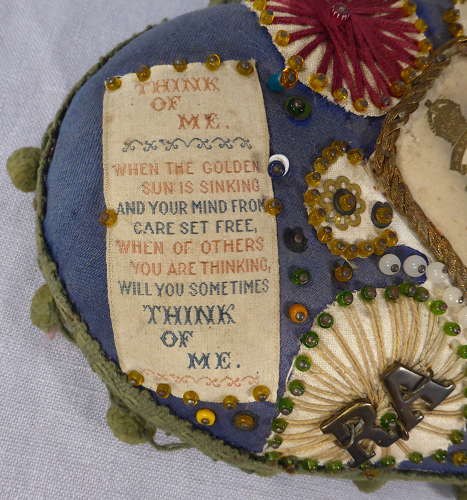 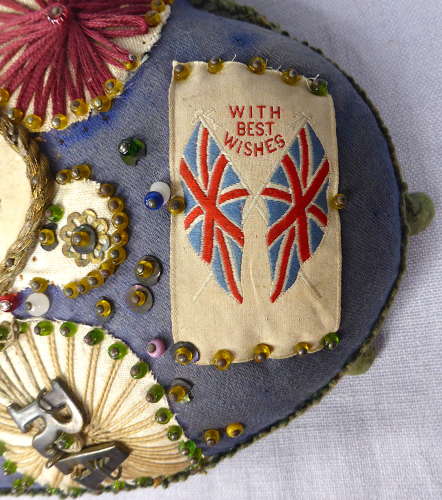 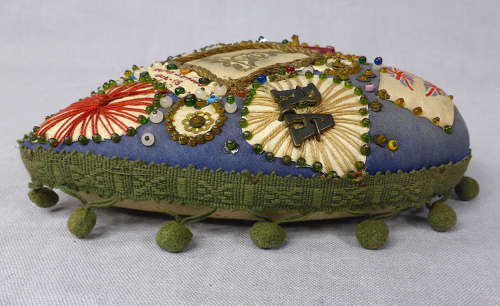