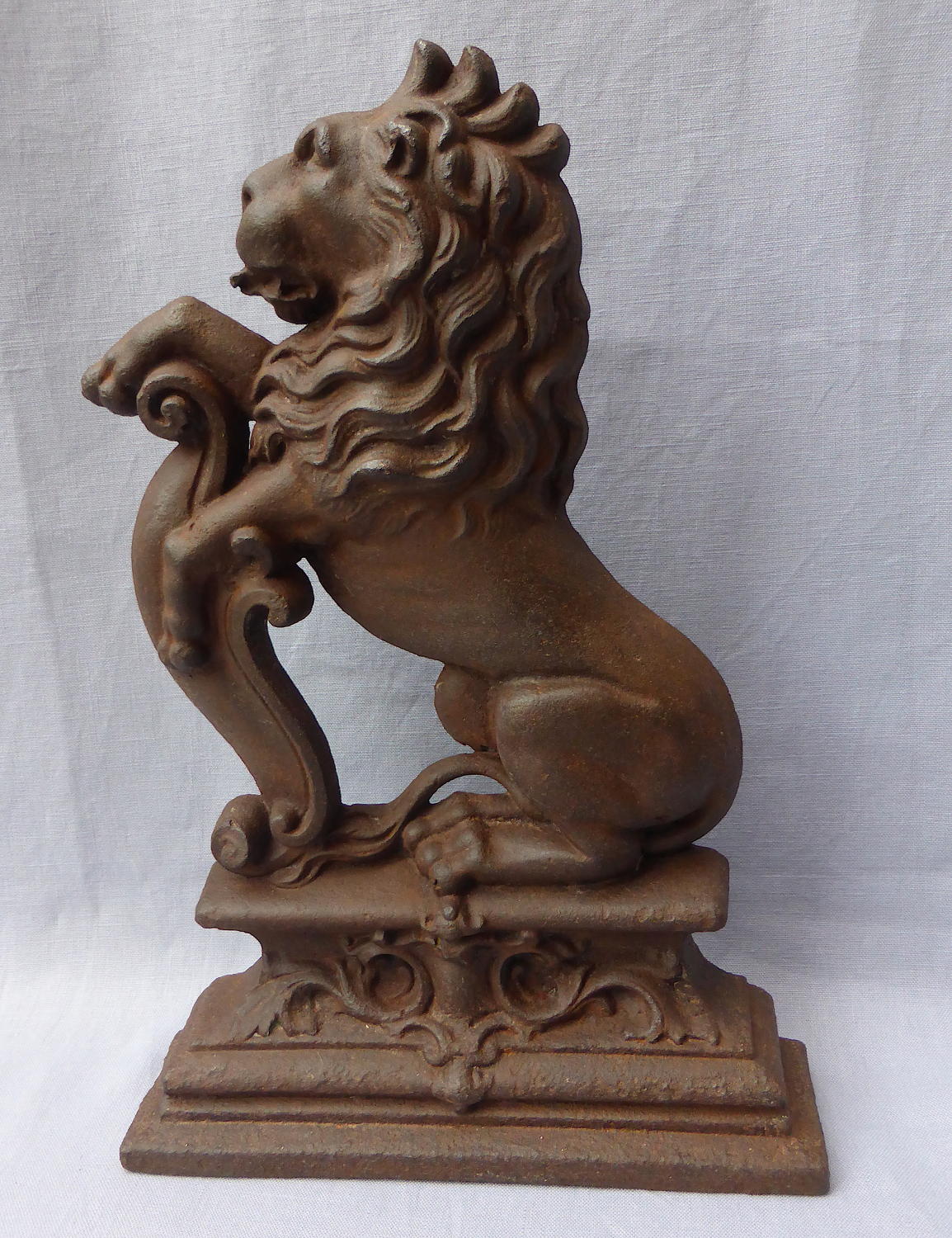 A handsome armorial cast iron doorstop or door porter, dating to approximately the late 19th to early 20th century. It is in the form of a lion rampant on a plinth base decorated with relief moulded foliate scrolls. The lion is resting his front paws on a shield. It bears no maker's marks. The surface of the iron has an aged slightly oxidised patina. 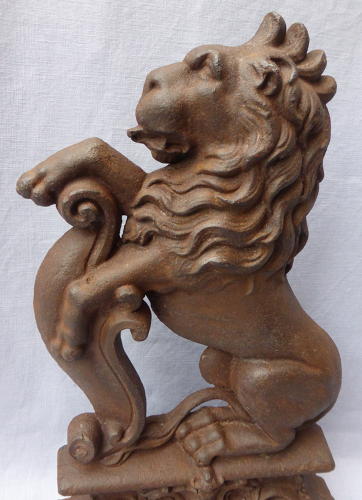 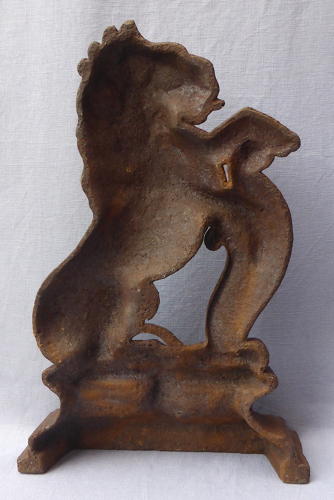 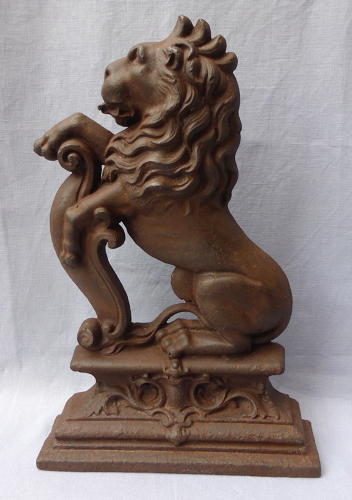