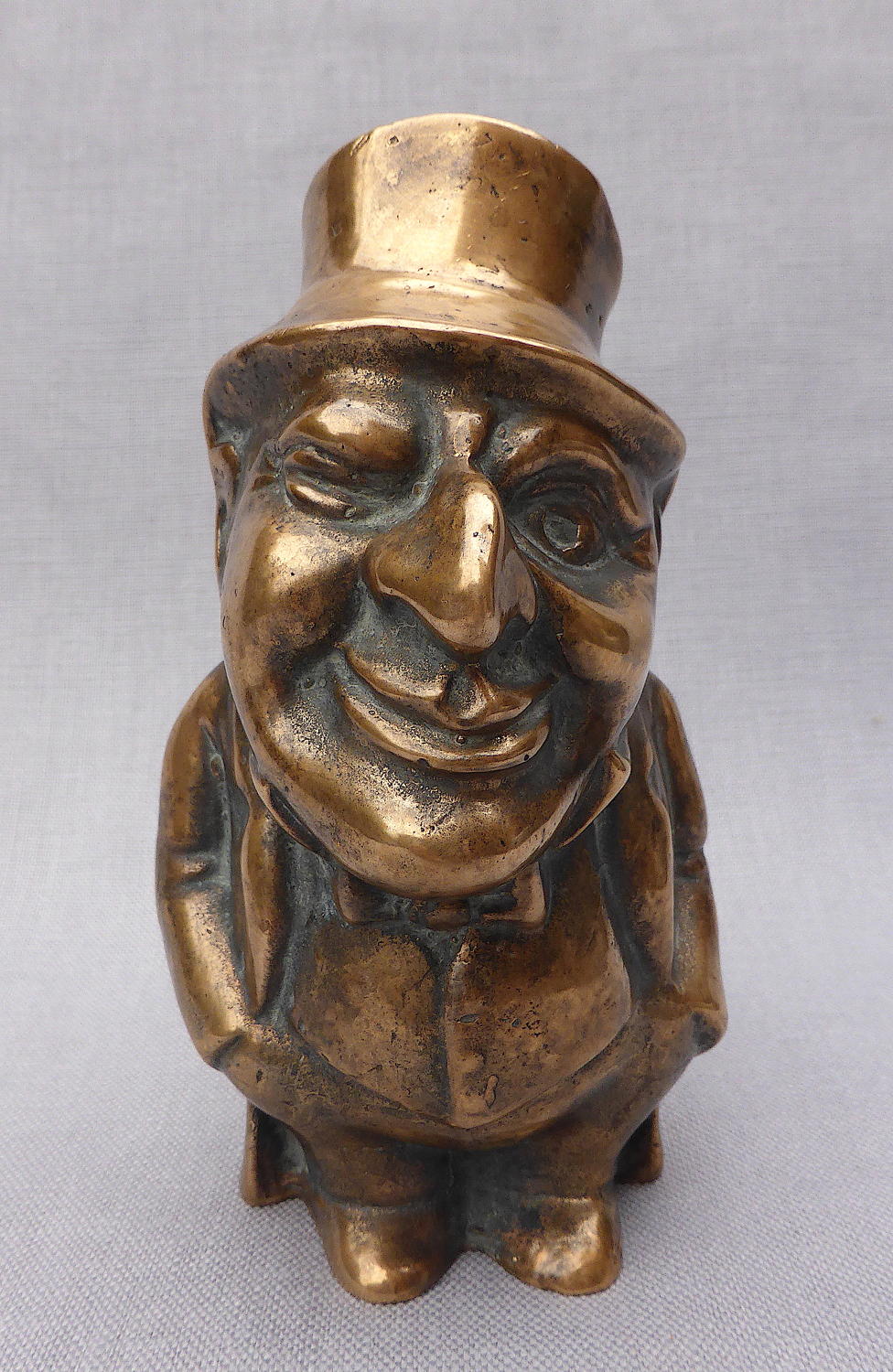 An unusual cast bronze figure of a wealthy Jewish banker or industrialist, dating to the mid to late 19th century, and probably intended as a paper weight. With its exaggerated features and slightly comical air, it has the feel of an Anti-Semitic caricature. Such pieces were common during the 19th and early 20th centuries. It probably originated in Germany or France but bears no maker's marks. It is well cast and has a well aged patina.

This piece is very similar in form to an item held by the US Holocaust Memorial Museum: 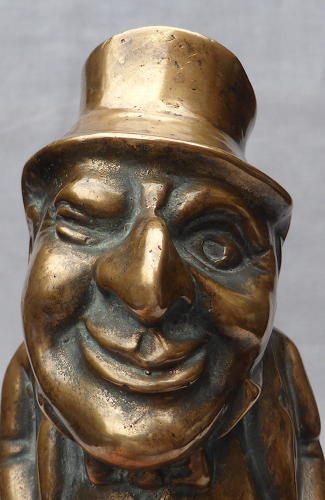 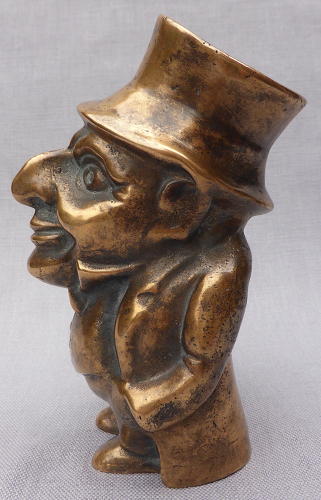 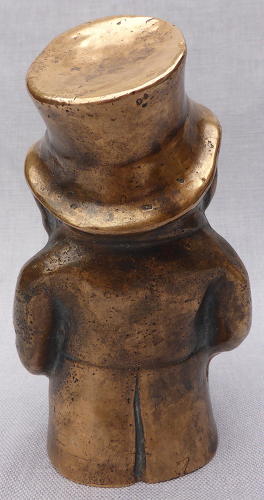 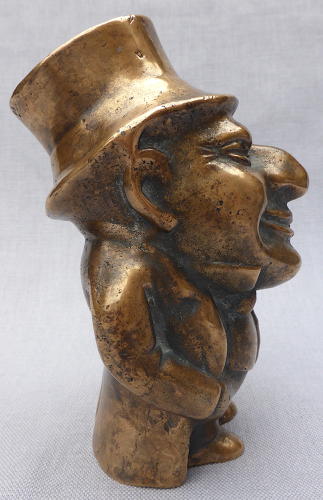 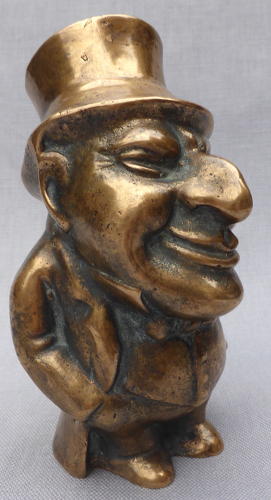 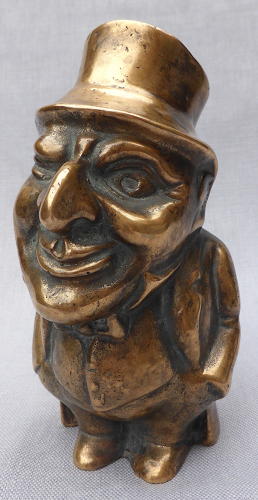 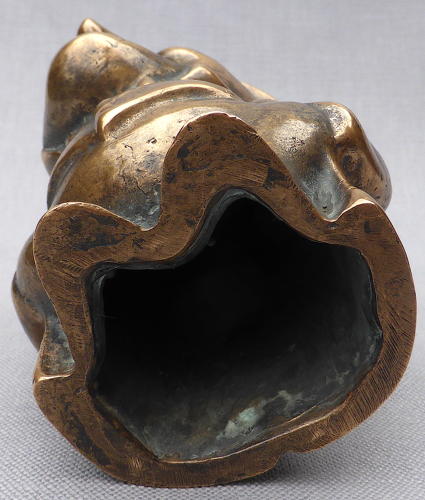