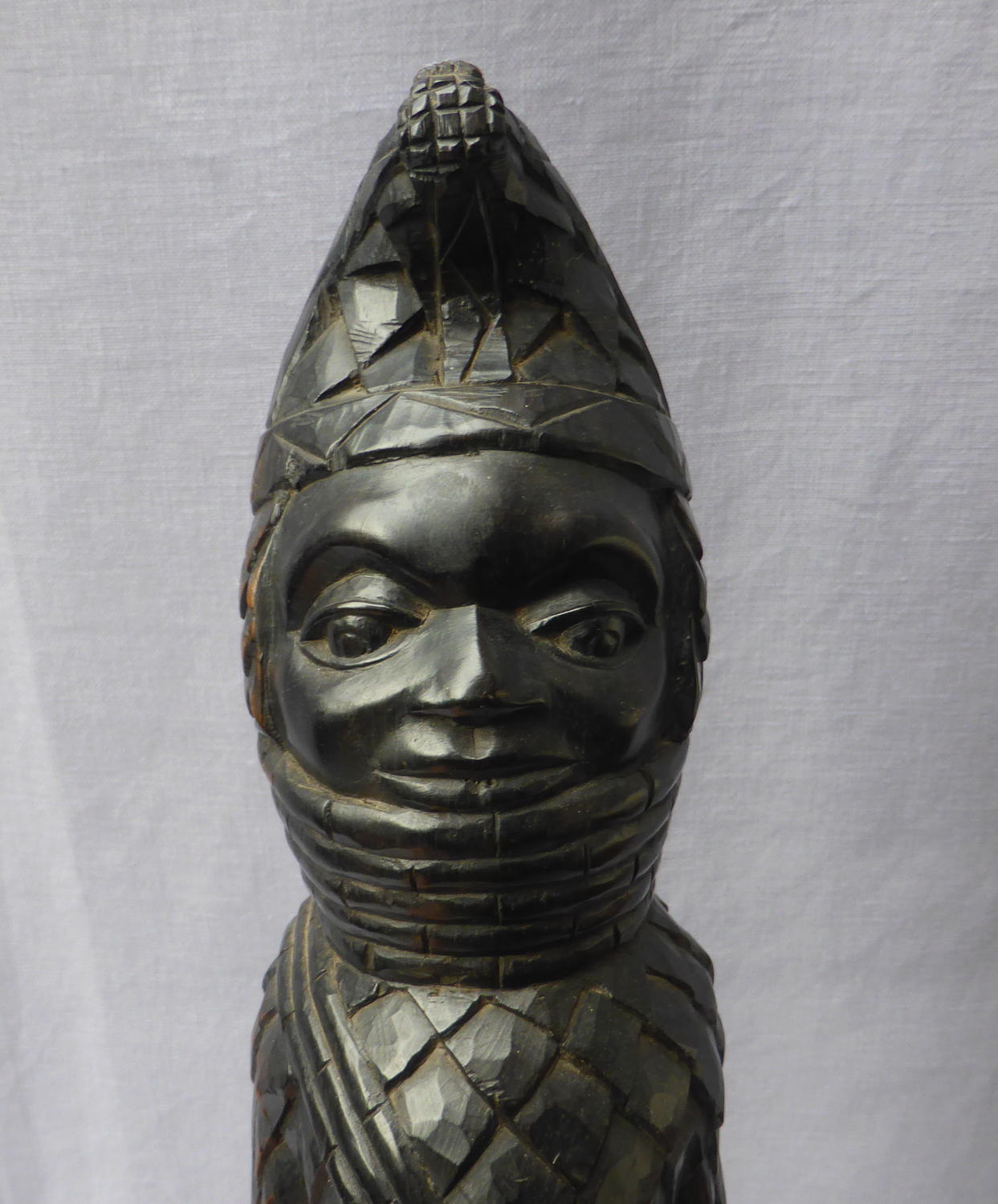 Carved ebony tribal figure of the Benin Oba of Nigeria

An ancestral figure of an Oba or king of the Edo people of the Benin Kingdom in Nigeria. He is finely carved out of ebony and dates to the early 20th century. He is wearing a traditional coral collar and holding a ceremonial sword known as an Eden sword. The wood has an attractively aged patina. This is a fine example of a rare Benin piece. 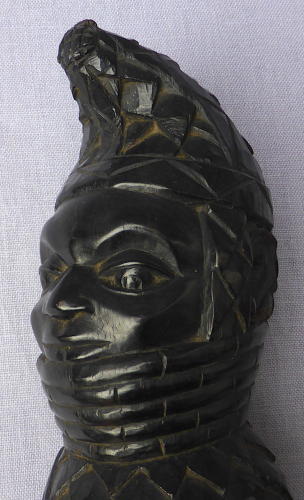 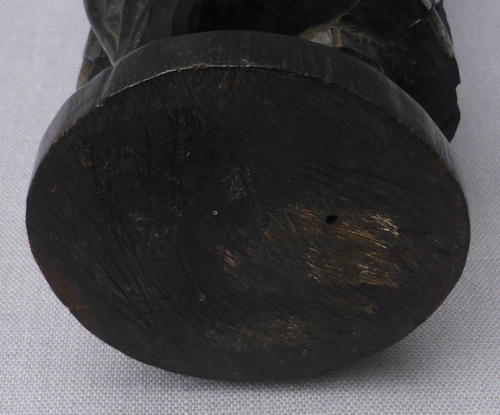