A rare figure of Neville Chamberlain, produced in 1939 following the break-down of the Munich Agreement and Anglo-German Declaration. It shows Chamberlain as he appeared in September 1938 following his return to England from Germany where he had attended a meeting with Hitler. On his return he famously made his "peace for our time" speech, anticipating that the Anglo-German Declaration would ensure continued peace between the two countries. However, less than a year later, Hitler broke the Munich Agreement and invaded Poland. The United Kingdom and France declared war on Germany as a result.

This figure shows Chamberlain holding the briefcase in which was held the peace declaration bearing his and Hitler's signatures. There is a plinth at the side impressed with the years 1918 and 1939, marking the period between the wars.

The figure is made out of ceramic covered with bronze coloured paint. The back is marked "England" with no maker's marks. 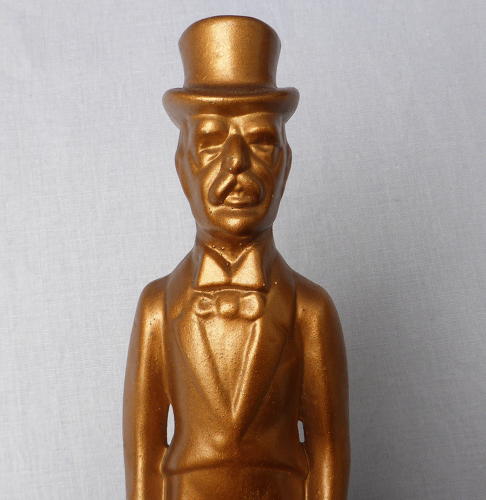 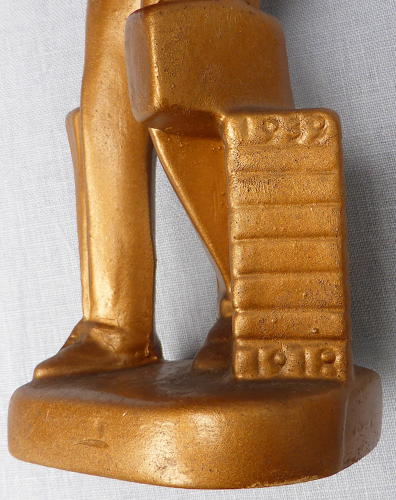 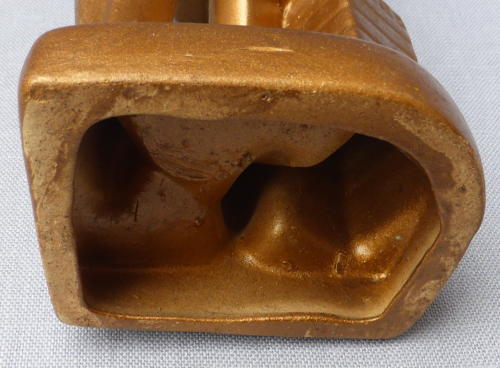