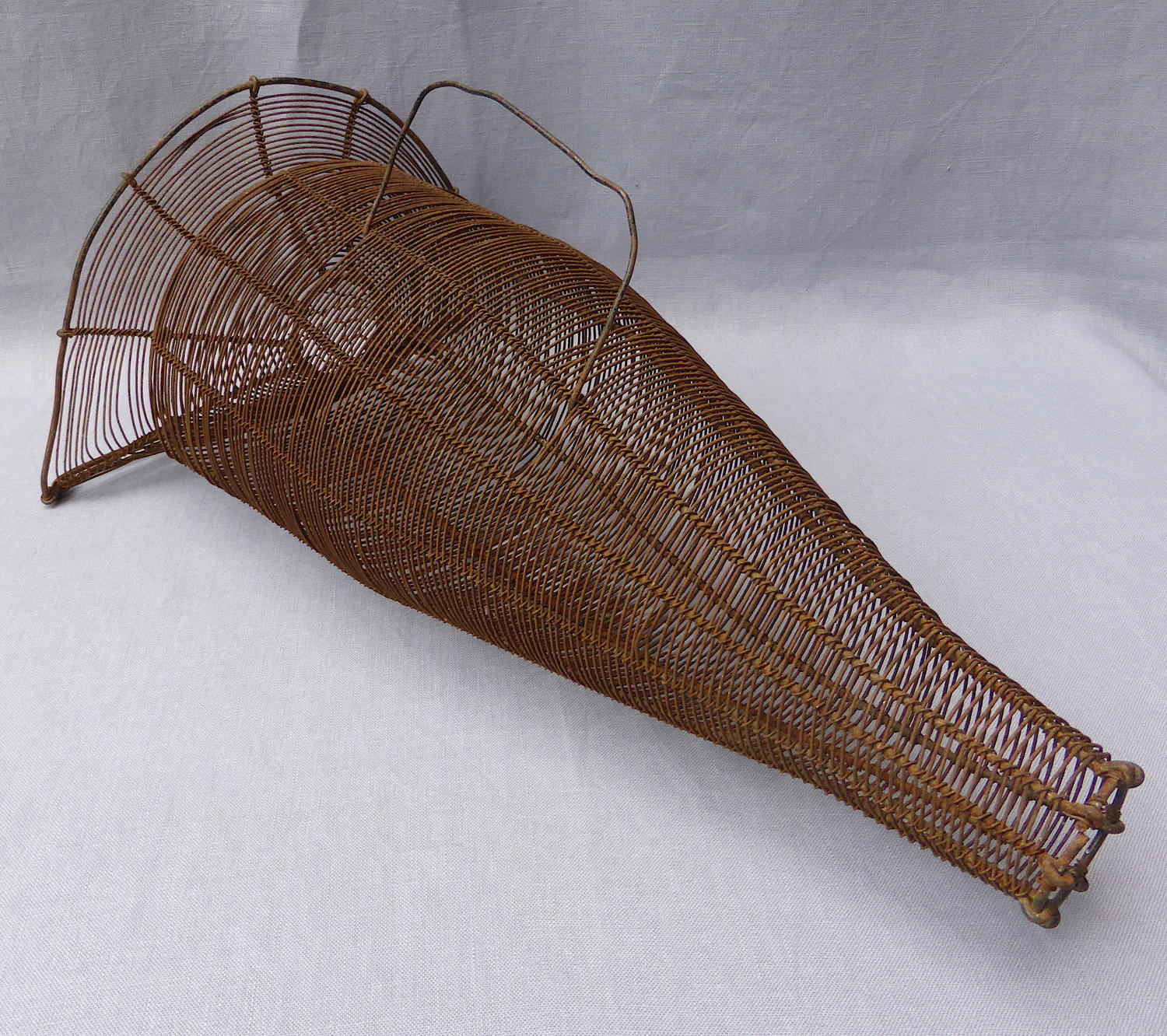 An interesting eel trap, dating to approximately the early 20th century and probably made in France. It is made out of woven wire with a hinged wire handle to the top. This would have been filled with bait and anchored to the river bed. Eels would have swum in through the wide end, but wouldn't have been able to escape through the same opening because of spikes on the inside. There would originally have been a bung in the narrow end to prevent escape through this opening. 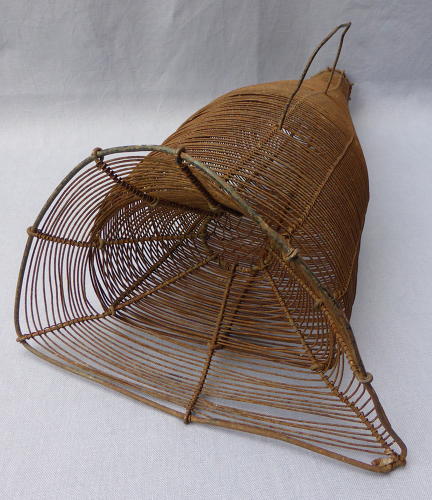 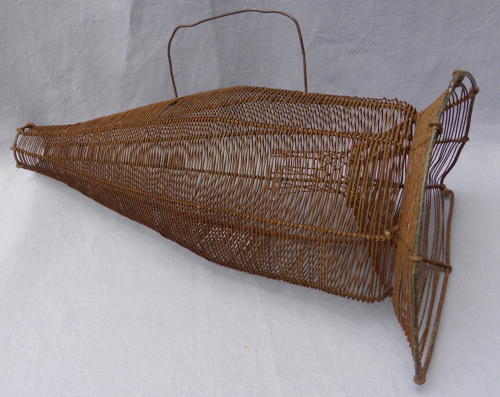 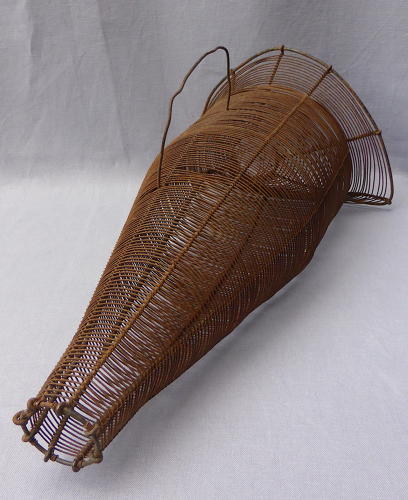 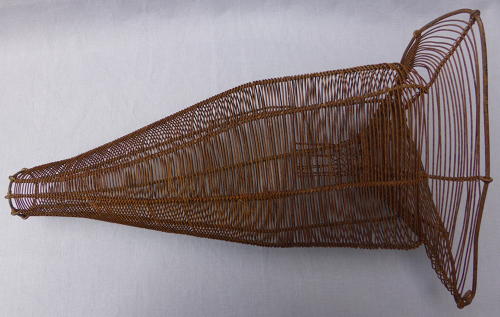 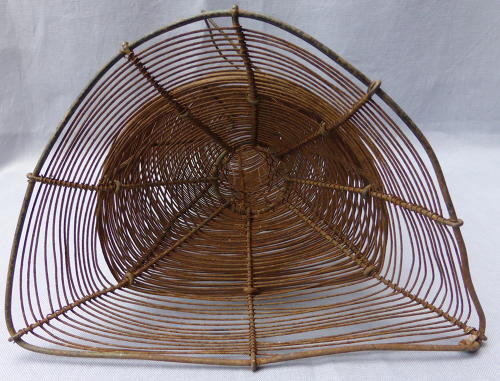