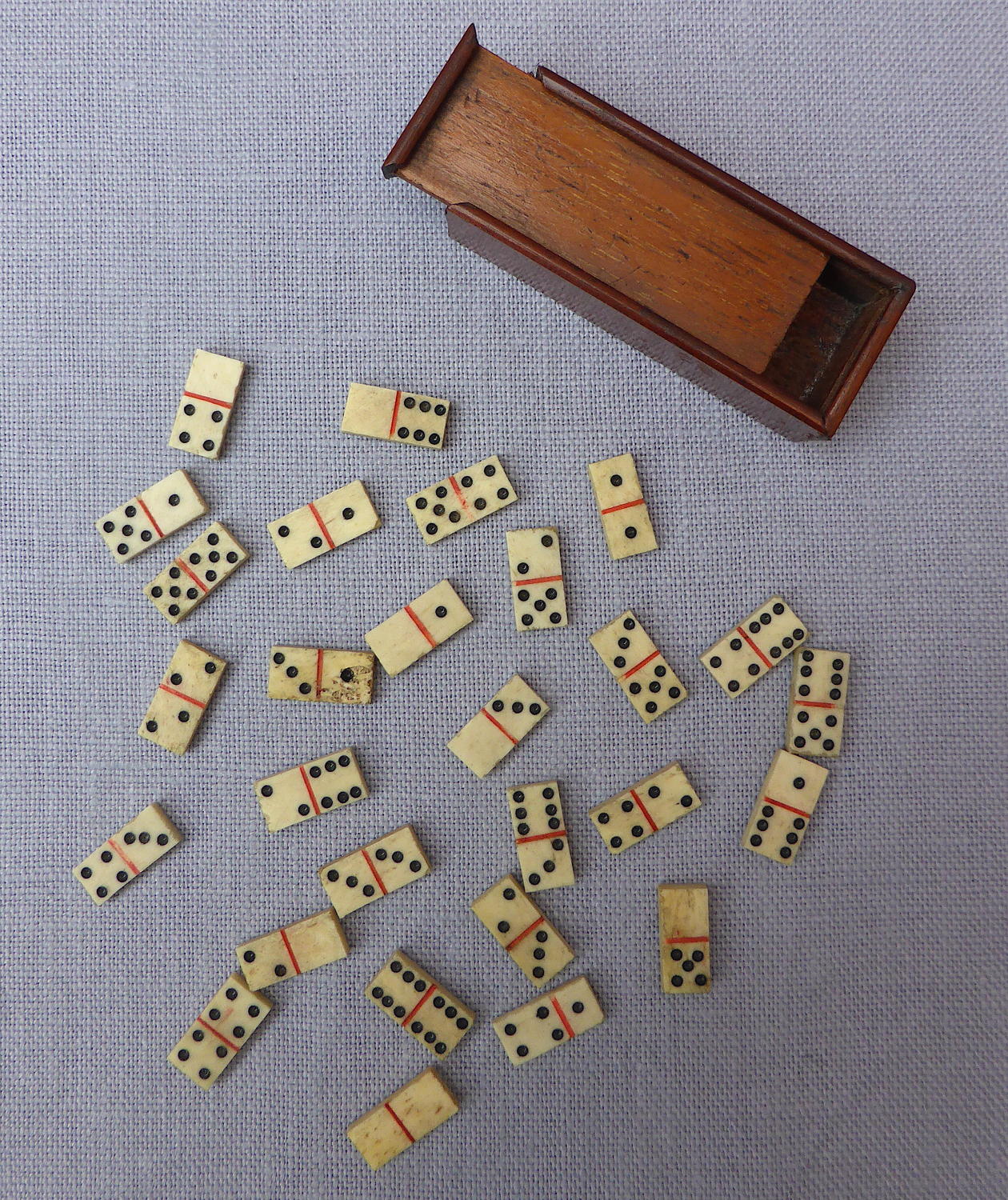 A complete set of 28 miniature domino tiles, made by a prisoner of war during the Napoleonic Wars (1803-1815). Prisoners made various trinkets and toys that they were then permitted to sell to local people in order to obtain funds to buy better provisions. They used any materials they could get hold of, including beef and mutton bones left over from meals. These tiny dominoes are probably made of bovine bone with black and red stain to the surfaces.

They come in a small wooden box with a slide lid. This is from a later date, probably late 19th to early 20th century. 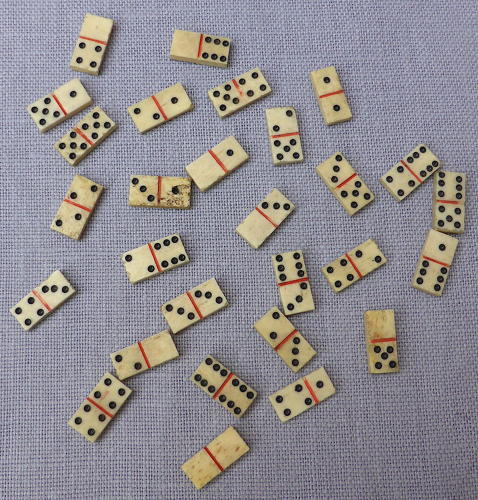 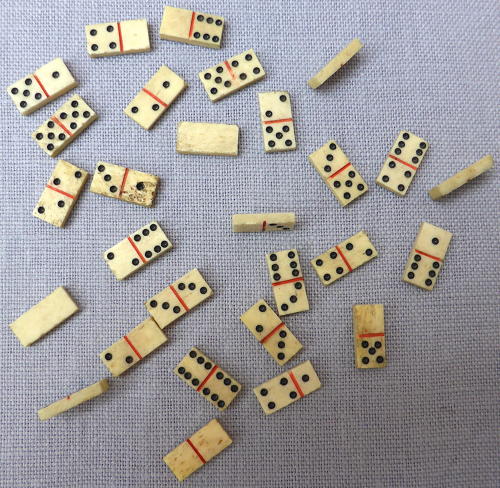 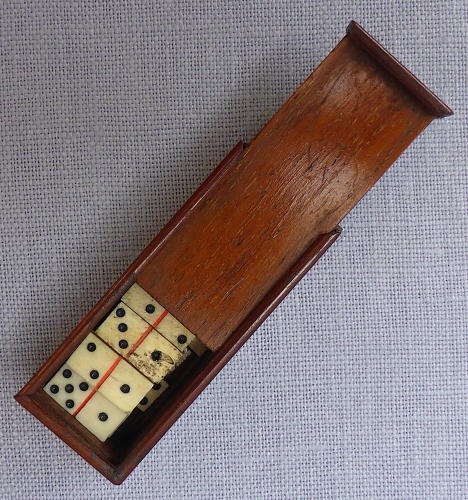 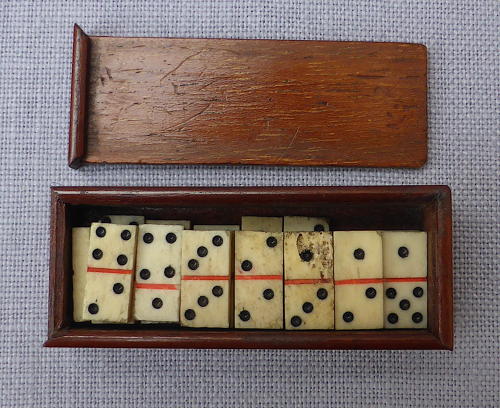 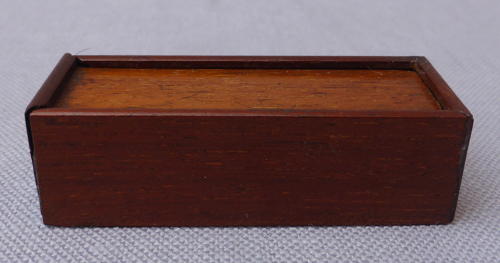