An unusual and very interesting pale blue milk glass trinket pot, sold as a souvenir of the 1853 Chicago Exposition, also known as the Chicago World's Fair or the Chicago Columbian Exposition. It was held to celebrate the 400th anniversary of Columbus' arrival in the New World in 1492. The lid of this pot bears an image of the Woman's Building where art by female artists was displayed alongside inventions by women, while music composed by women was played. The lid is hinged and has brass mounts. 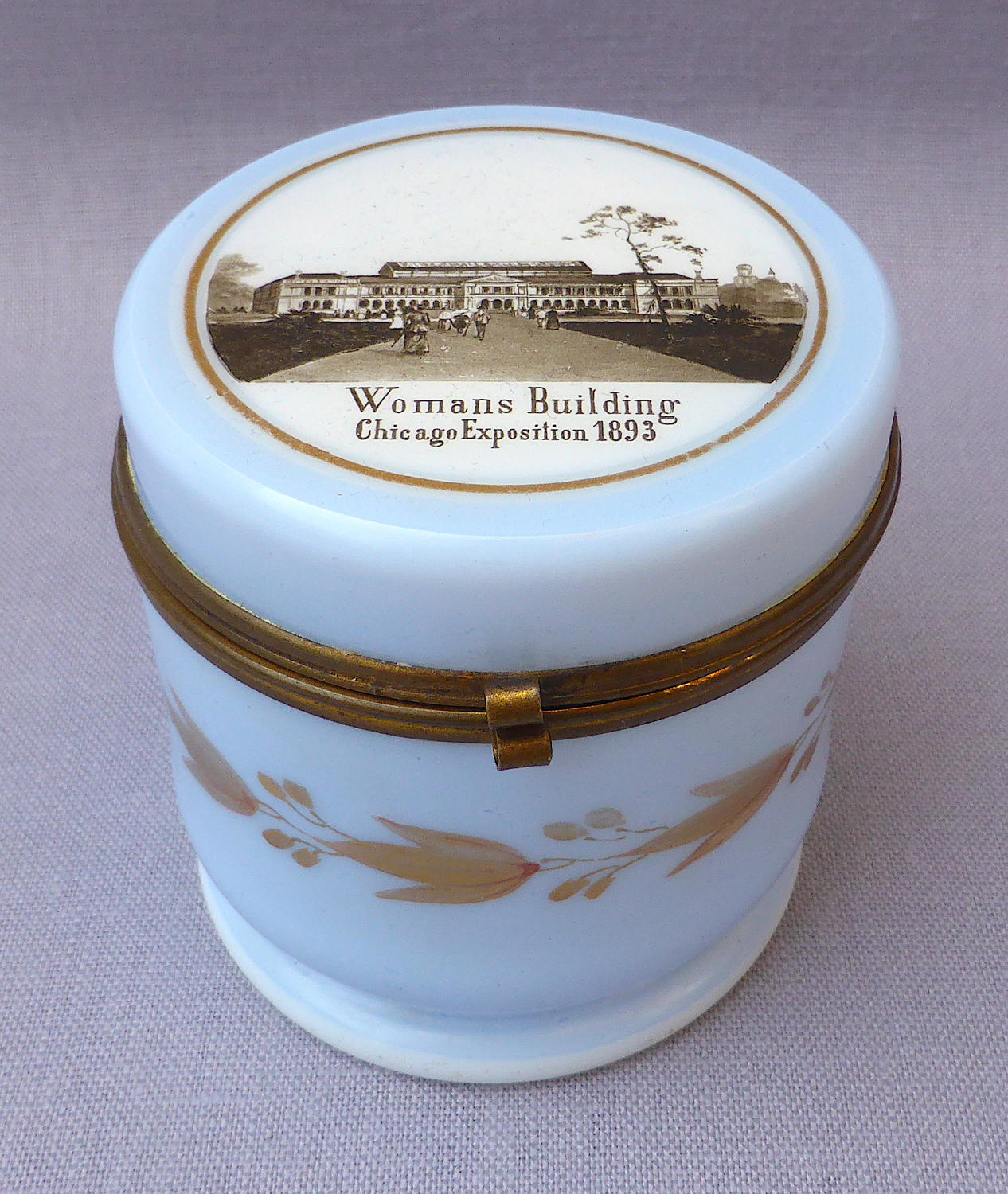 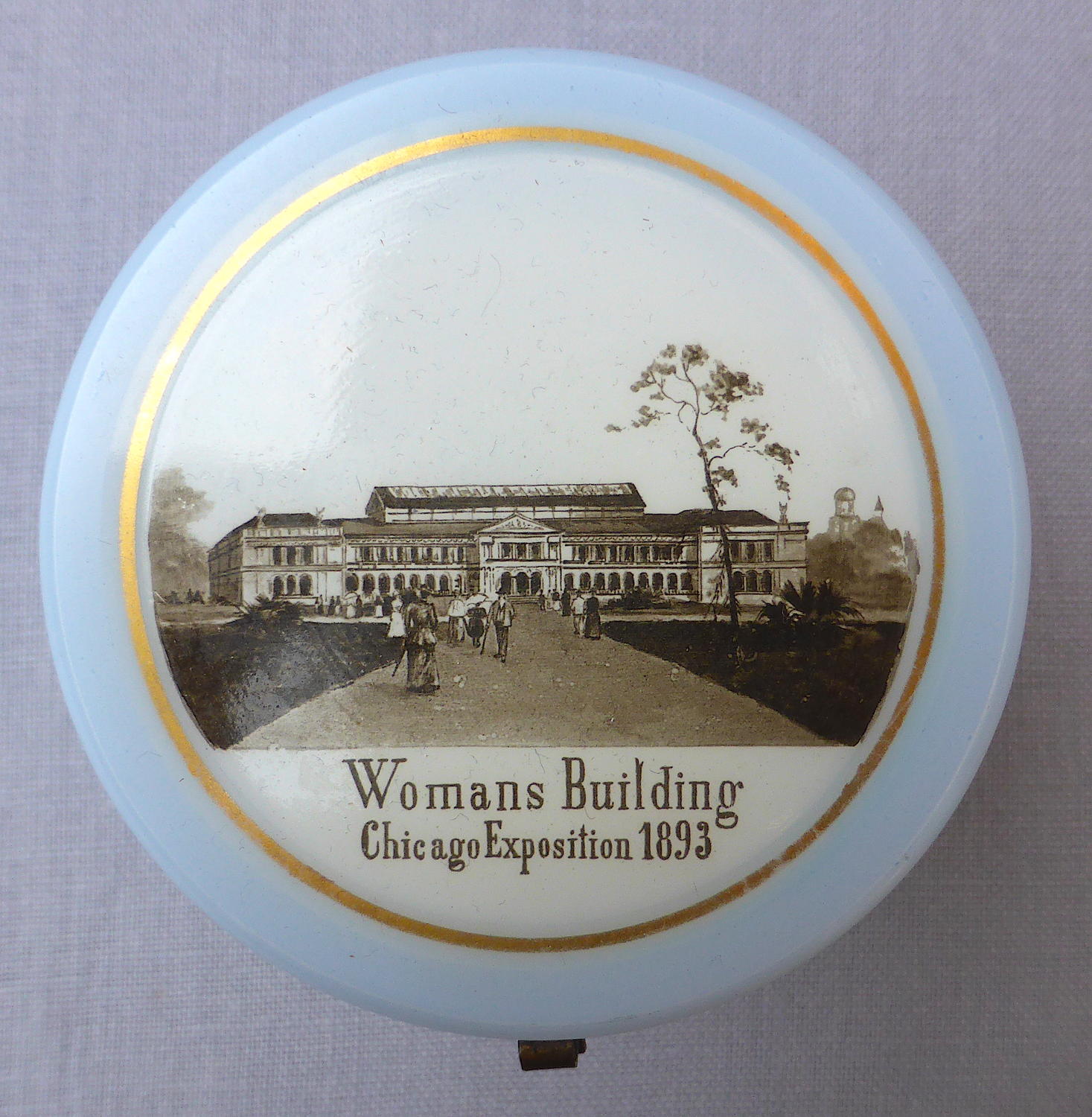 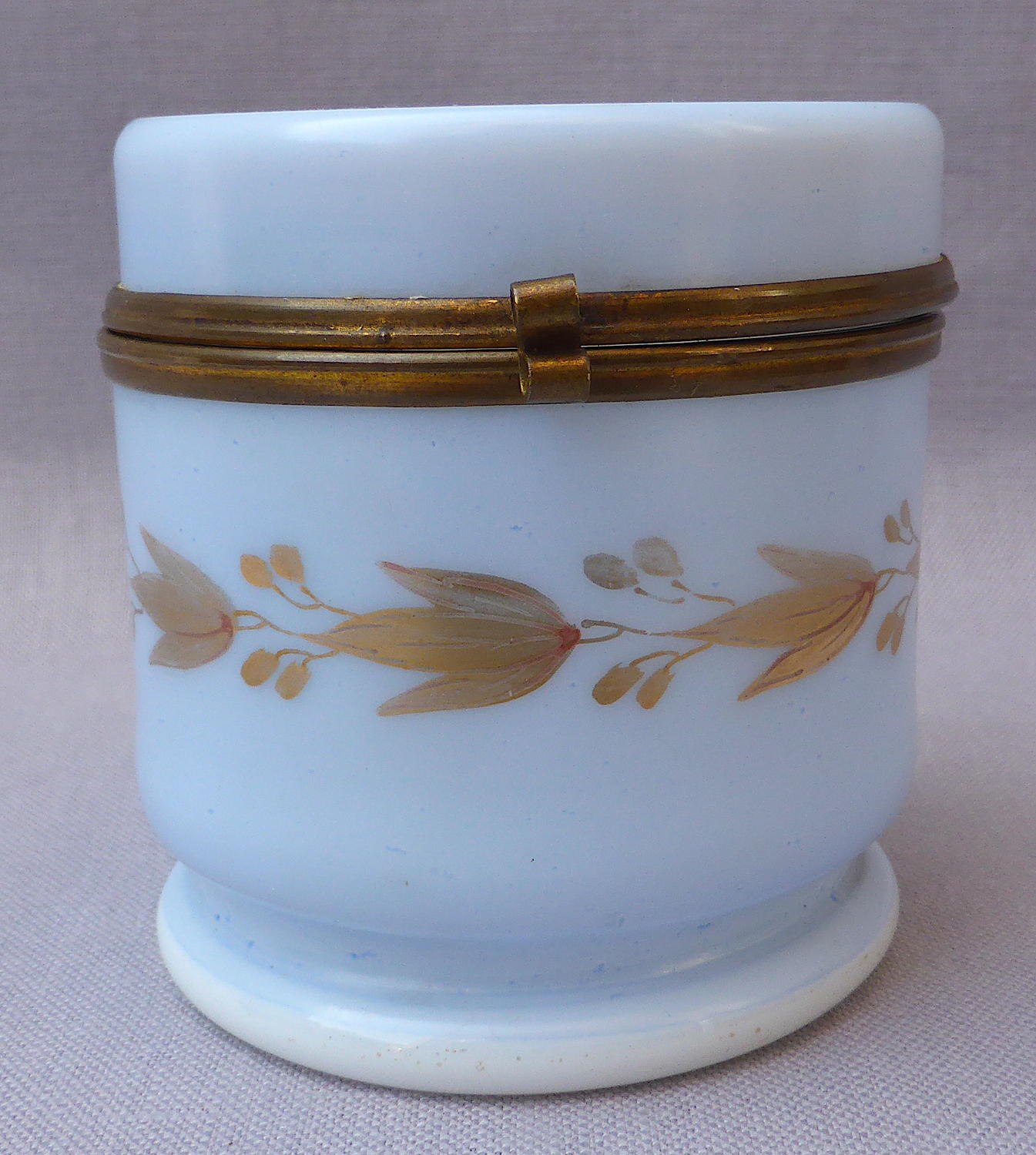 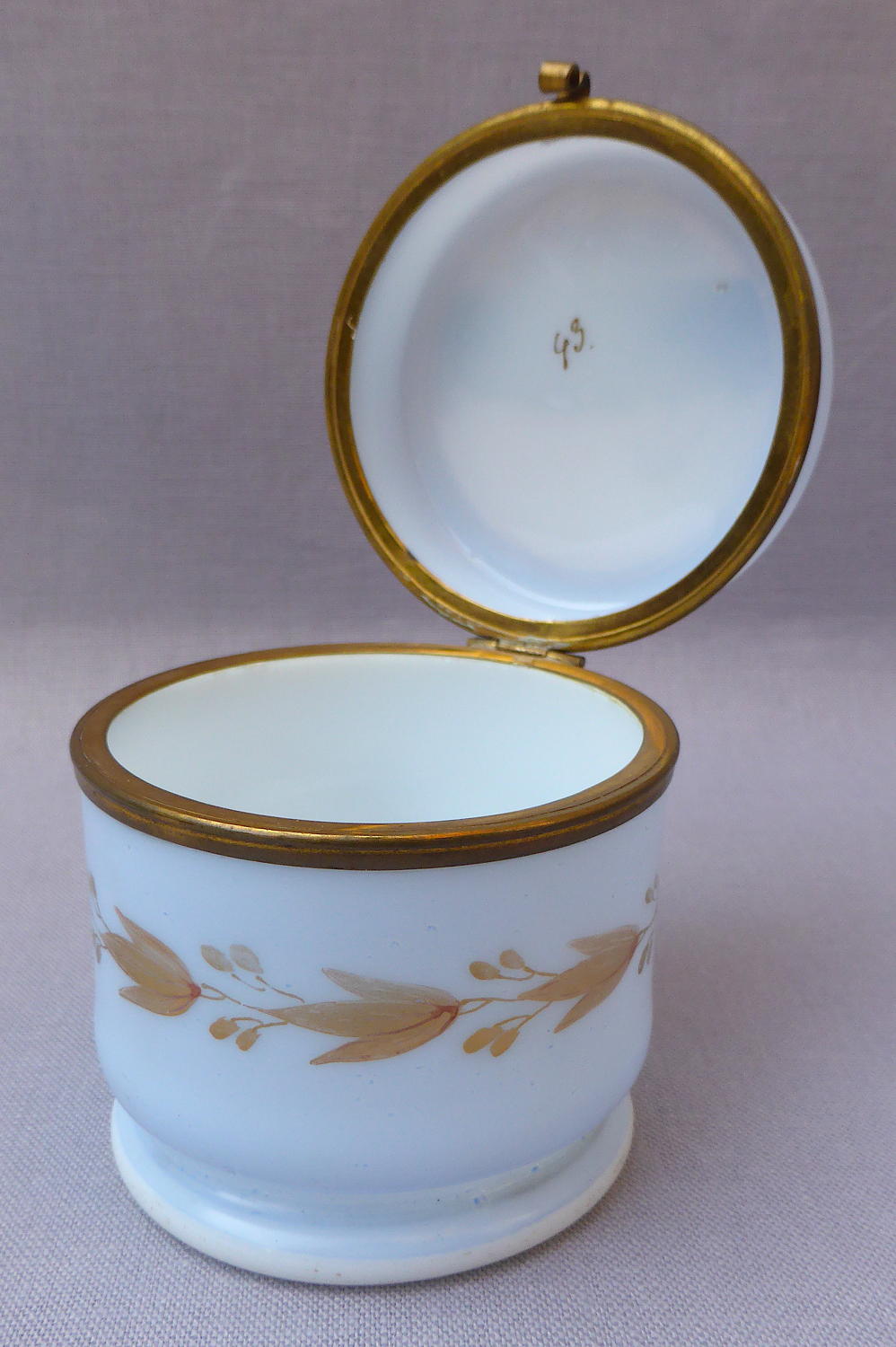 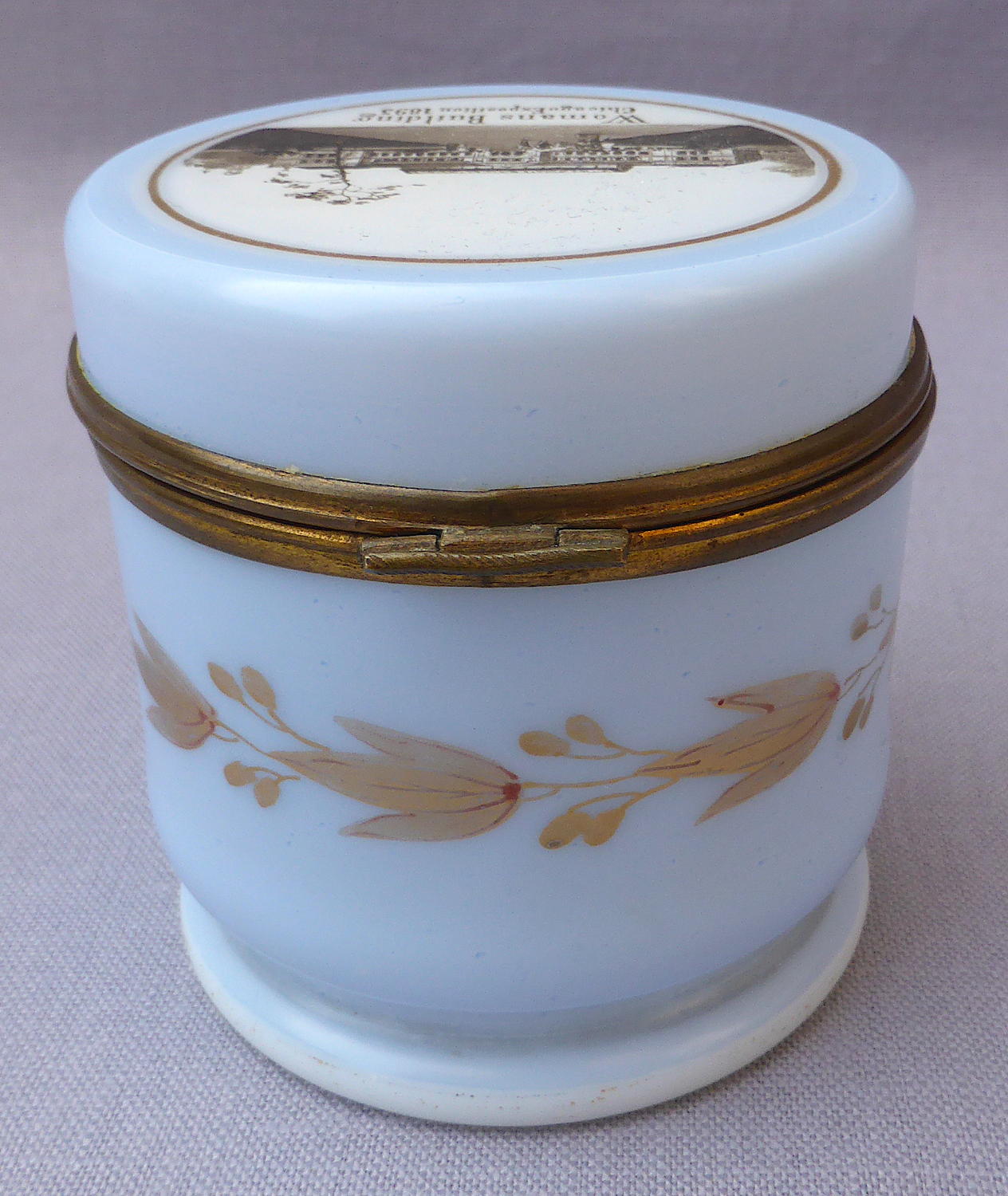 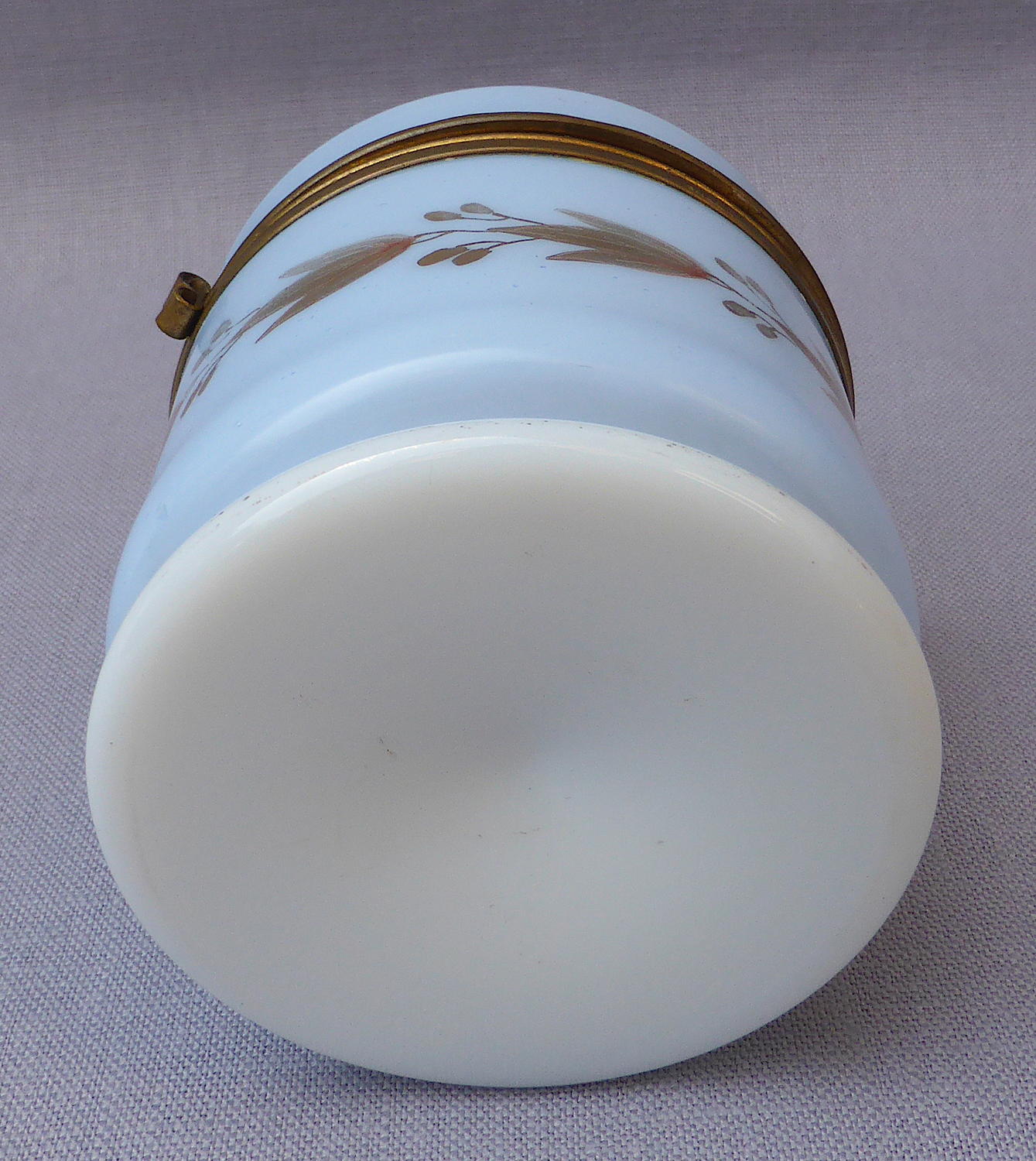