A very fine statuette of Joan of Arc, dating to the late 19th to early 20th century. The figure has been finely cast out of spelter with bronzed patination. There is a brass label attached to the base of the statue reading 'Jeanne d'Arc Invoquant Dieu Avant le Combat'. Jeanne is shown calling on God for his help prior to battle. The statuette is mounted on a polished green base.

There is a stamp on the back of the base reading 'Fabrication Francais Paris'. This mark was used by a foundry in Paris between 1892 and just prior to the First World War.

Condition : there is a small crack and chip to the base. 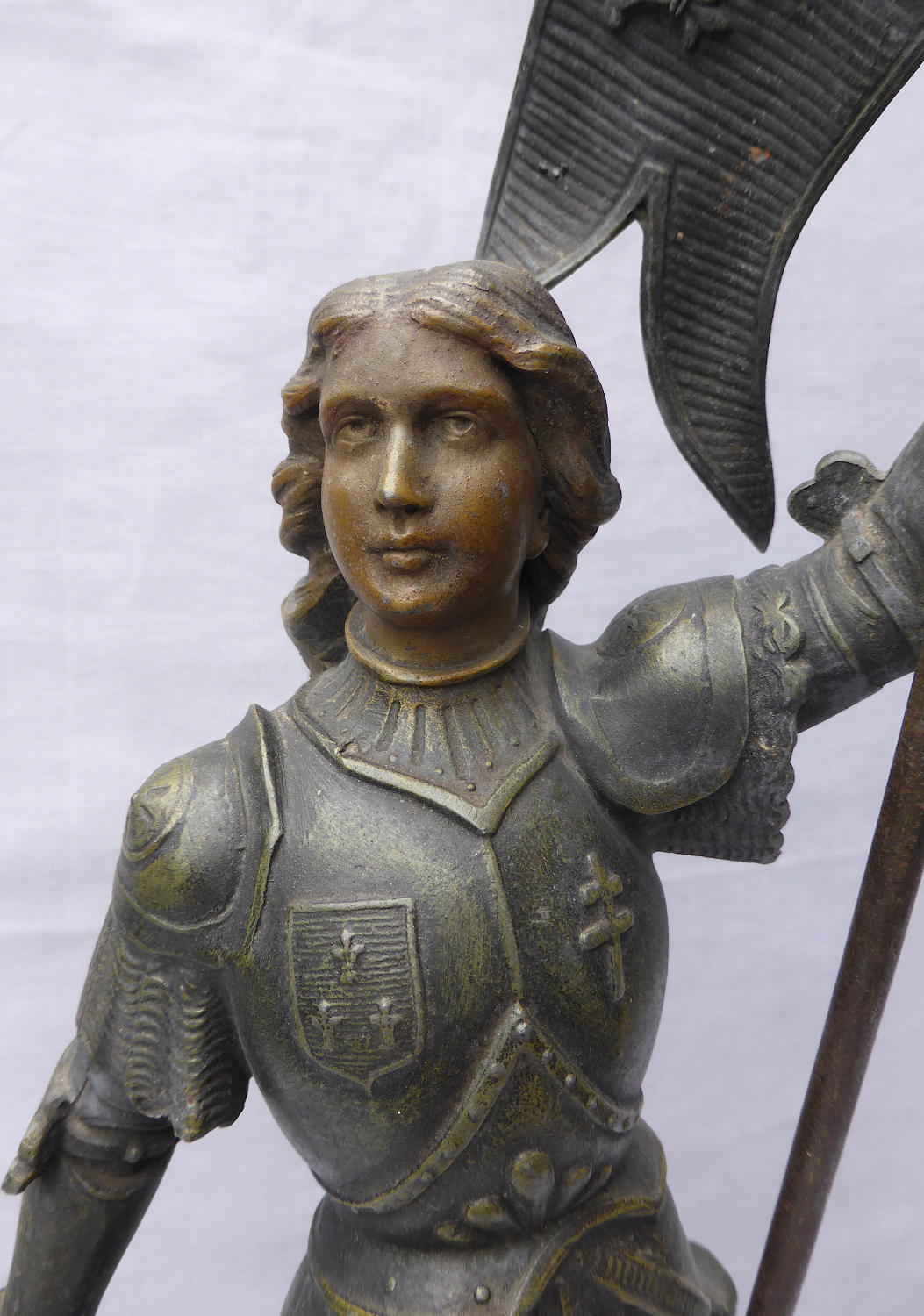 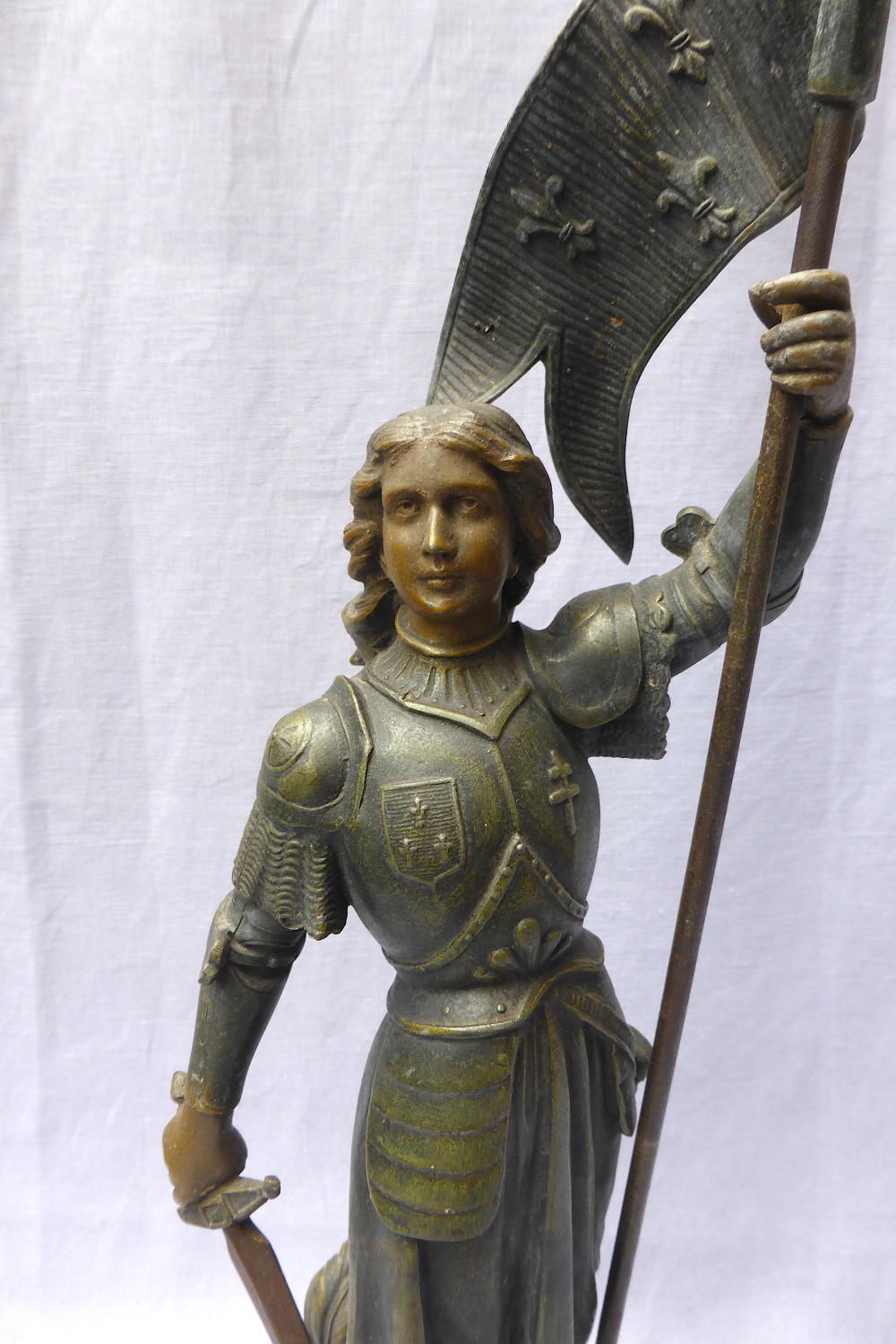 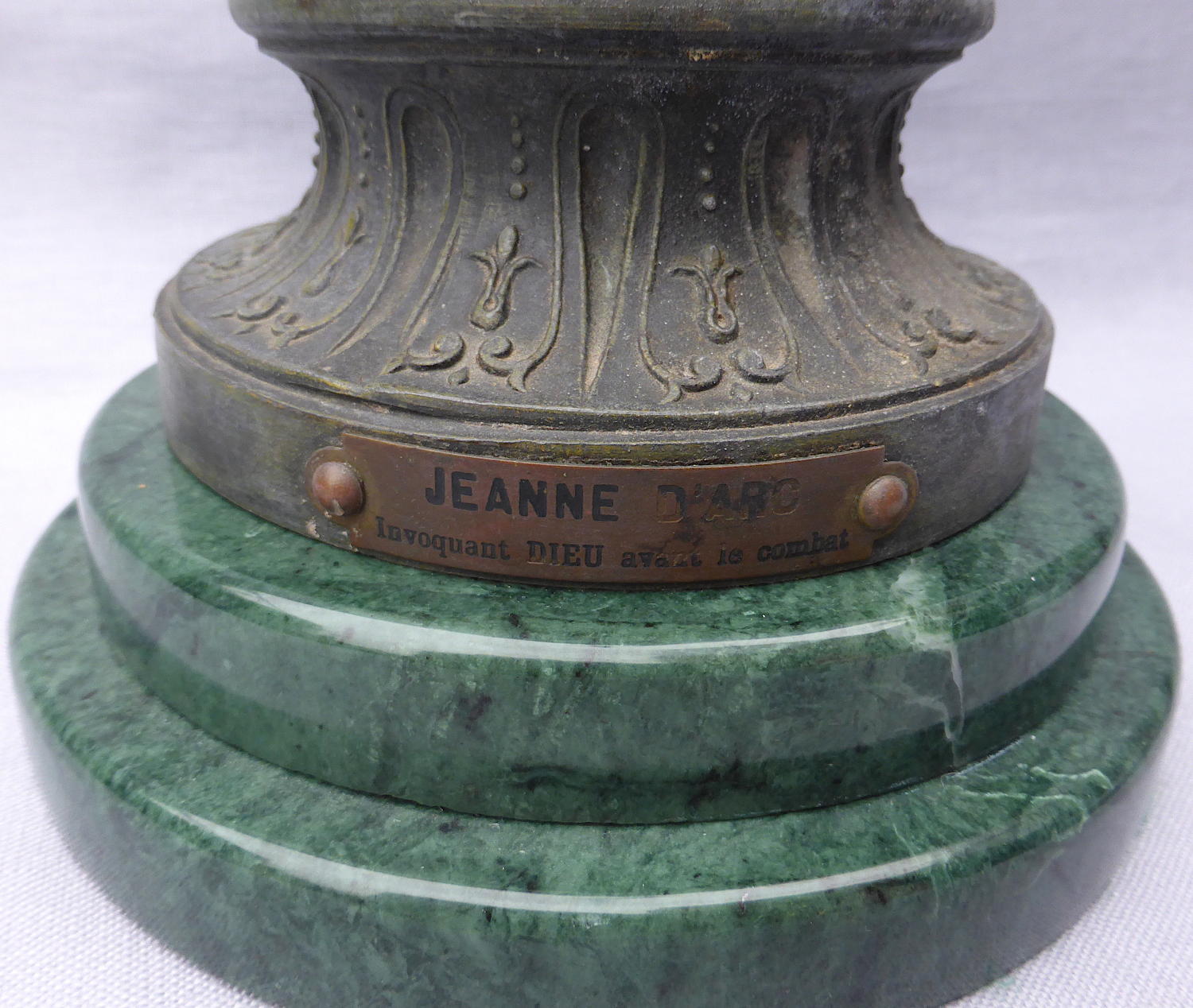 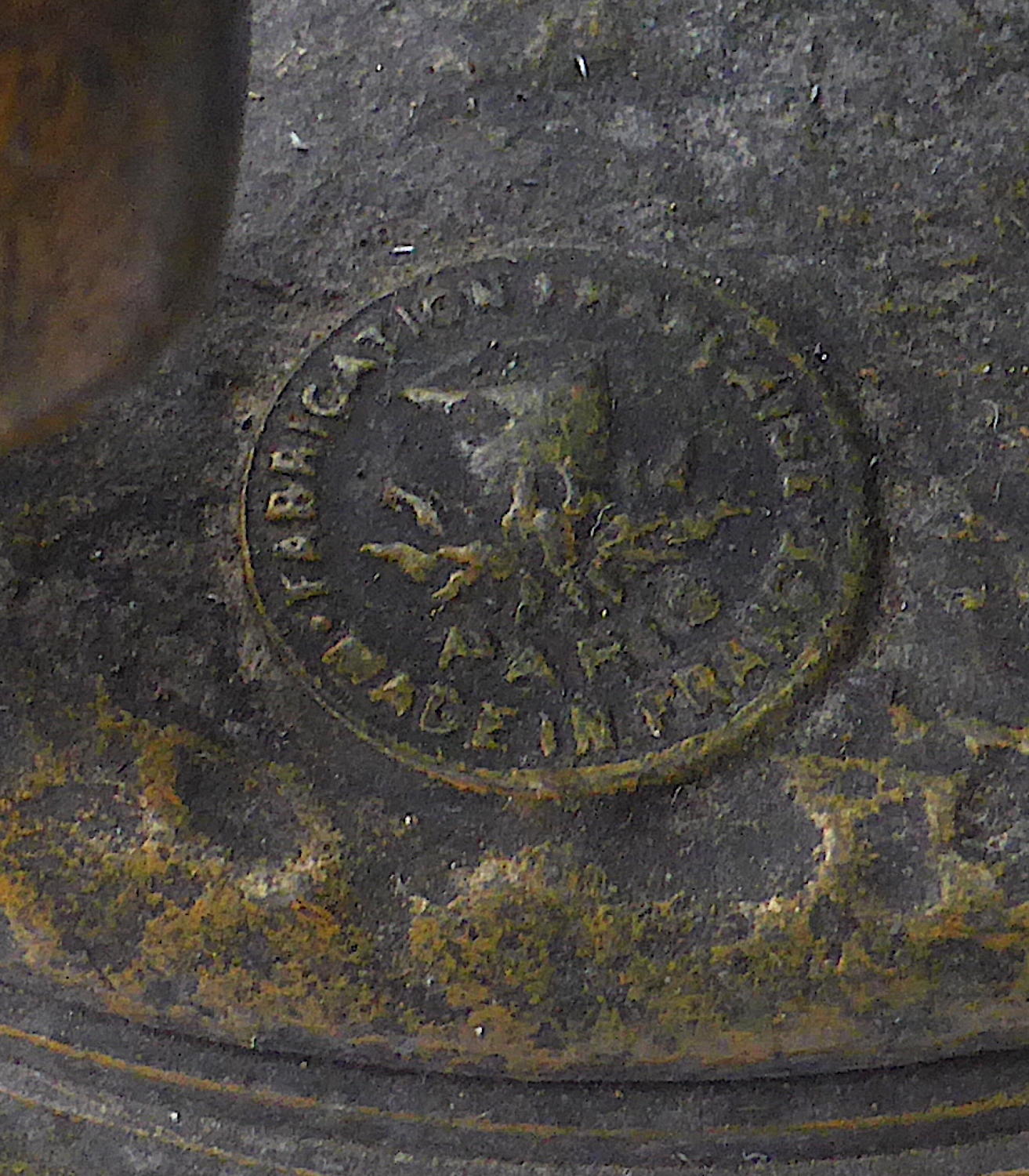 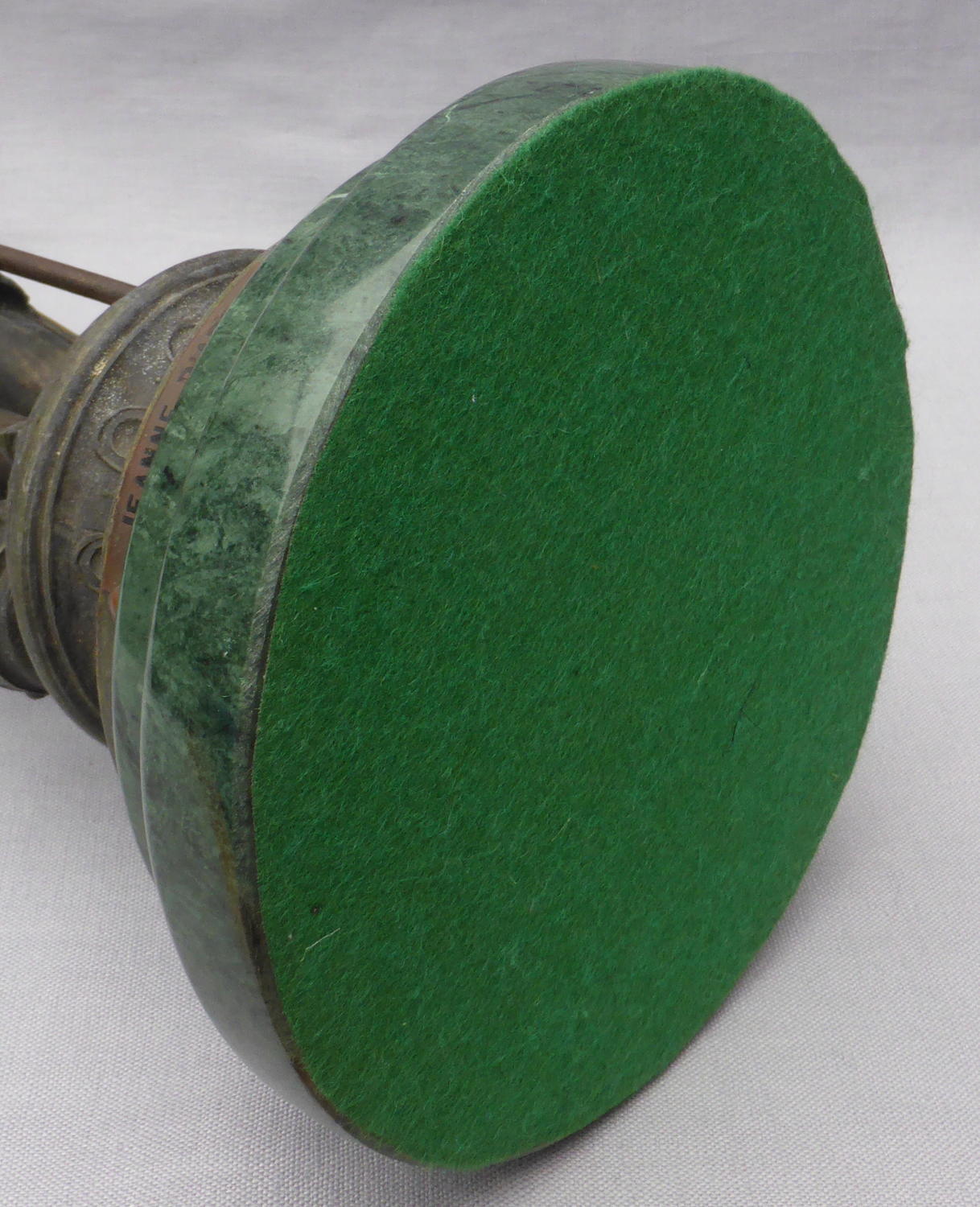