A very rare pair of toleware biscuit tins in the form of vases decorated in oriental style. On one side both vases feature an image of a Japanese Samurai warrior, and on the other side a Geisha. The top part of each vase can be removed. Biscuits would have been stored in the bottom half and, as the top part is sealed this could be used as a small vase while still in place on top of the tin.

The tins do not bear any manufacturer's marks but were probably made in England early in the 20th century. 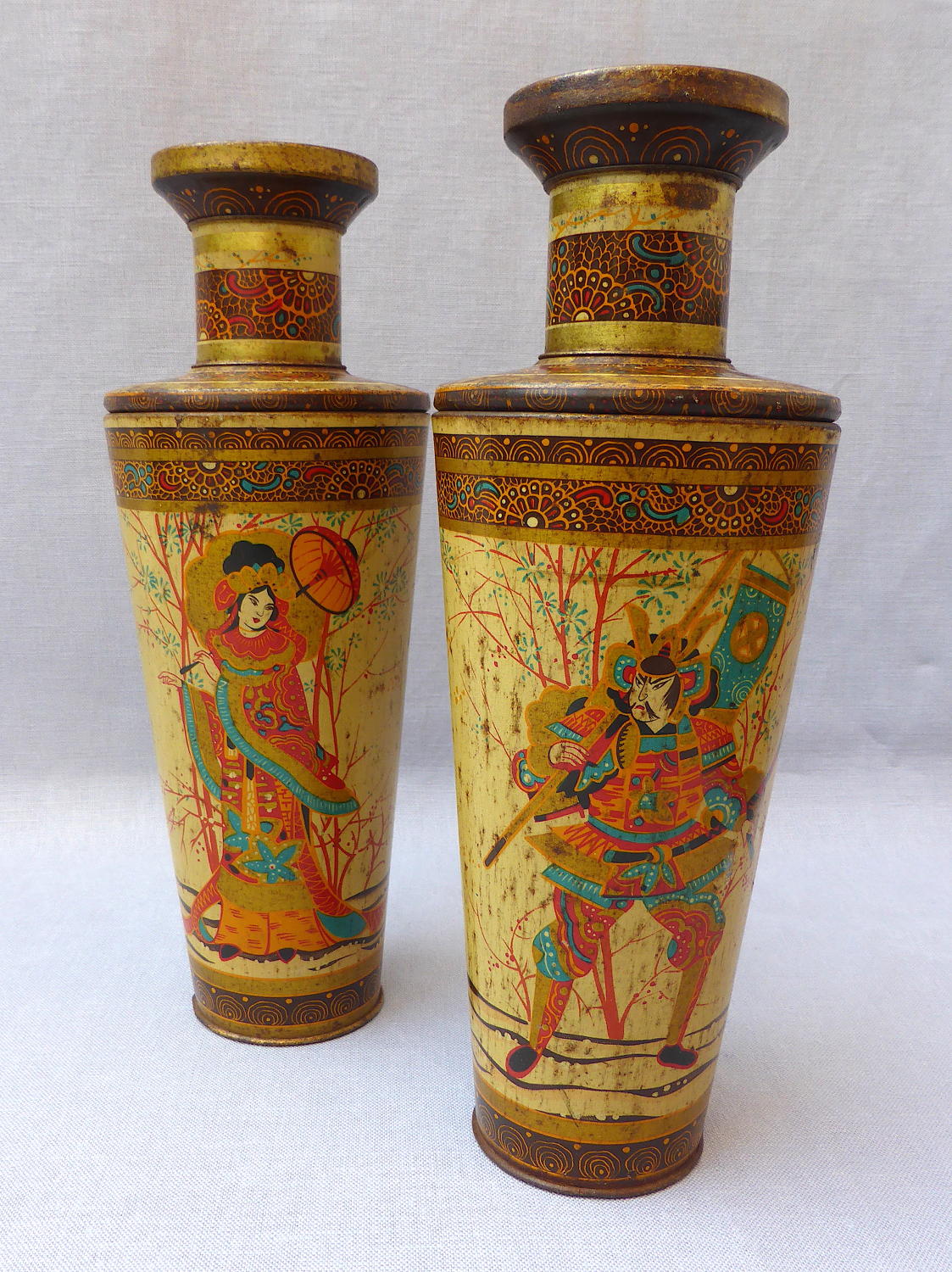 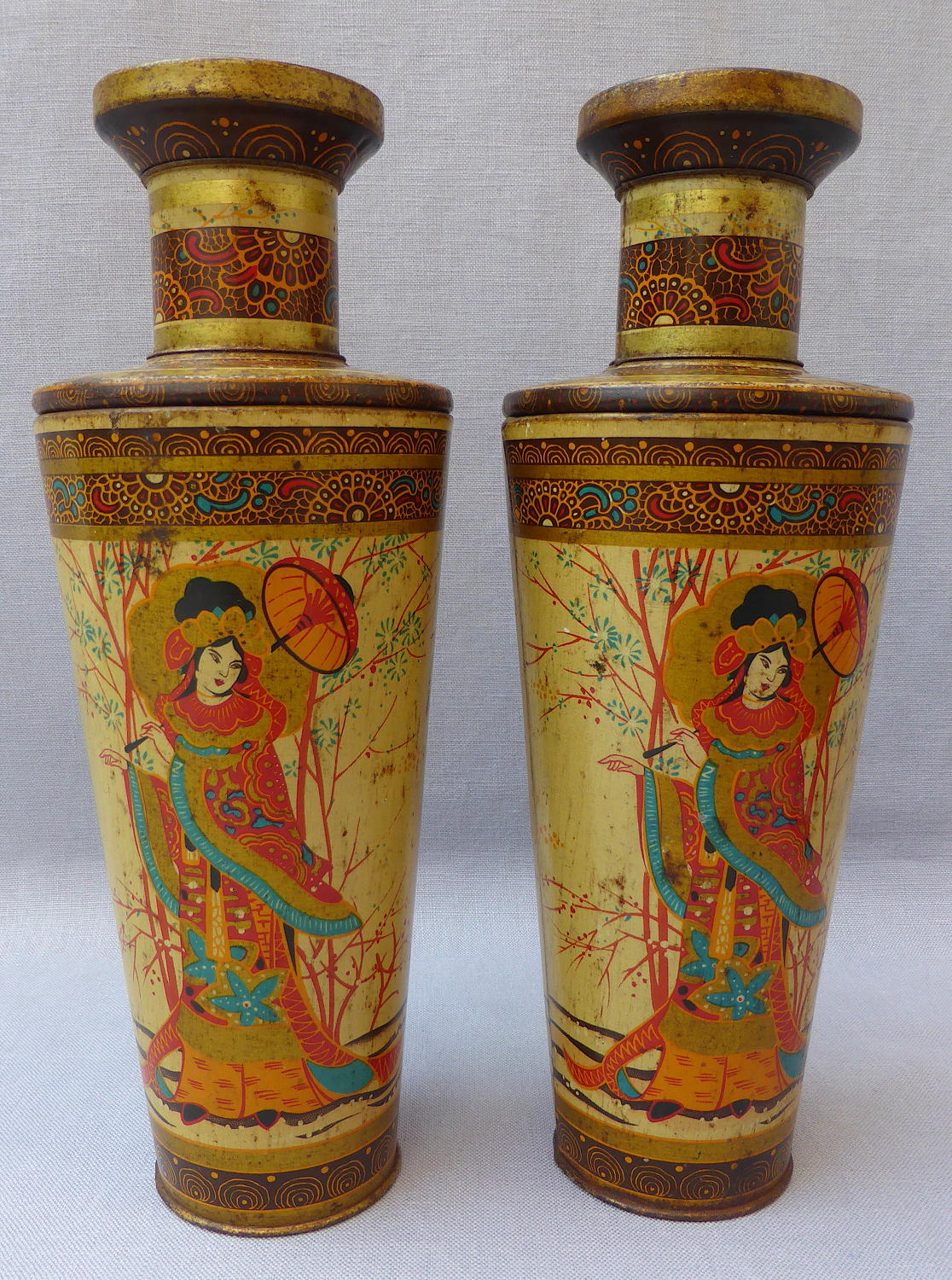 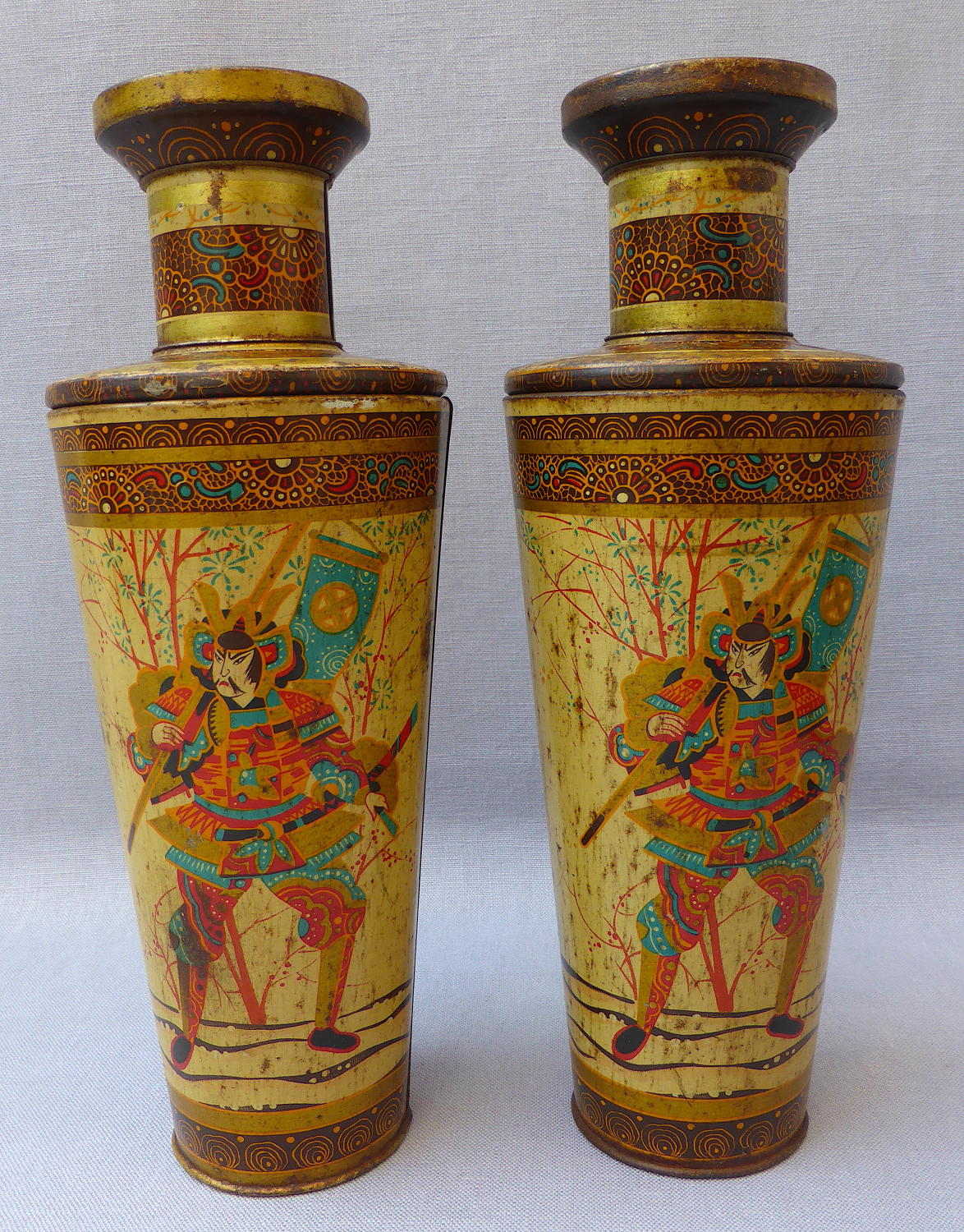 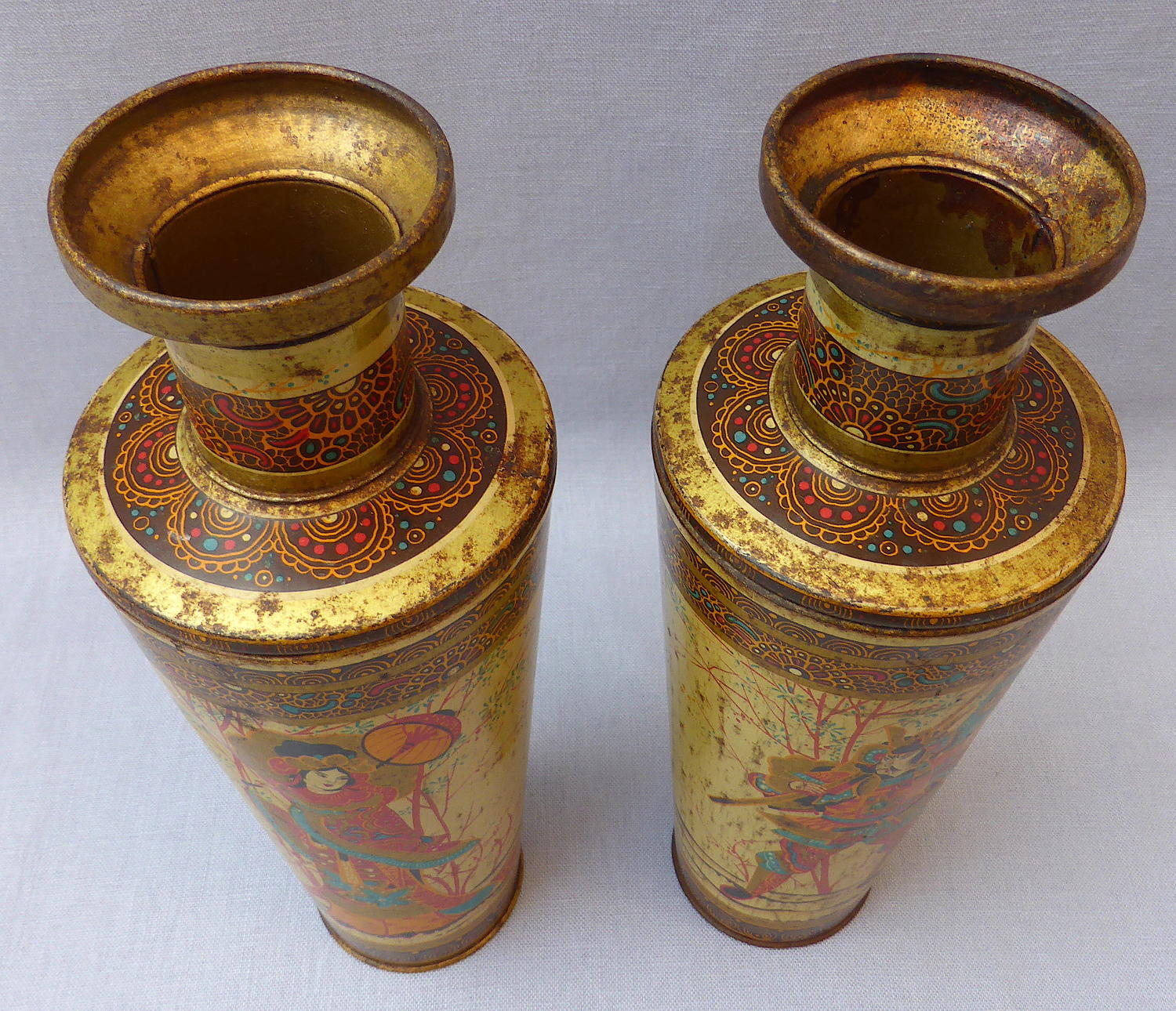 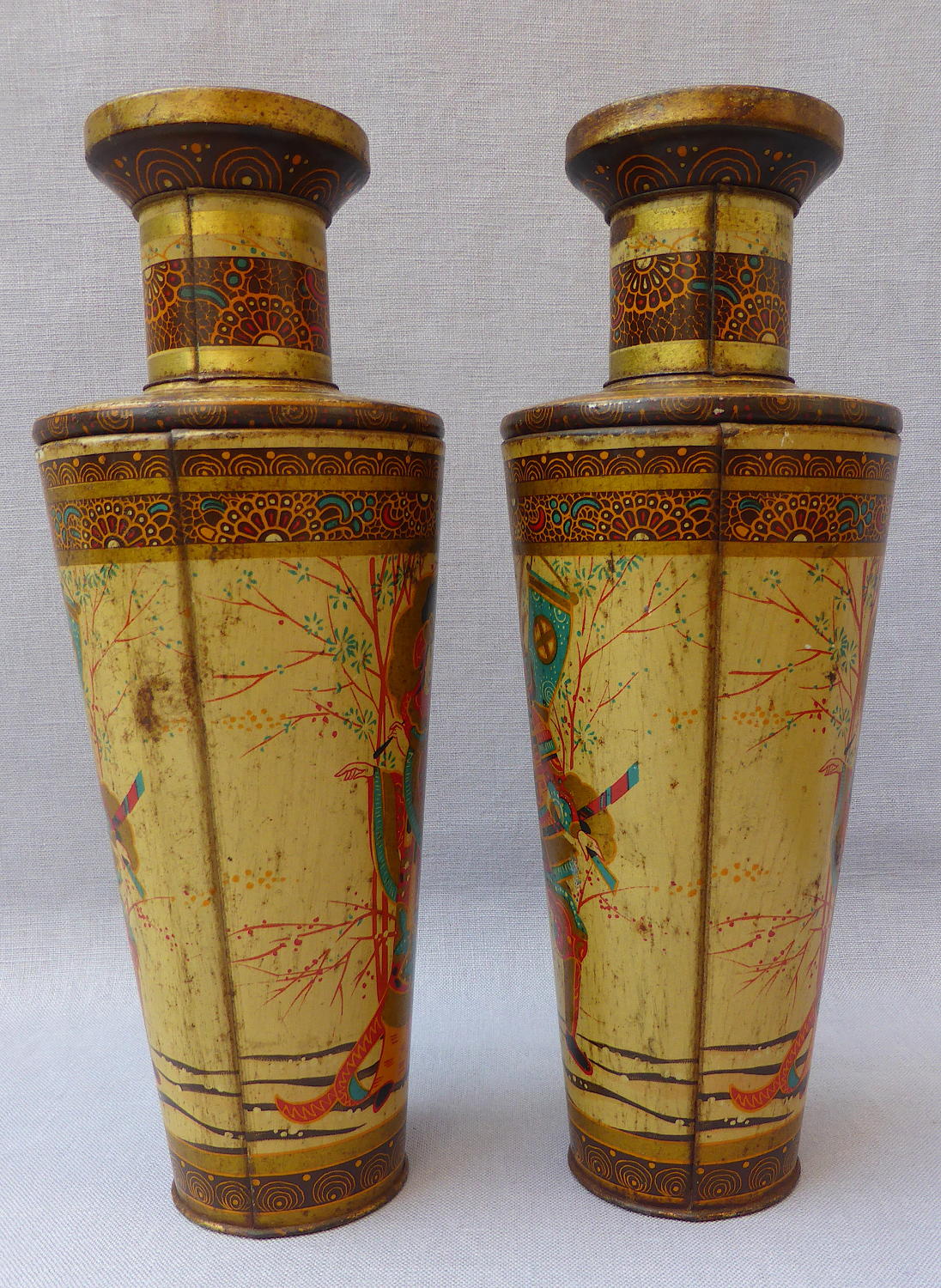 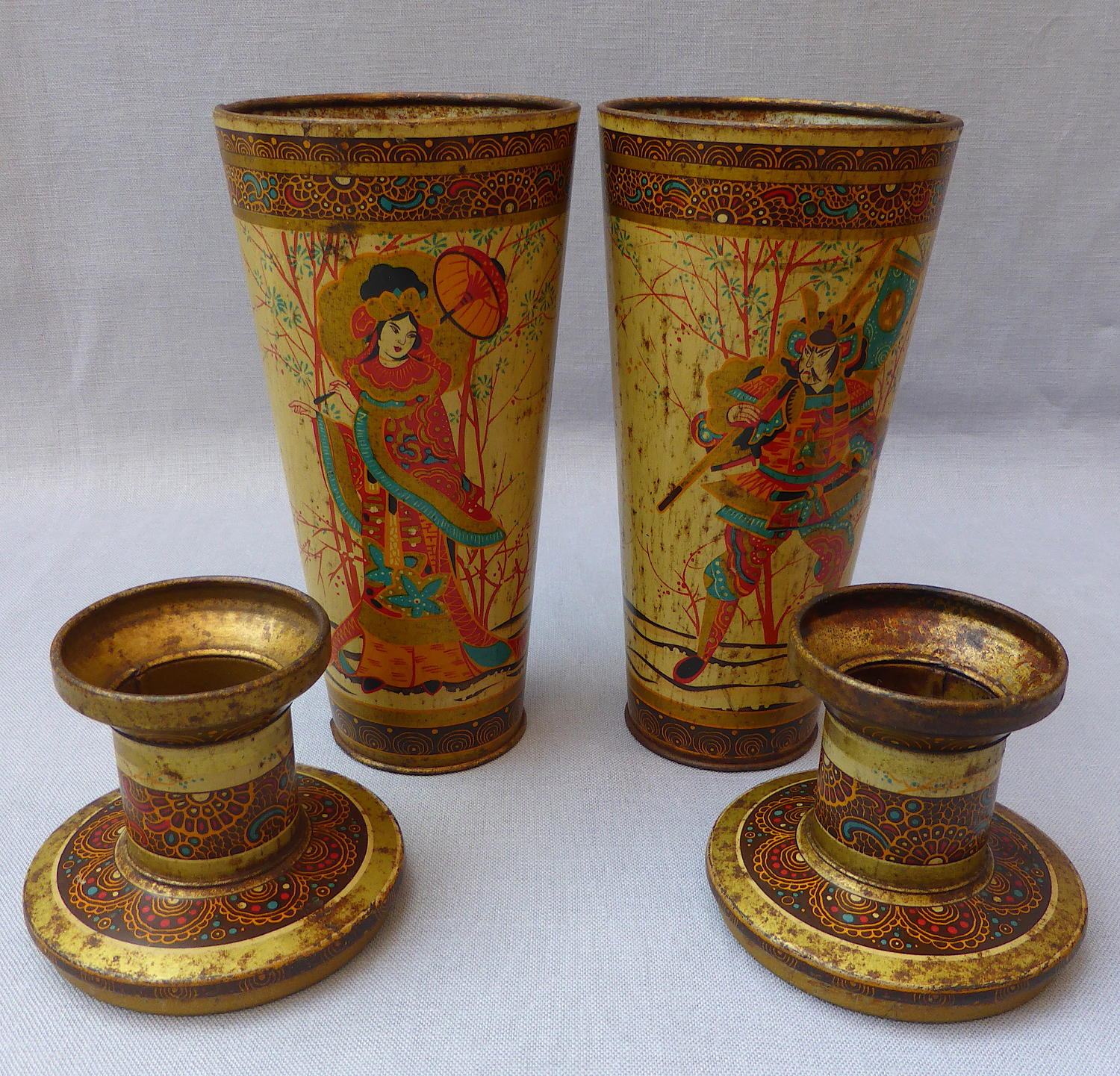 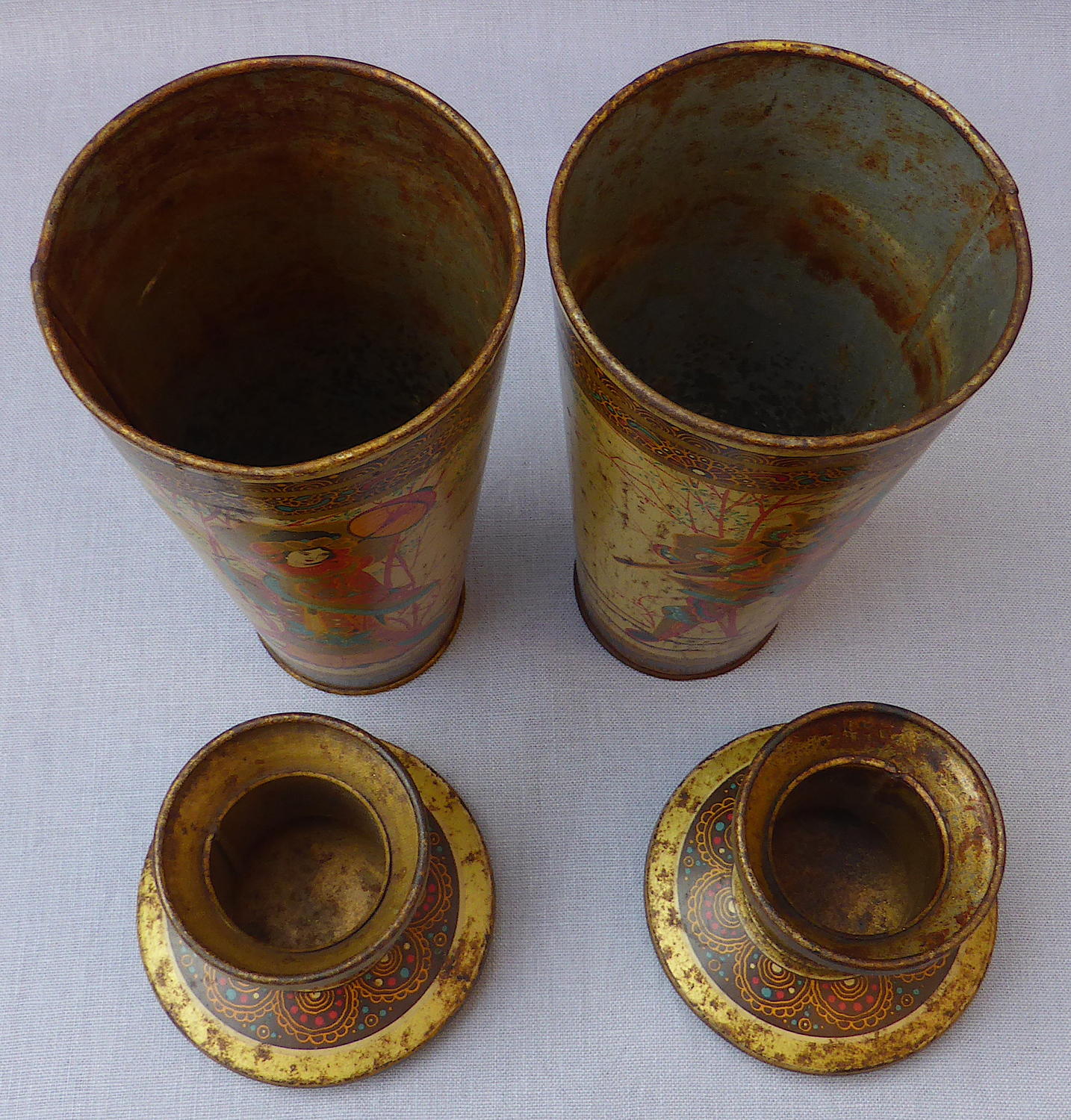 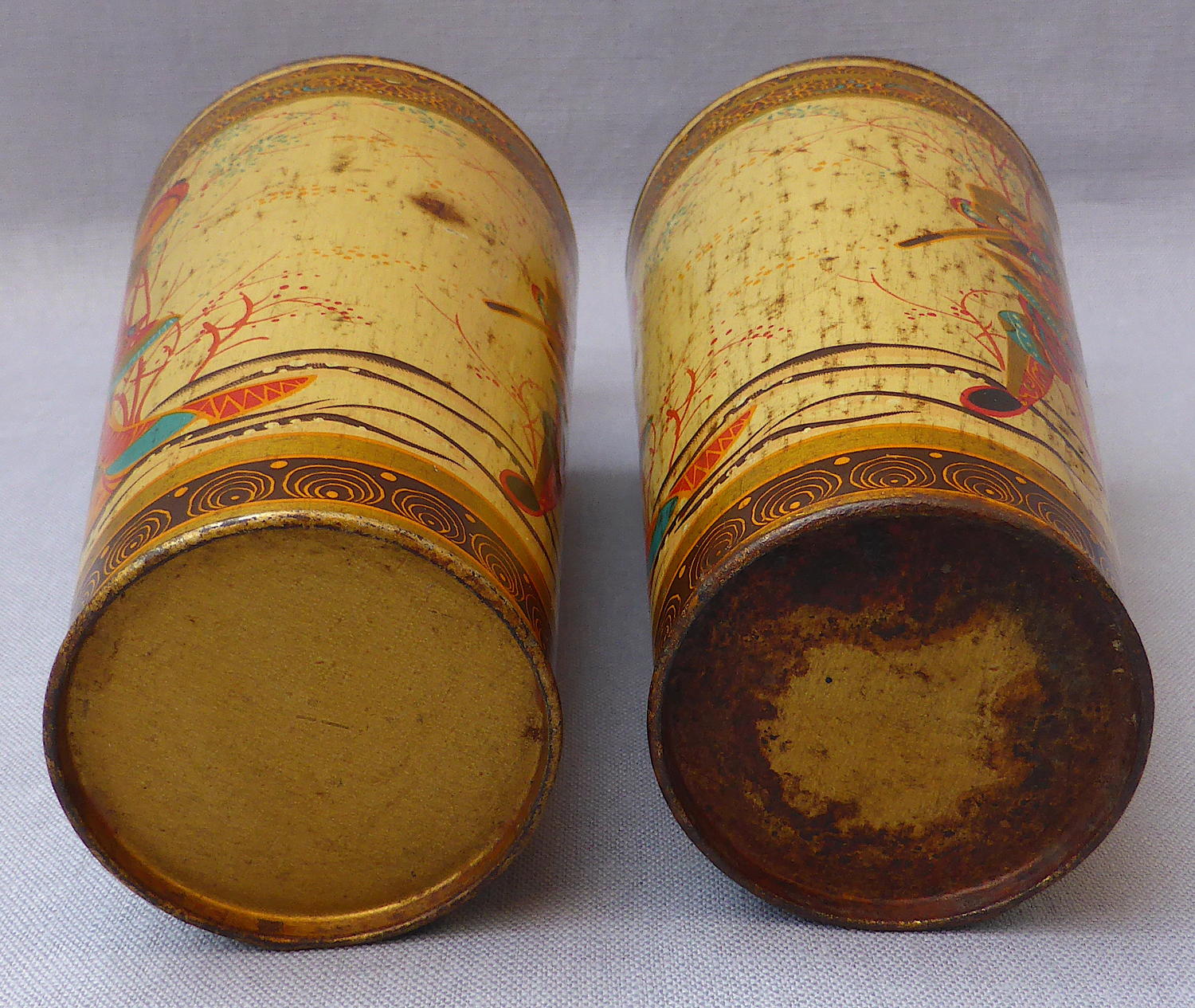