A string of 108 Buddhist Mala Meditation beads from Tibet. The beads are in the shape of human skulls and are hand carved out of yak bone. They date to approximately the mid 20th century. In the middle is a Guru bead in the form of Buddha's head.

Mala beads are used during meditation when they are passed through the hand while a repetition of a mantra is said for each bead. The number of beads represents the number of human passions and mistakes. The use of the skull shape is intended to remind the user of their mortality and the impermanence of life. 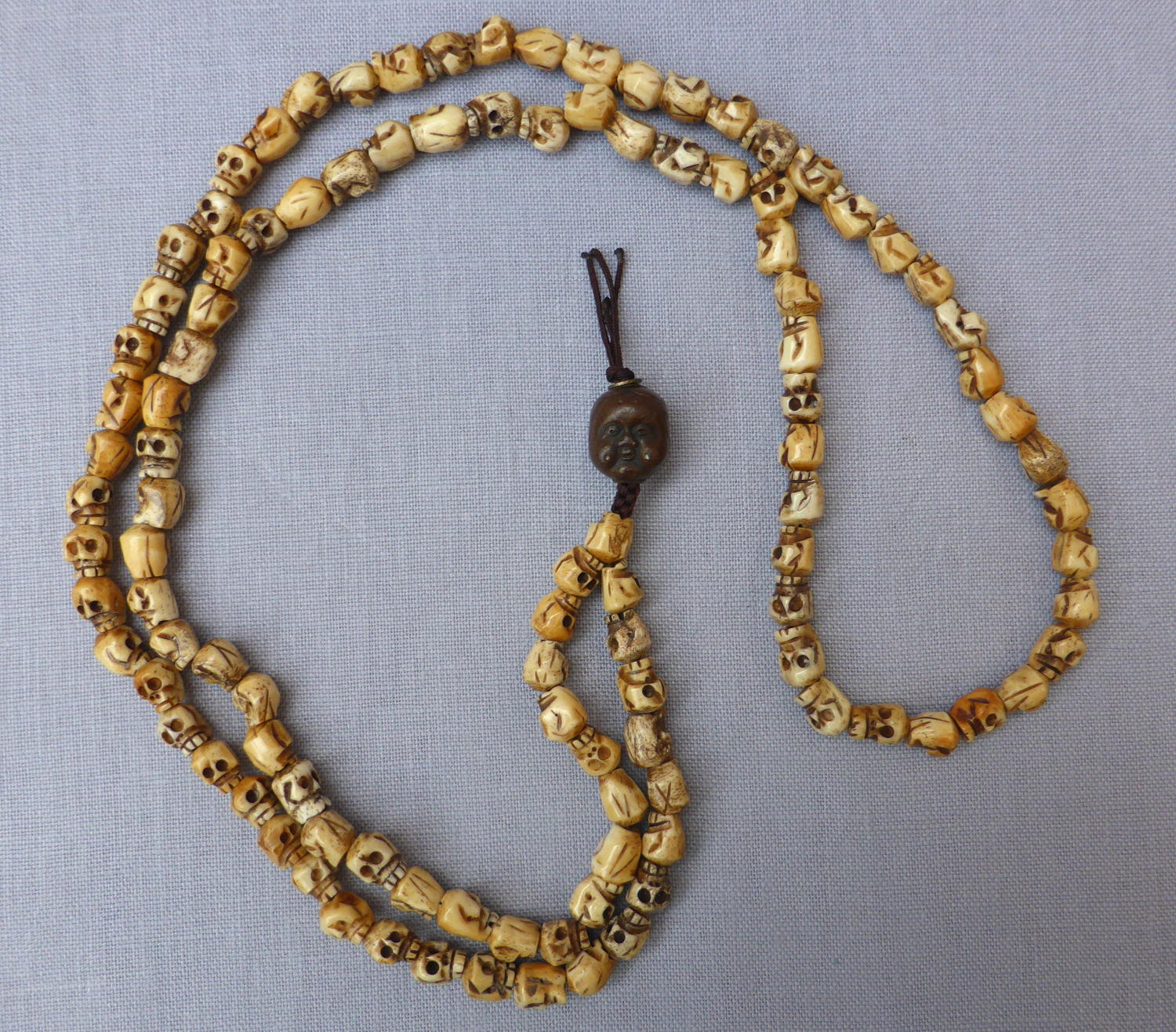 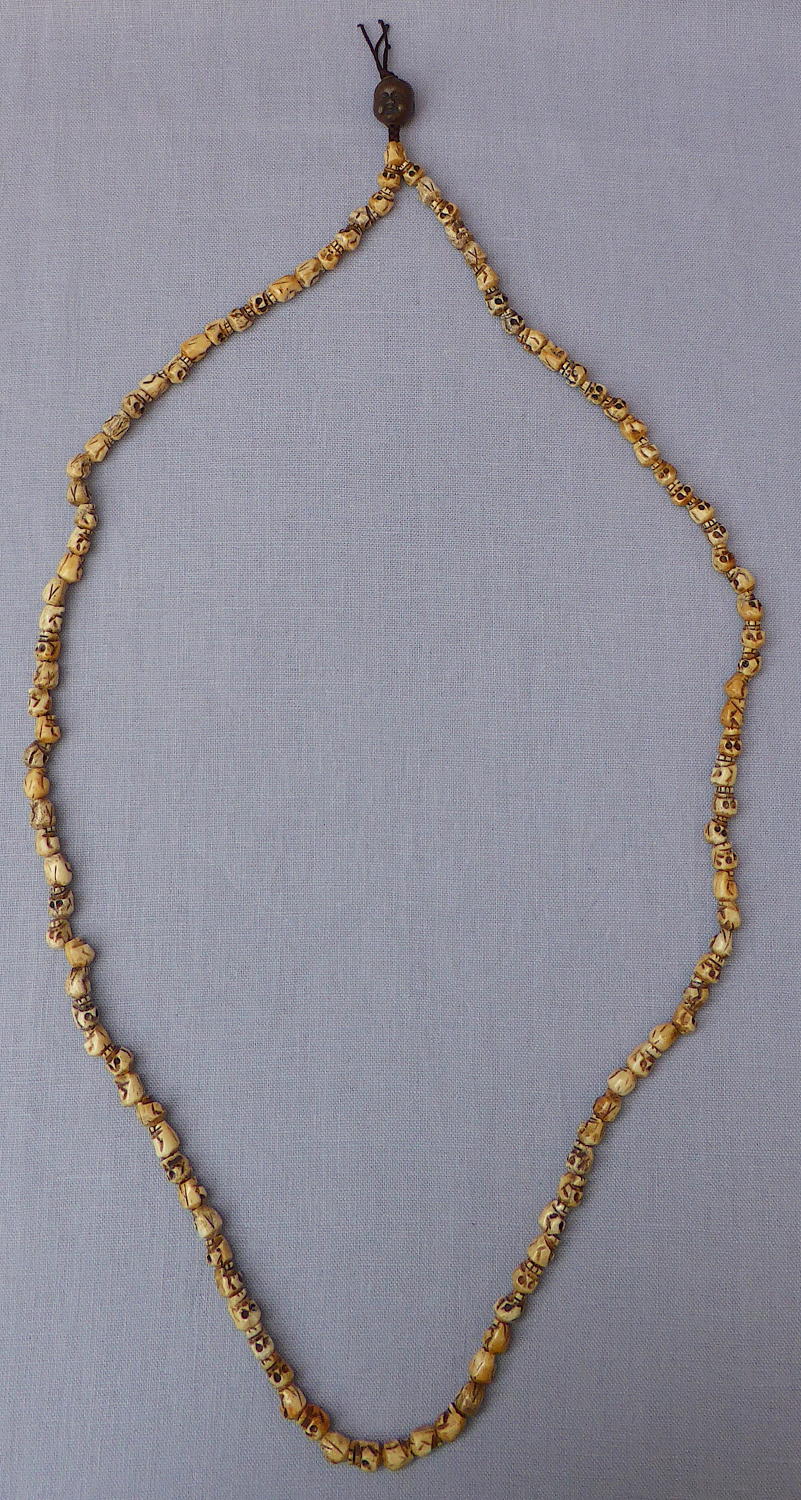 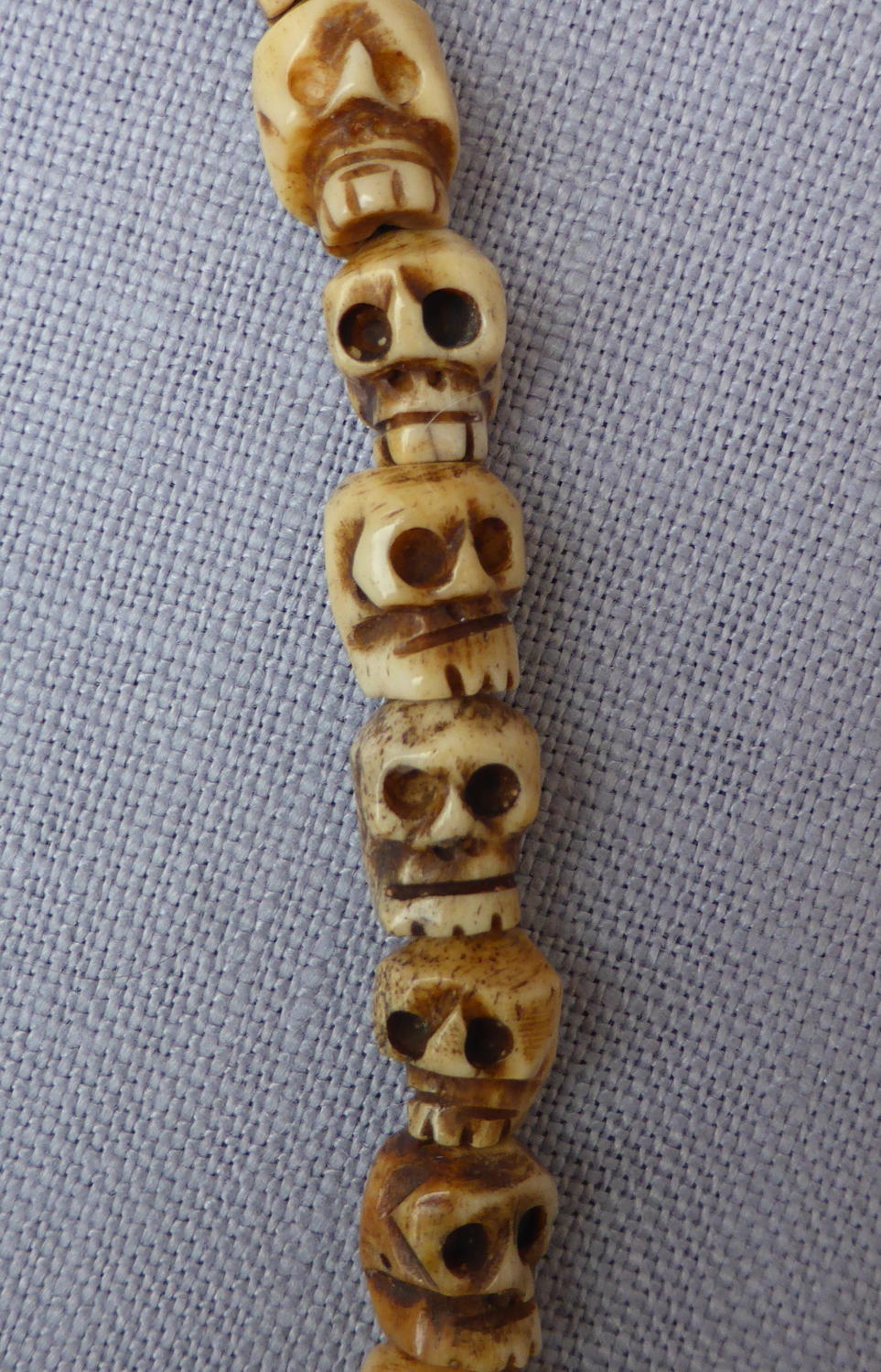