A charming toy Bonzo, probably made in England in the 1920s. He is a ramp walker or slope walker toy with moving legs that make him walk, albeit a little unsteadily, down a slight slope. He is quite naively made in the folk art tradition, and still has his original paintwork. He is made of wood with a cord tail, and has been hand painted.

Bonzo was a cheeky little dog who was very popular in the 1920s-30s. He was created by British comic strip artist, George Studdy in 1922. He appeared in various publications including The Sketch and Pearson's Magazine, and even on film. 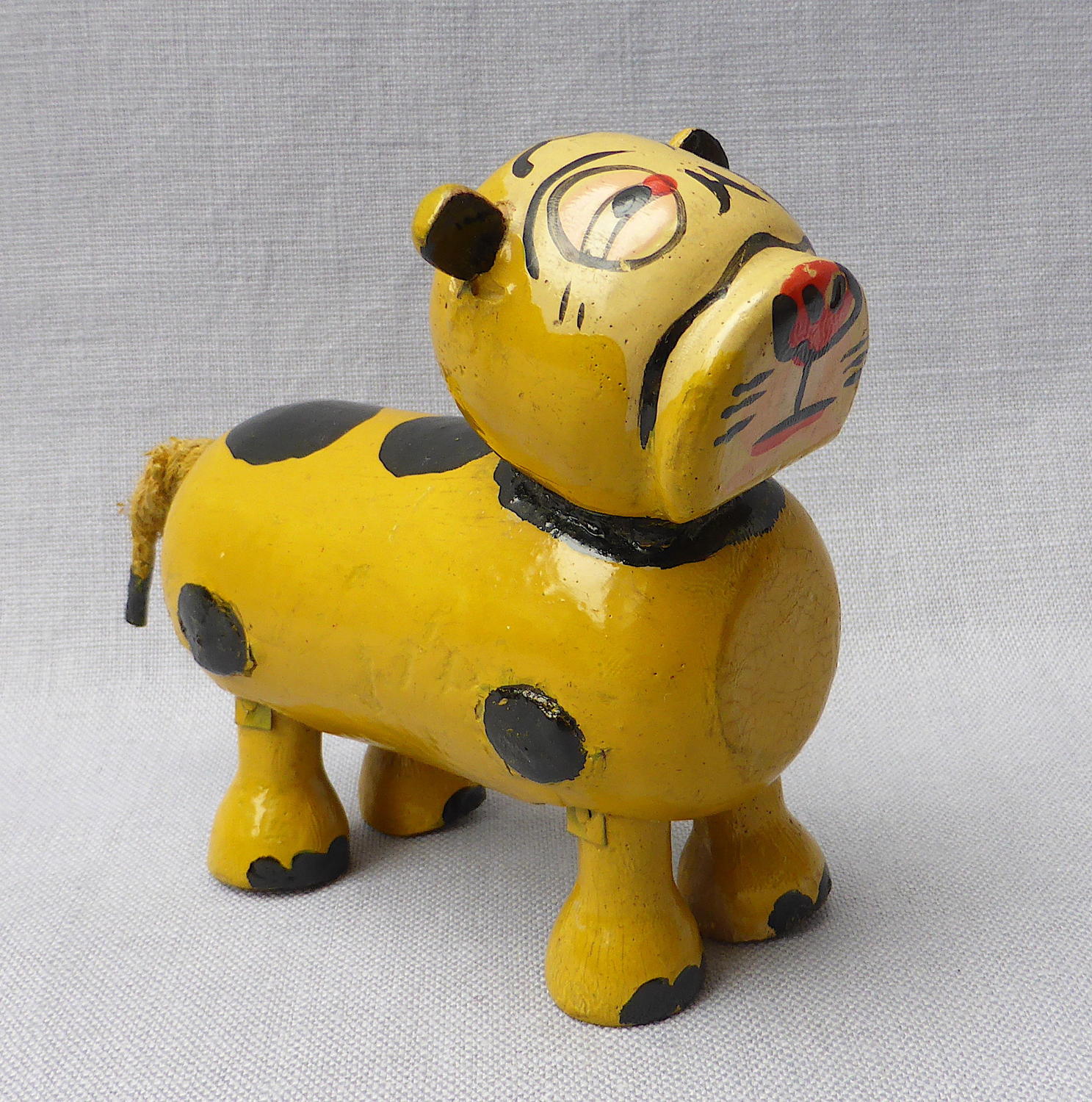 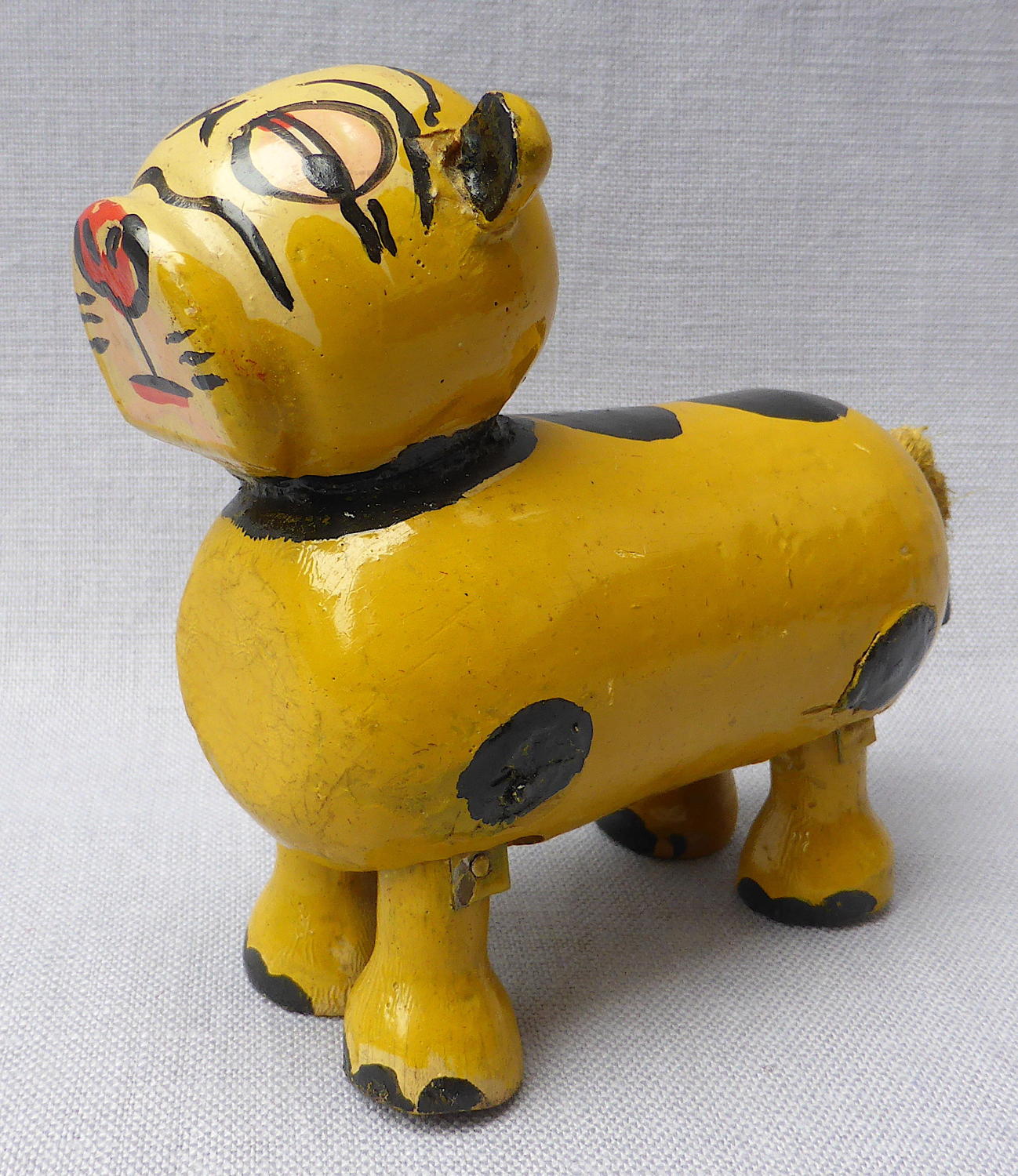 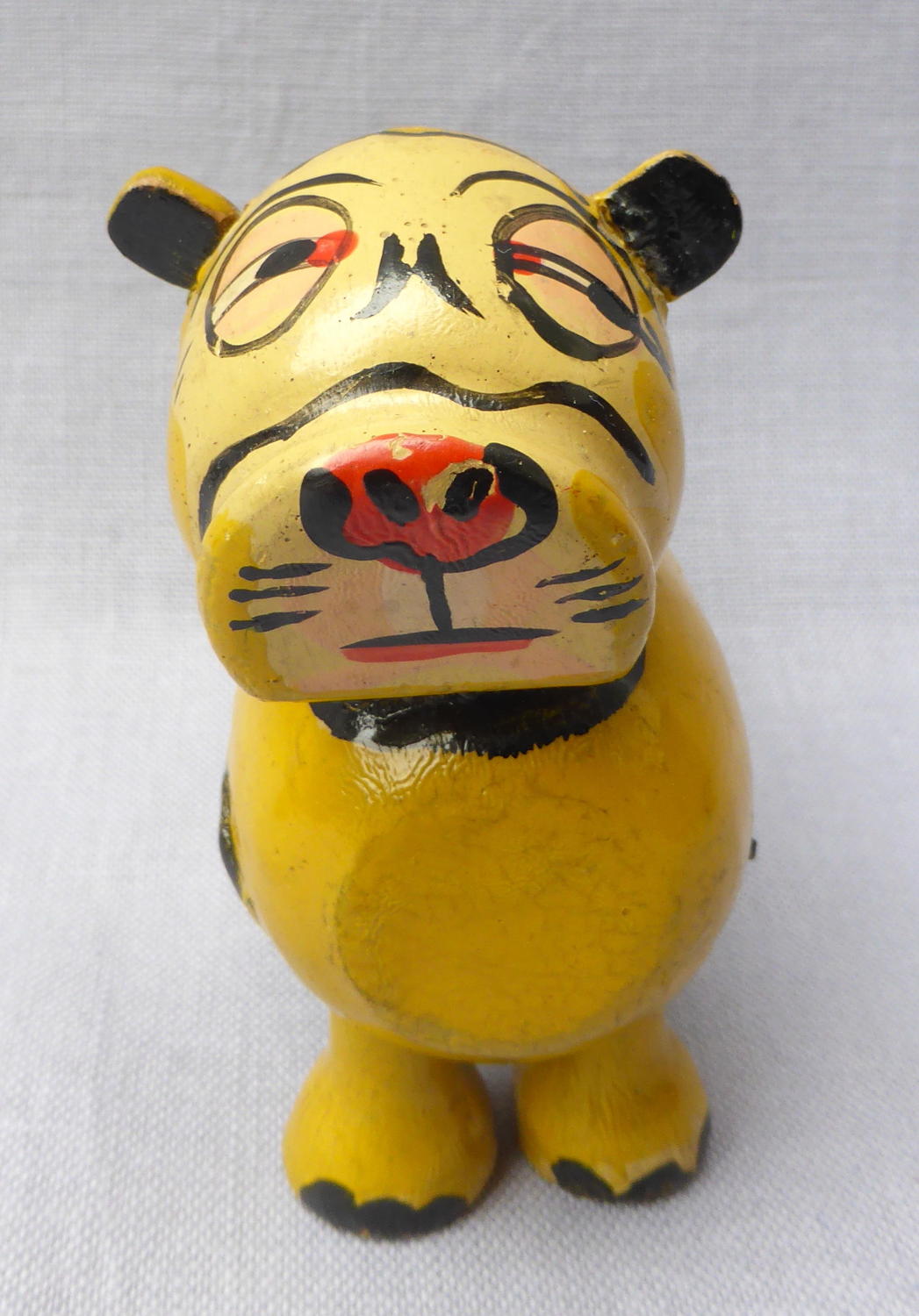 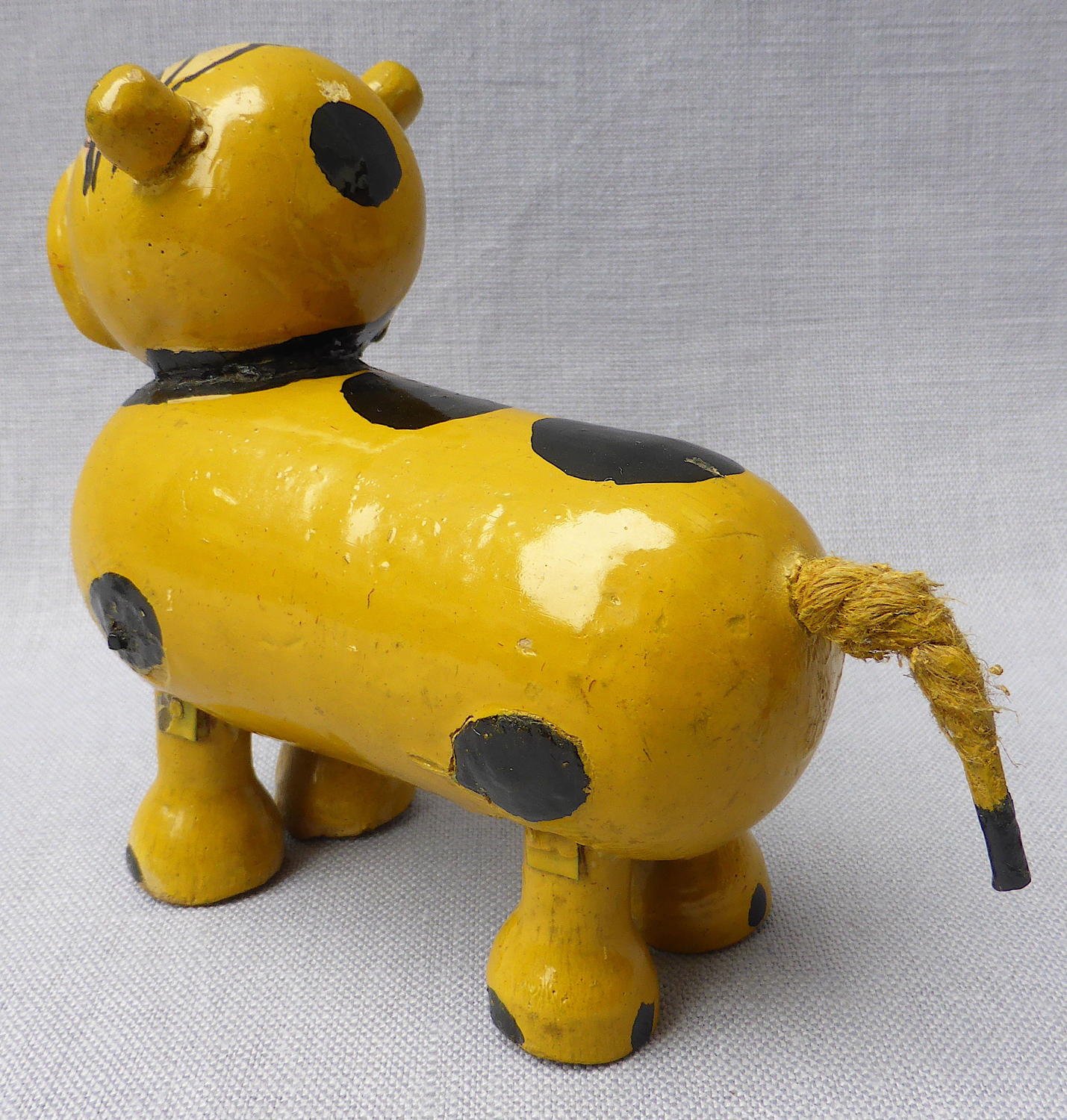 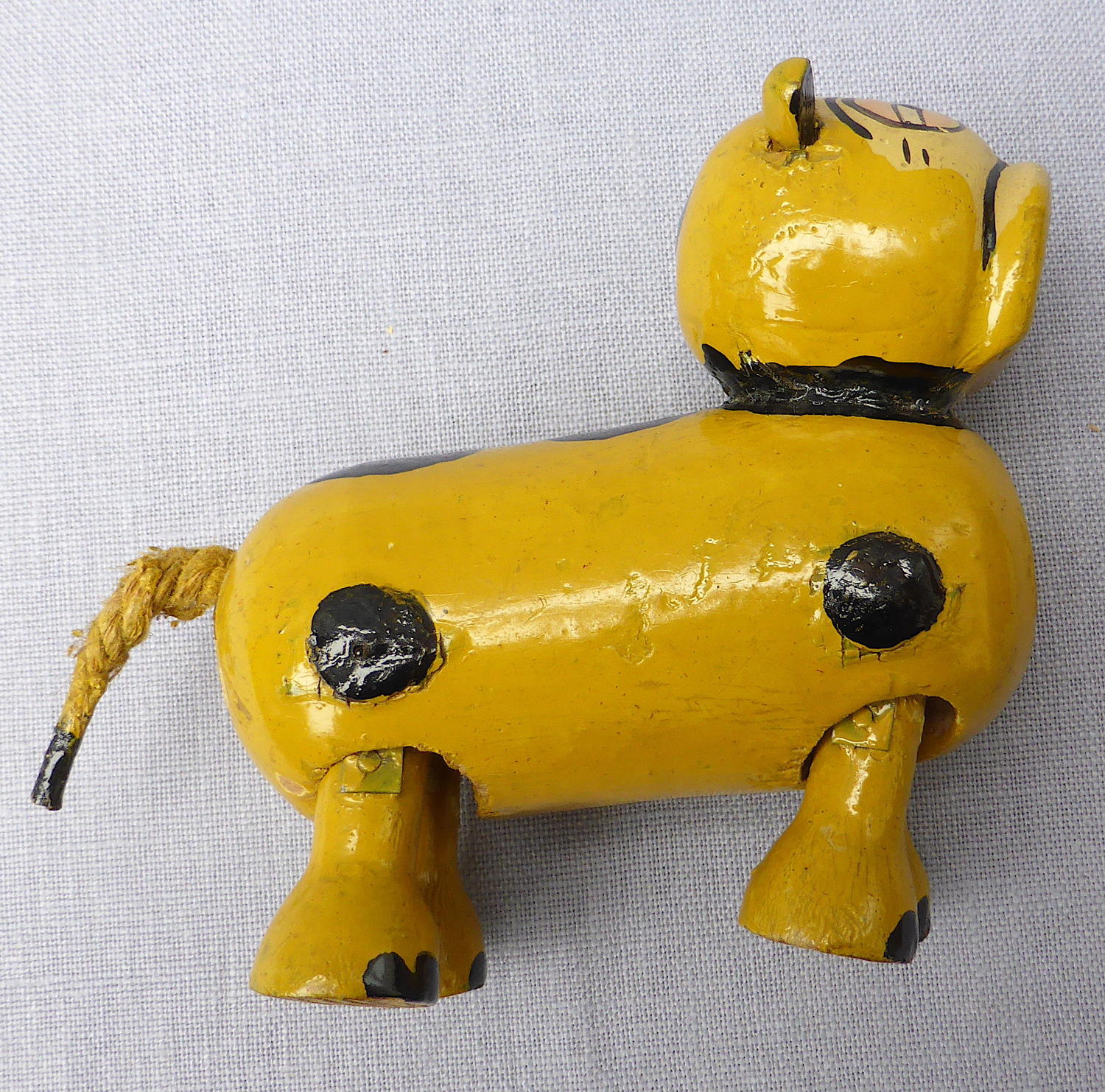