An unusual matched pair of animal head jugs, made in Germany by Jasba in the early 1970s. Jasba produced art pottery designs influenced by ancient civilisations including Pre-Columbian, Inca, and Mayan. These jugs come from their 'Aztec' range, introduced in 1970. They were only produced in small numbers, making them quite rare. They have curious animal's heads with appealing faces, and a tactile, textured brown glaze, which is typically 1970s. These would look fantastic in a mid century scheme.

Condition : Good but both jugs have a couple of tiny nicks to the glaze. 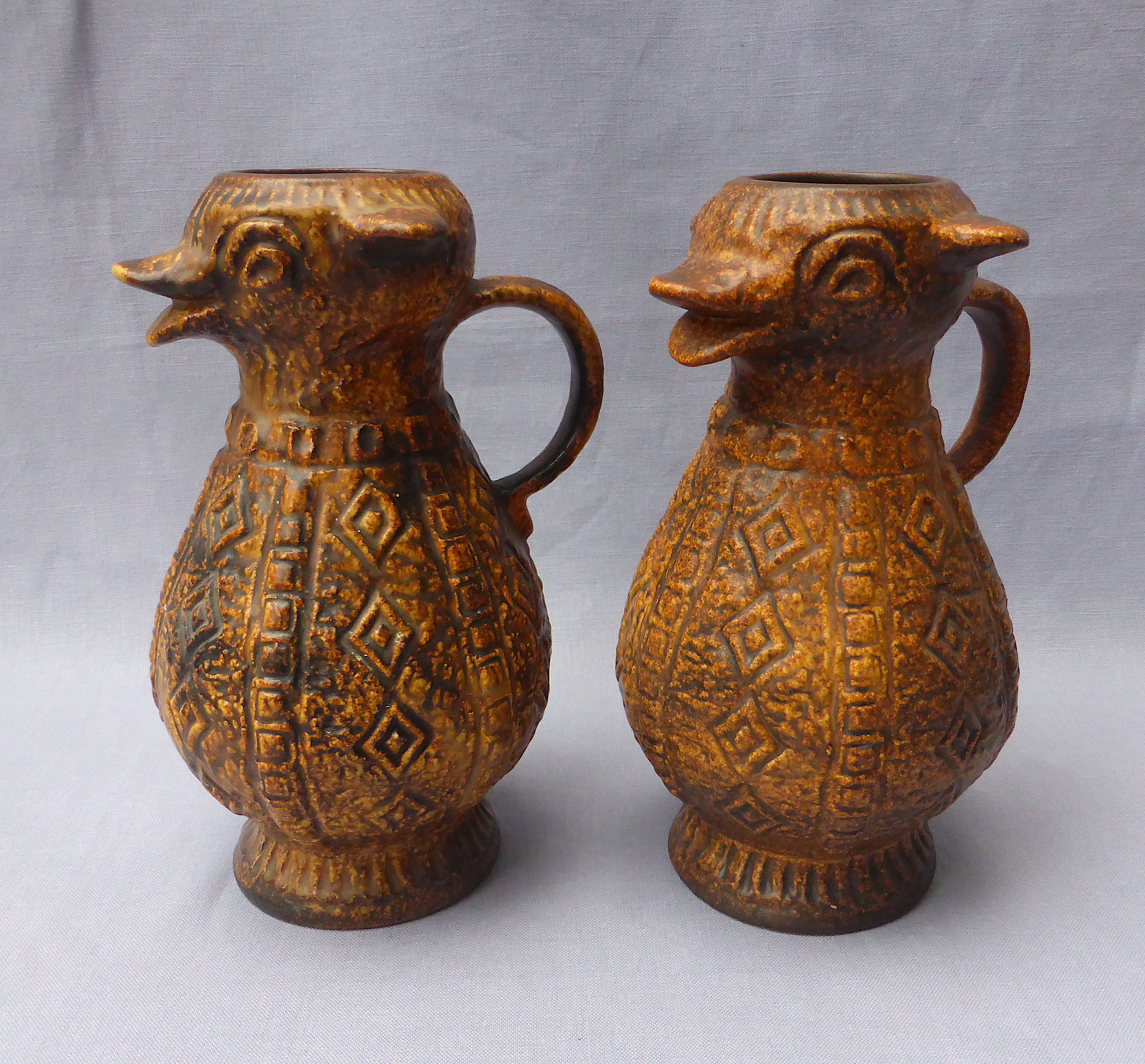 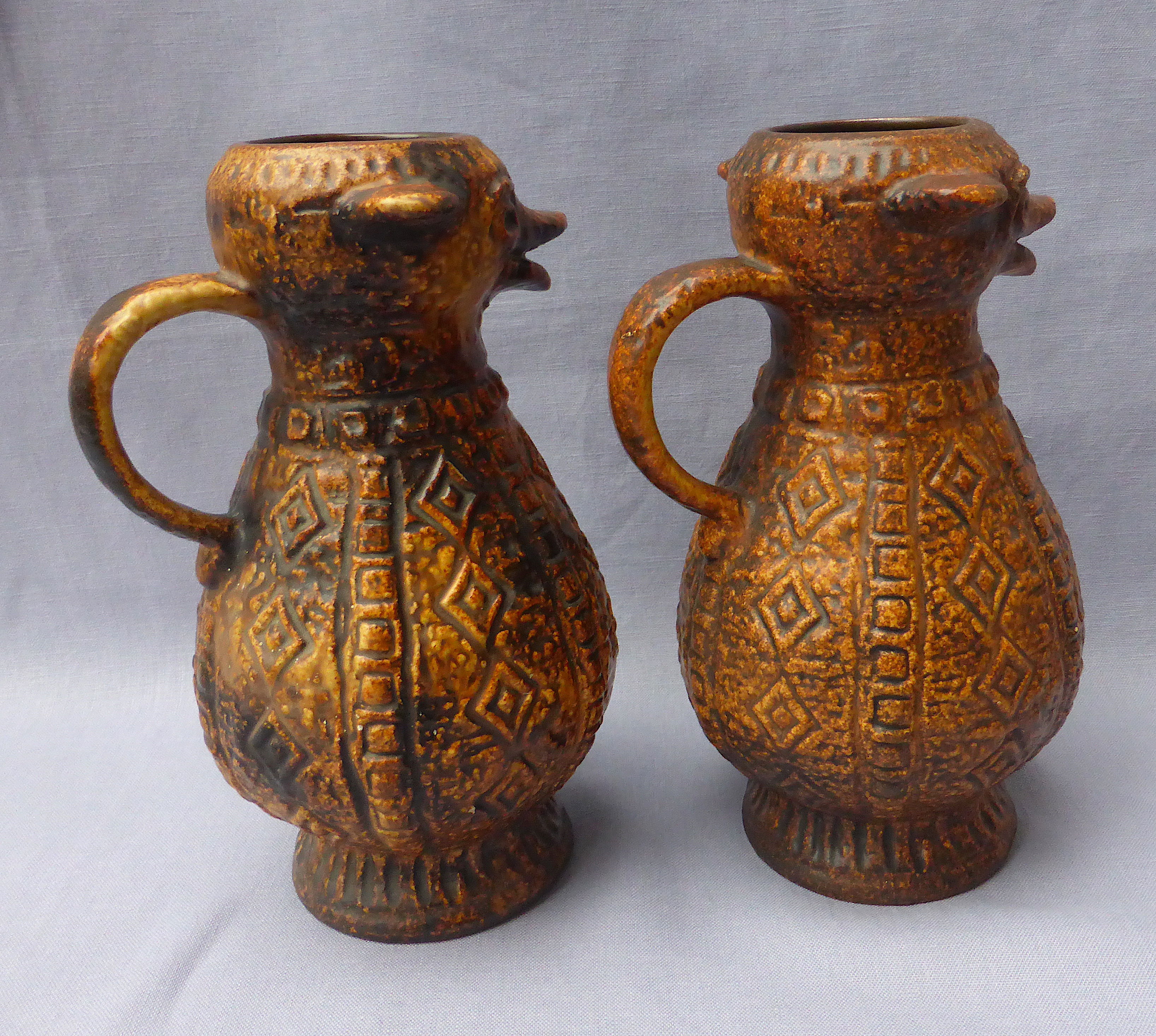 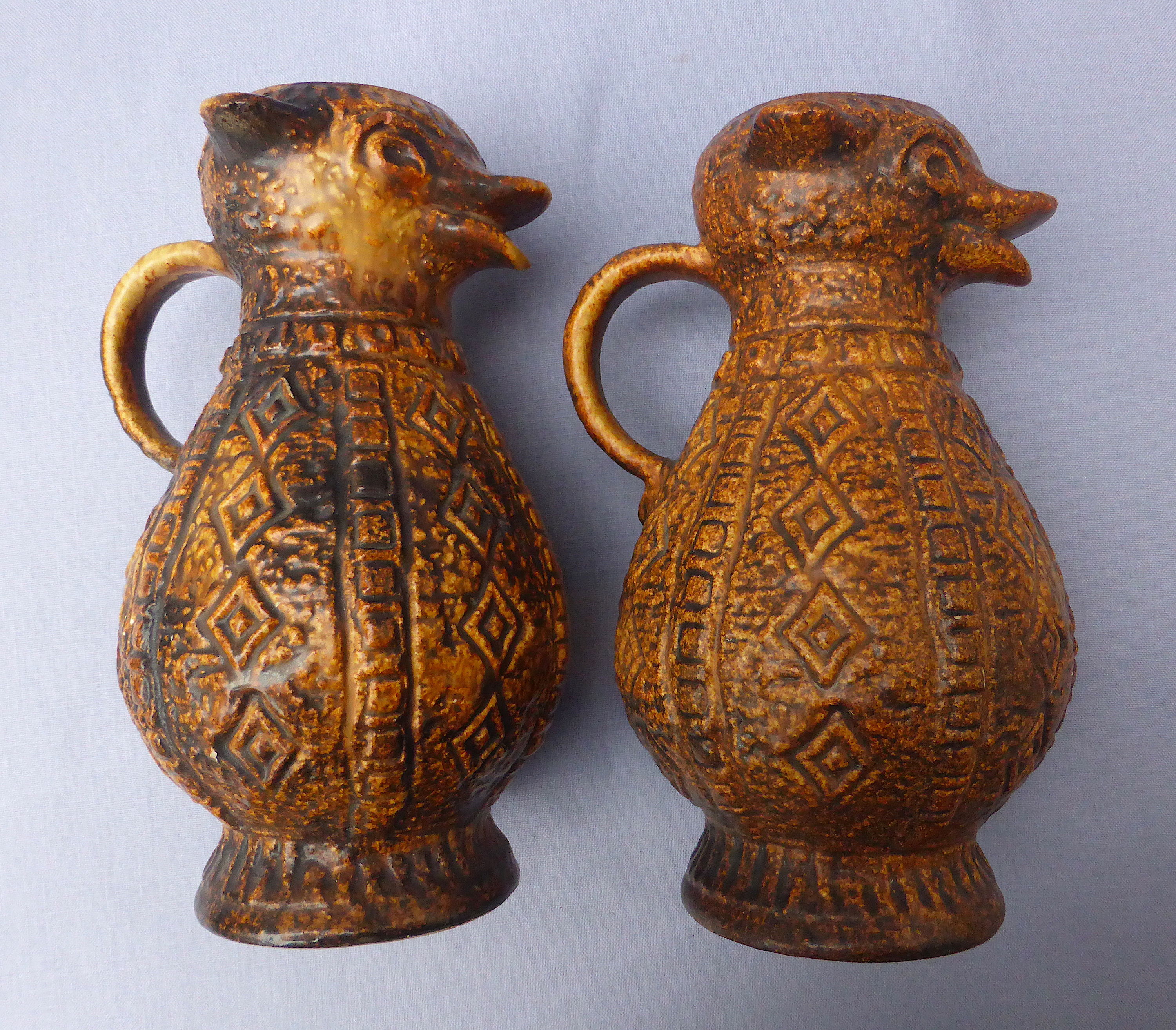 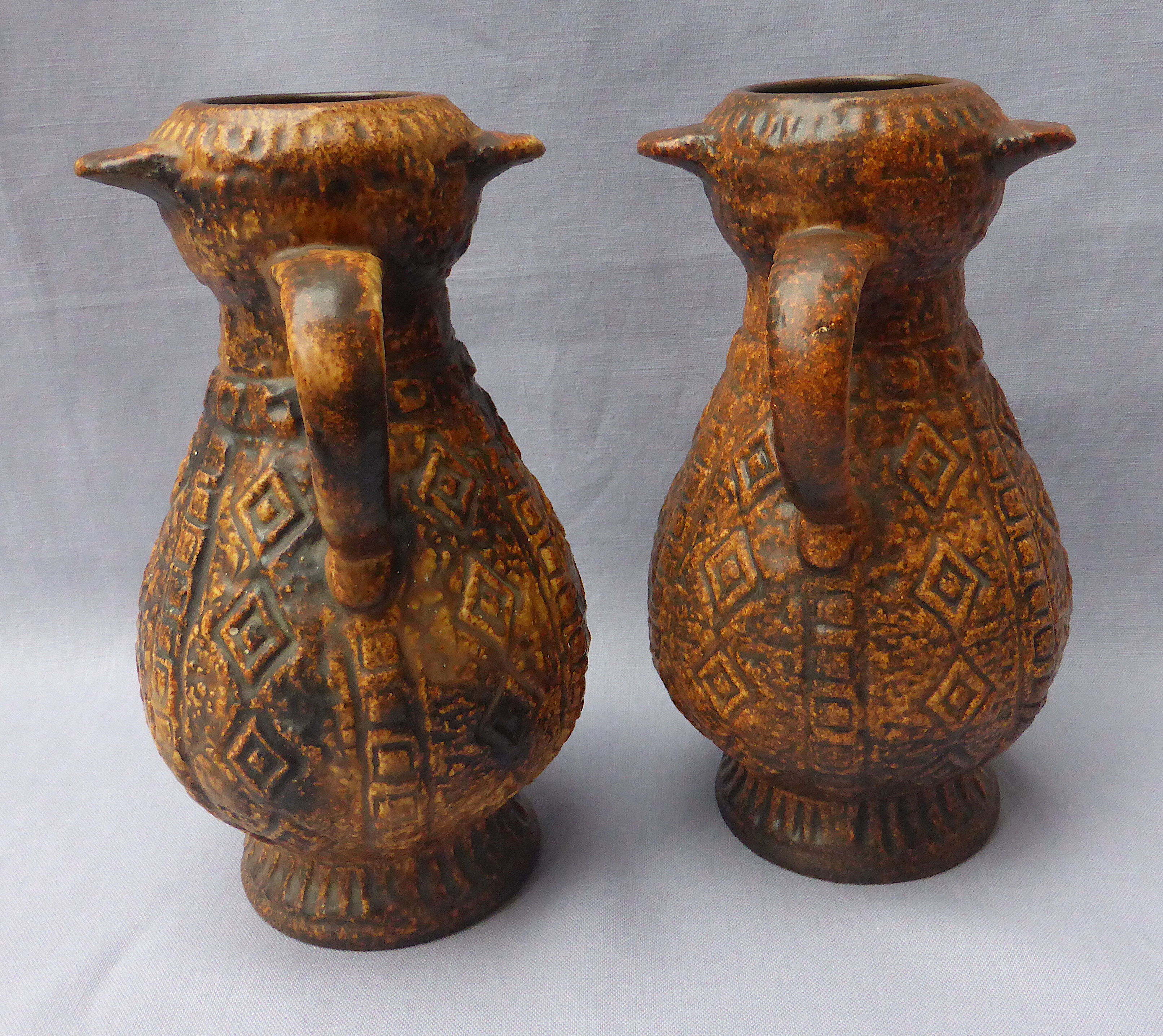 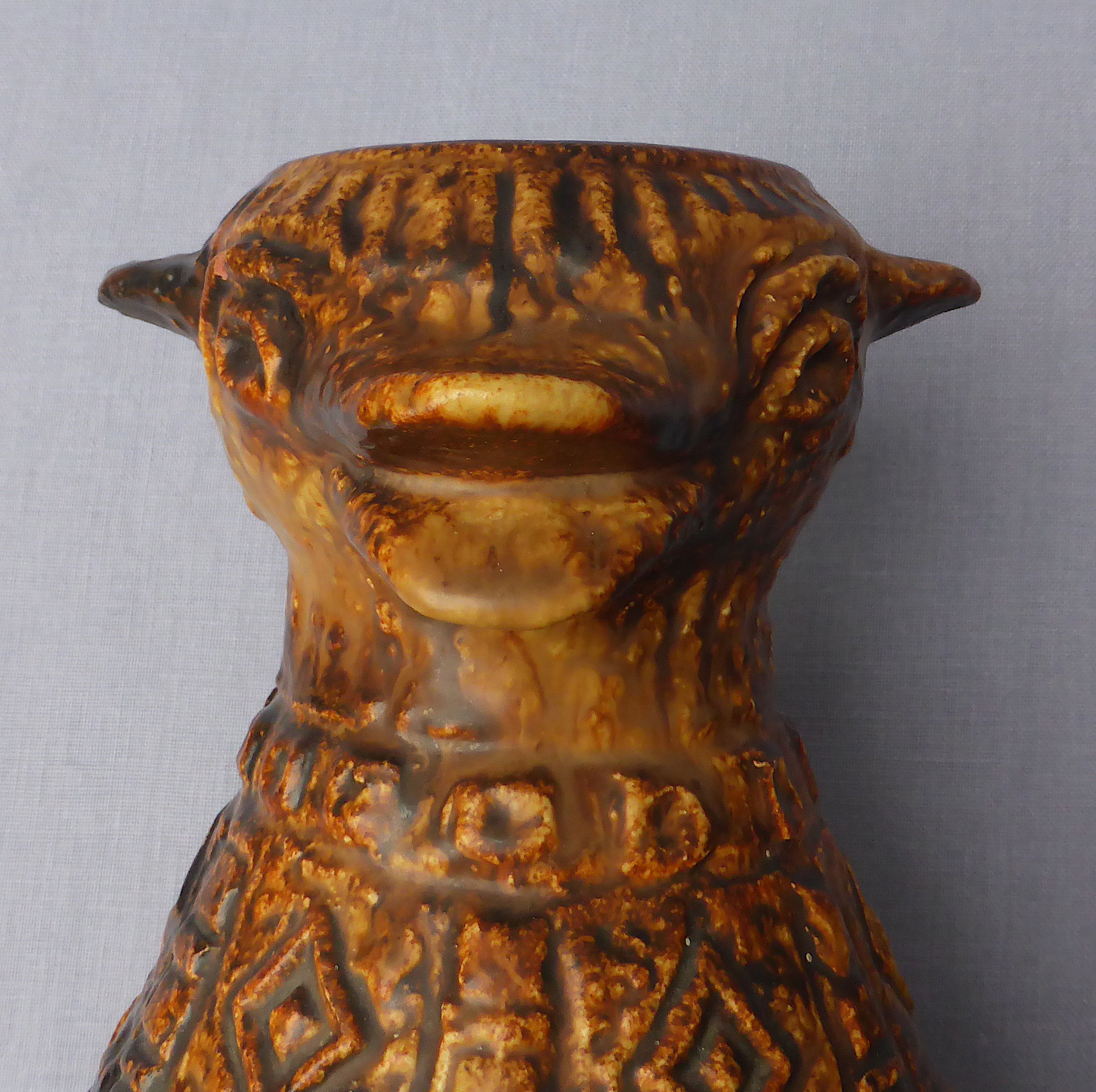 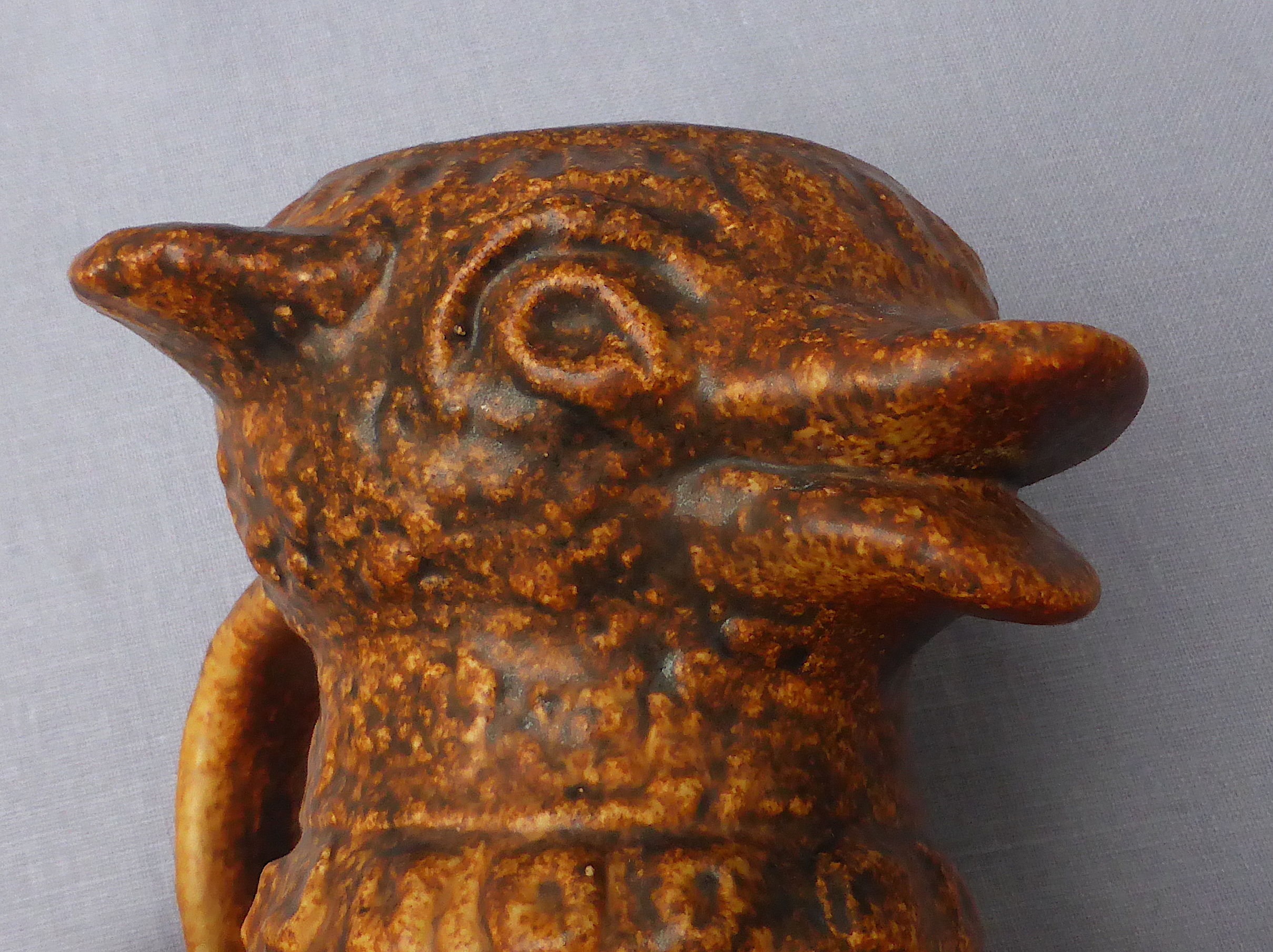