An early 20th century 'Pocket Forecaster' made in England by Negretti & Zambra. It is made of 3 concentric celluloid discs printed with wind directions and barometric scale. The discs are adjusted according to current conditions and an accurate forecast for future weather conditions is provided through three little windows in the top disc. The code to decipher what the readings mean is provided on the reverse.

This handy little scientific instrument was originally patented by Negretti & Zambra in 1915. This example dates to around the early 1920s. It is complete with its original box and instruction leaflet.

This piece is in excellent condition for its age. 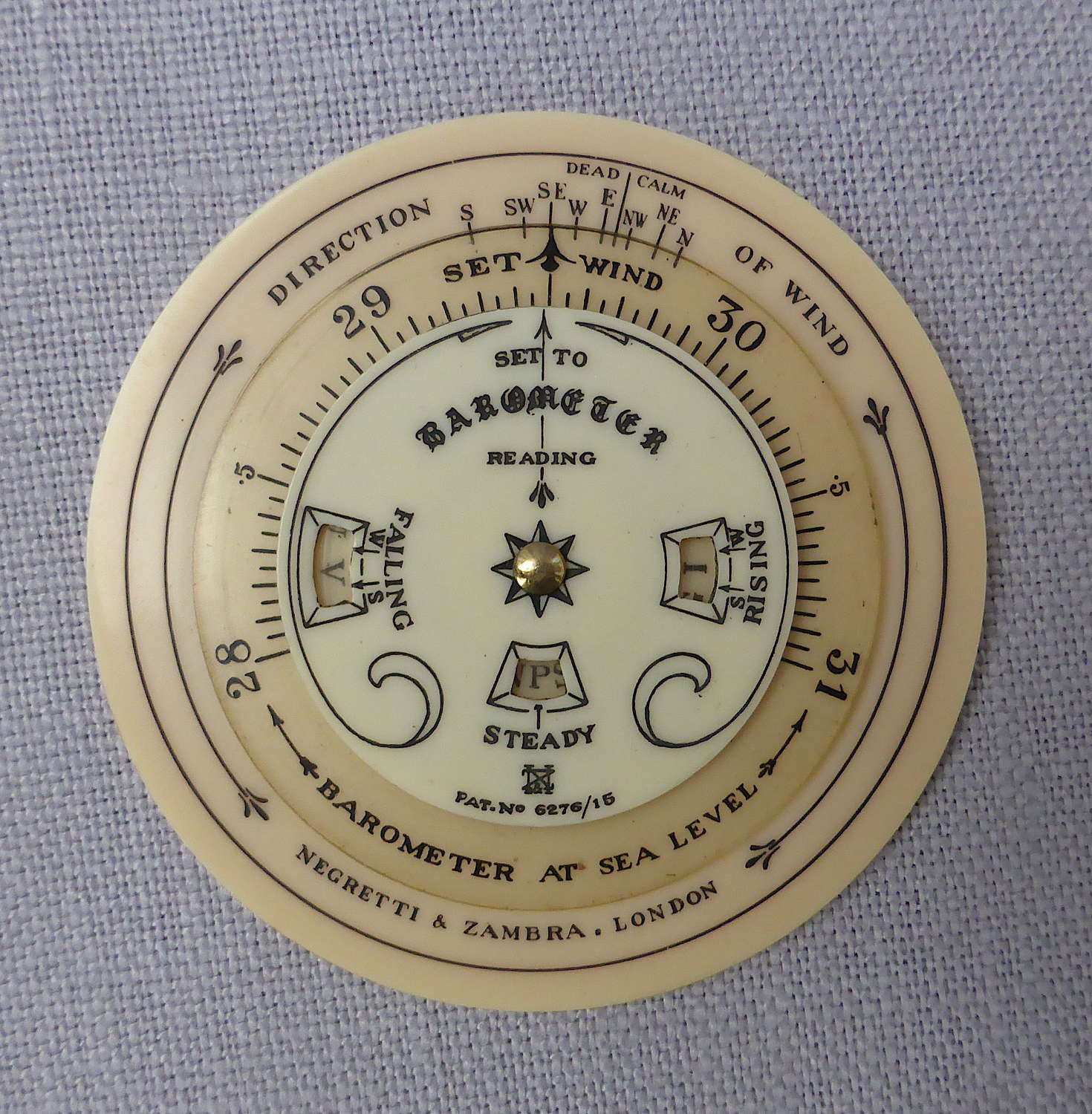 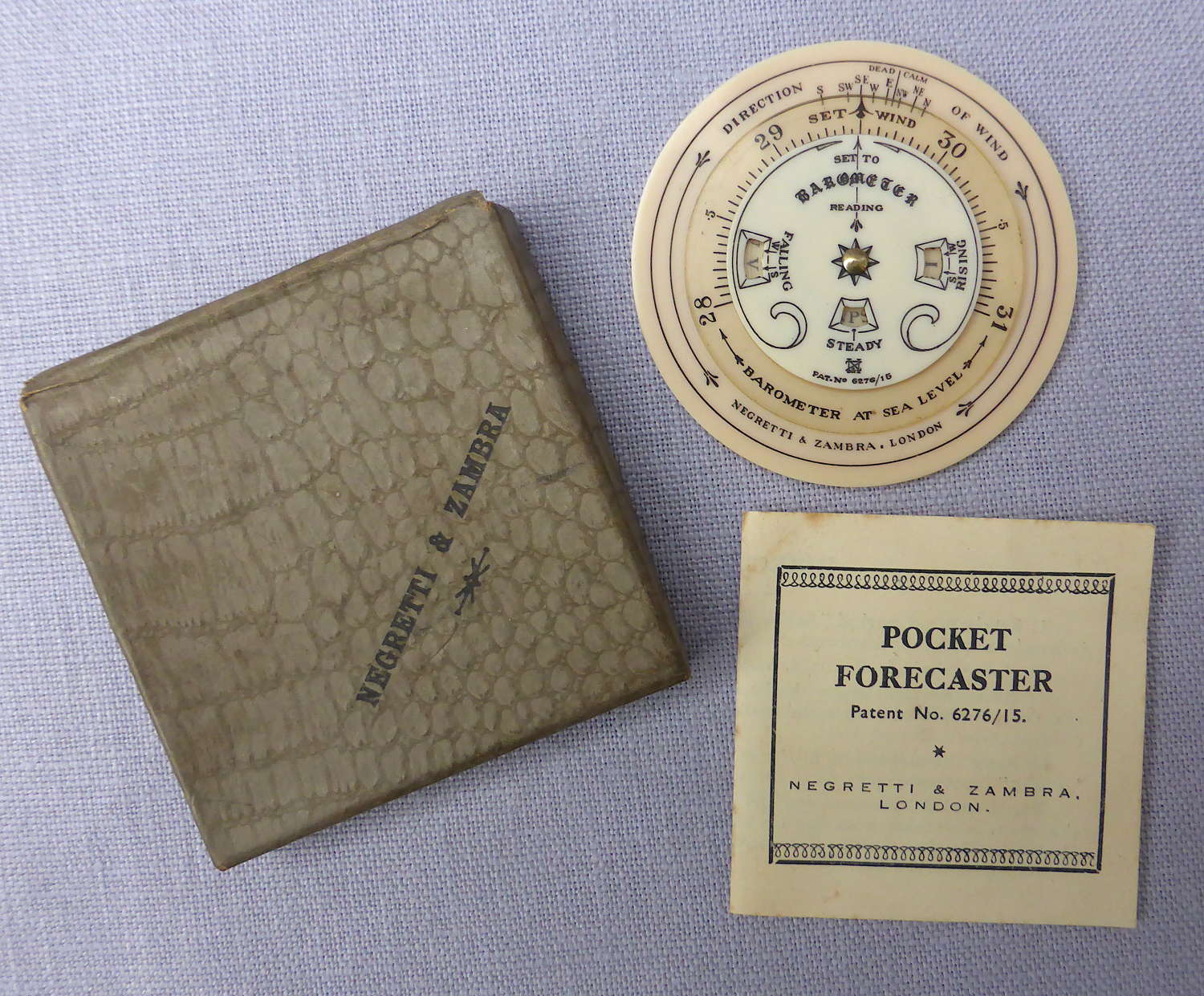 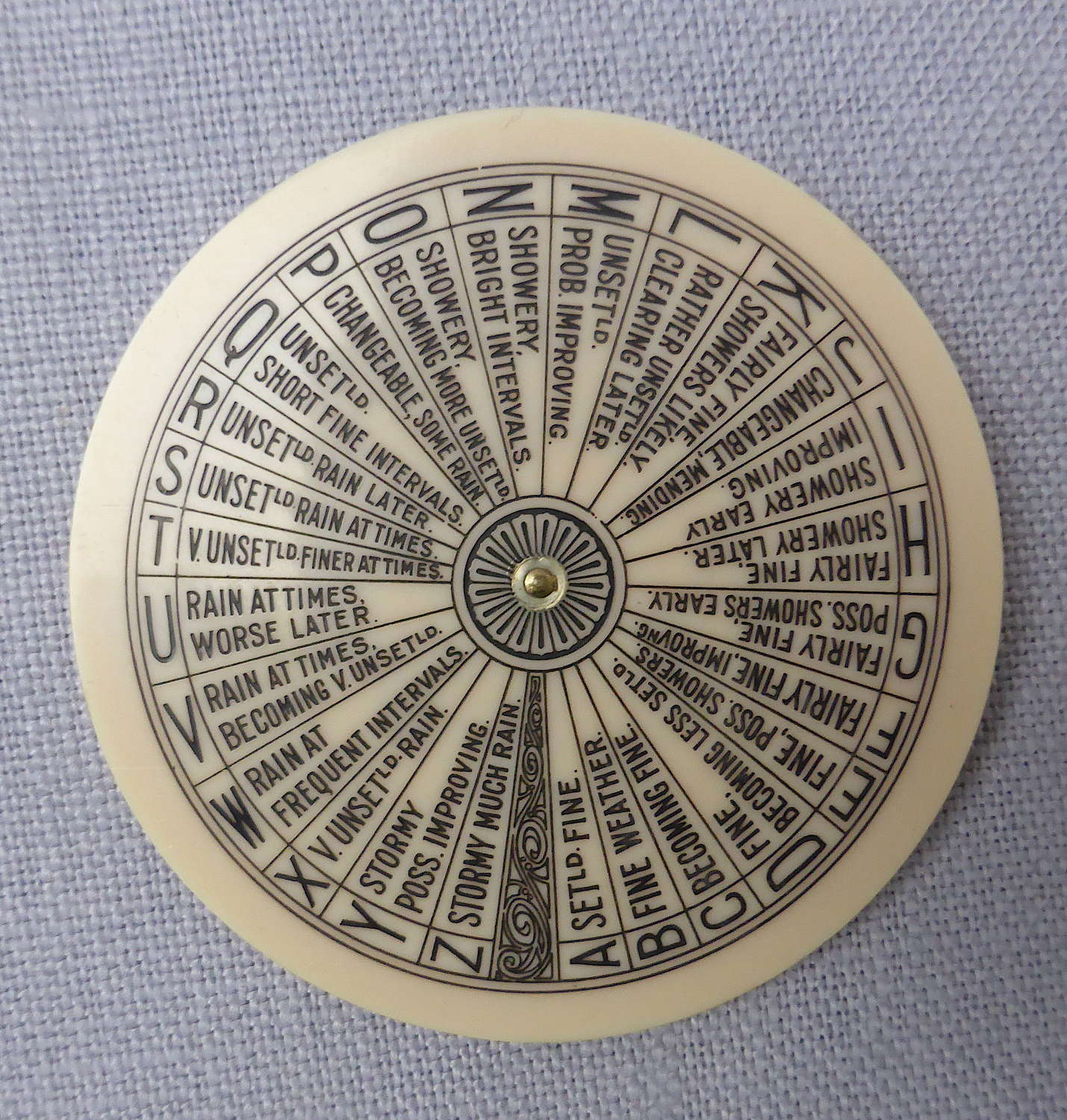