A charming cast reconstituted stone garden gnome, made in West Germany by Heissner in approximately the 1930s/40s. He bears the model number 911 which identifies him as a gnome known as 'The Angler'. He has a fishing bag across his body and would originally have been holding a wooden fishing rod - this is no longer present. He is well modelled and has an appealing face. The model number and Heissner name are impressed into the back of the figure. He still bears traces if his original paintwork. He is nicely aged and weather worn, and is in good original condition. 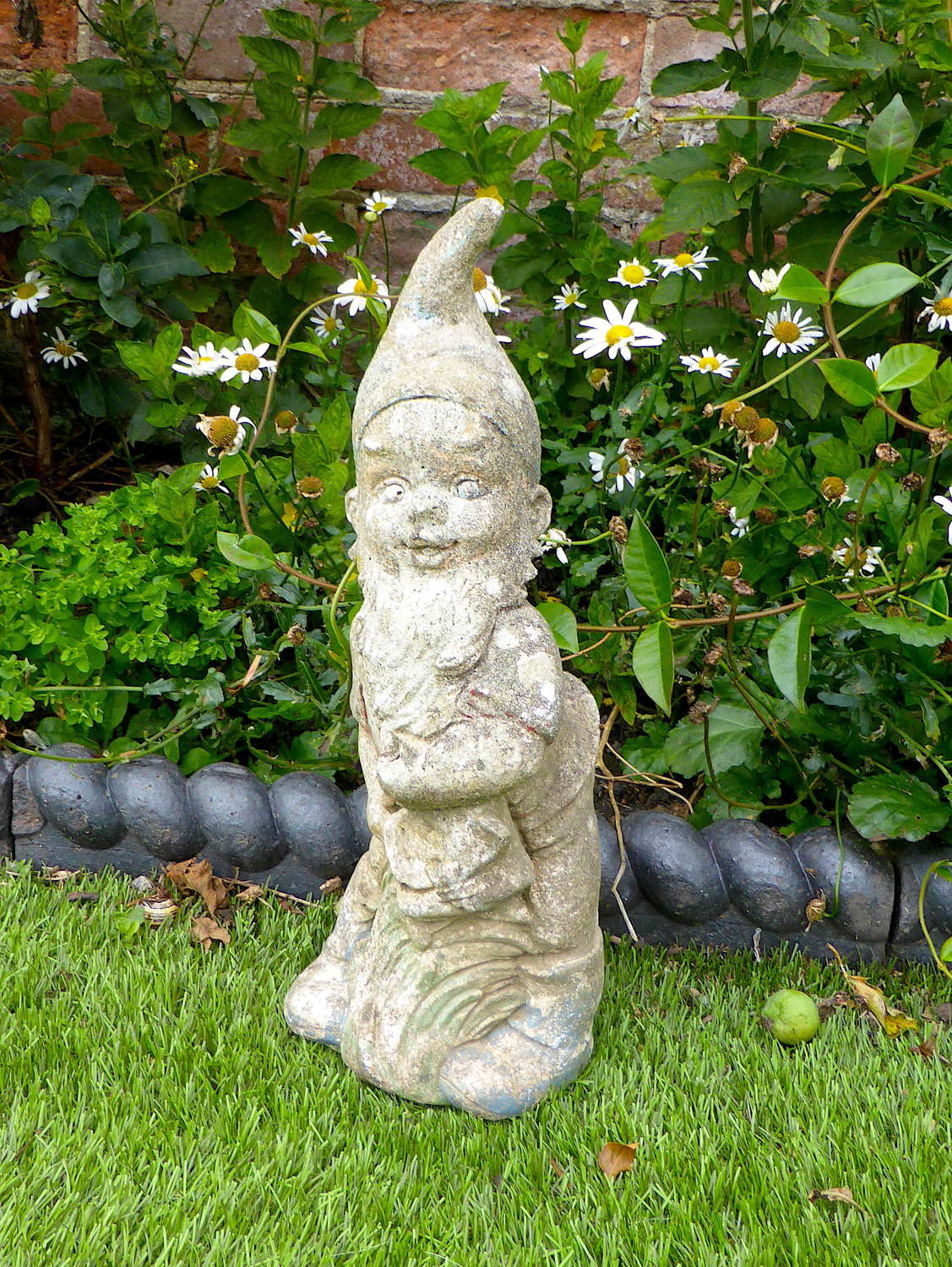 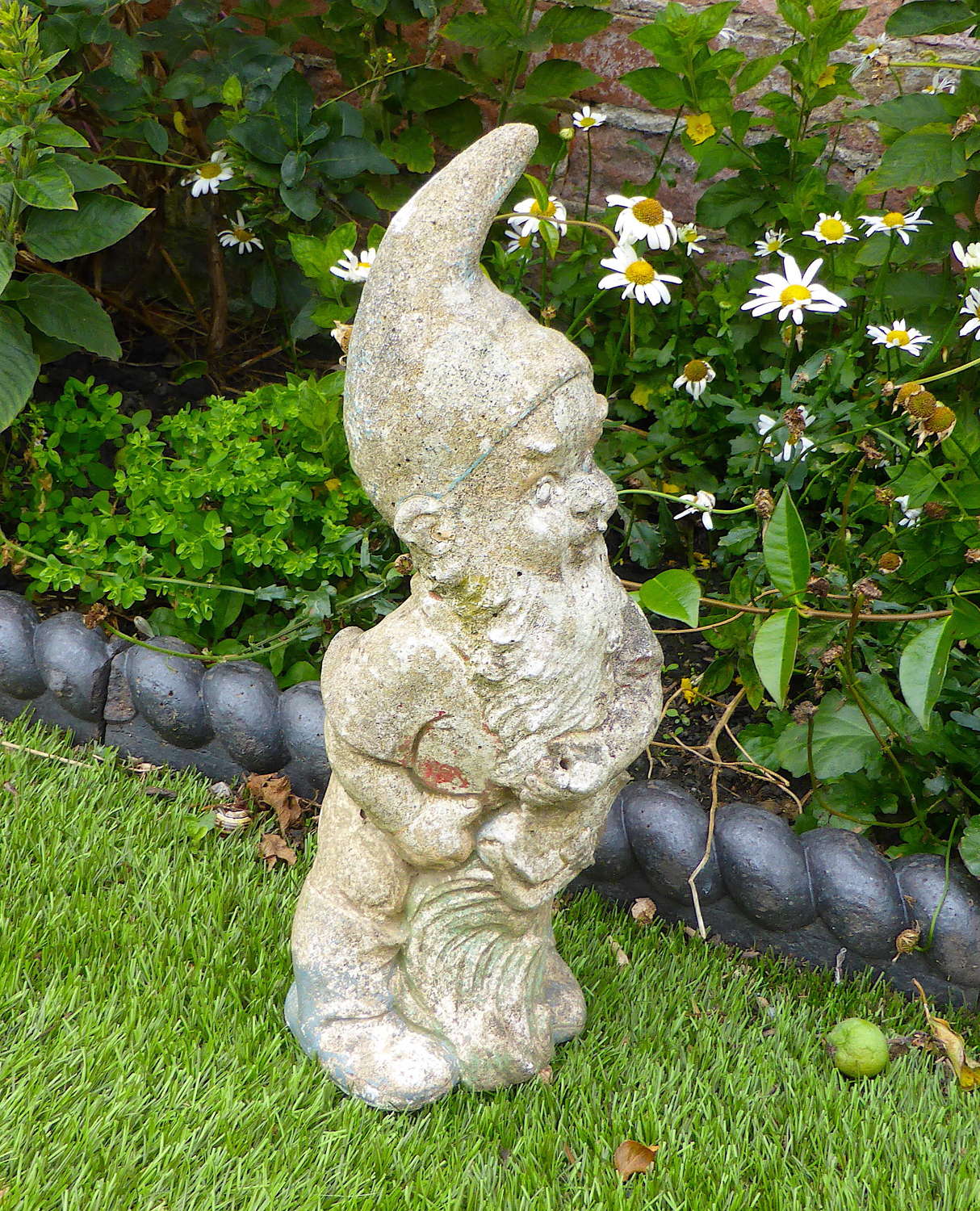 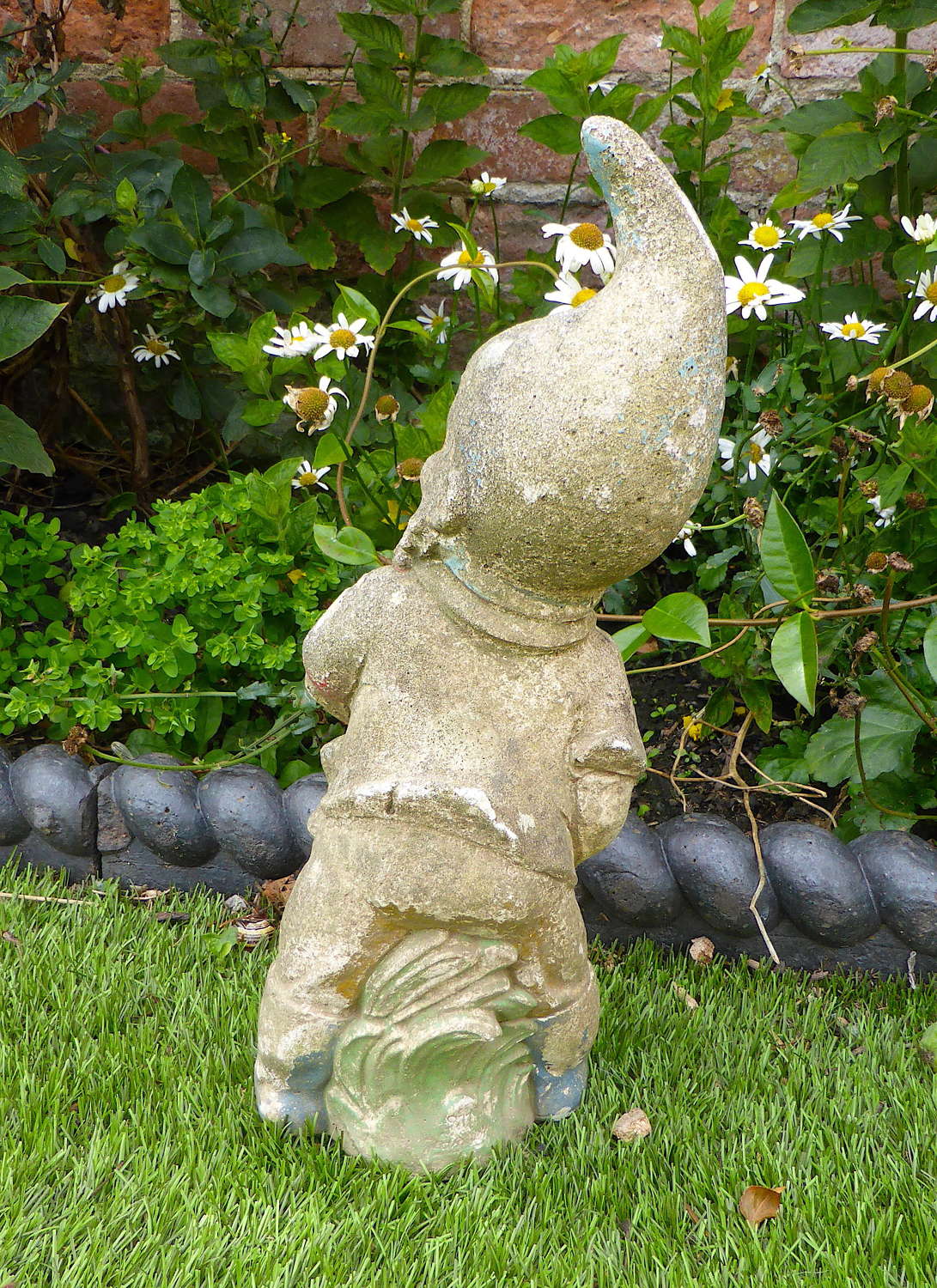 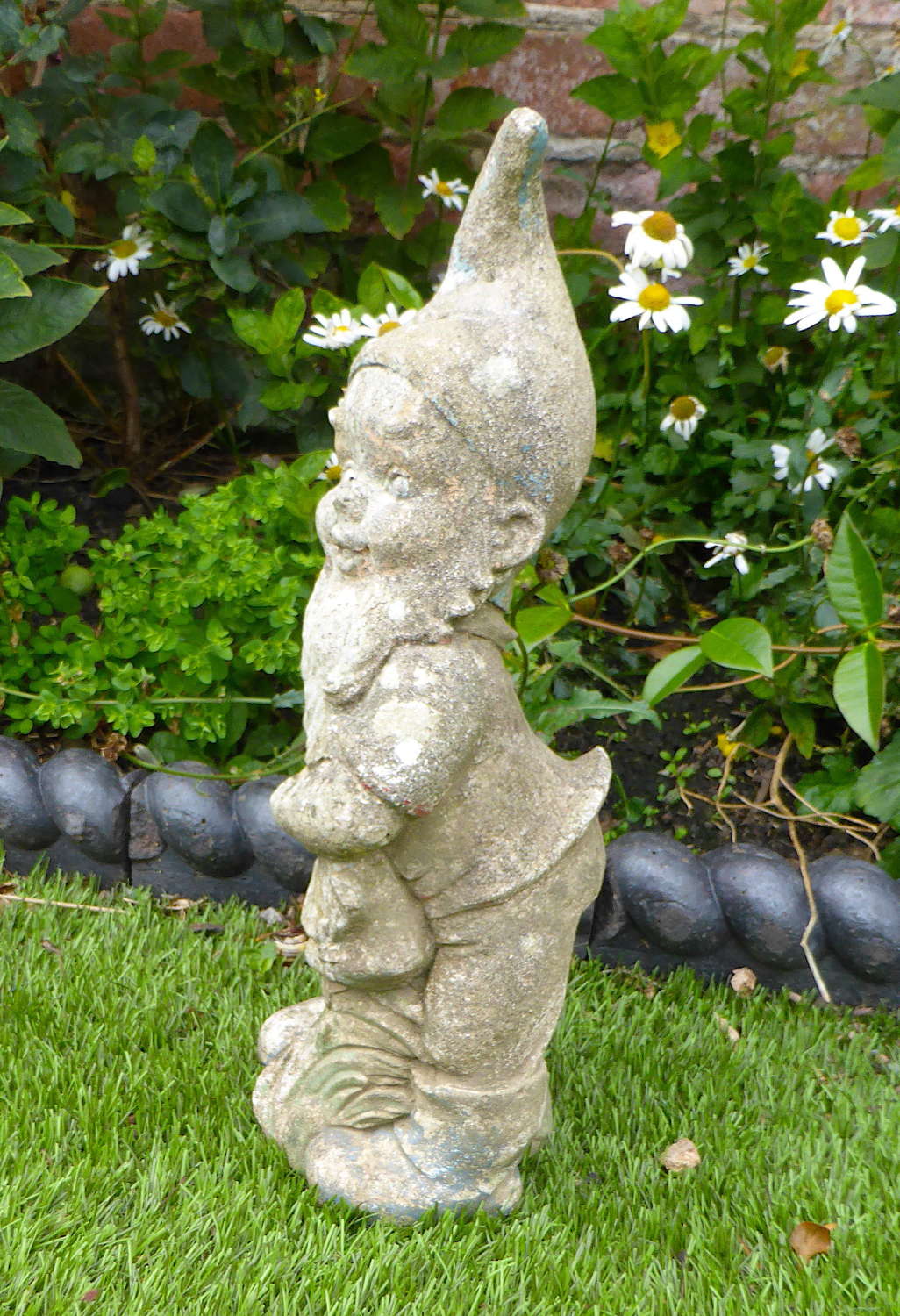 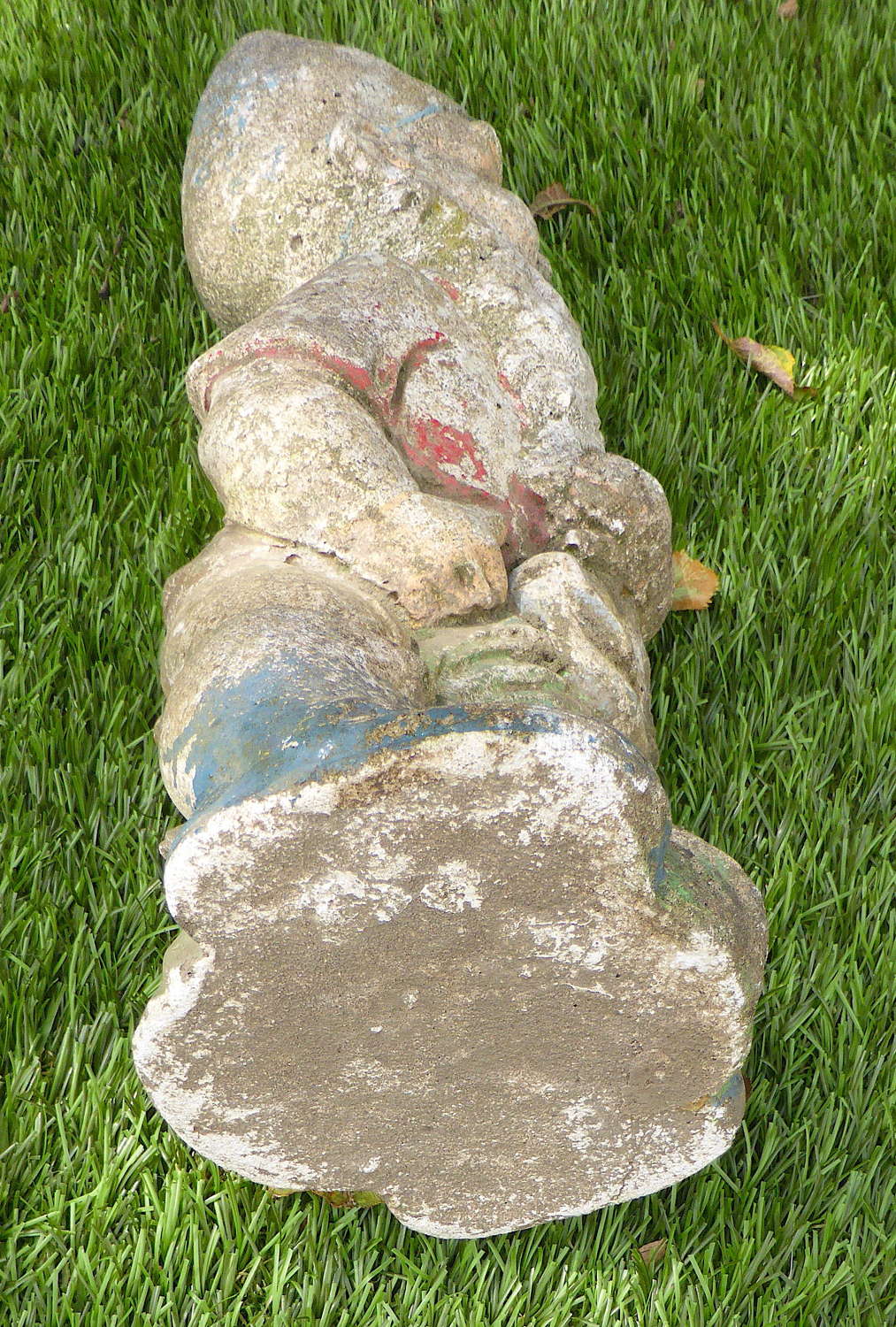 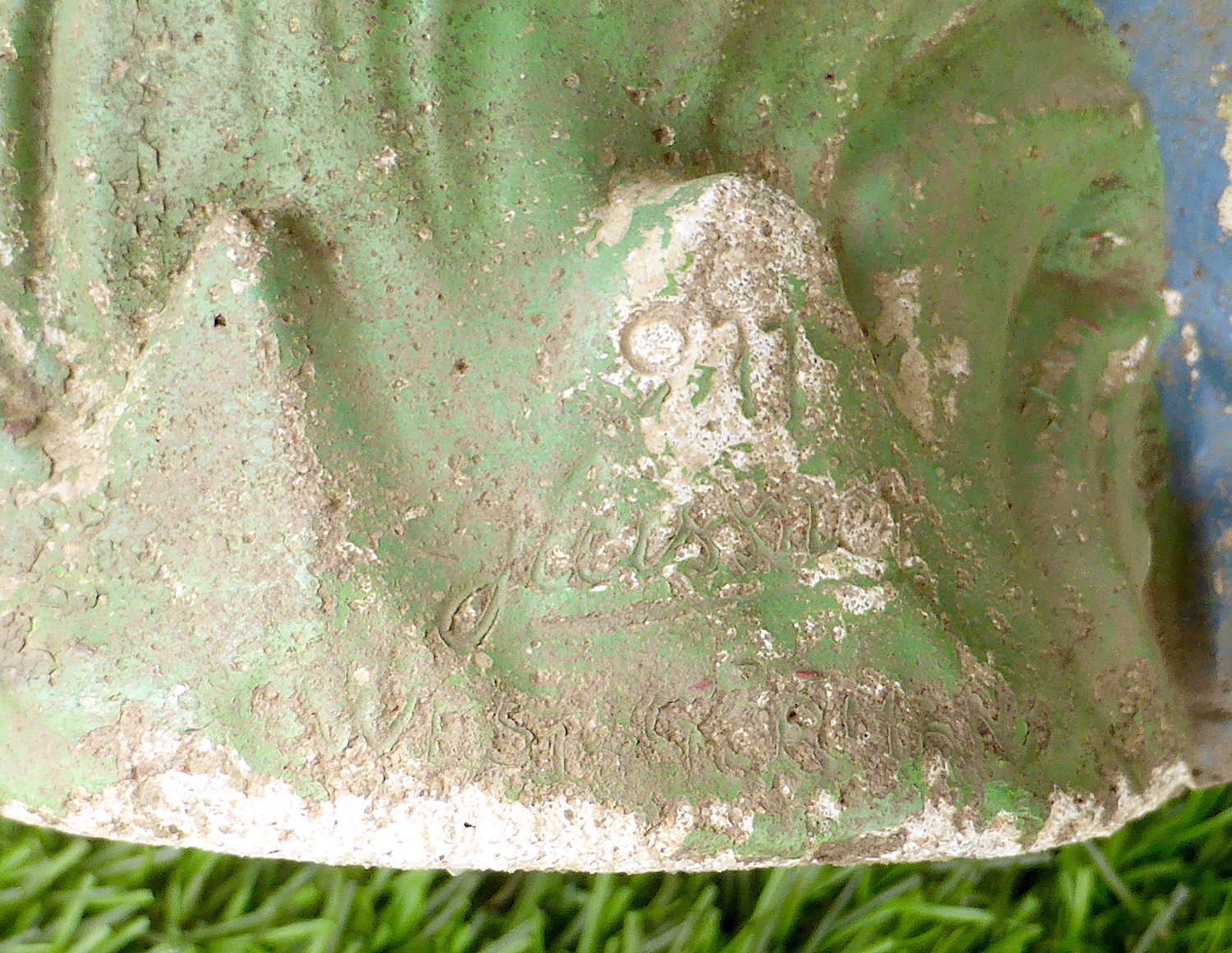